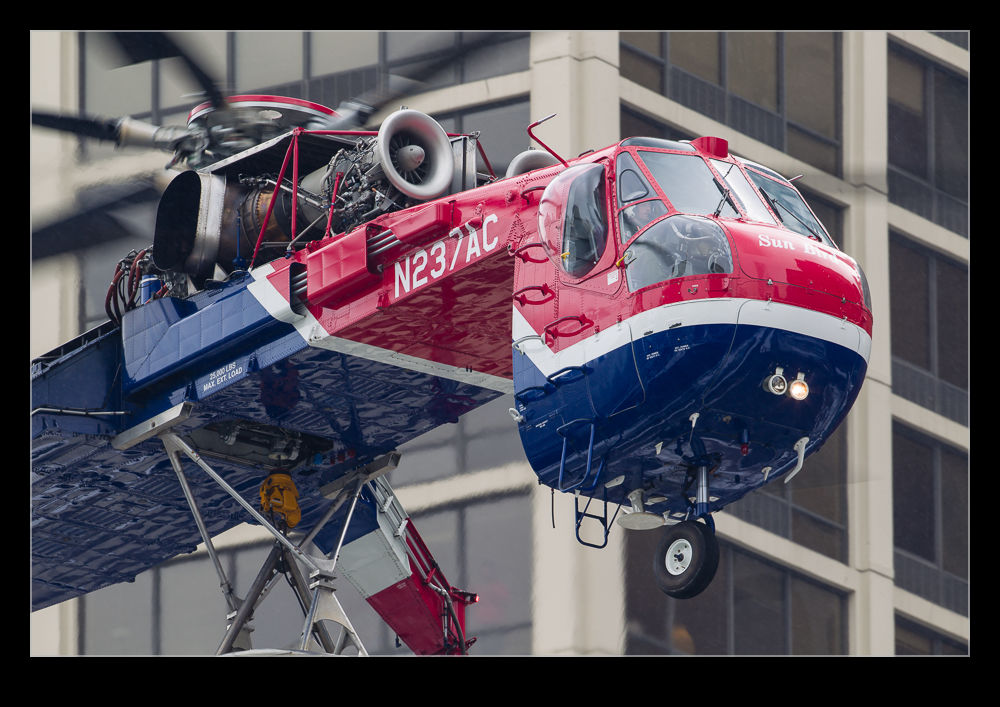 Regular readers of this blog will know how much I enjoy shooting helicopter lift operations in the city. Midwest Helicopters are the local operator and a great bunch of people who have helped me out lots of times. This lift proved to be one of those times although it wasn’t them doing the job. They had finished a job in the city on a very snowy morning and I was exchanging messages with their Chief Pilot when he mentioned that Erickson were in town for a job. 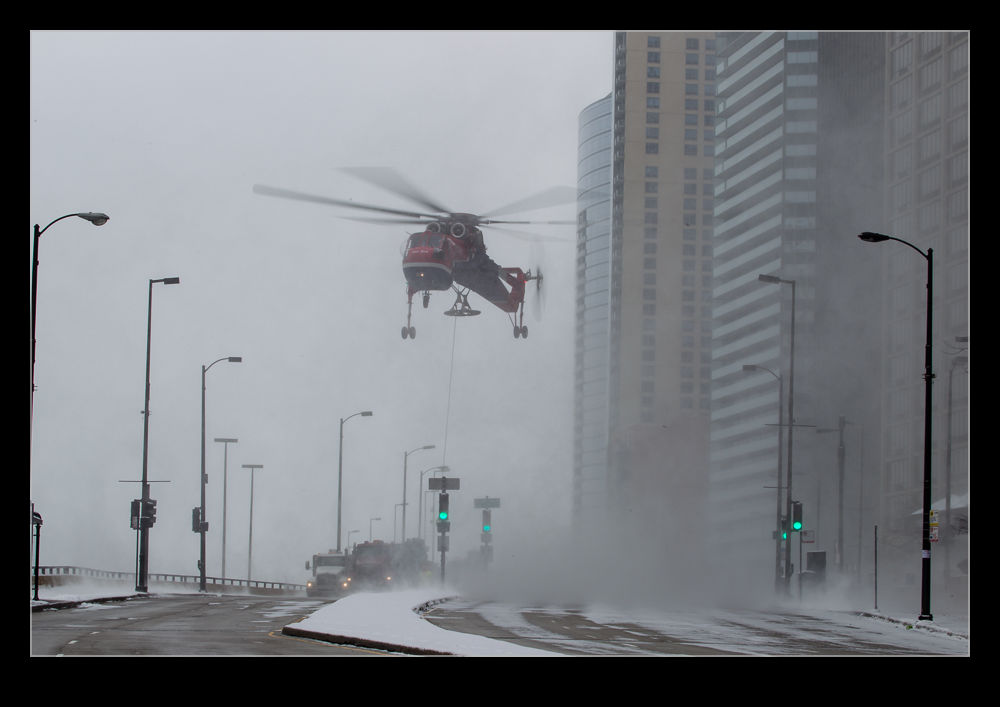 Erickson specialize in lifting very heavy equipment. Midwest fly Sikorsky S-58T aircraft which are good for about 4,500lbs. Construction Helicopters in Michigan (who have made appearances on this blog too) have S-58T aircraft as well but tend to bring S-61Ns to Chicago since they have a higher capacity of up to 8,000lbs so can lift loads too heavy for the local guys. Erickson are a different story altogether. They build and operate the S-64 which can lift a whopping 25,000lbs. This is obviously way above the capabilities of the other operators and way more than most jobs can justify. 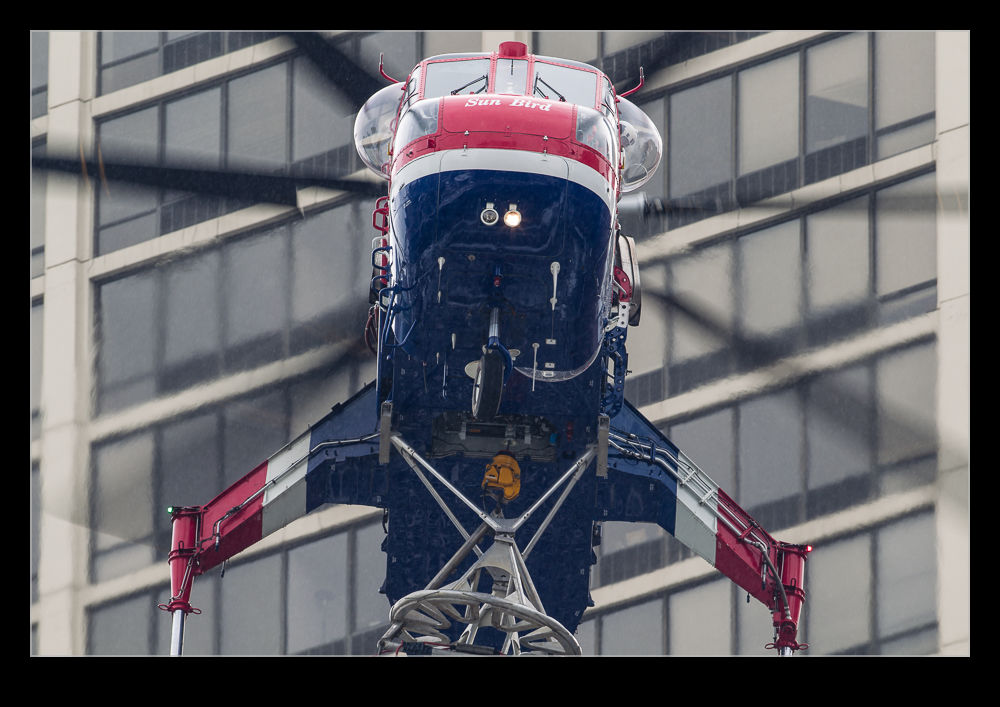 Consequently, an appearance by Erickson in town is not so common and is worthy of a look. Moreover, they were lifting just across the river from my home so how could I not go? I have worked on site with Erickson before and so contemplated calling to arrange to be there for this job. However, I was suffering with a bit of a cold and the weather forecast did not look promising so I decided to not try and be on site but to shoot from outside the safety perimeter. Since the lift was alongside the river, getting good shots should not prove to be difficult. 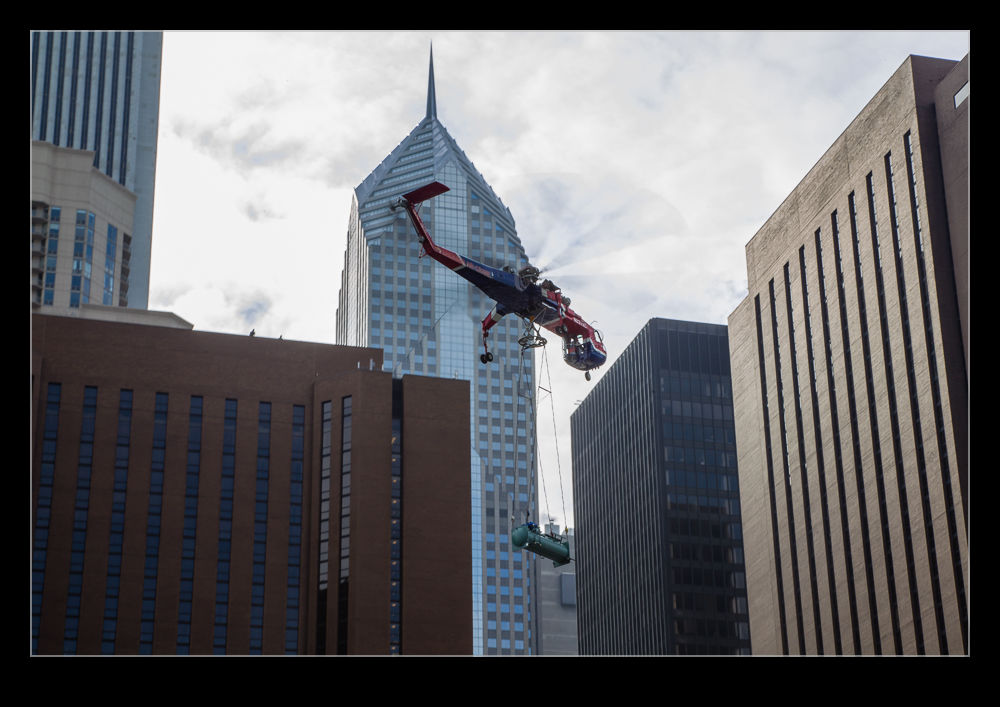 Come the morning of the lift, visibility was terrible and snow was falling hard. All this could be seen from my window so I didn’t need to be out on the ground. Instead, I got ready at a leisurely pace and grabbed a couple of cameras when the weather started to improve. The streets around the Hyatt Regency hotel (the location of the job) had been closed for a while which I found curious since they obviously weren’t going to start until the weather cleared. Lifting in poor conditions is tricky enough but getting to the site in the first place is more of a problem. 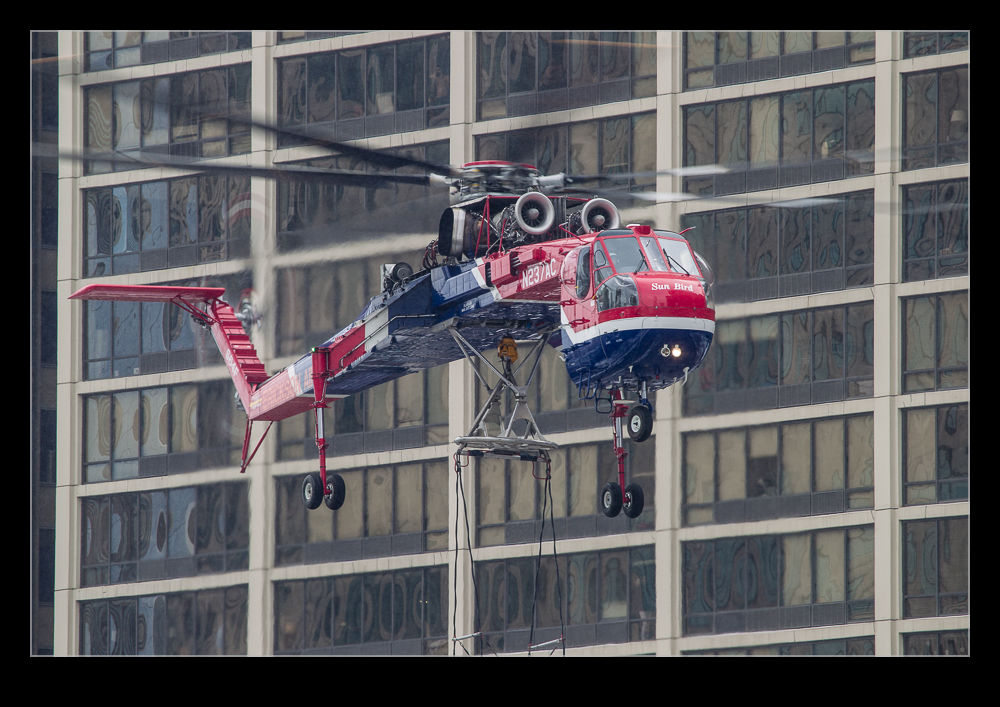 As the weather started to clear, I talked to one of the crews maiming the perimeter and he confirmed that they had launched and were on their way, Time to wait. The S-64 is a big beast and you don’t have any questions when it arrives. It’s sound travels well and you know it is coming. Fortunately, there were a bunch of loads to go up (and some to come down too), so there was plenty of opportunity to shoot at different locations. Moving across the river provided some alternative views of the lift. Meanwhile, the weather was continuing to improve until it was actually sunny. Sadly, the lifting location was always in shade but you can’t have everything. Watching the downwash blow the snow around both on the ground and on the roof was quite amusing. 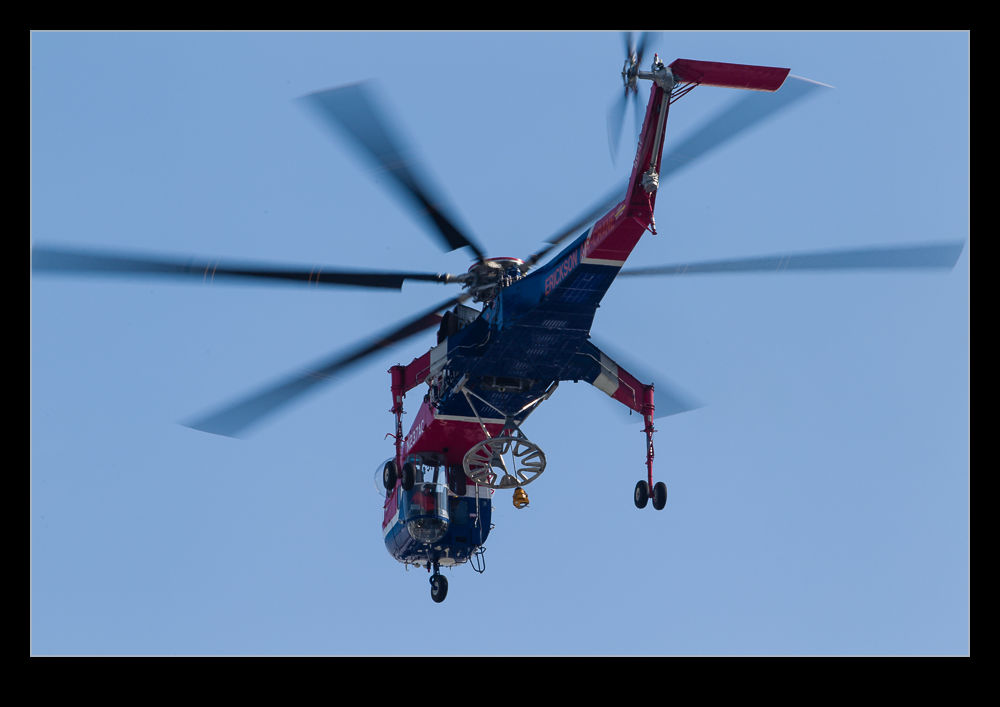 The lift seemed to go well and I covered everything I was after. I also got some video which I shall share later.