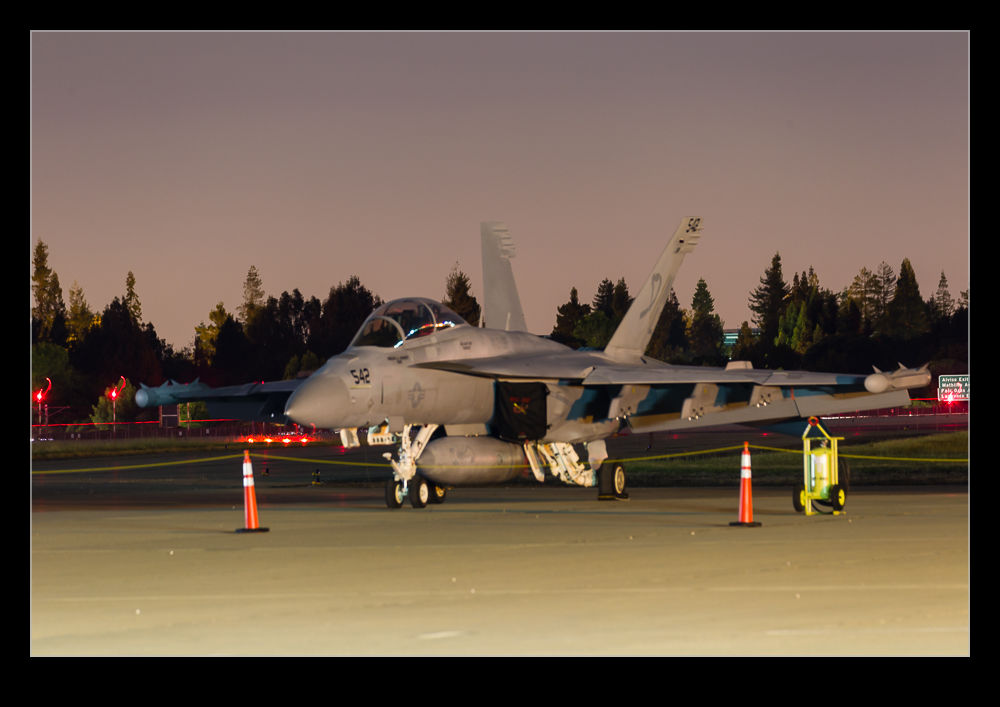 And I could barely see much myself!  We were on the ramp at Moffett Field for the arrival of Solar Impulse.  There was some time to wait while we were out there.  As I looked around, I thought I could see something parked further down the ramp.  There was very little light but there appeared to be some aircraft.  I figured it was worth a look given that I had a tripod.

In the days of film shooting, I couldn’t trust the camera metering for long exposures.  Reciprocity failure was part of the issue but the cameras were a lot less advanced in those days.  In this case I trusted the camera for the first shot and it worked out really well.  Sadly, there was nothing to focus on so I made my best forts at focusing on what was visible and it was some background lights.  Sadly, they were too far away to get focus on the aircraft.  The sensor was able to gather the feeble light without any problem though.

It turns out that there was a pair of Navy E/A-18G Growlers sitting on the ramp.  Leave the camera to it and you get a reasonable exposure.  When I saw the shot appear on the screen, I was quite amazed.  I was looking at the jets and I could barely make anything out.  The camera was able to see the whole thing – just out of focus based on my inability to focus it properly.