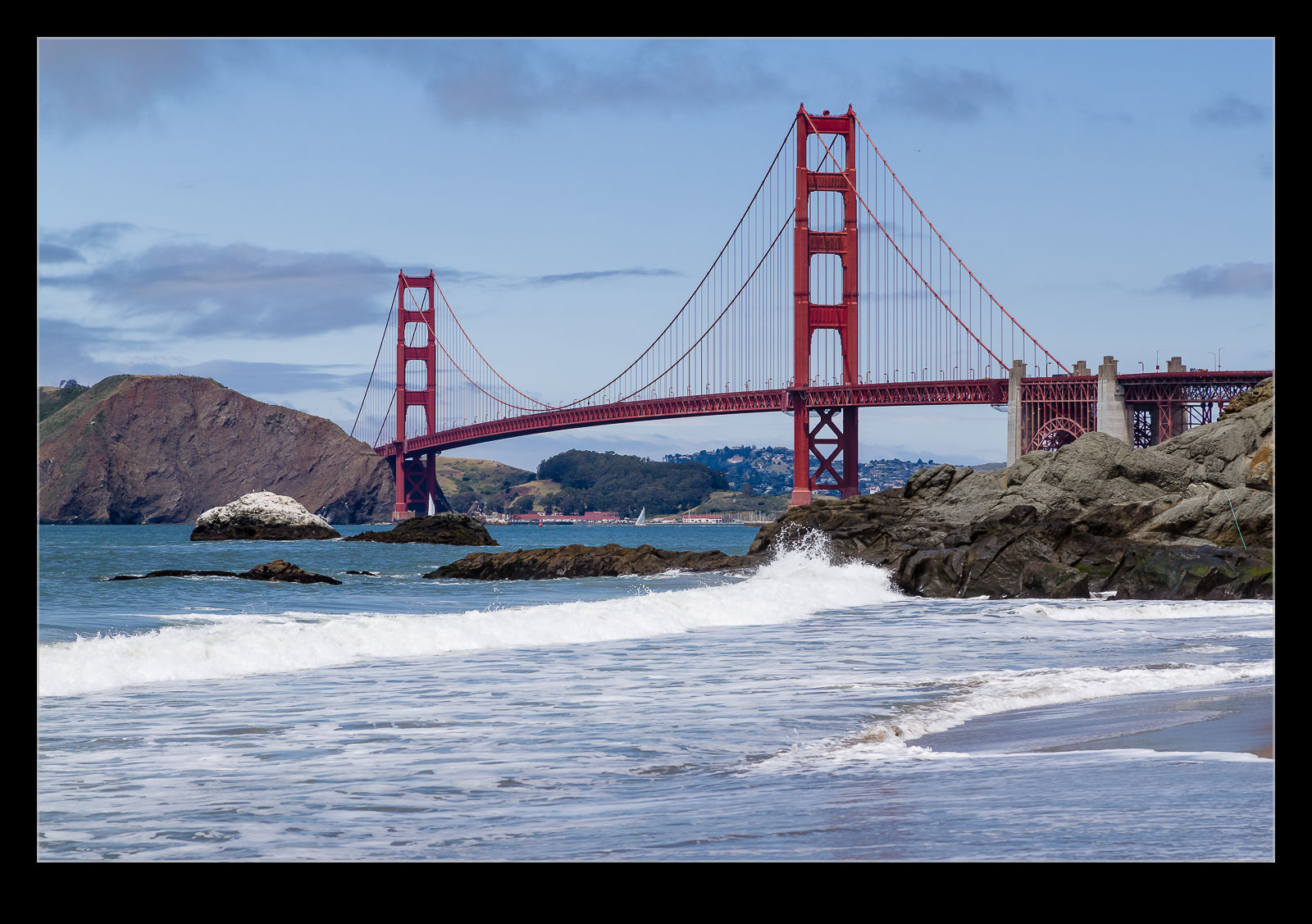 The Bay Area is not short of photogenic locations.  Probably the most famous is the Golden Gate Bridge.  I have certainly photographed it many times from different places.  One that I have not shot from before, though, is Baker Beach.  Located on the outside of bridge on the south shore, it provides a nice angle on things.  I had seen plenty of shots from there before but my previous effort at visiting had occurred on a day when visibility on the shore was just good enough to see your hand in front of your face. 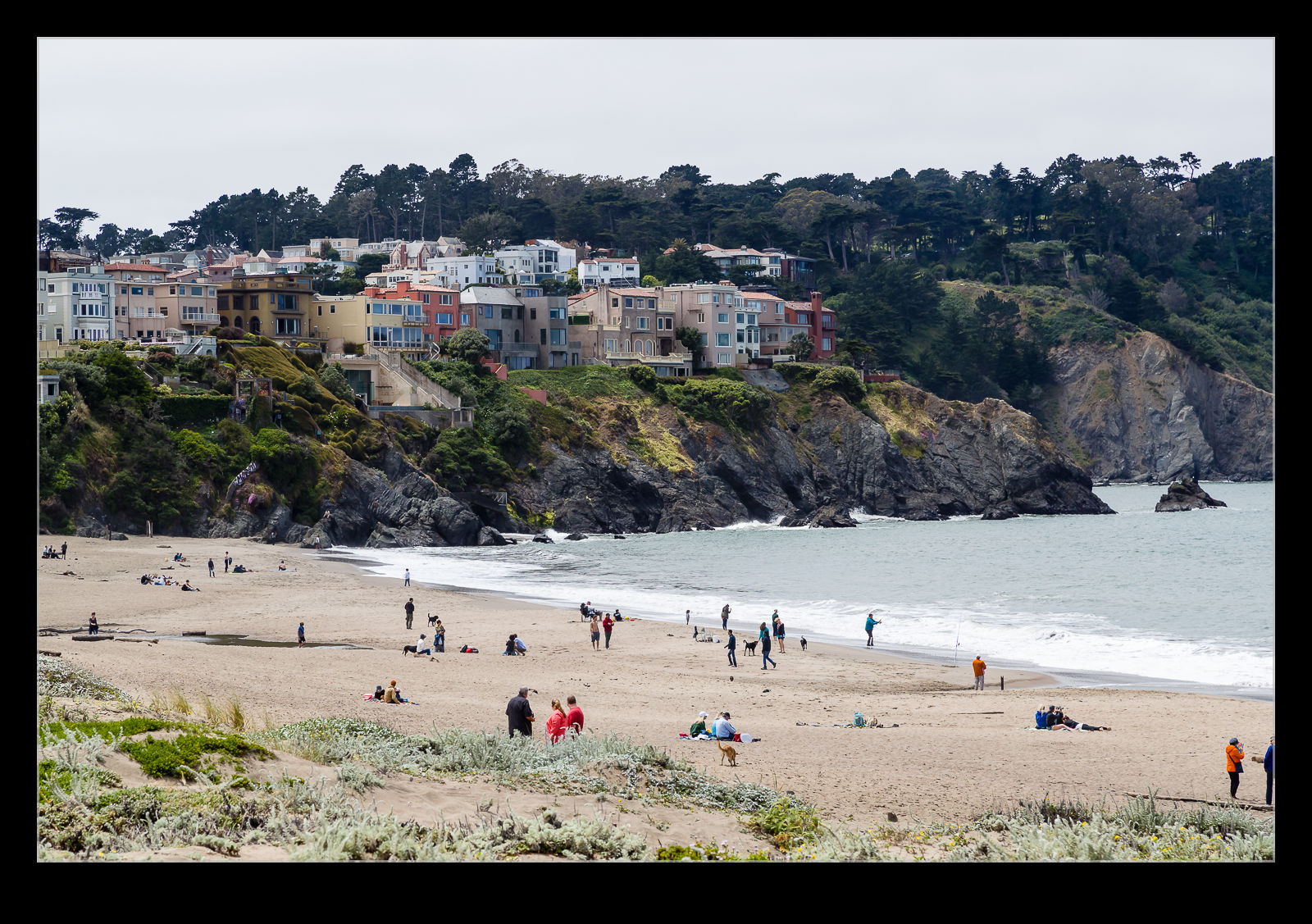 Nancy and I decided to check it out as a fall back when something else we had planned proved to be so busy we couldn’t find anywhere to park.  We headed to the beach and strolled along the sand avoiding (most of the time) the waves rolling up on the shore.  The view of the bridge was much as expected.  As we wandered around, a number of container ships came into view heading for the bay.  I was curious to see just how large they looked when compared to the bridge.  We loitered until one of them went under the bridge.  It suddenly looked a lot less impressive, even though it reached a good distance towards the bridge deck. 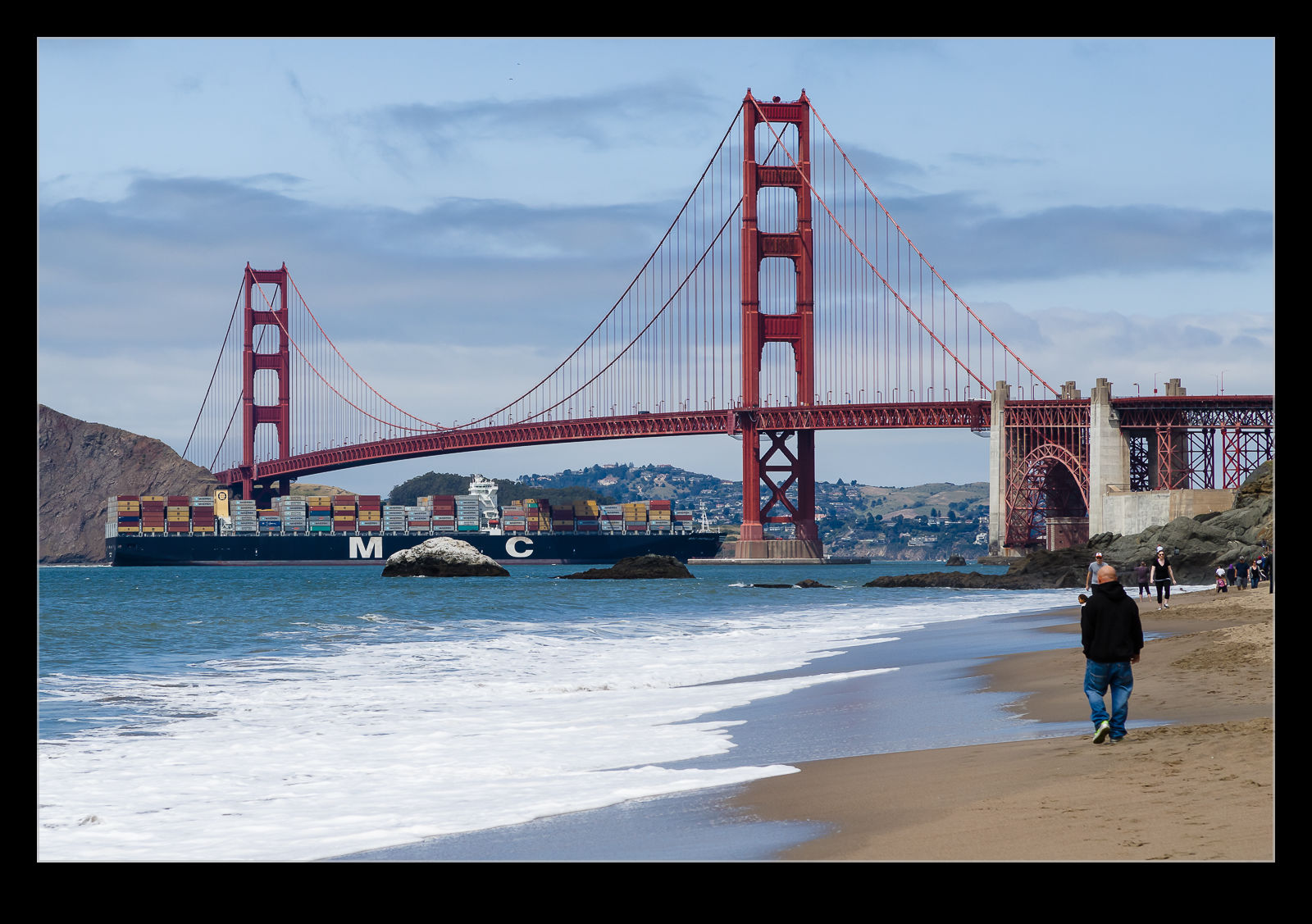