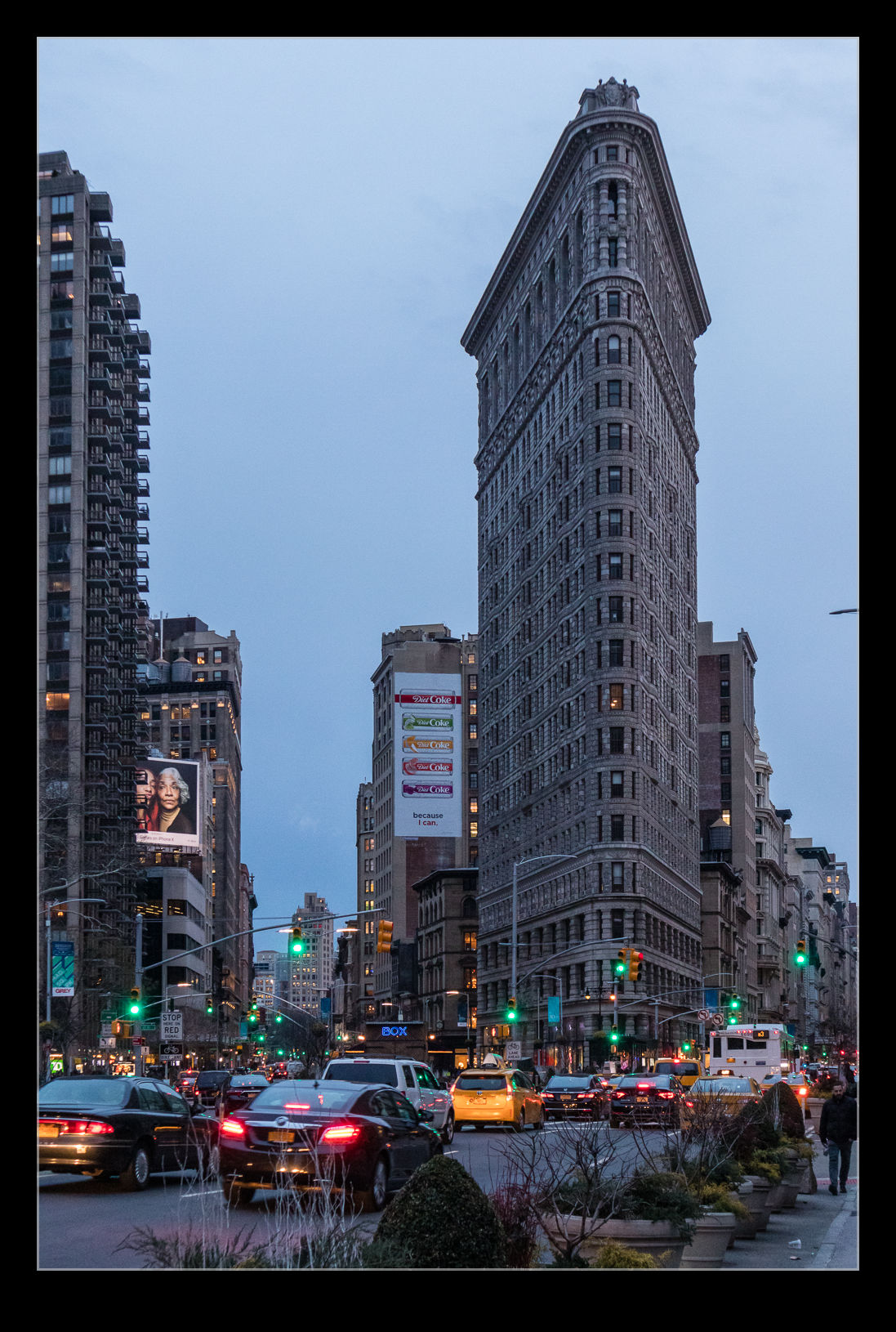 When I worked in Oakland, I got some images of the building on Broadway and Telegraph that slots into the narrow wedge shaped plot of land.  In my post on that building which you can read here, I talked about the Flatiron Building in New York.  Finally, on a work visit, I got to see the original (assuming it was built first).  It happened to be right next to the place I was meeting a colleague for dinner.  Couldn’t resist taking the camera along for that. 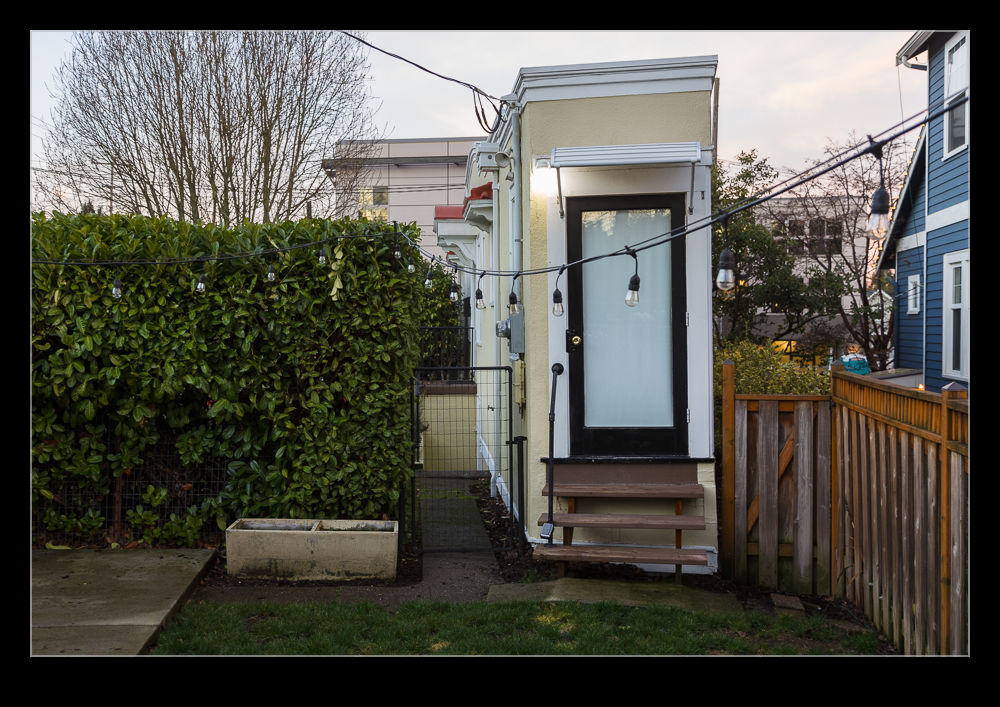 I saw something online about people building houses in unusual spaces.  Sometimes this was because that was all the space that they had available.  Other times they did it to spite someone who had the adjacent property.  One of them turned out to be in Seattle so I decided to check it out when we were over there running some other errands.  It is located in Montlake. 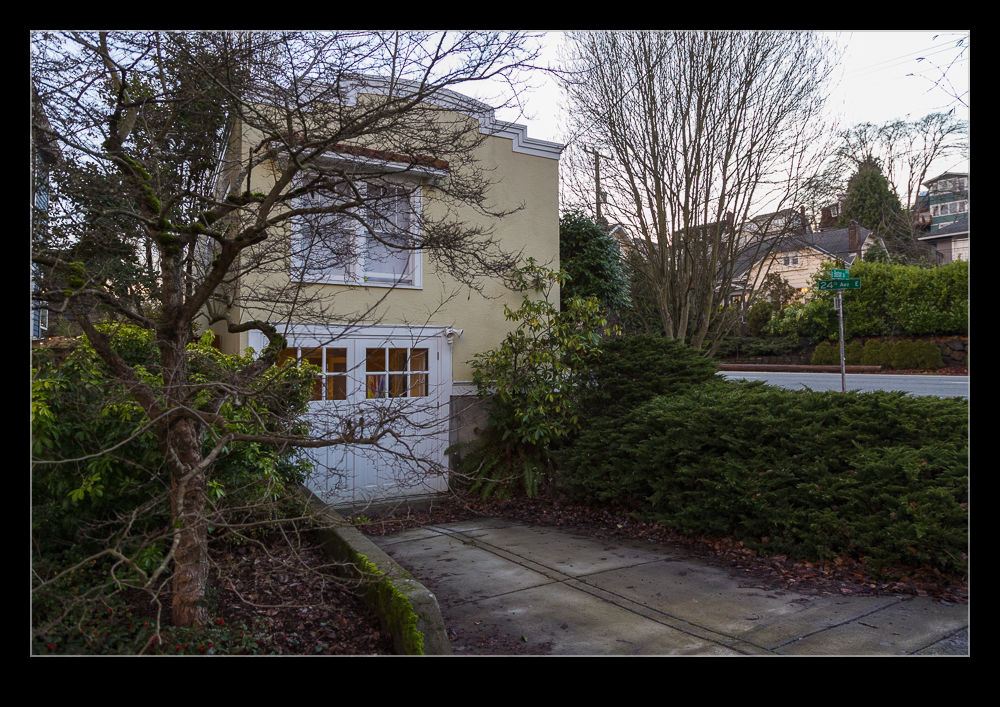 The house is a wedge shape.  If you look at it from the main road, it looks like a relatively normal frontage.  Nothing too special.  From the wide end, it seems like a single room width property.  There is a garage underneath and rooms above.  Go to the other end, though, and you see just how much it narrows down.  There is space for a door and that is about it.  A trip to Google Maps will show you the footprint of the house and you can see how it has been squeezed in.  A weird place for sure but apparently a popular house to own judging by the price it has sold for in the past! 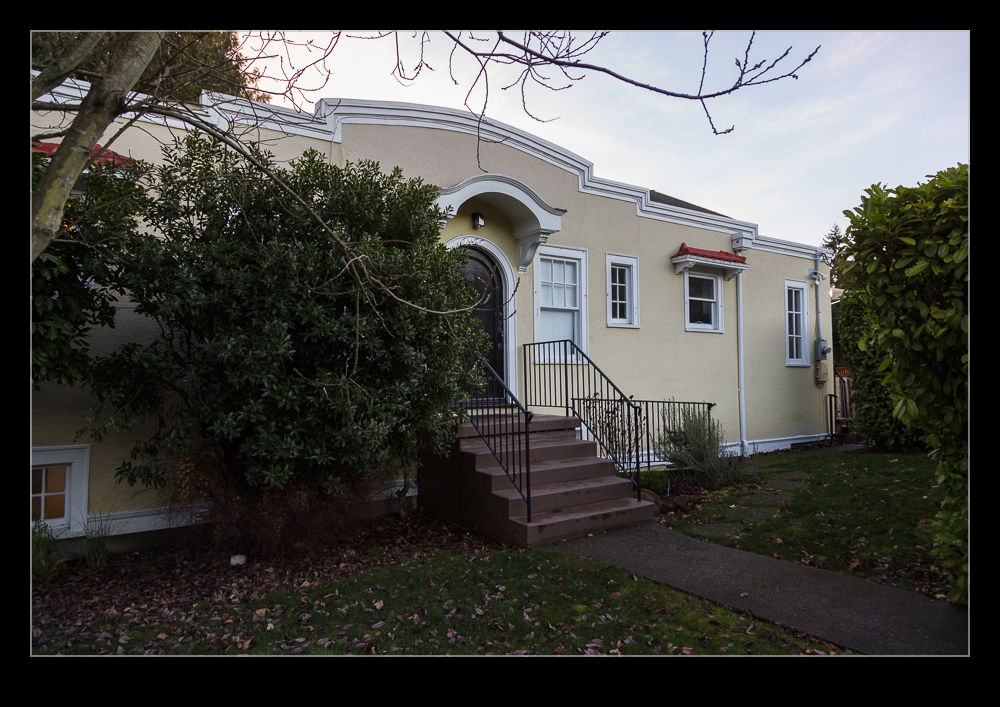 Over the last few years I have flown in and out of Oakland more times than I can recall.  It has been my transit point for the majority of my travels.  A recent return brought me a new experience there though.  The airport is in two halves.  There is a main runway alongside the bay which is used by the airliners and is often the departure runway for the bizjets.  Then there are two further runways that are over near the old airport infrastructure.  These are used by light aircraft and for the arrival of bizjets.  (There is another intersecting runway but that doesn’t factor in this story.)

The normal approach brings you across the shoreline and over the water on the approach.  The other runways are on a different alignment and the approach comes over the local towns. I was looking out of the window and filming a hyperlapse.  I was a bit confused as I was seeing bits of San Leandro that I don’t normally see and we didn’t pass Hayward Airport.  We continued to descend over land and it was pretty clear we were not heading for the normal runway.  Sure enough we touched down on the old part of the airport prior to taxiing back and all the way across through the freight area back to the terminal.  I watched jets depart from the runway we had just landed on as well as from the normal runway so I have no idea what was going on.  I doubt I will experience this again anytime soon.

This post is a little bit of an odd one compared to the usual reports of things I have been out and about shooting.  I was recently putting together an article for a magazine on the 20th anniversary of the first flight of an airliner.  (A quick Google search might tell you which one but if you are interested in the article, click here to see the full digital magazine.)

I knew I had some images of the prototype aircraft when it first flew at Farnborough in 1992.  This is pre-digital days of course so it was time to head to my binders of negatives.  I will save the discussion of how shooting in the digital era differs from shooting with film for another post.  I will also keep my head down for those of you who will wonder why I wasn’t shooting transparencies.  We learn as we get older I guess.

What did catch my eye as I foudn the appropriate shots was that I had seen a bunch of different aircraft at that event and I should really get them scanned.  It was while I was going through this process (that took far longer than it really should have courtesy of a film scanner that, I suspect, is getting towards the end of its useful life) that I noticed something about the way I look at new aircraft.

I think there is a bit of always wanting something that is different to what you have.  When an aircraft first flies, it is obviously the prototype (or prototypes) that fly first.  These appear in lots of press release images and they will be the first ones to show up at trade shows.  Given the length of development programs, you can get a bit bored with seeing the same aircraft all the time.  You long for more of them to be built so you can see the finished product.  You also want to know what they will look like in service since prototypes rarely are finished the way the majority of the aircraft will be.

Eventually production gets underway and you see the real deal.  This is briefly exciting.  New color schemes and users appear and there is something different to learn about.  Over time, many more are produced and then they become a bit boring.  At this point, the idea of seeing a development aircraft – possibly incorporating modifications for some test program – is incredibly interesting and a nice change from the many “normal airframes around.

Are these the same airframes you originally were bored with?  Yep!  Am I being contrary?  Yep!  Such is the way it goes.  I will probably find that someone who is near to the airfield where testing is undertaken probably is bored of the same development airframes and longs for some variety.  I guess we can’t ever be happy!