A little too much celebration of Thanksgiving meant I needed to burn off a few extra calories.  I figured a bike ride would be a good option and decided to check out the Burke Gilman Trail.  This runs around Lake Washington on the alignment of an old railroad.  Not too many hills to deal with then!  I wasn’t sure how far I would go but I headed towards Magnuson Park.  This sits on the eastern shore of Lake Washington on the site of a former naval base.  It was once a Naval Air Station but was progressively pared back until it was deactivated and returned to the city. 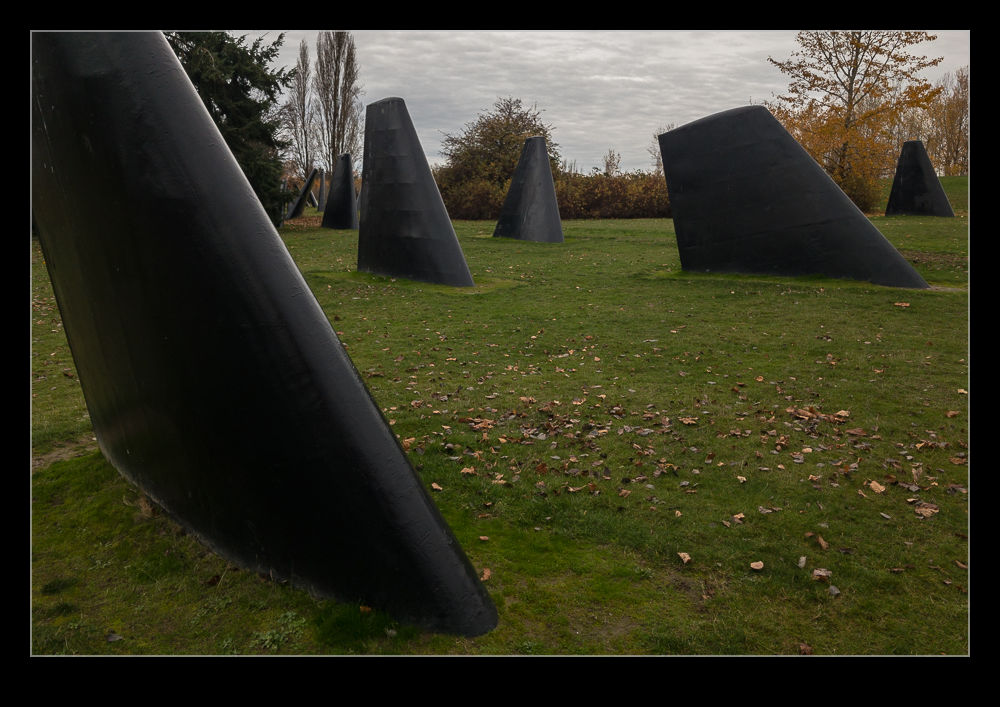 One of the things I was curious to see in the park is a sculpture installation called the Fin project.  This takes a bunch of fins from decommissioned nuclear subs and arranges them in patterns that are reminiscent of the fins of pods of orcas.  The Navy donated the fins and private subscriptions paid for the rest of the installation.  The result is an interesting exhibit with varying sizes of fin at different positions and angles. 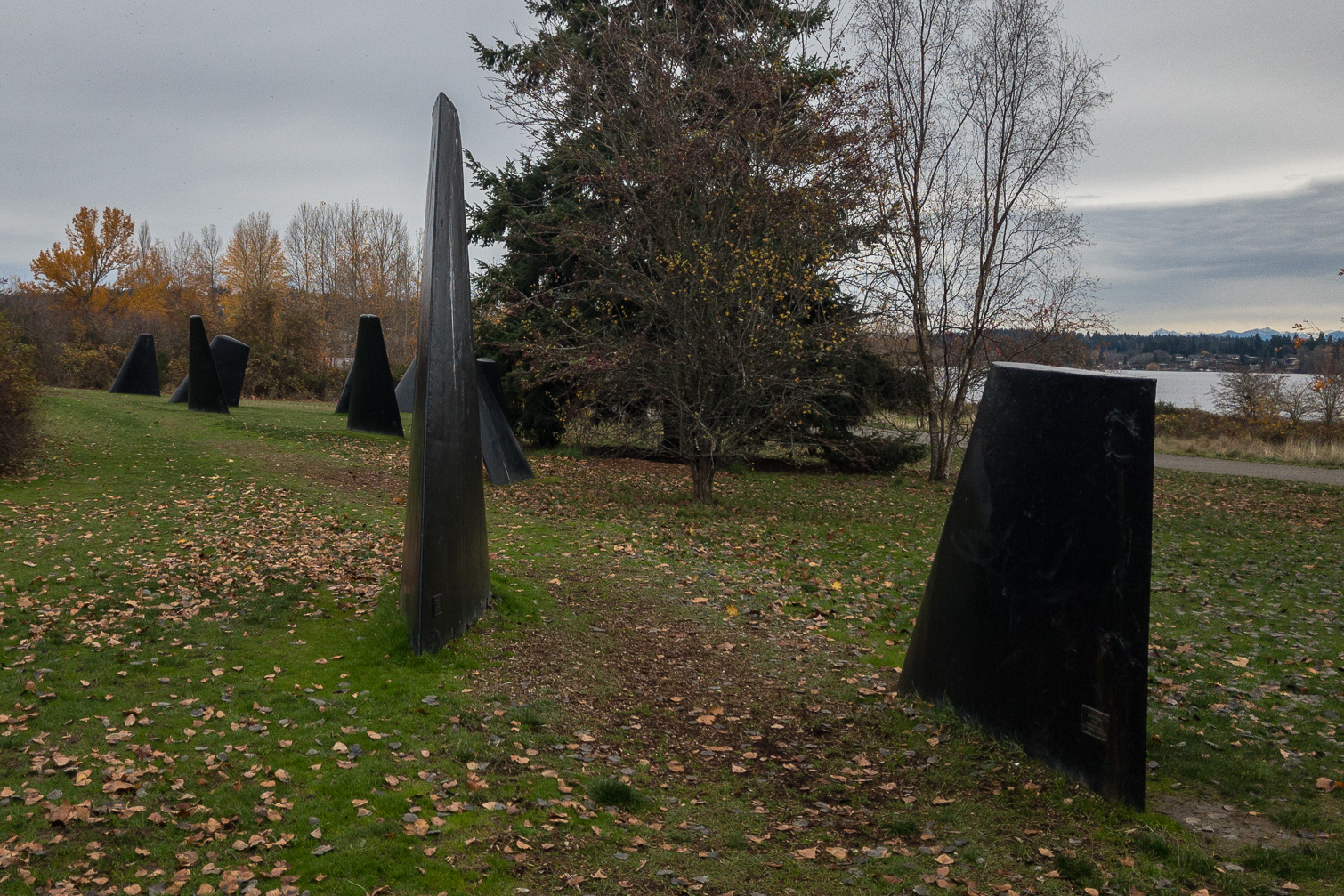 The meaning of the sculpture varies depending on who is checking it out.  It represents the naval station and the service of those based there, it draws parallels with the wildlife in the area, it represents recycling of material and it has a swords to plowshares aspect to it too.  Each fin has a plaque that notes the vessel it came from, the name of an orca from a local pod and the names of those who donated to fund the installation. 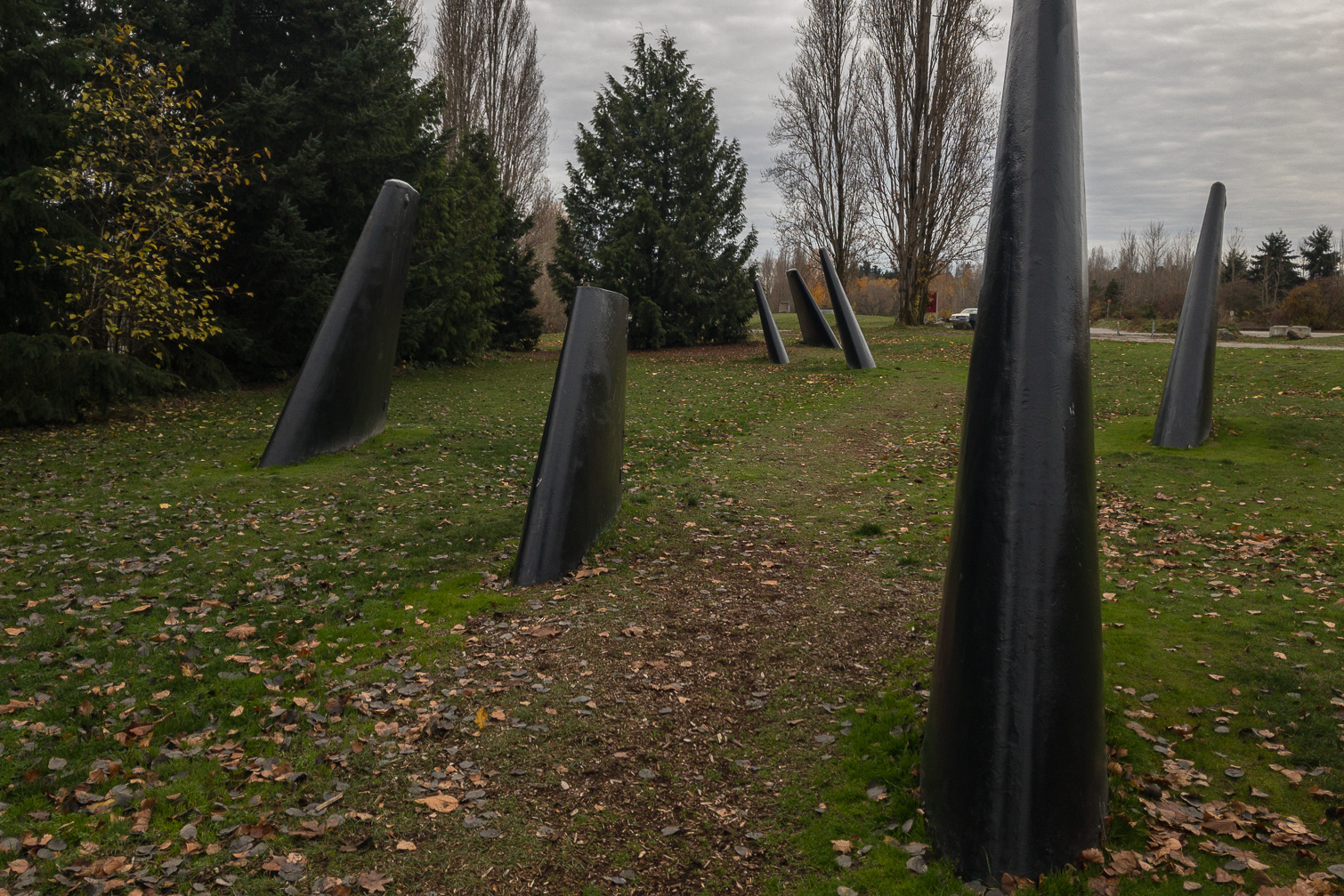 I was there on a pretty overcast day and only had my phone with me to get shots.  I think that the cloudy sky was actually a pretty appropriate backdrop as the darkness of the fins and the hint of their life in the deep would be a little offset on a bright and sunny day. 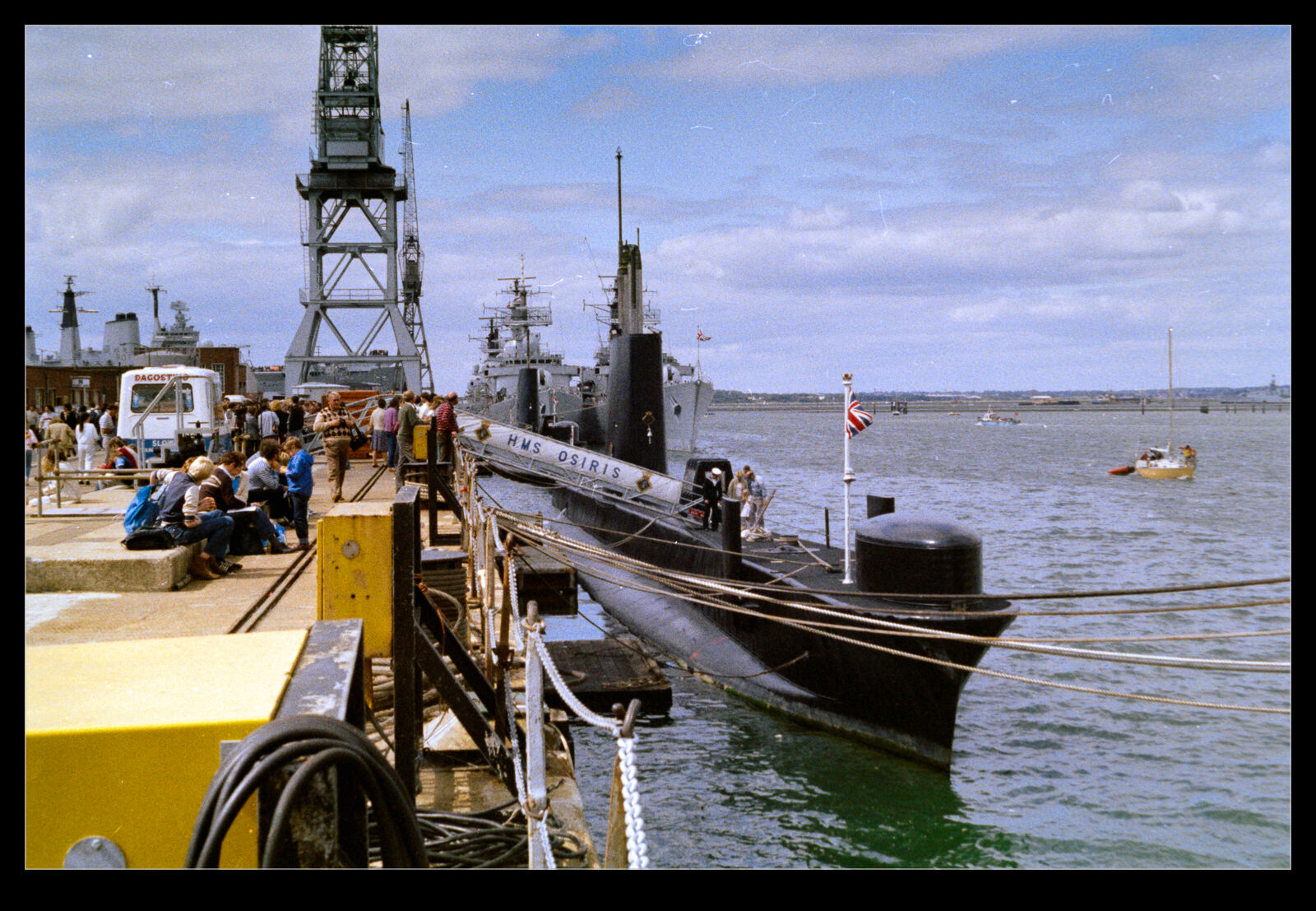 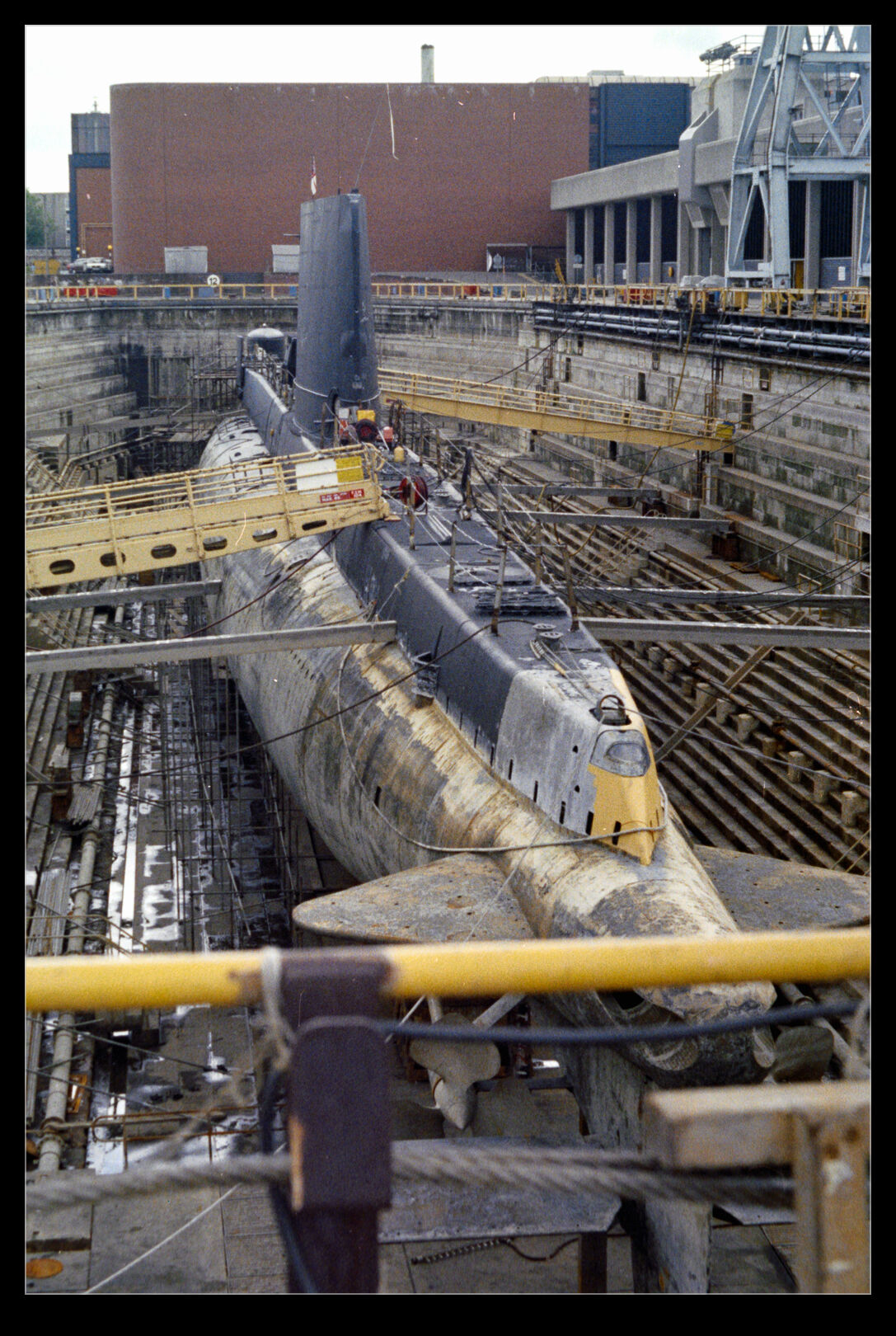 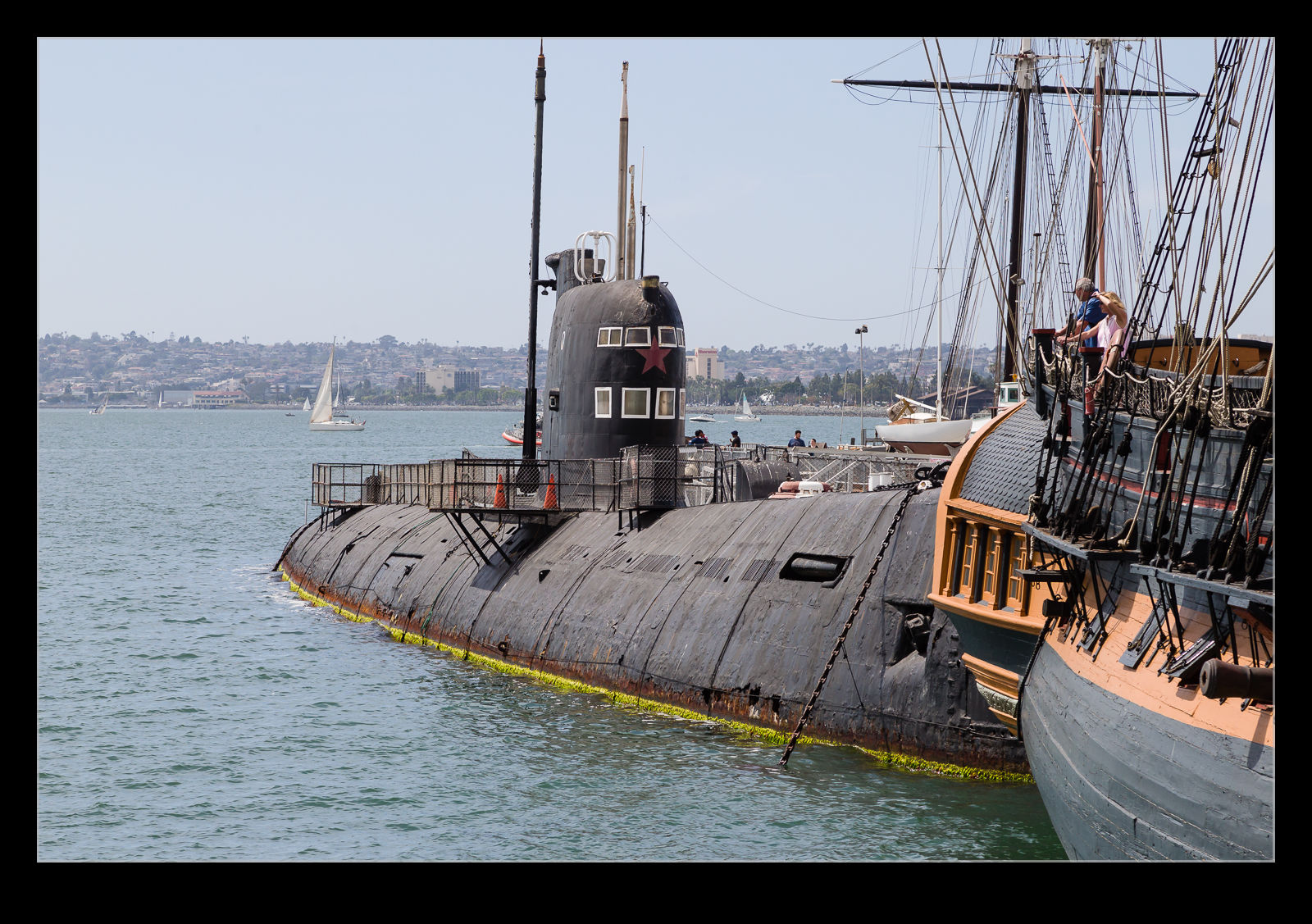 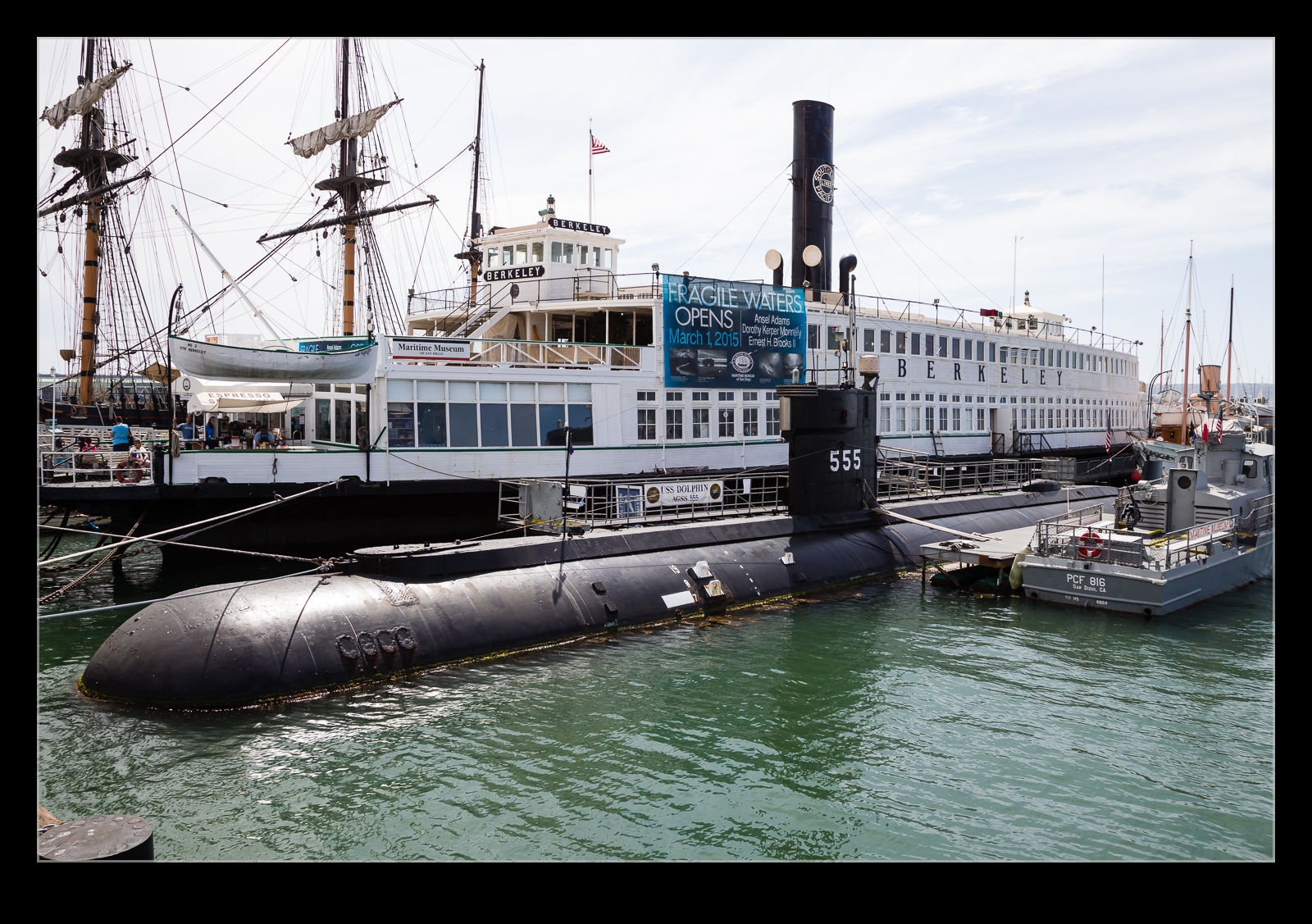 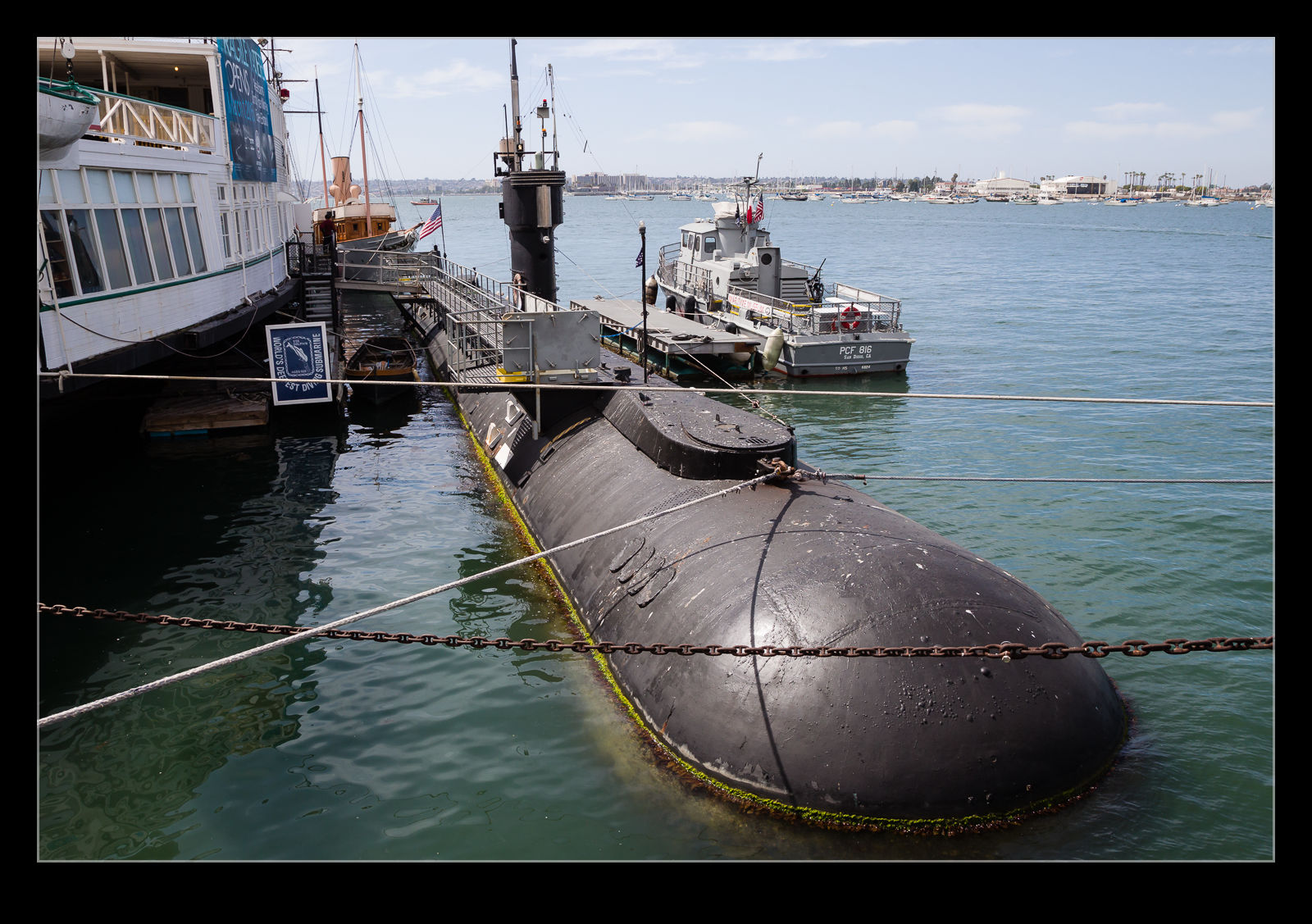