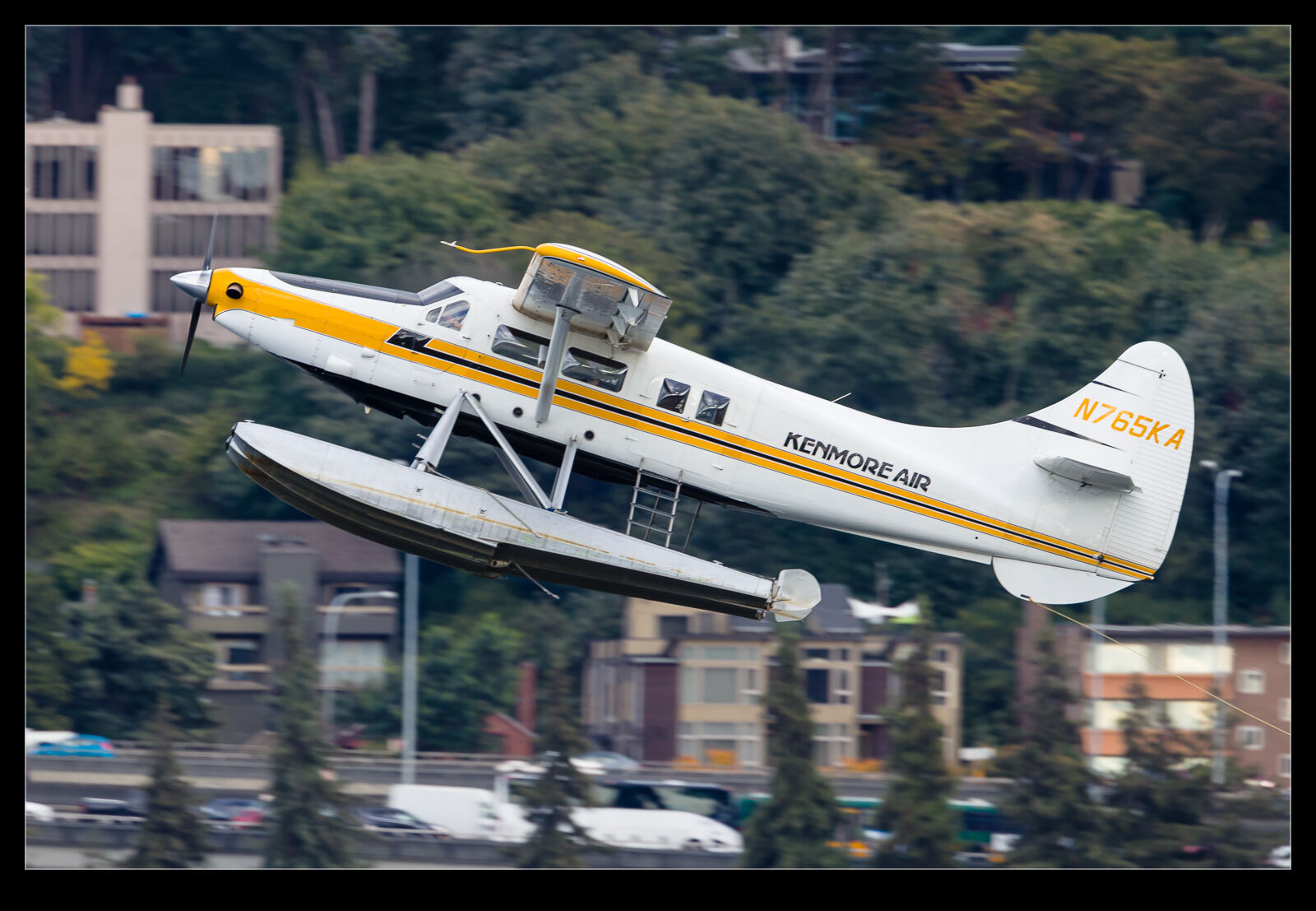 The floatplane activity on Lake Union is fun to check out, not just for an aviation geek like me, but for plenty of visitors to the city too.  I have previously gone down to the lakeshore to check them out but, one evening, while driving into the city to drop a friend off, I was coming down the road on the hill overlooking the lake when a plane took off giving an interesting alternative perspective on its departure.  I figured this needed to be explored further. 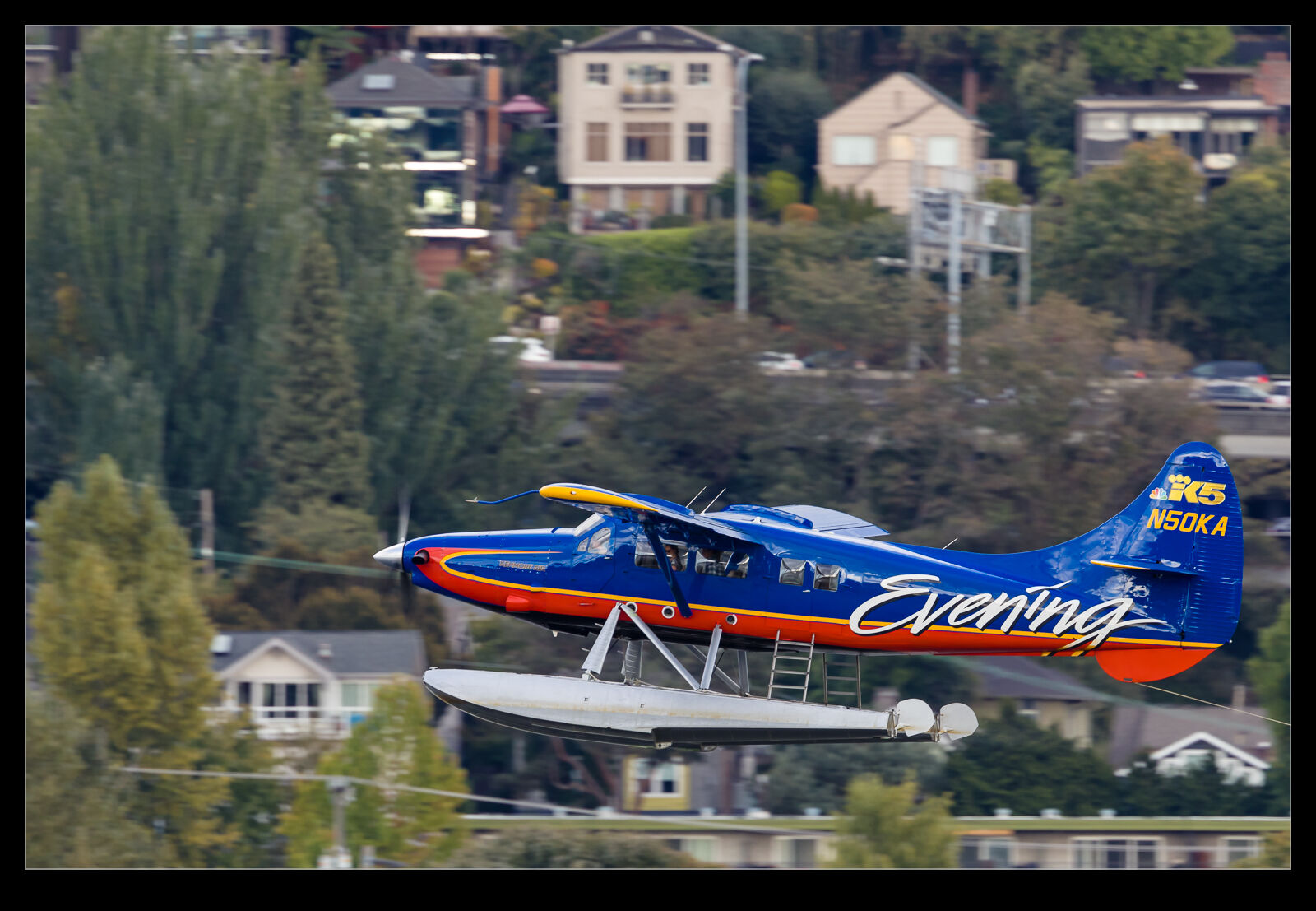 The question was where to go.  The road I had been on was not one on which stopping was practical.  Parallel roads exist but there are buildings along most of them so the view is obscured.  However, I did find a location that had a clear view of most of the lake (aside from one building that was right in the touchdown zone!  I wasn’t around for much of the traffic but I did get to see a few arrivals and departures.  Looking down on the flights and having some scenery behind them including the cityscape rather than the sky is a nice change.  I may have to try this out again at a busier time. 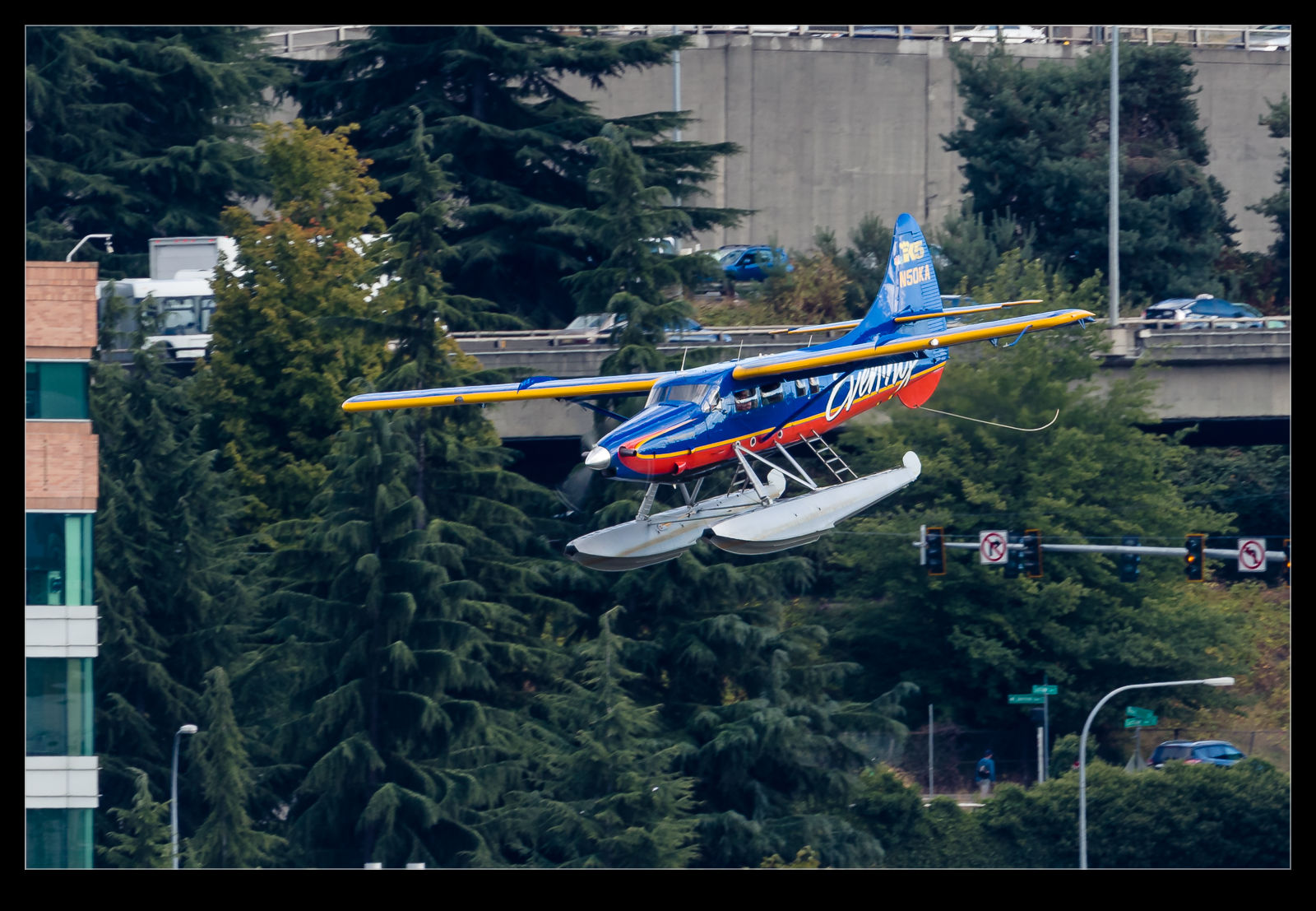 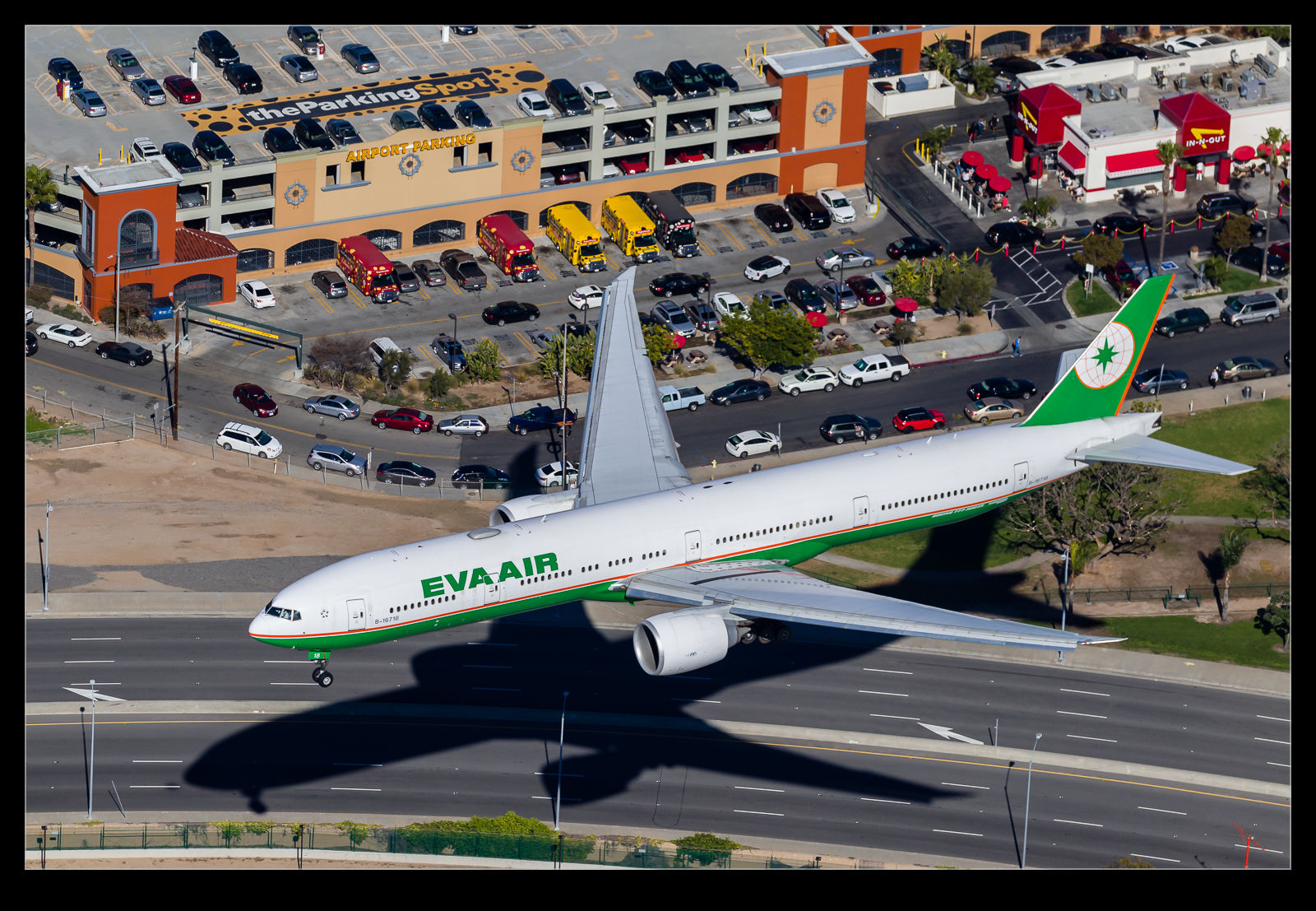 Shooting with a long focal length lens has the effect of compressing the image to make elements appear a lot closer together than they really are. When shooting from the helicopter over LAX I was using a 100-400mm lens. The aircraft themselves were quite low to the ground, particularly those on short final to land. They weren’t a long way off the ground but the lens in use had the effect of making things look a lot closer than they really were. Some of the shots I got of the aircraft over parking lots or near the In’n’Out really make it look as if the jets were barely airborne. I like the extra drama this adds to the shots. 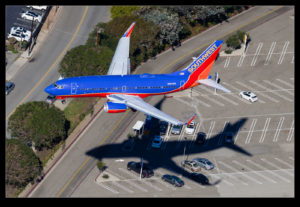 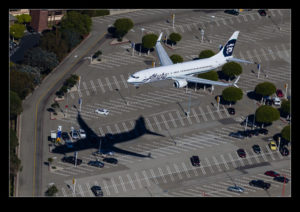