Everyone seems to have a plan for getting into space these days.  Some companies have more than one!  Virgin already has their Galactic operation that is based on the Spaceship Two design evolved (a lot) from the original Scaled Composites design.  However, they have a second approach that is a small satellite launcher rather than a passenger craft.  This one is going to be launched from a Boeing 747-400.  They have provided one of the old Virgin Atlantic aircraft for this purpose. 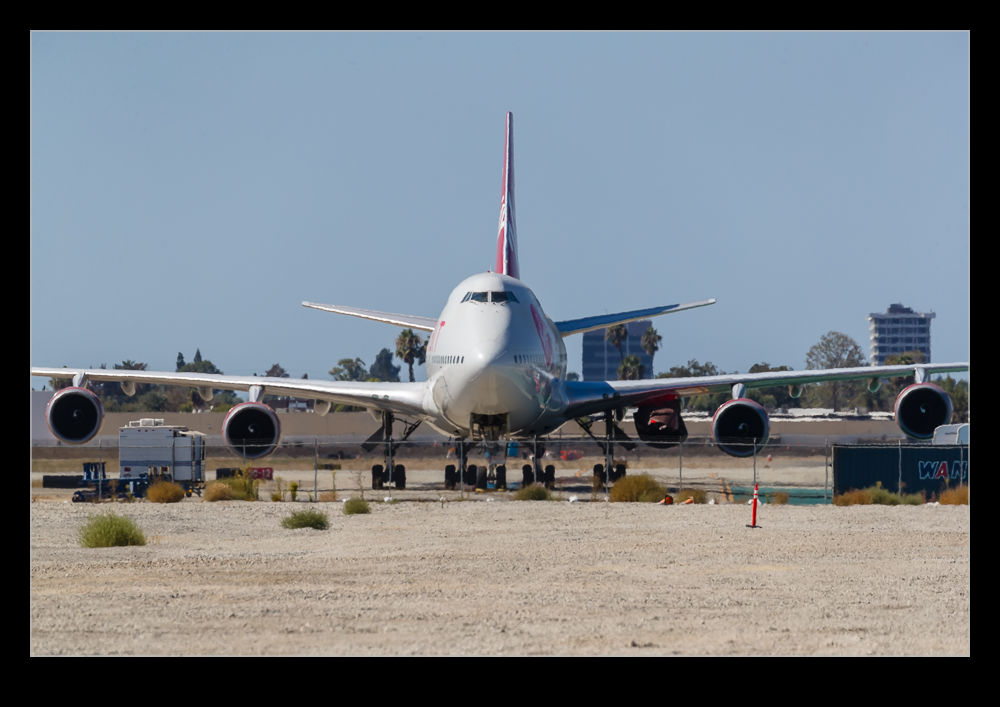 I was down in Long Beach recently and saw the plane sitting on the north side of the field.  Sadly, the light from the south side was very nice but it was too far away.  A trip around the field did get me closer to it although now backlit.  Not far away are the offices of Virgin Orbit.  The launcher will be mounted on a pylon under the port wing making use of the hard point that was included to allow the ferrying of a spare engine. 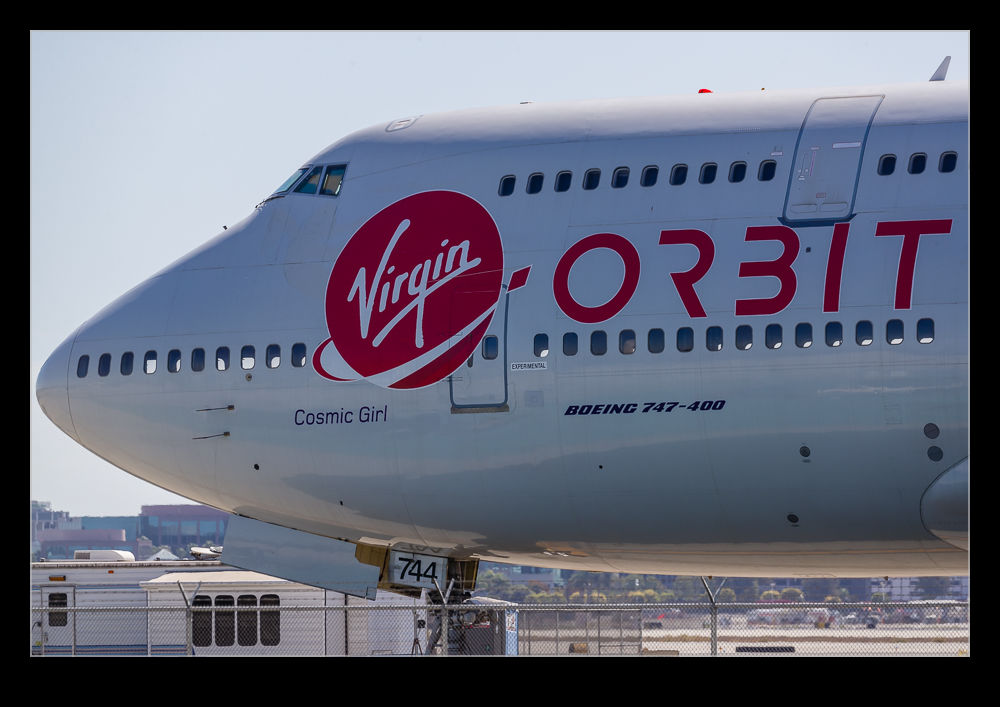 How things develop we shall see in a reasonably short time I imagine.  The operation seems to be pretty significant and will need to deliver something before too long.  In the mean time, here are a couple of shots of Cosmic Girl when she was in passenger operation. 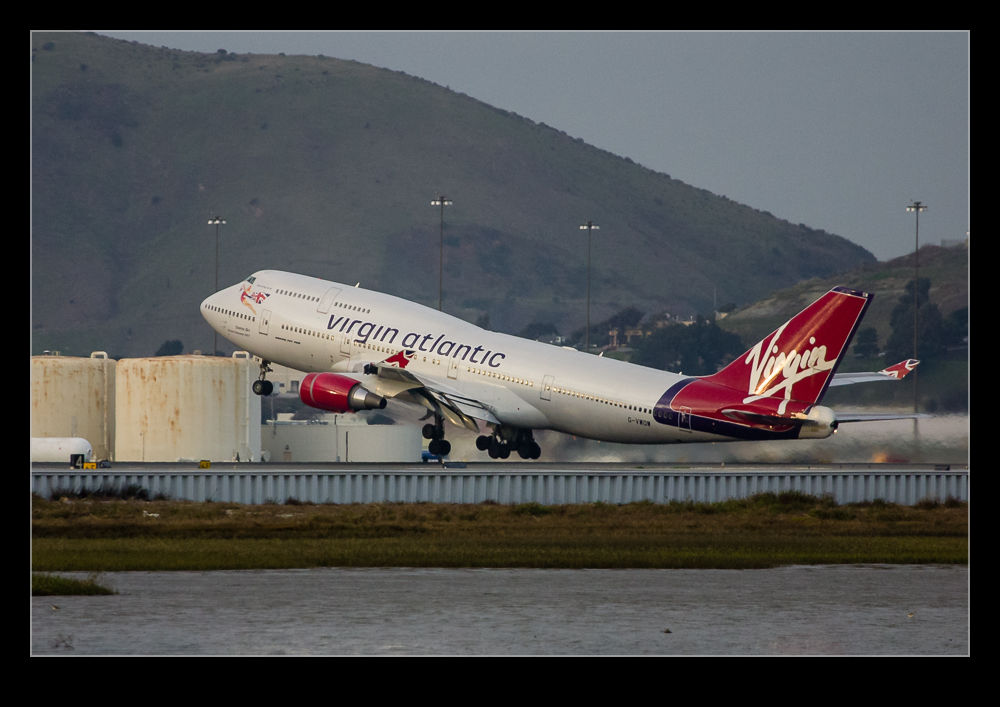 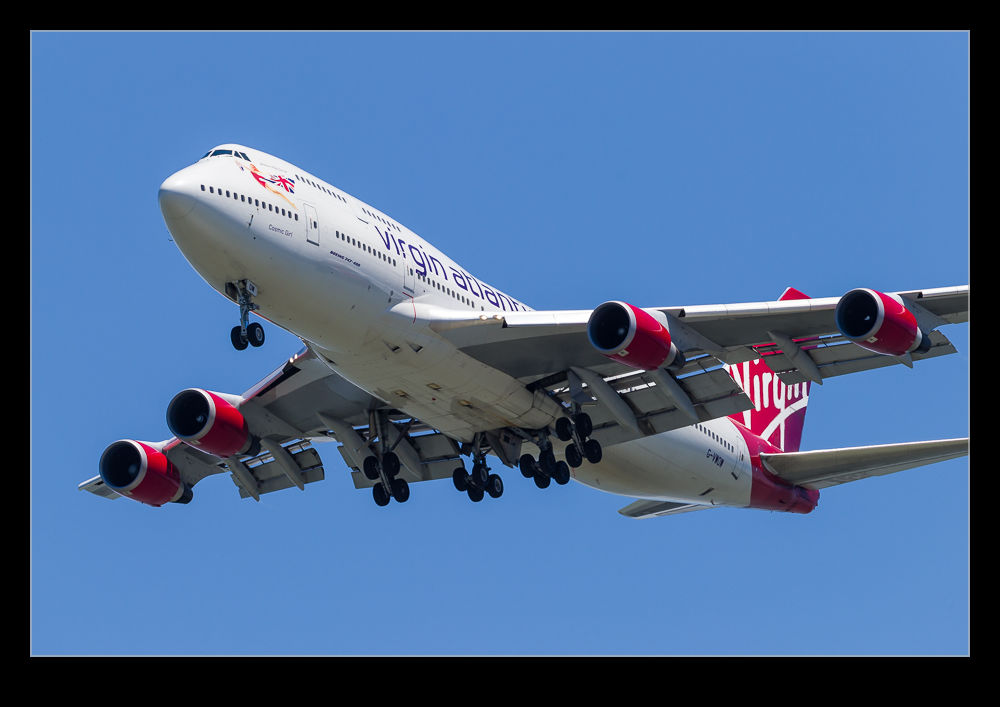