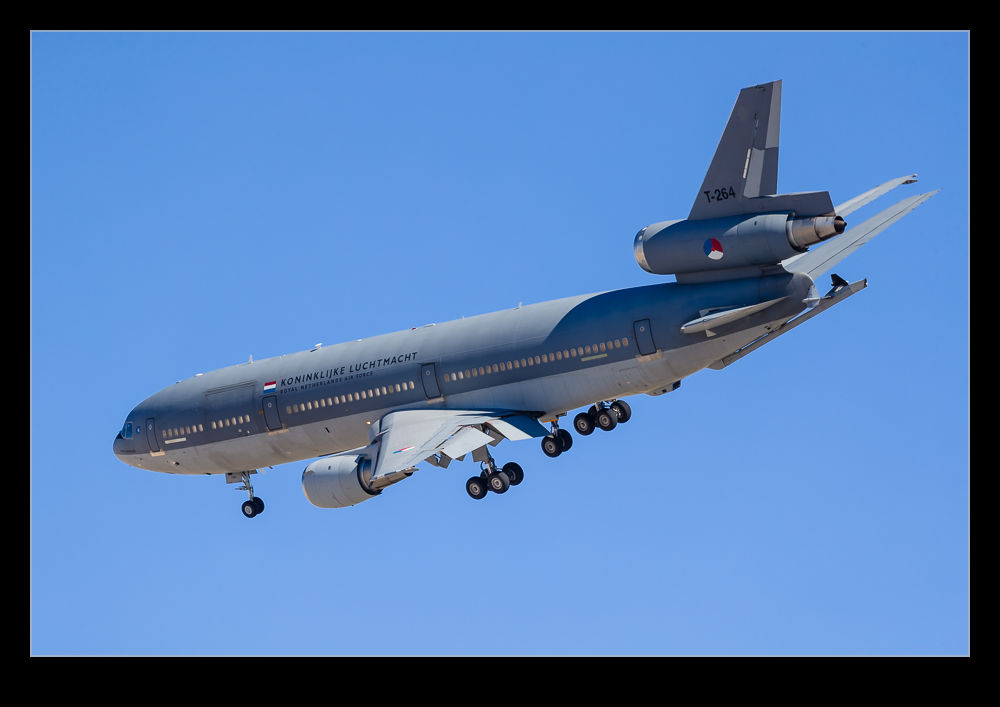 There were two tankers I was hoping to shoot at Red Flag.  One was the Colombian 767.  It didn’t fly on the first day but on the second it started to taxi before returning to the ramp and shutting down.  Never mind.  The other was the Dutch KDC-10.  I hadn’t shot one before and they are not likely to be in service for too much longer so this might have been my last chance.  Therefore, I hoped it would fly and it didn’t let me down. 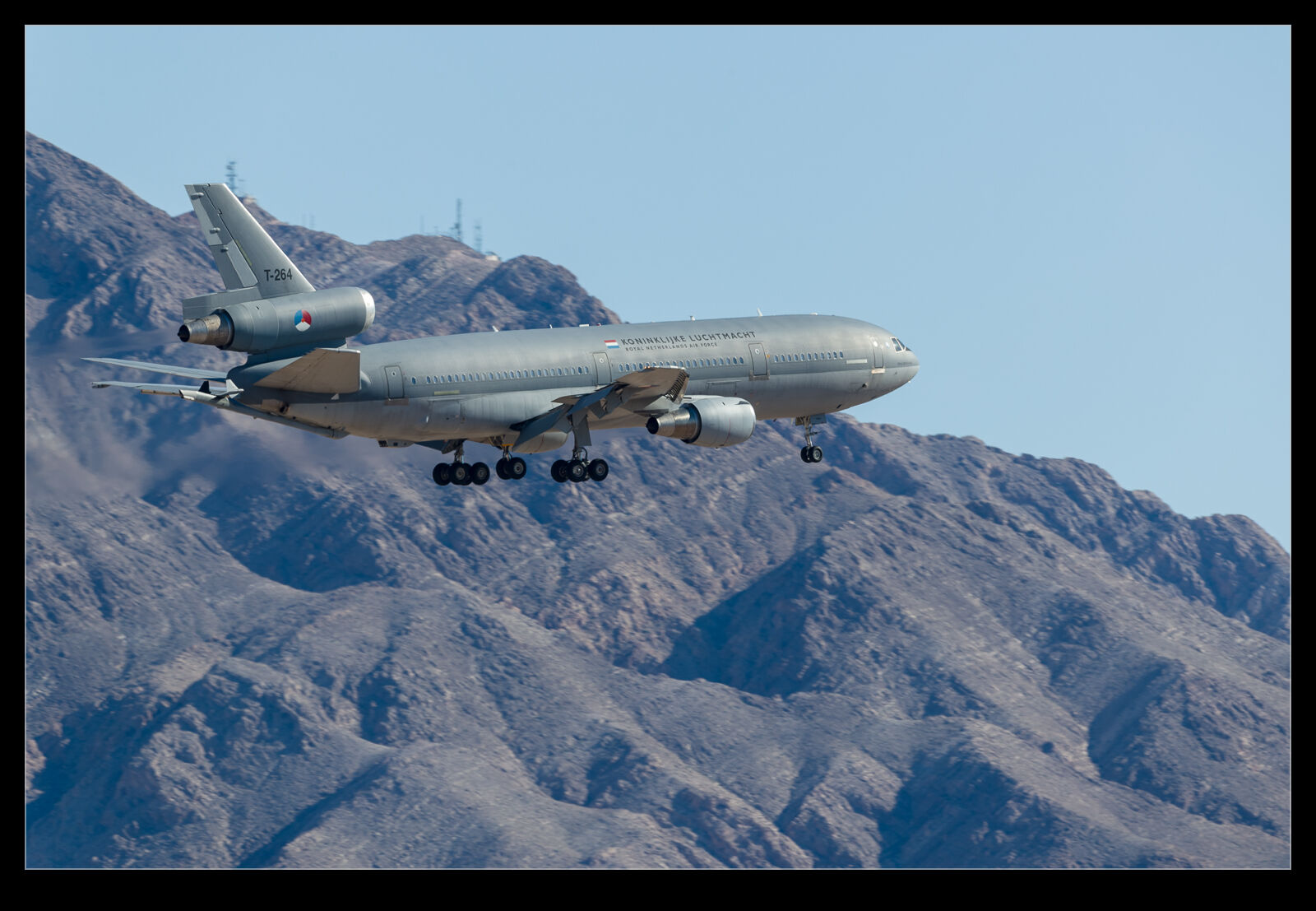 The winds were strong on the first day and it departed towards us off 21L.  As soon as it was airborne, the nose cocked into the strong crosswind and it turned towards us.  A right turn overhead and it was on its way to the ranges.  When it returned, they went for a very impressive curving approach.  It looked great.  However, it wasn’t great from a flying perspective and a go around followed.  The second approach was more conventional and more successful. 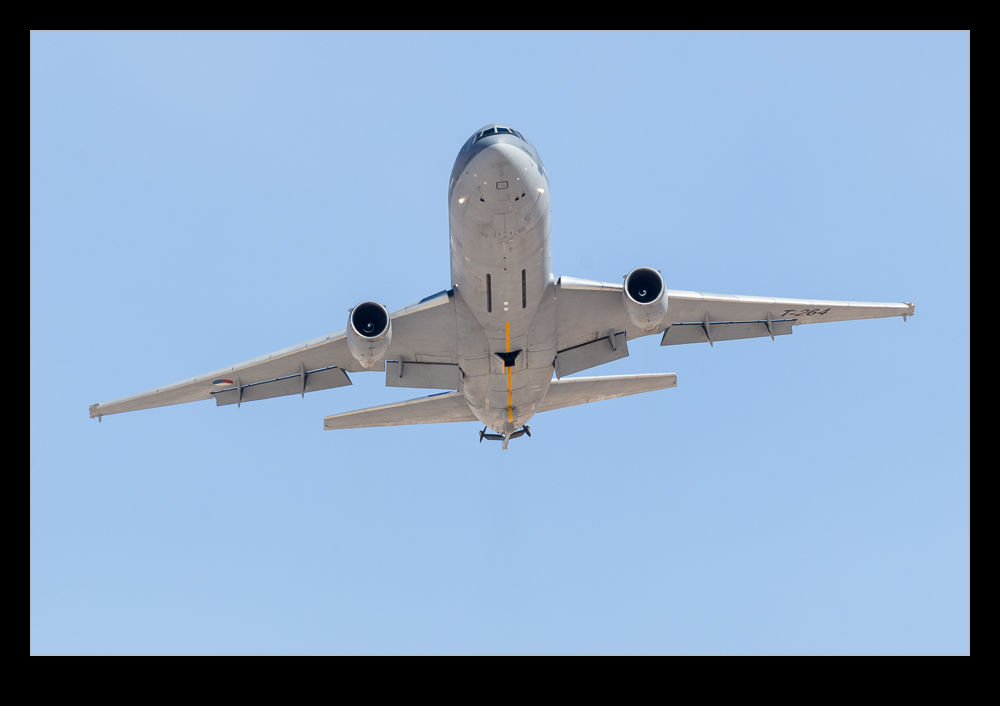 On the second day they flew again.  This time the arrivals were from over the Speedway so a more traditional view of them coming in.  I was hoping for a go around and a tight circuit to land but that was a tad optimistic.  Maybe after the previous day they were more content to get the beast back on the ground. 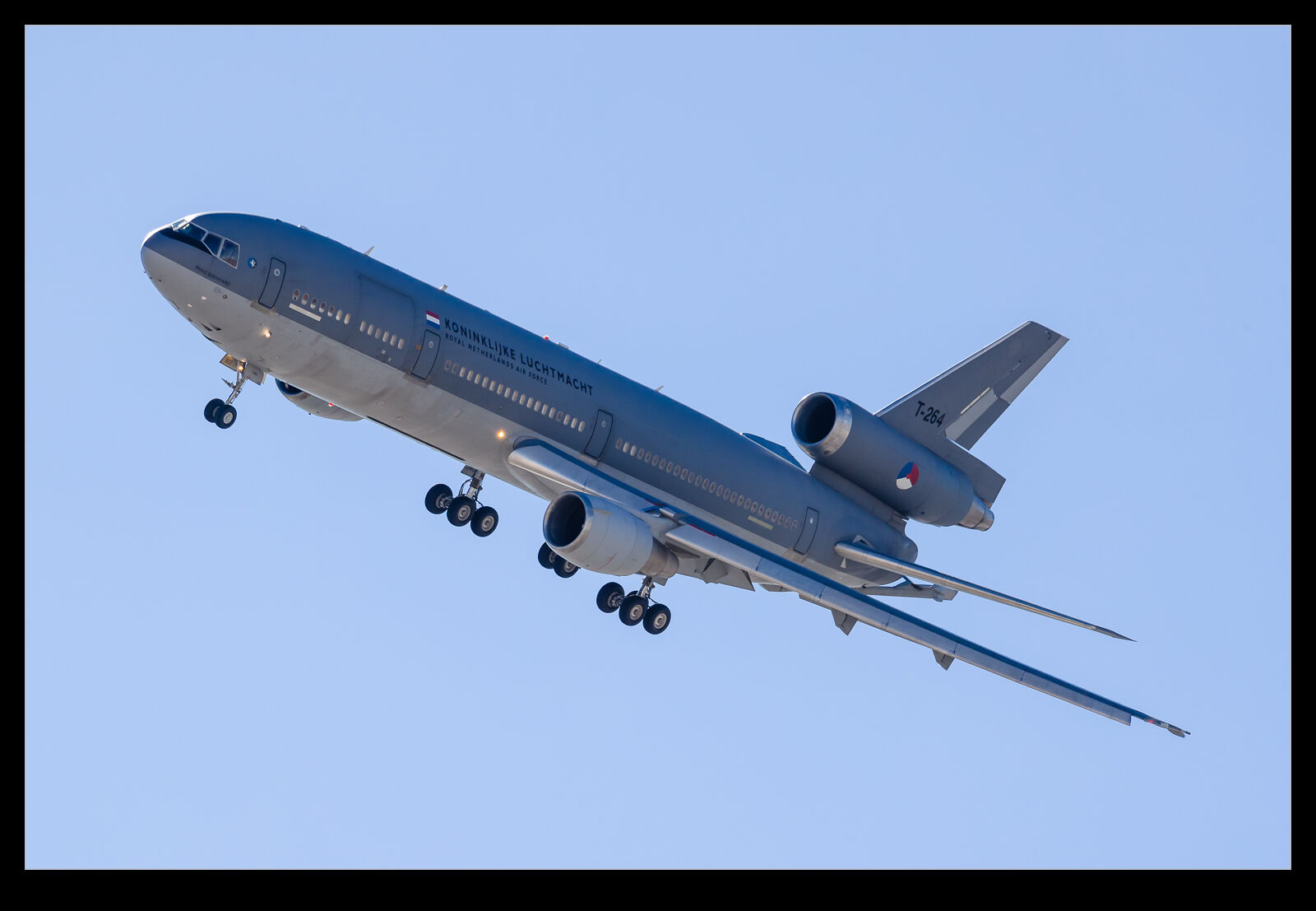 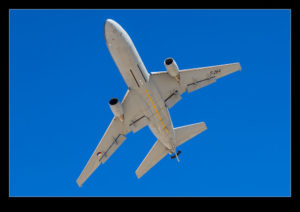