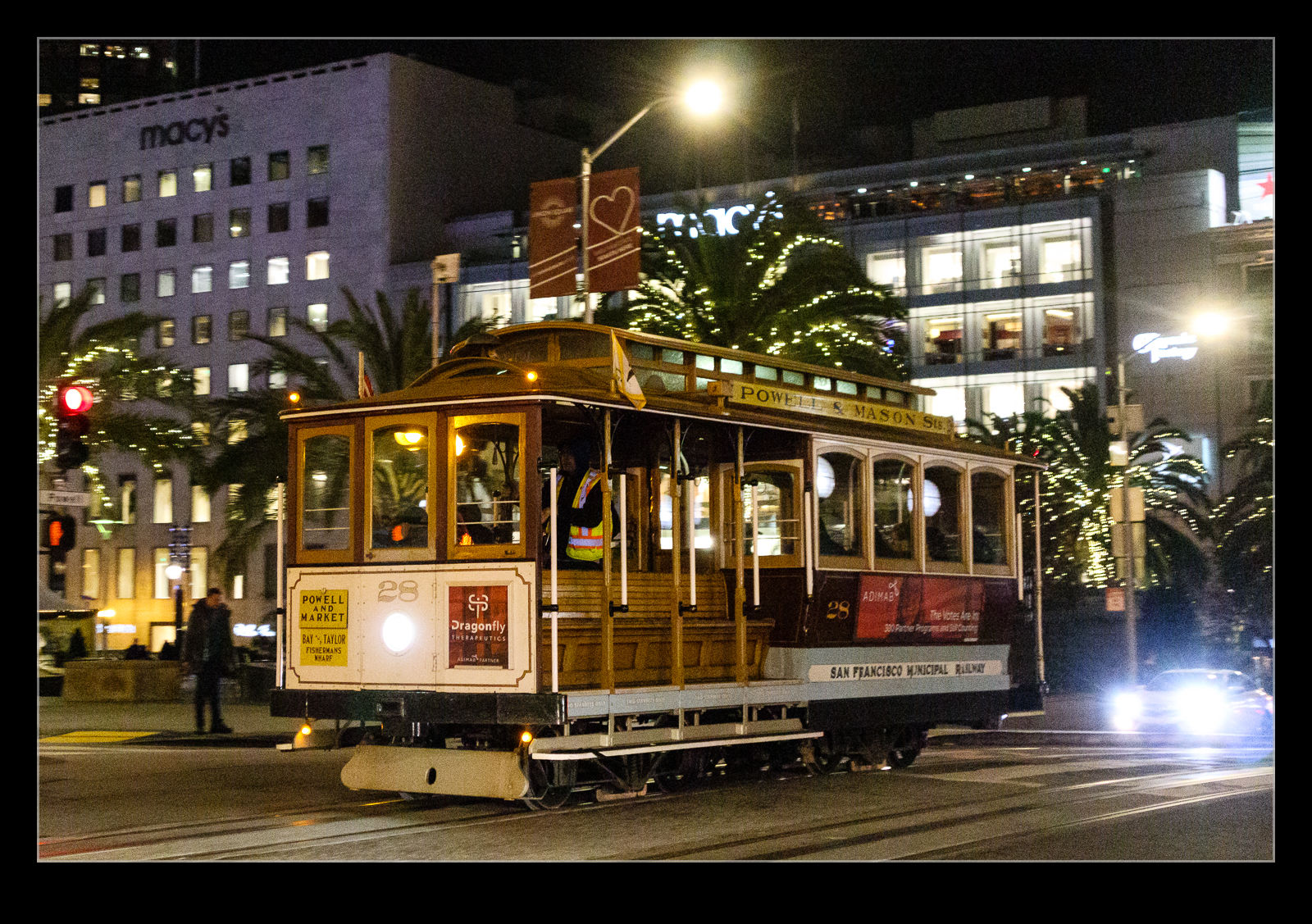 The cable cars are a staple of the San Francisco tourist scene.  I still grab the occasional shot of them, even having seen them more times than I can recall.  As we were walking back one evening after a fun night out with friends, we crossed the street at Union Square as one was heading up Powell.  I figured an evening shot was worth the effort. 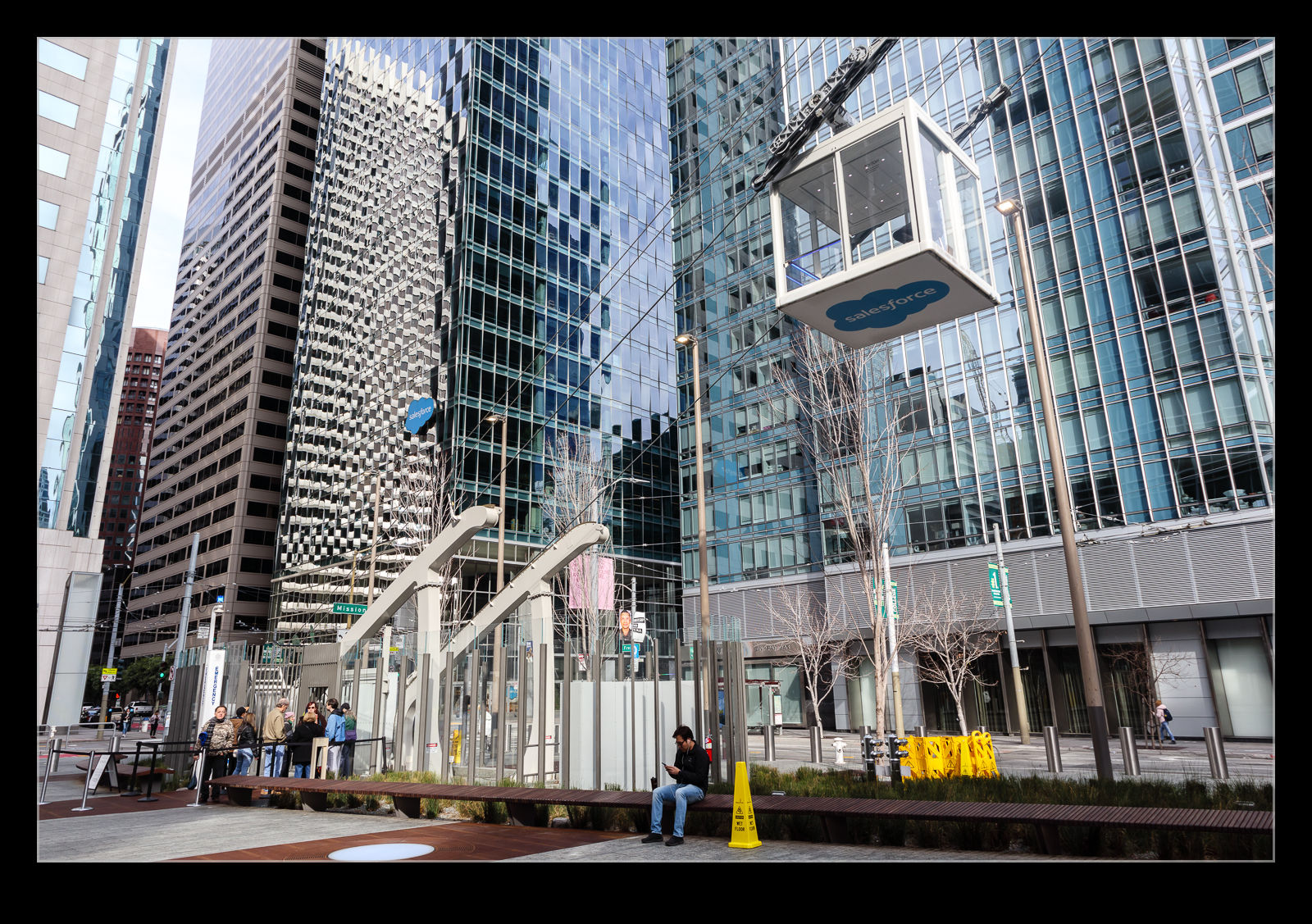 If you want to get from street level to the Salesforce Park, there is a more unusual method.  A gondola runs from the ground up to the park level.  We first came across it as we walked through the park and passed the top station.  For some reason they only want you to use it in one direction so we watched the car come up and then moved on. 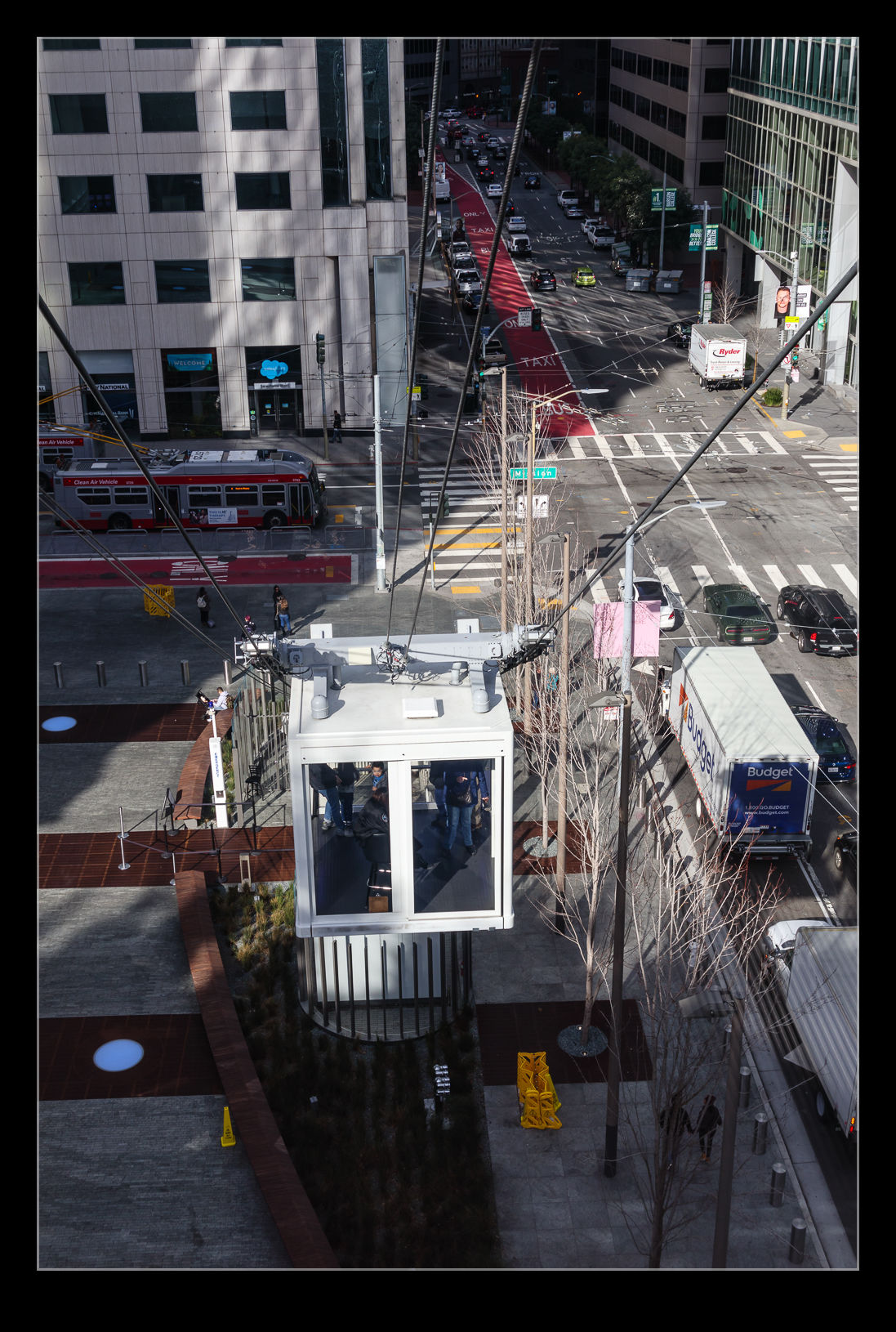 After we had come back downstairs, we checked out the base station.  It was not a busy day so there wasn’t any form of line but there were customers taking the ride to the top.  It was a simple device and slightly odd.  The car was a box with no effort made to style it in an interesting way.  However, it did provide a point of interest. 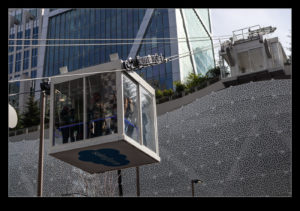 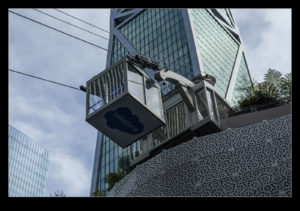 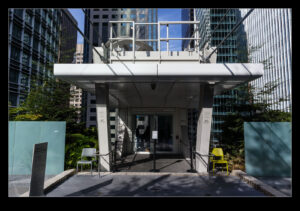 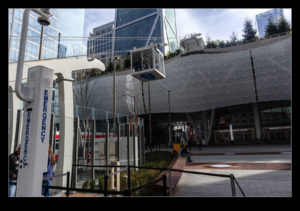 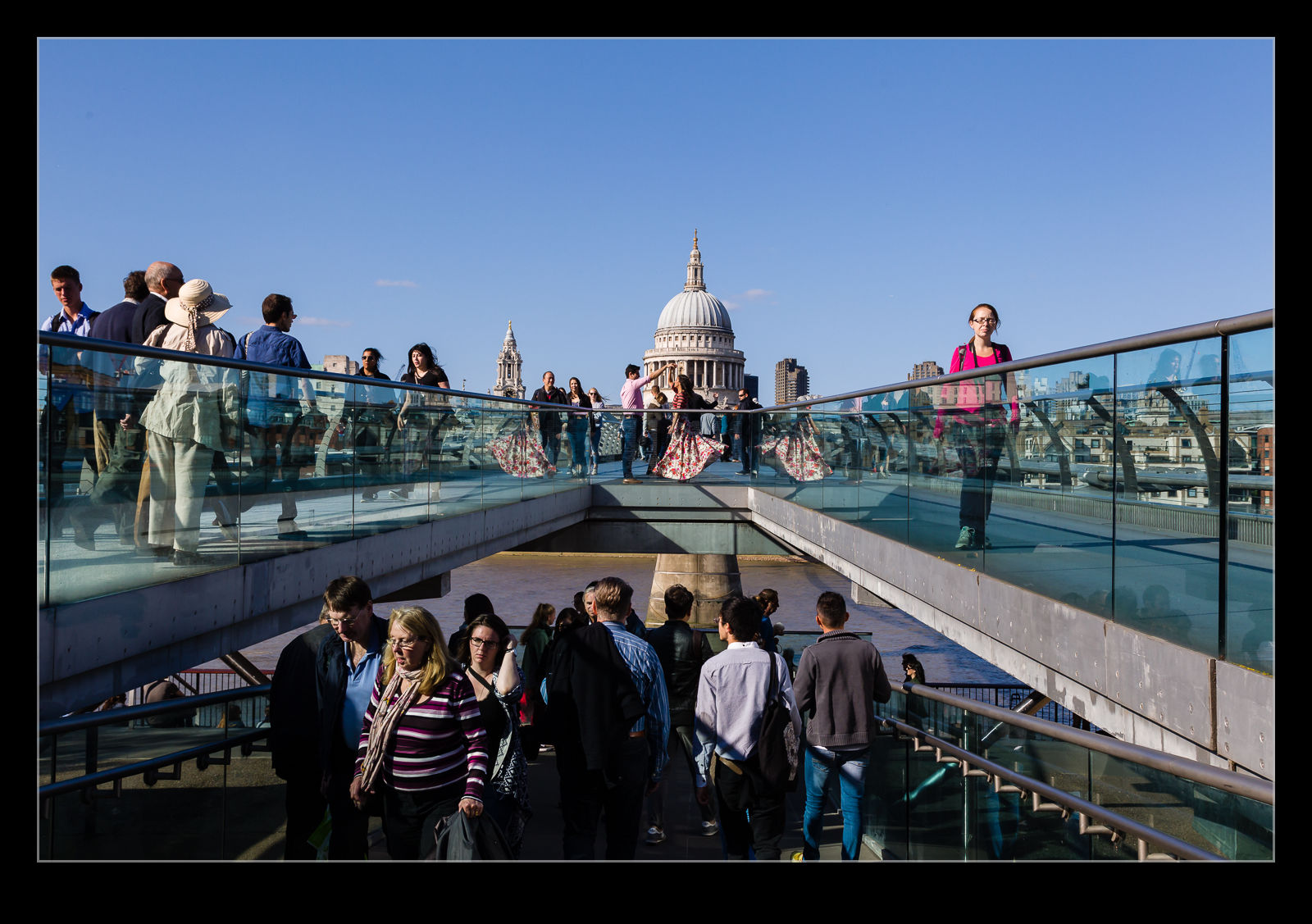 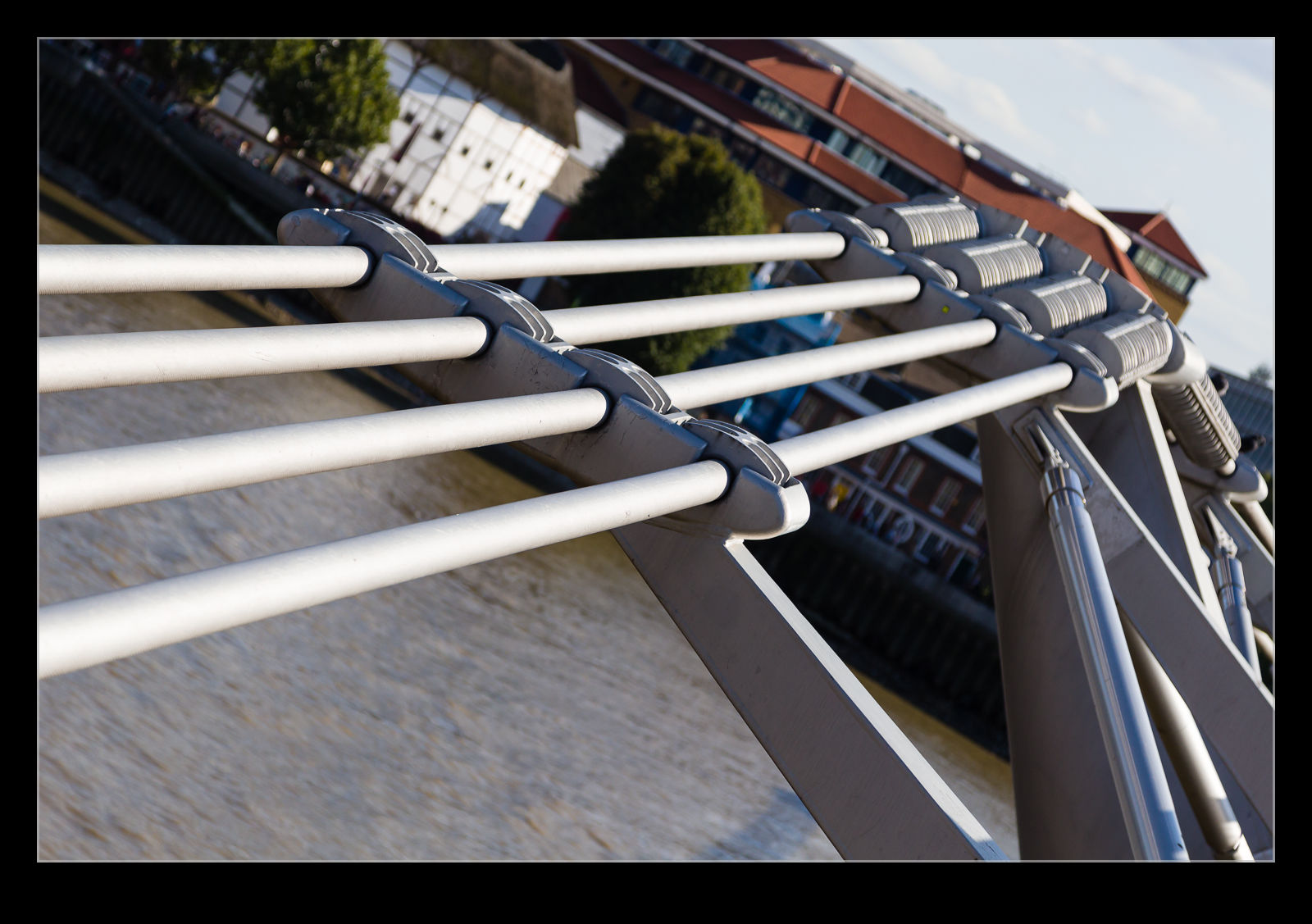 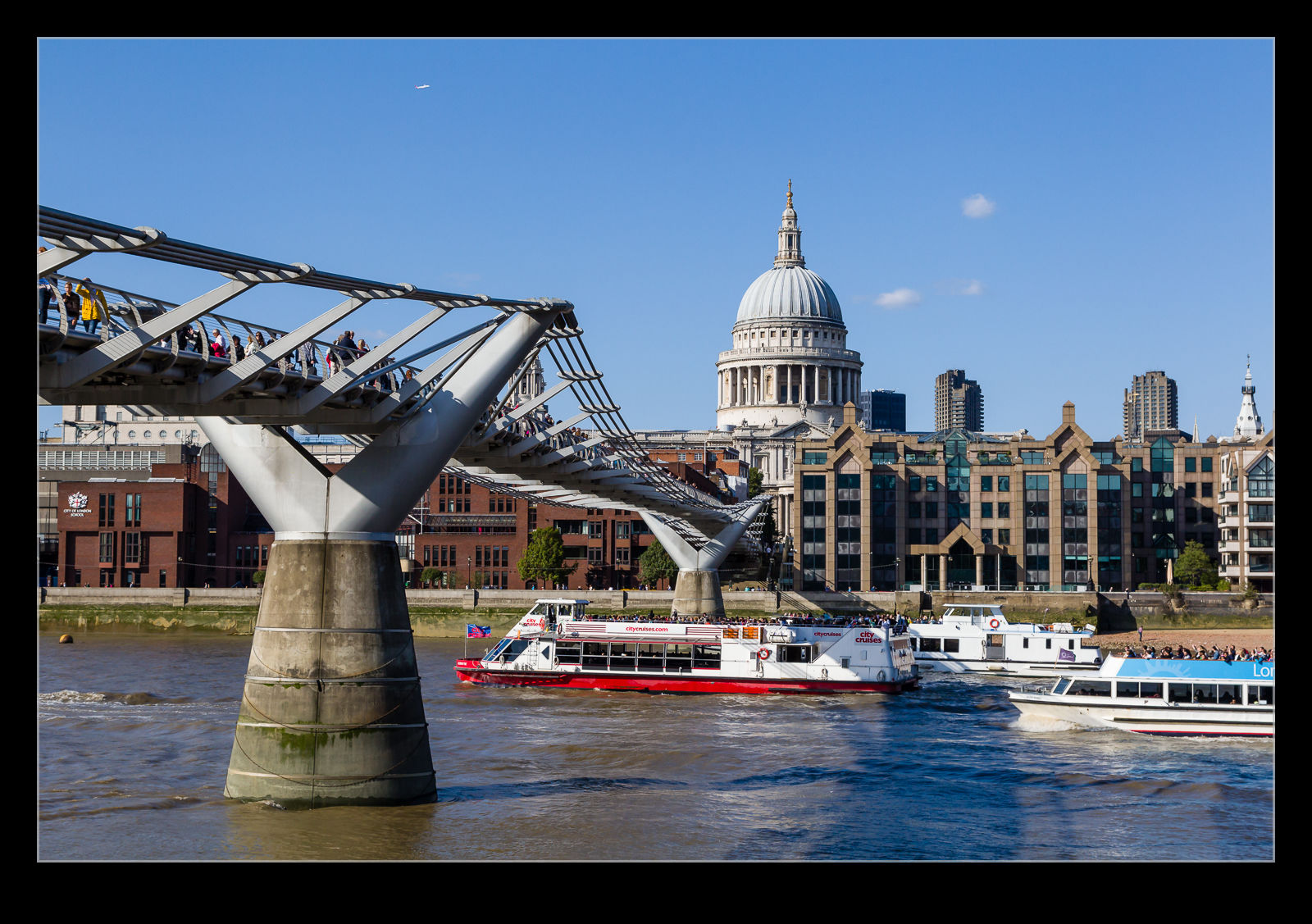 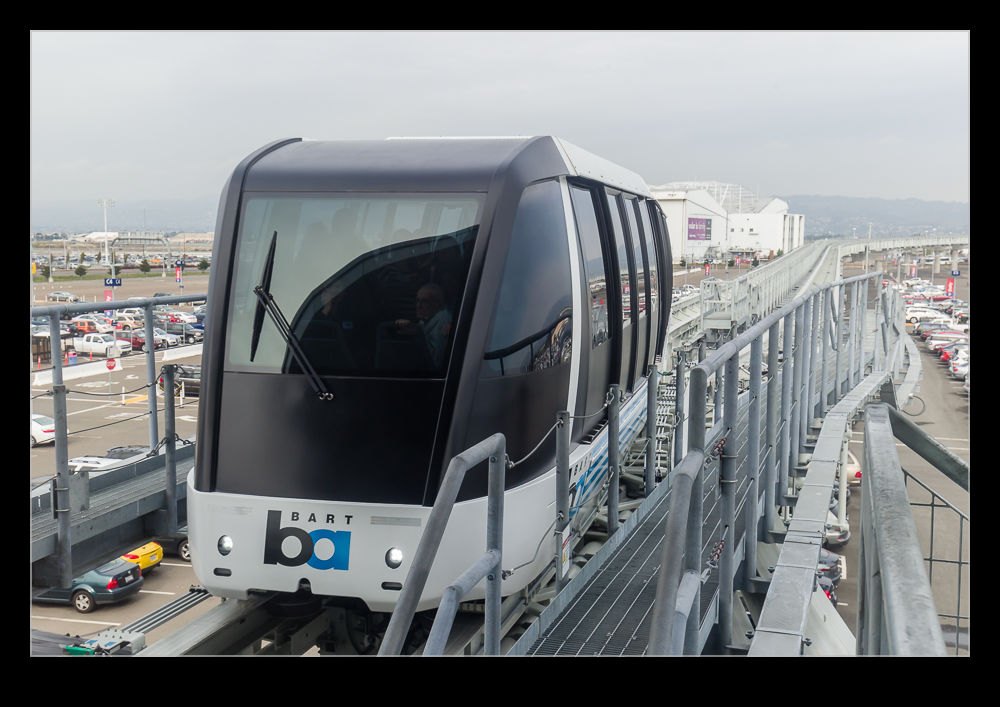 Until this weekend, the connection between BART’s Coliseum Station and Oakland Airport was a bus service called AirBART.  It was $3 and was reasonably frequent and didn’t take too long provided you times it well.  However, it wasn’t the easiest connection.  Consequently, a rail connection has been built.  I won’t get into the doubling of price for the ride.  That can wait to another day.  However, Friday 21st was the day in which the commissioning ended and the first public access was given.  There were free rides for the public before formal service opened on the following day. 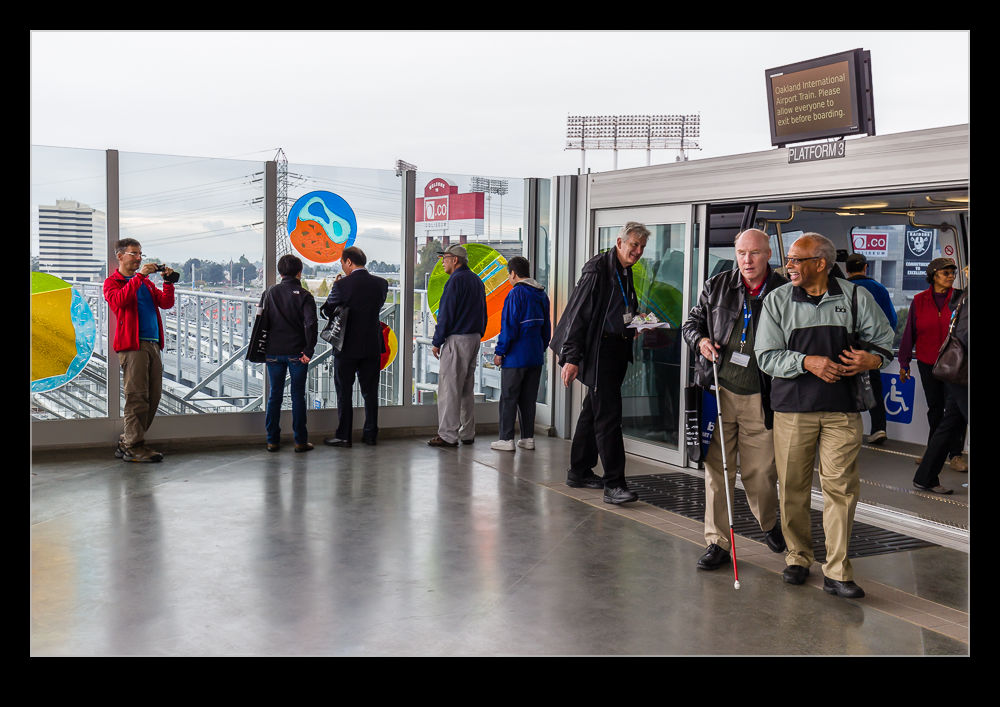 I went along to check out the system.  It is a cable operated vehicle which runs automatically.  There is a station connected by escalators to the existing BART station at one end and the other end is in the parking lot at the airport.  Halfway along the track (which is elevated for a large portion of the journey and at ground level or underground for a section) is the maintenance facility and power source.  Here the train briefly stops as it changes from the cable for one half to the cable for the other.  The stop is quite brief. 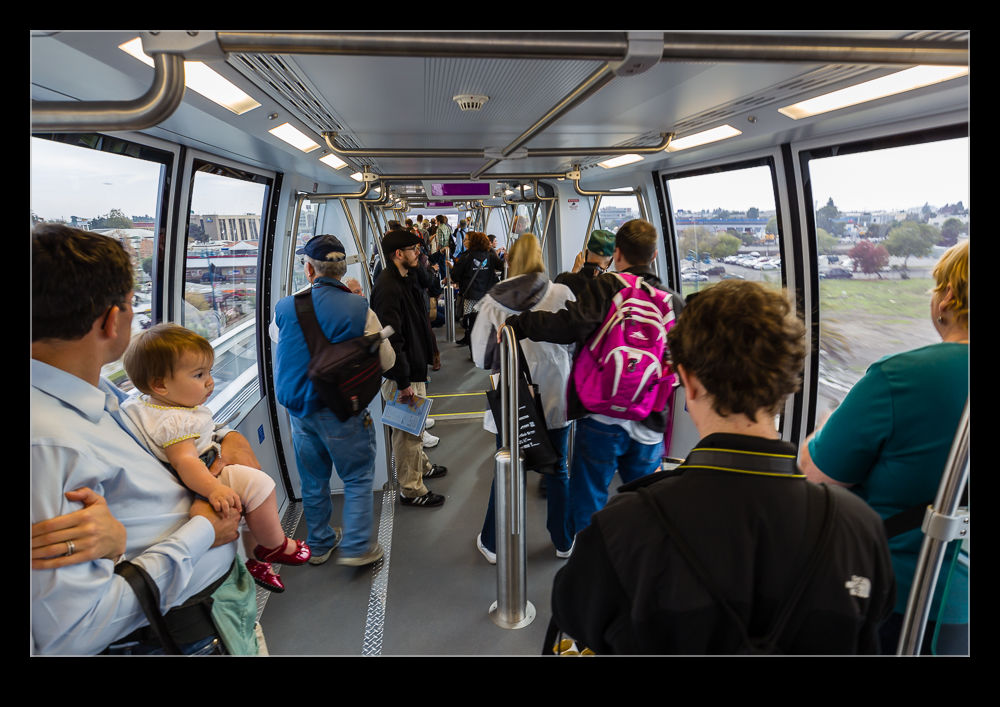 I filmed the operation during the demonstration runs and you can see how the system looks below.  Now we shall see how much use it gets!