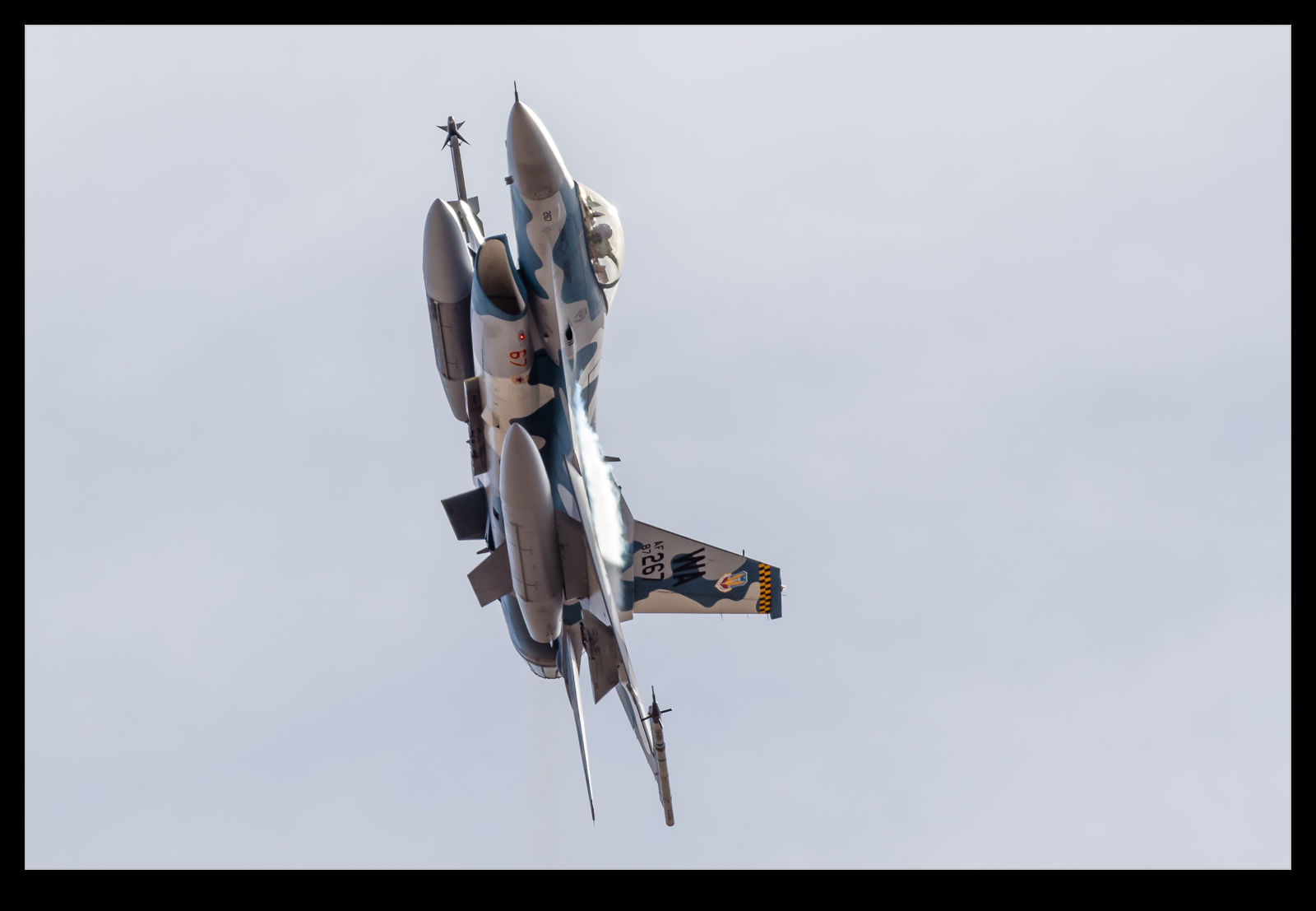 Shooting at Nellis always requires choices to be made.  Aside from determining which end you will go to, there is the question about how far up you will go at the Speedway.  Some jets turn very tight, others turn long.  Some departing jets flex, some flex more tightly than others.  Where to go?  Paul and I headed up near Gate 7 to see whether we would do alright.  As it happened, quite a few of the jets were flexing right overhead us.  This didn’t provide the sort of shots we had originally envisaged but, as it turned out, I was rather pleased with the different look. 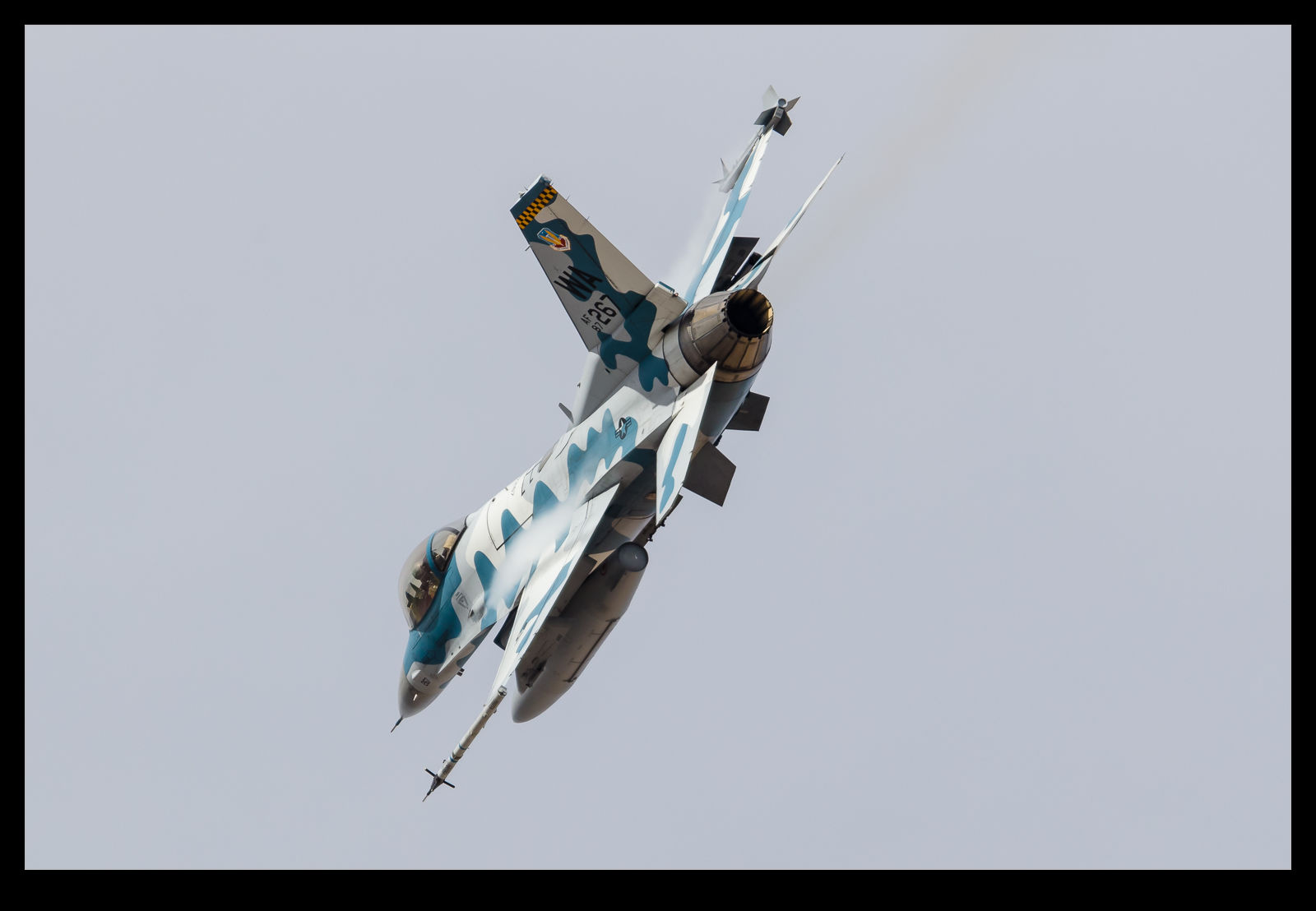 I was getting some very head on shots of some of the aggressor F-16s as the turned towards the ranges.  There was even a bit of moisture in the air and the vortices over the root extensions were showing up.  That angle has a very dynamic look, even though the lighting in that location is not great for such an angle.  The other benefit was as they had passed overhead.  You got a close look at the top side of the jet from behind as they flew away.  It might not have been what we intended but I was rather pleased with the outcome anyway. 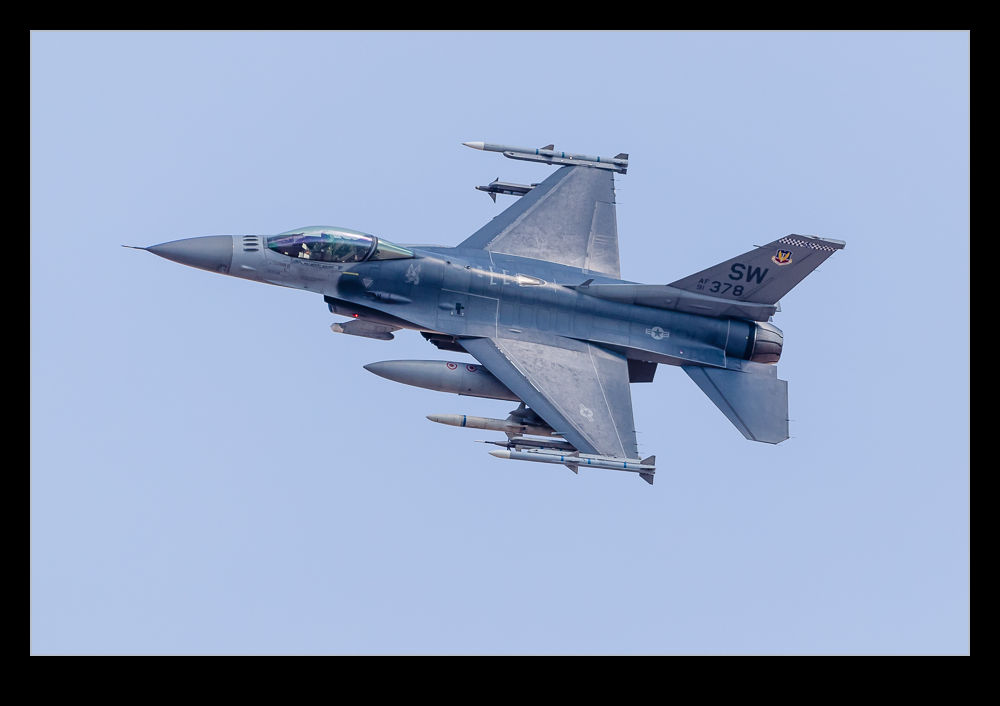 Regular visitors to Nellis will know this and can move along.  For those that haven’t shot there, Nellis departure routes when taking off from the 03 runways can be one of two things.  The jets tend to climb quickly and they are offset from the usual photography location alongside the speedway.  You can get shots but they are pretty samey with side on shots of the jets further away or slightly underside shots of the jets coming off 03L. 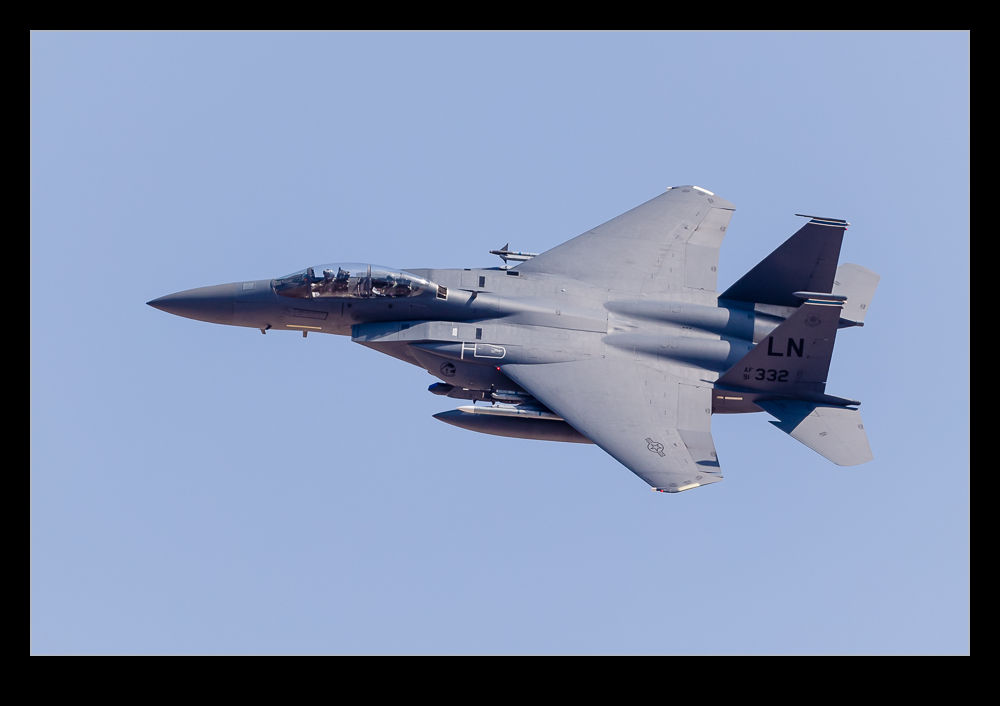 However, anything that is playing as Red Air tends to take a Flex departure.  This involves a break to the left from the normal route with a different heading to take the, to the ranges to deal with the incoming Blue force.  The aggressors tend to flex most of the time.  The other aircraft that may be augmenting the aggressors might flex too.  The nice feature of this is that they break towards you.  Then you are playing a guessing game as to how quickly they will break.  You pick a spot along the road and hope that they will come your way.  Sometimes they will turn tight and catch you out.  Other times they will delay a bit and still be far away from you.  At their speed, it doesn’t take much to increase the distance from where you are.  At least you get more dynamic shots. 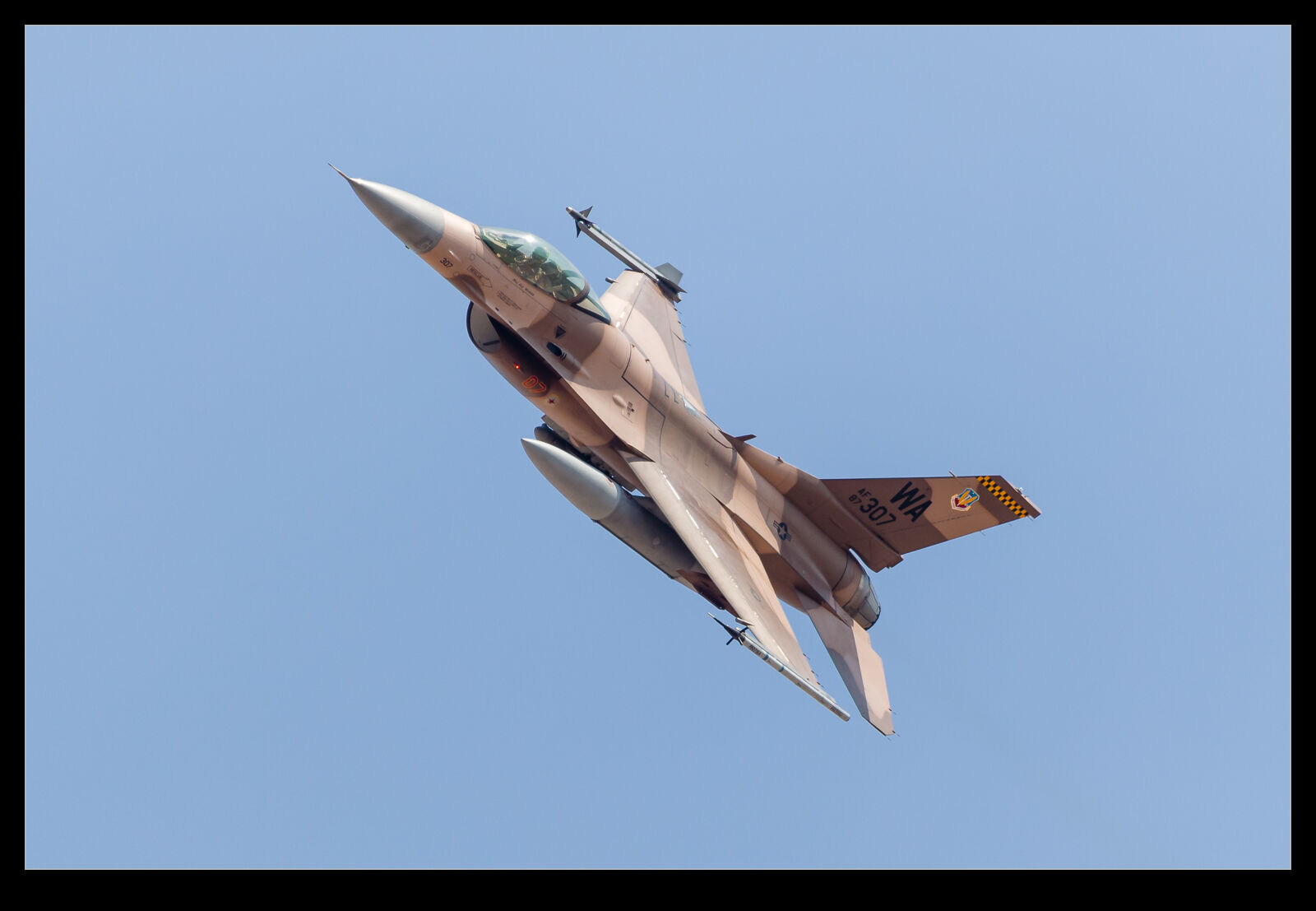 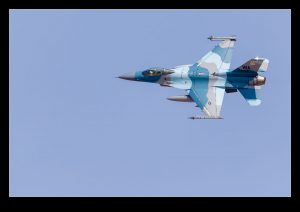 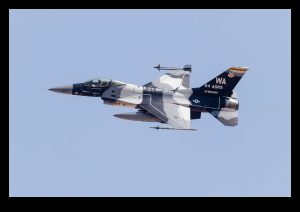 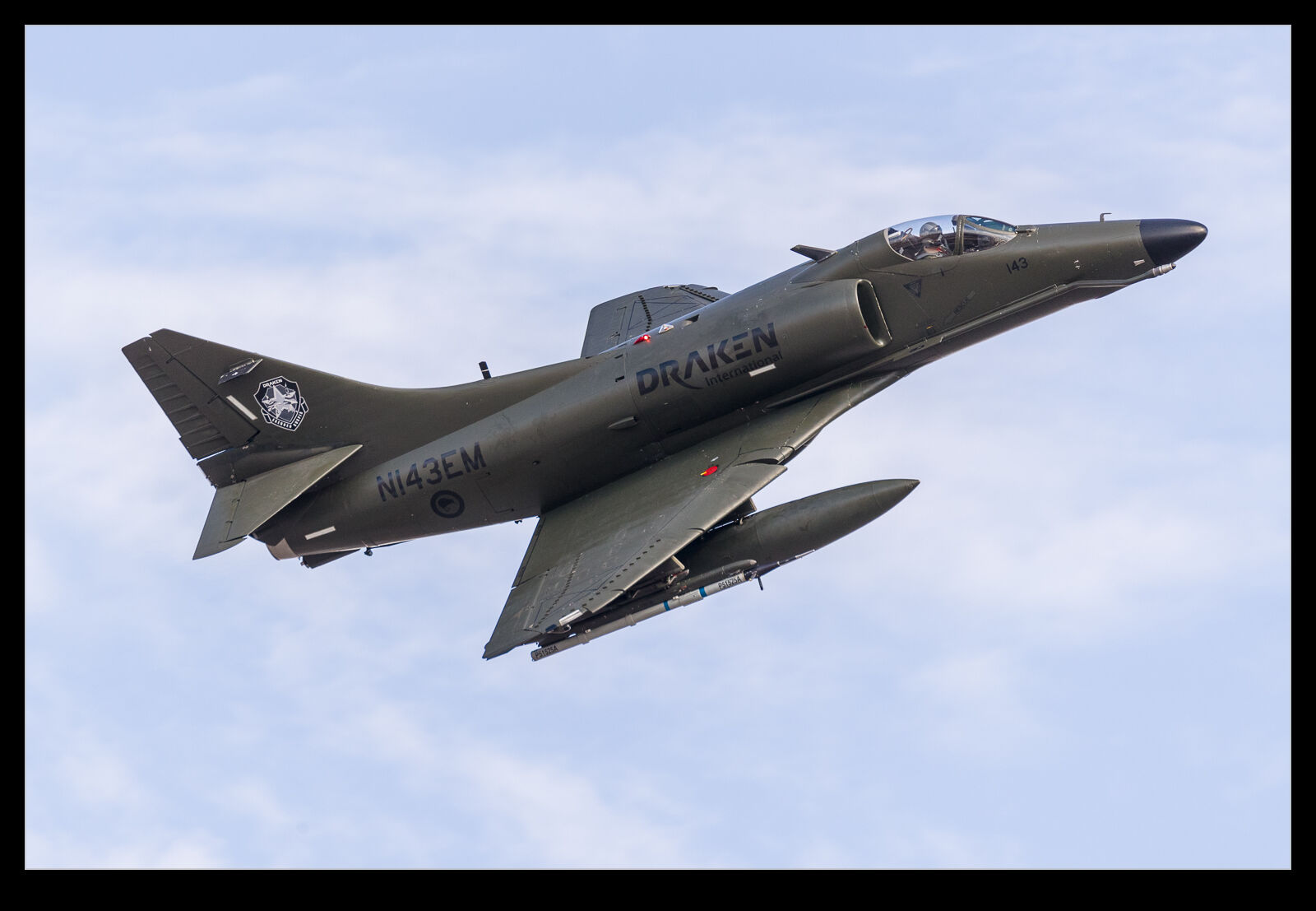 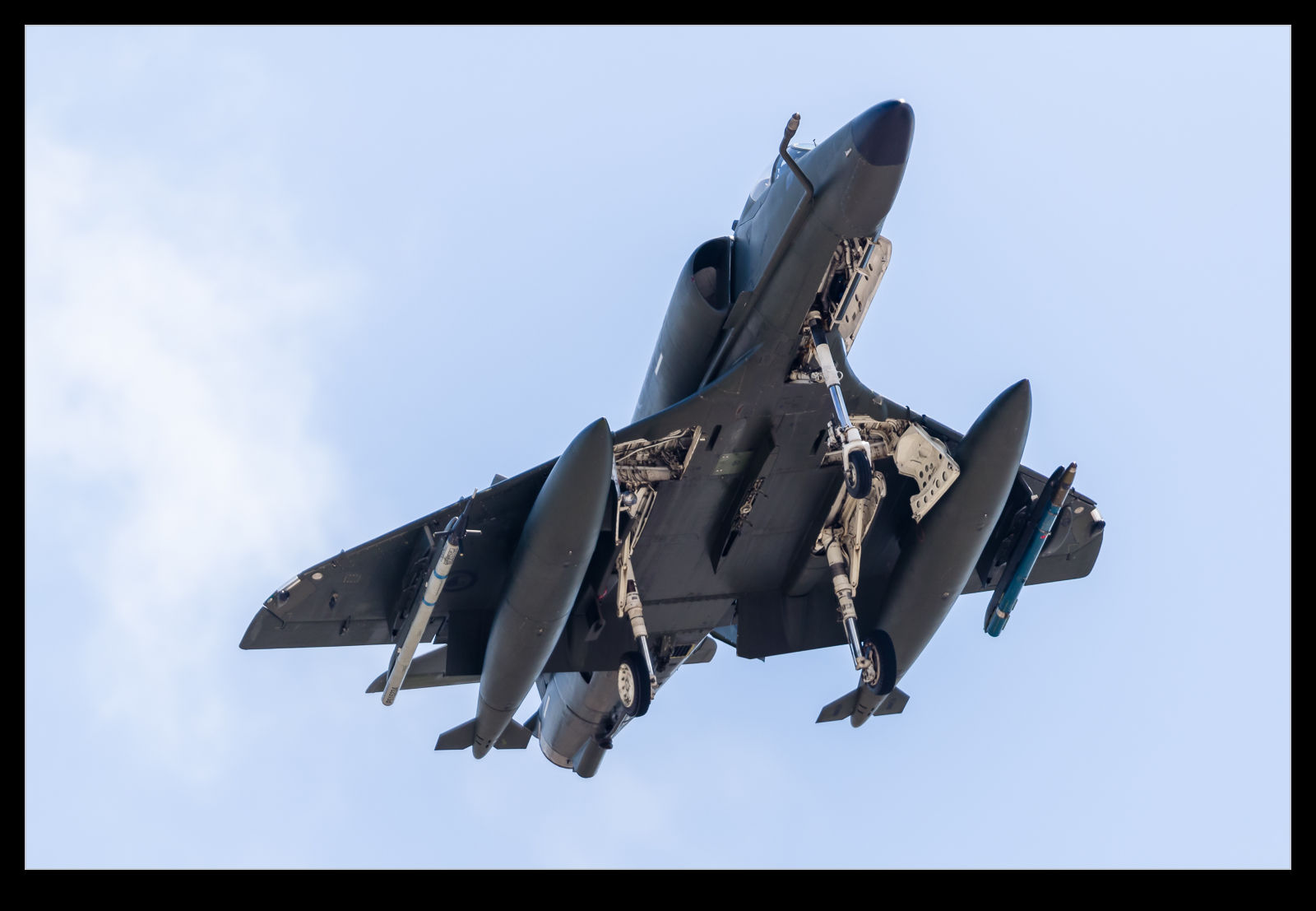 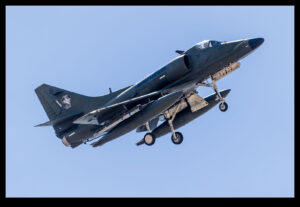 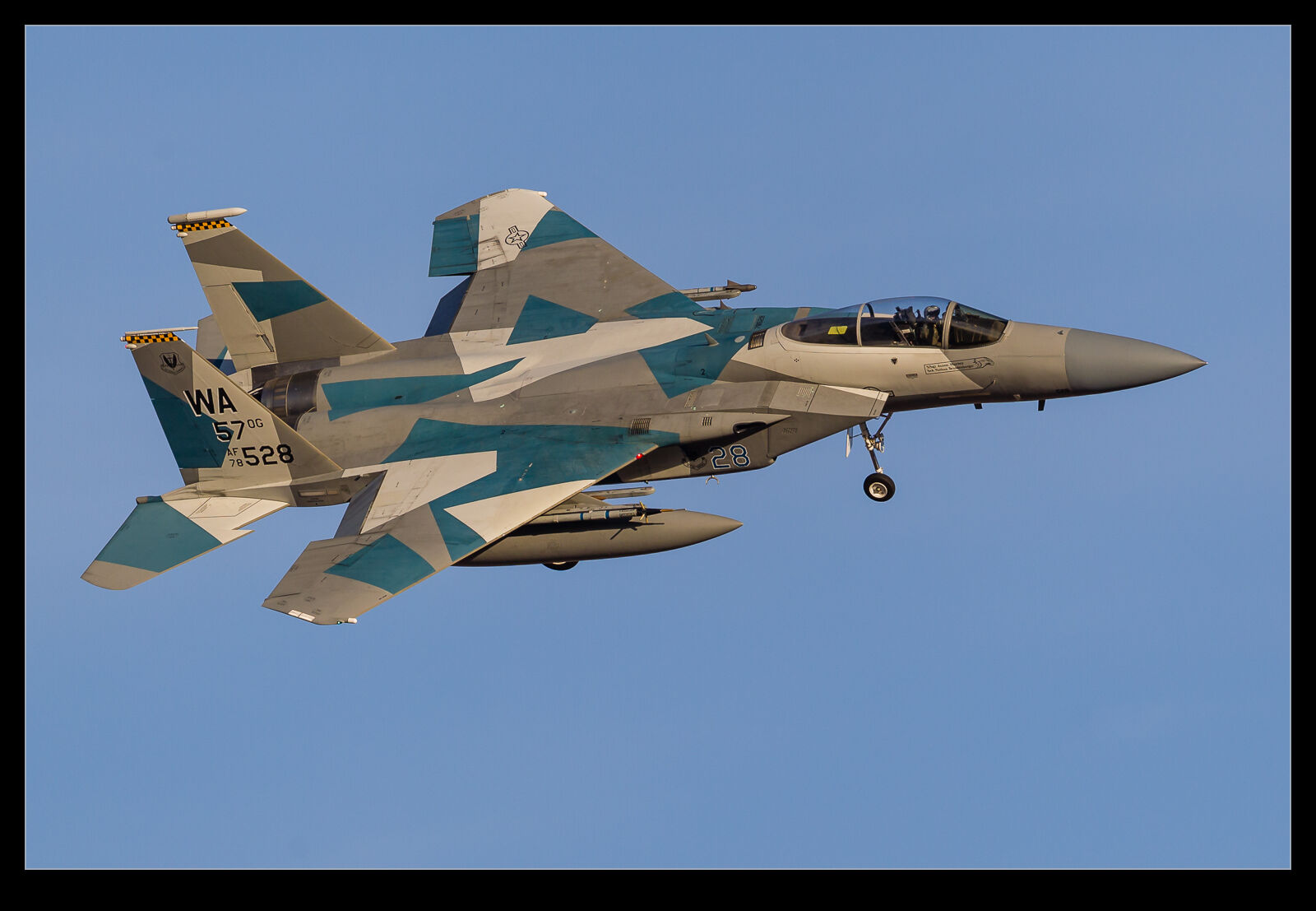 The USAF recently got rid of their squadron of Boeing F-15 Eagle aggressor aircraft. The aggressors have used a combination of F-15 and F-16 aircraft for a while but now they have gone to an all F-16 operation. The aircraft have been redistributed to the other units that operate the type and will gradually lose their aggressor colors as they get repainted. 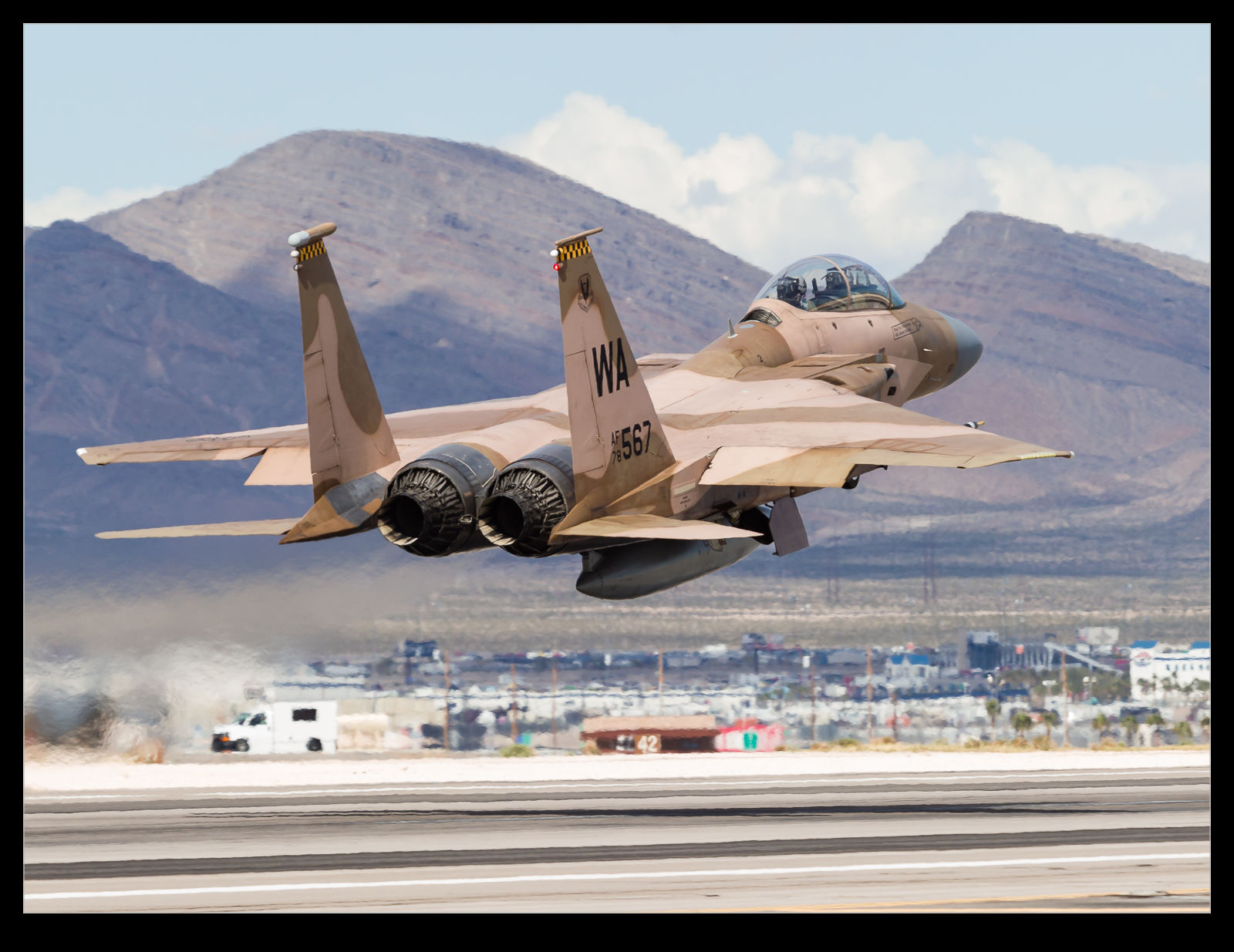 I thought I would celebrate them with a selection of shots of the F-15s that I have got over time. I wonder whether we shall see them again. It is not unknown for things to change again so we can hope. However, I won’t be putting money on it. 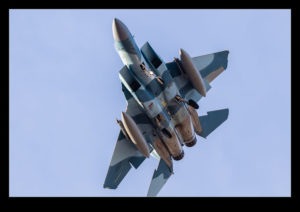 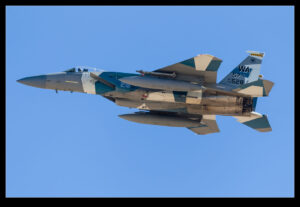 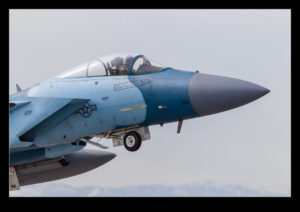 An aggressor Boeing F-15C of the USAF launches from Nellis AFB NV. 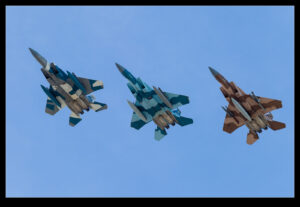