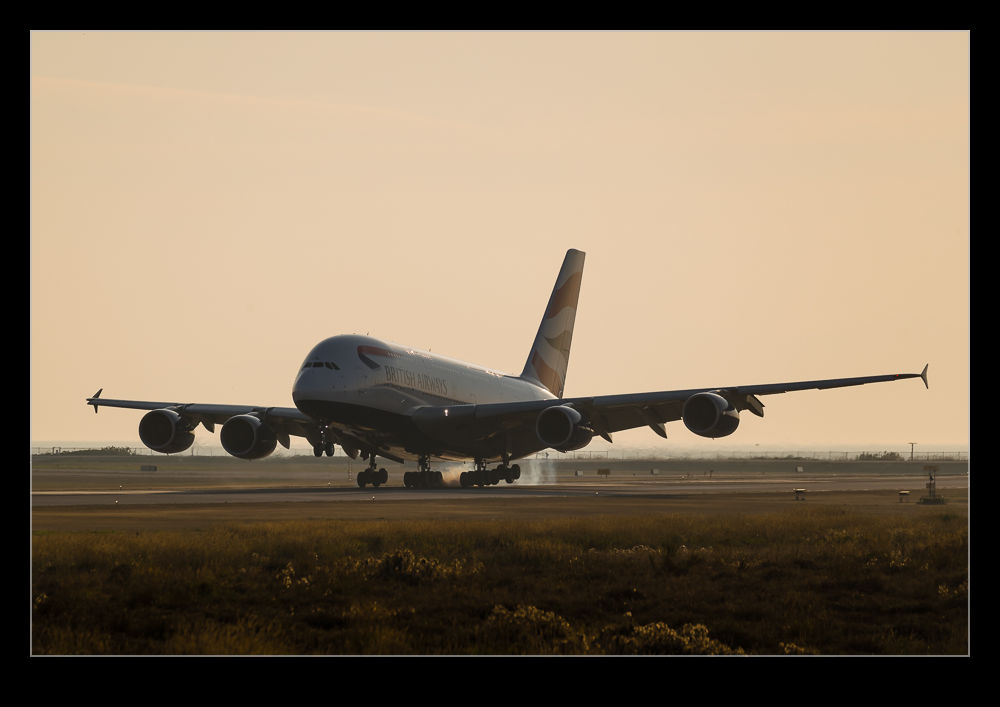 My friend, Mark, suggested we head to the north side of Vancouver for a couple of the heavy arrivals.  The light was not on the right side for shooting there but you can get a good angle on the arriving jets and, rather than fight the light, you can embrace it.  The sun is behind the planes and on the other side so it is very backlit.  It is the end of the day, though, so the sky does look nice. 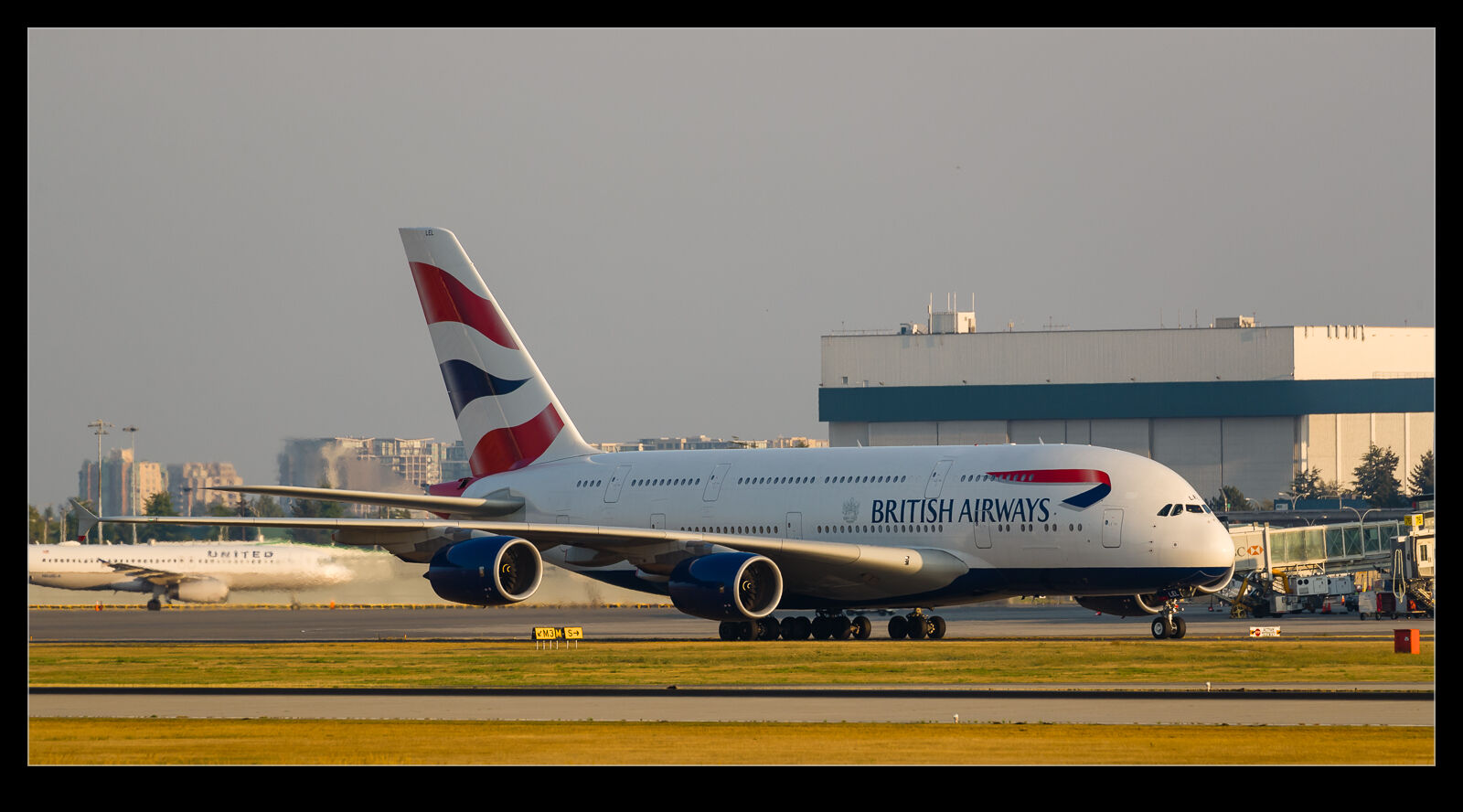 The British Airways A380 was on the approach when we got there so a quick run from the car got us in place.  The A380 is large enough that you often think you need to hurry more than you actually do because it appears closer in.  Let the heart rate settle a little and be ready to get some shots.  With the backlighting, it looked pretty impressive.  Once it was off the runway, it did need to taxi back to the terminal so that brought it into some better light. 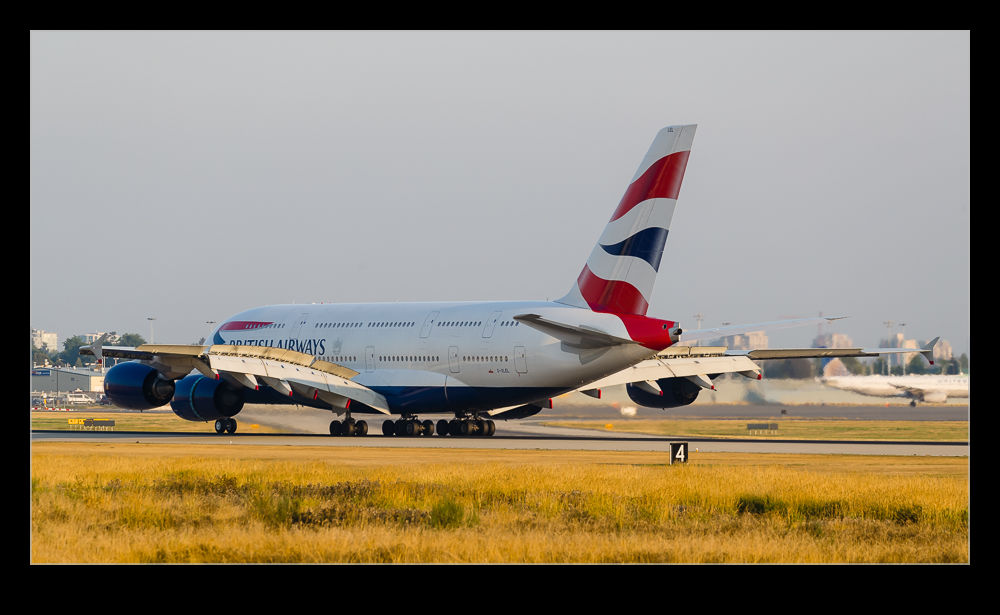