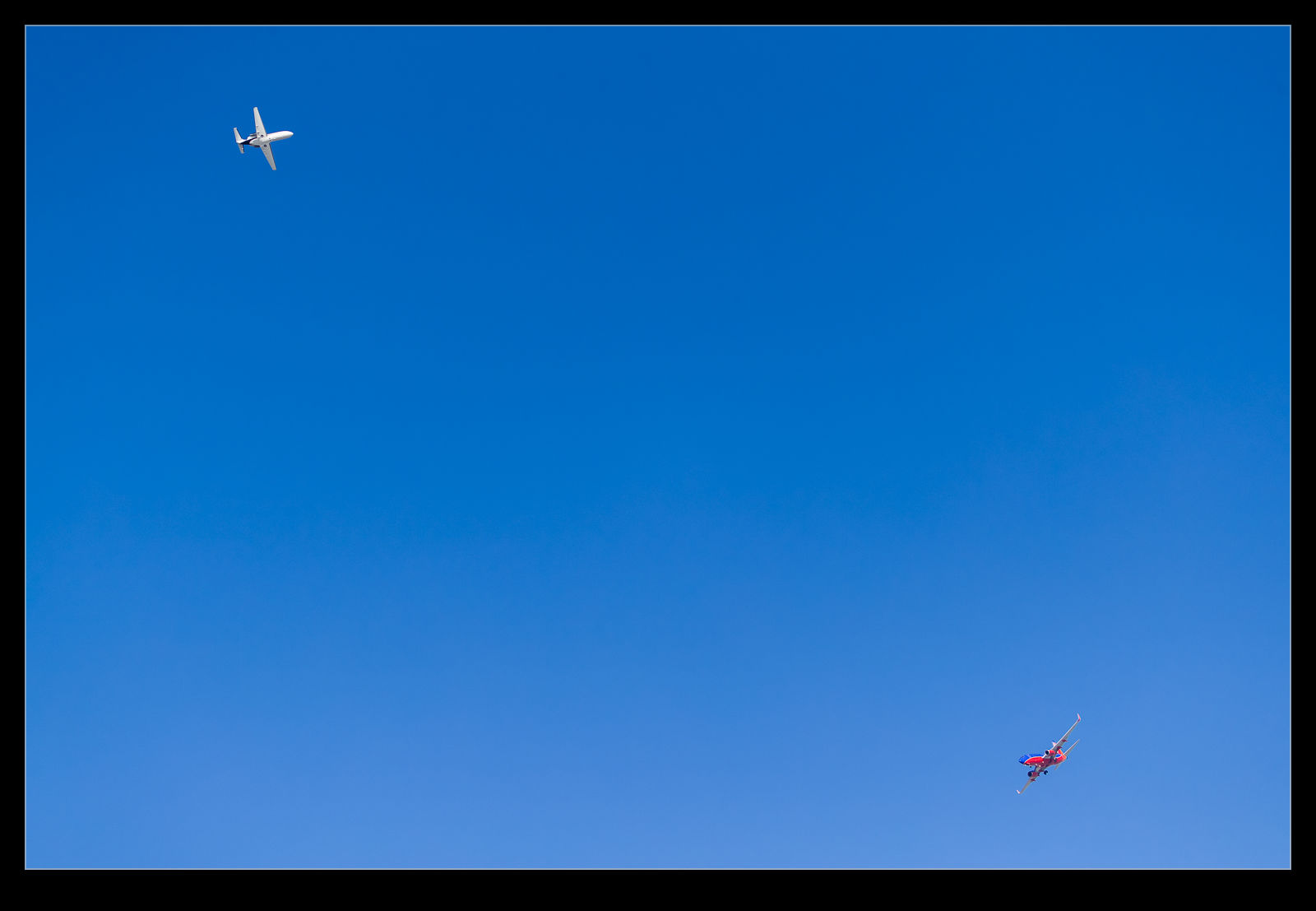 This was not an aircraft photography trip.  I was taking a walk along the shore at Hayward Regional Park.  It is a place with lots of wildlife and views across the bay.  It is also near the approach to Oakland so I did have the chance to take aircraft pictures if I wanted.  That wasn’t the goal though.  It didn’t stay that way though.  The approach to Oakland involves flying right by Hayward Airport.  Hayward has a lot of general aviation traffic.  The spam cans are intermixed with some corporate jets. 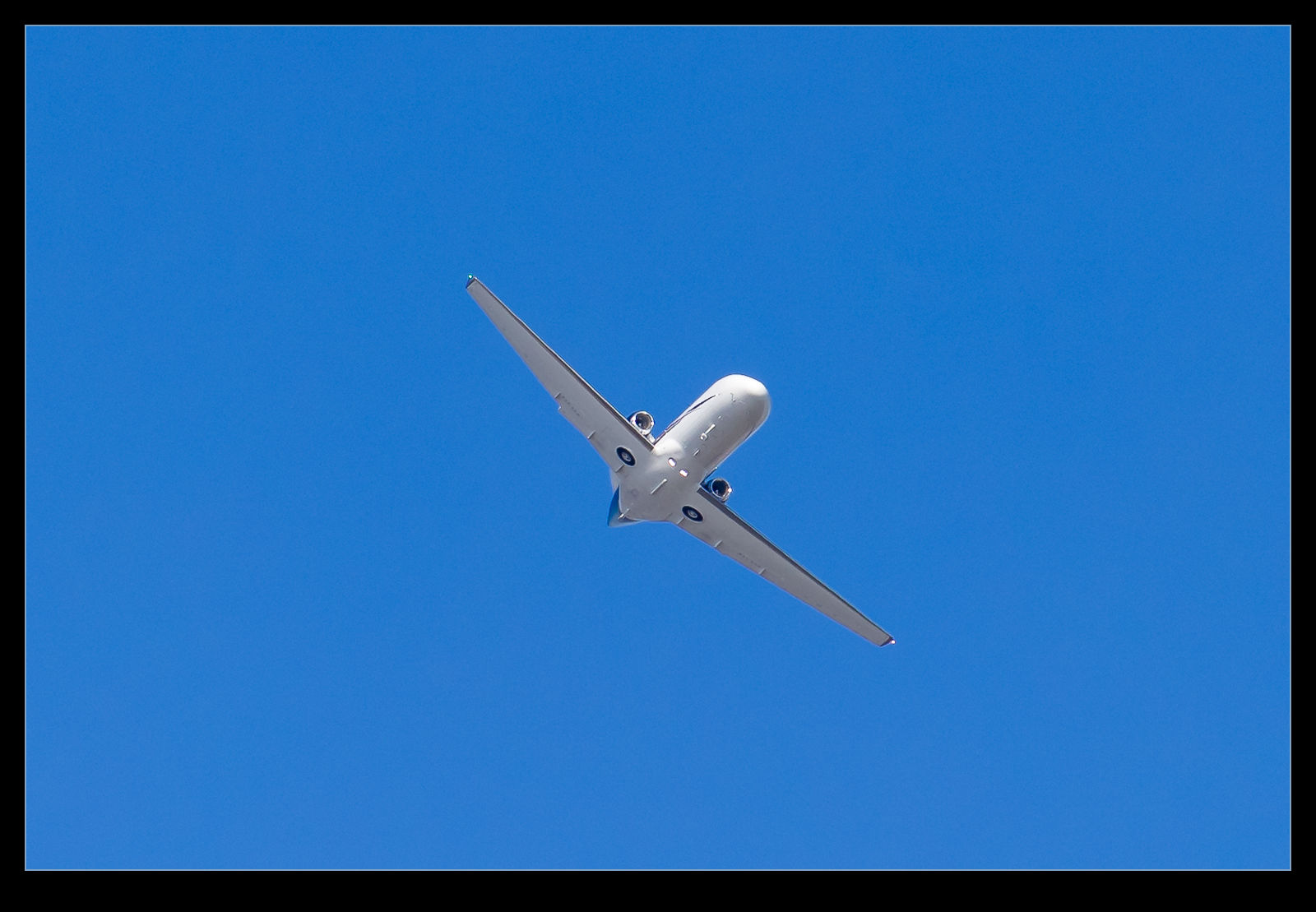 What caught my eye was the incoming Southwest 737 and a departing Cessna CJ M2.  The CJ took off and entered a climbing left turn.  This put it into the path of the Southwest 737.  I don’t know who was at fault in this.  Was the Southwest jet too close, did the CJ pilot break his cleared departure profile or should Hayward tower never let him go?  I don’t know.  Whatever the reason, they were heading towards each other. 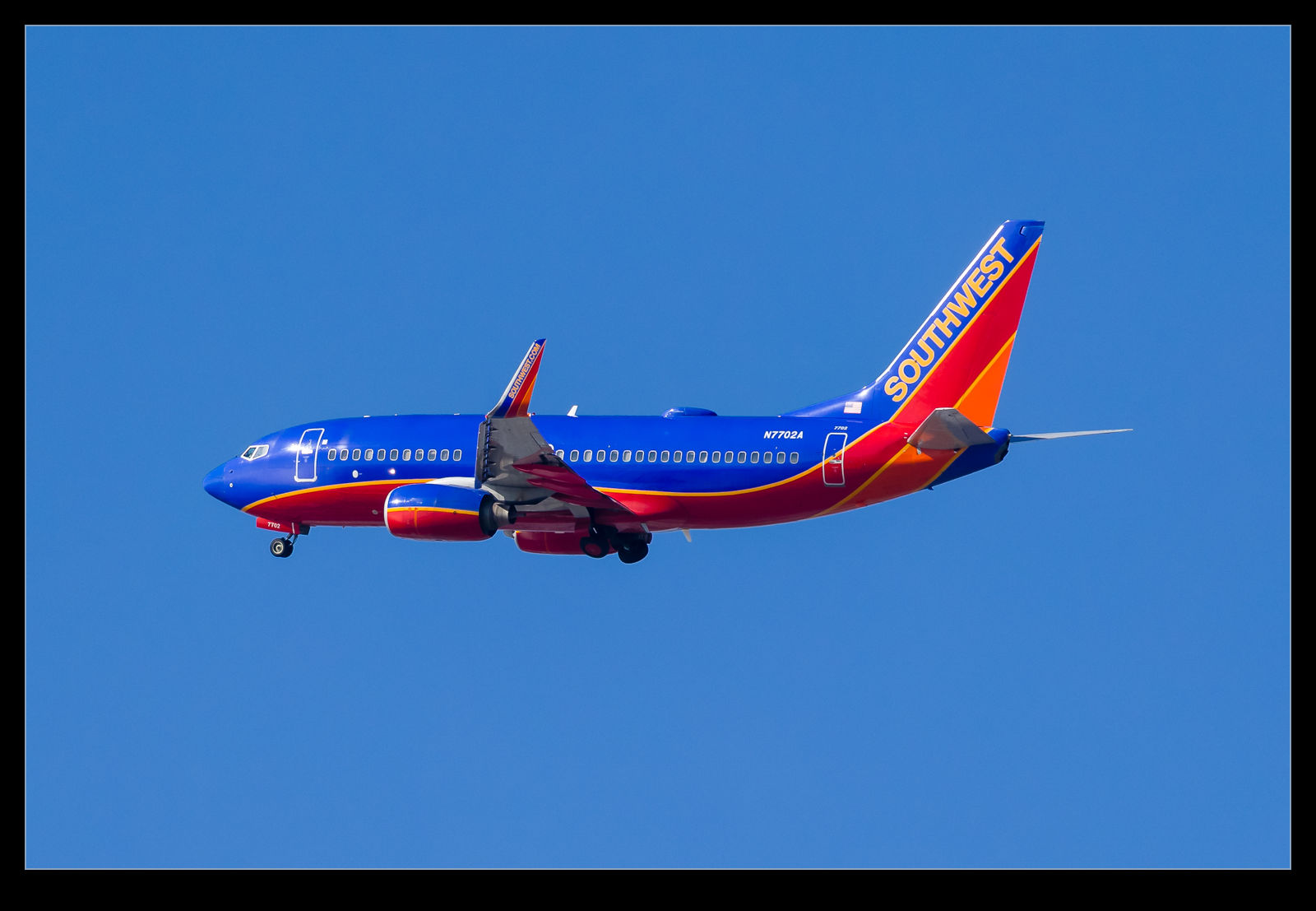 I also don’t know whether the Southwest crew saw the CJ first or if the TCAS gave them a resolution notice.  Whatever happened, they took some pretty dramatic avoiding action.  I imagine it felt pretty interesting from inside the cabin.  They gained good separation and everything was fine.  At first I thought they were going to try and get reestablished on the approach but cooler heads prevailed and they cleaned up the jet and went around.  After some time to let the heart rate fall, they appeared back on the approach for a more conventional approach.  All ended well.  I wonder how the conversations went after landing.