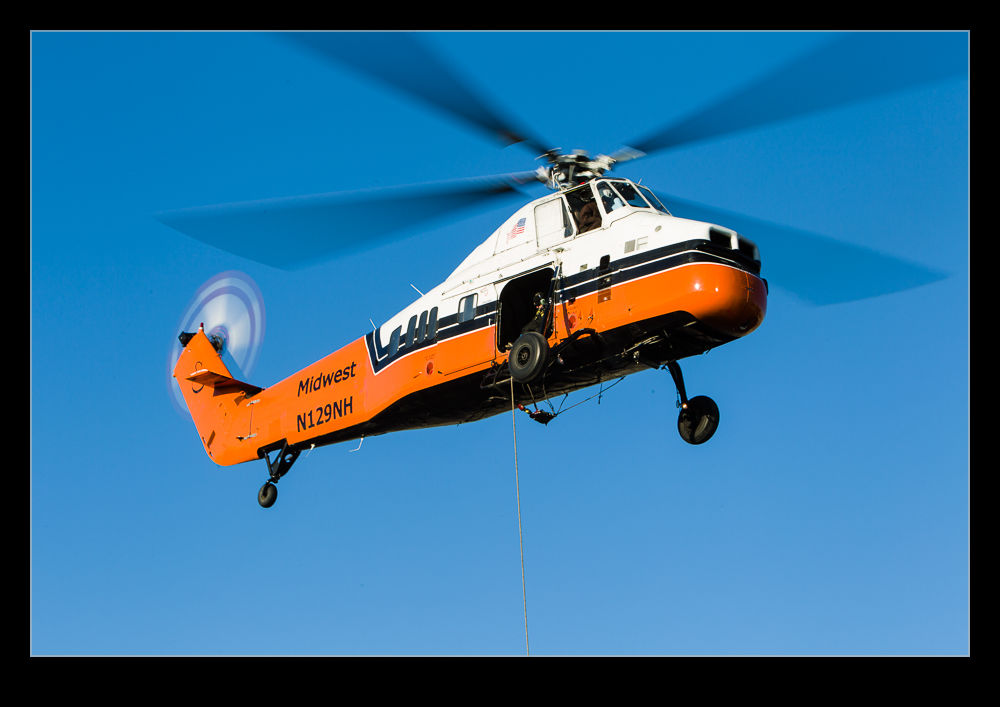 It has been a while since I was up on the roof with the Midwest Helicopter team. A couple of jobs came up recently on the same morning and I went along. It was a great morning with lovely winter light and good skies, at least to start out with. Of course, these conditions in the winter also can mean low temperatures. It was 14F on the first job – not the coldest I have experienced on one of these lifts but quite close! However, when benefit of living in Chicago for a number of years is that I do have suitable clothing for cold weather. 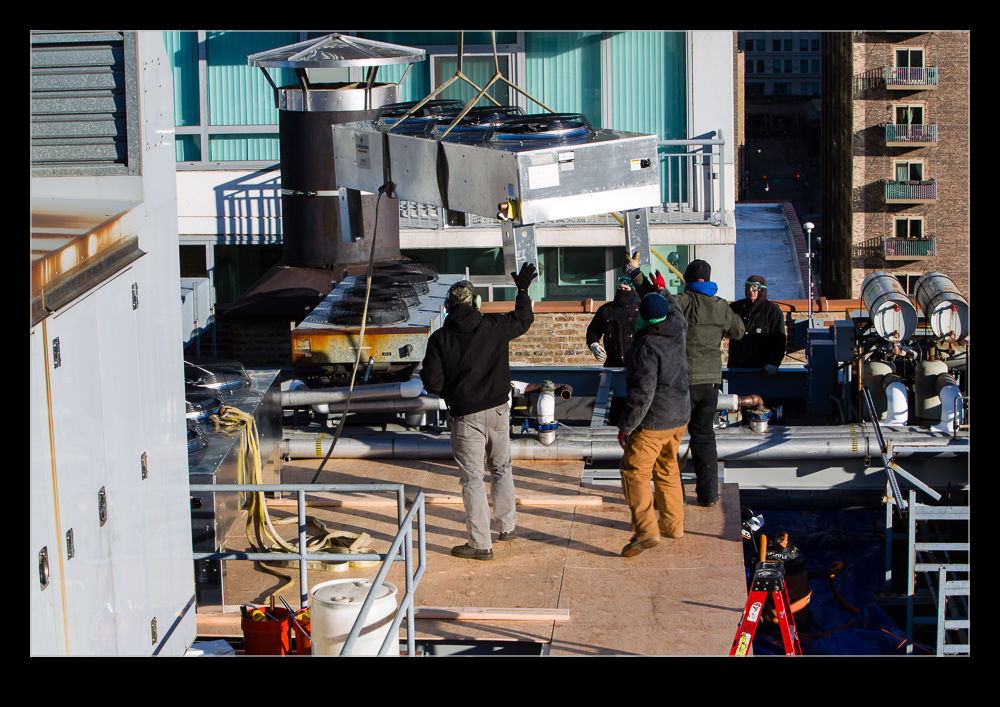 The first job was a relatively simple one. The building was not terribly tall, maybe a dozen floors or so, and there were three cooling units going up and one old one coming down. A previous job had been done by the team on this building but this one required some adjustments. The location where the units were to be placed was on the other side of the roof and a lot closer to a far higher building. The normal 100′ line would not suffice and the 300′ option was required. This is a far rarer requirement so Jim, the Chief Pilot, decided to fly it instead of one of the other pilots since he hadn’t any experience with the 300′ line. 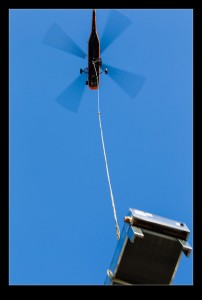 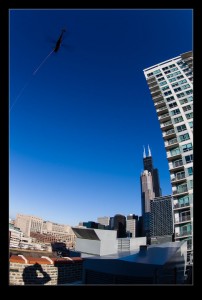 I had plenty of space up on the roof to move around to shoot while staying out of the way of the crew. My job is to avoid them and stay out from under the loads. I do think Jim sometimes is playing a game with me as, on this job like some before, I ended up tight in a corner as it seemed like he was aiming for me! In truth I was well clear and he wasn’t chasing me but when you are looking almost straight up at the loads, they do look like they are closer than they really are. 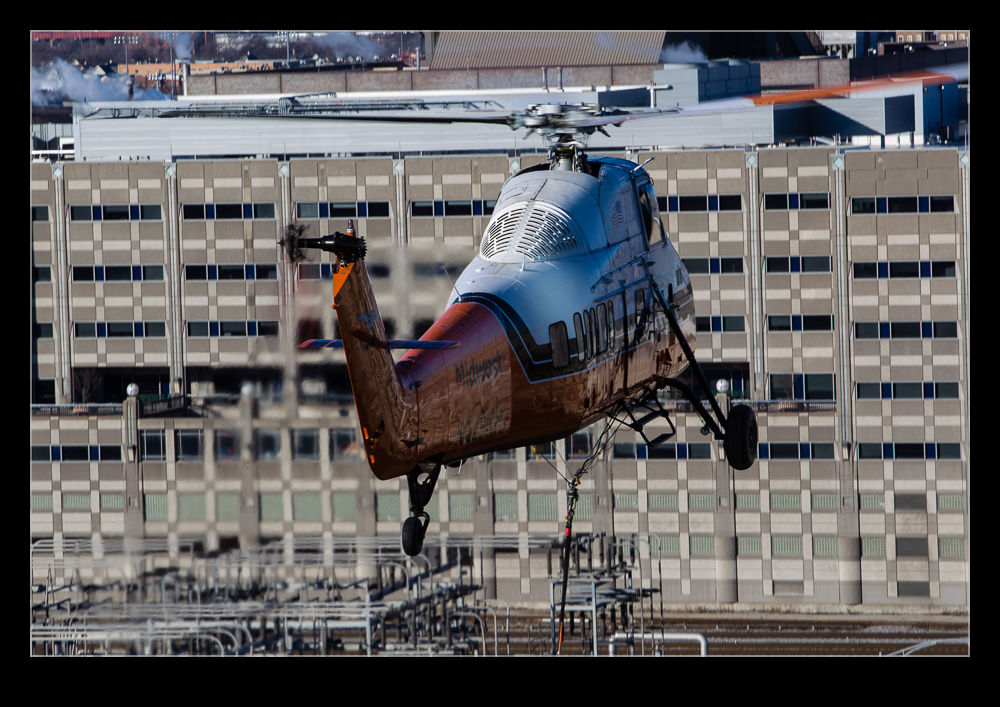 The only disappointment for me was that the wind was coming from the west so the aircraft was tail on for most of the time. Since the light was at its best this early in the morning, that was a shame. However, not a bad start to the day.

1 thought on “Some Long Line Work”