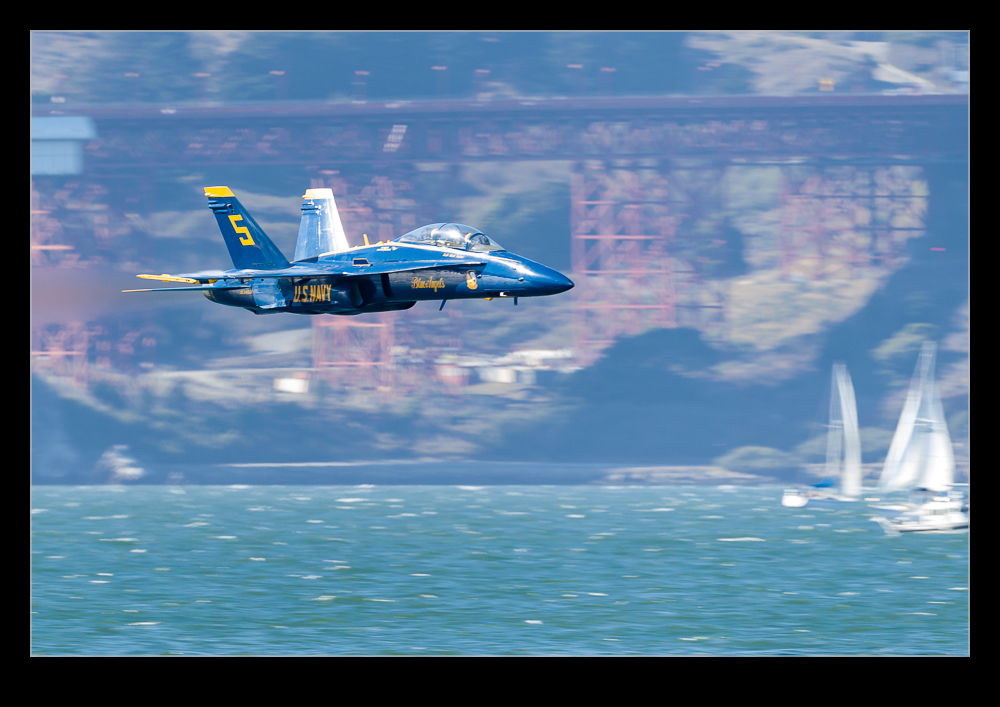 I have seen a large number of displays by the Blue Angels over the years.  Their display is a good one generally (although the ground portion is a little time consuming in my opinion).  The sequence does not vary much from year to year but it works well enough so that is probably no big surprise.  One of the fun parts is the sneak passes.  The four ship head off in one direction to distract you and a solo jet streaks in from the left at low level and high speed.  This catches a lot of people by surprise. 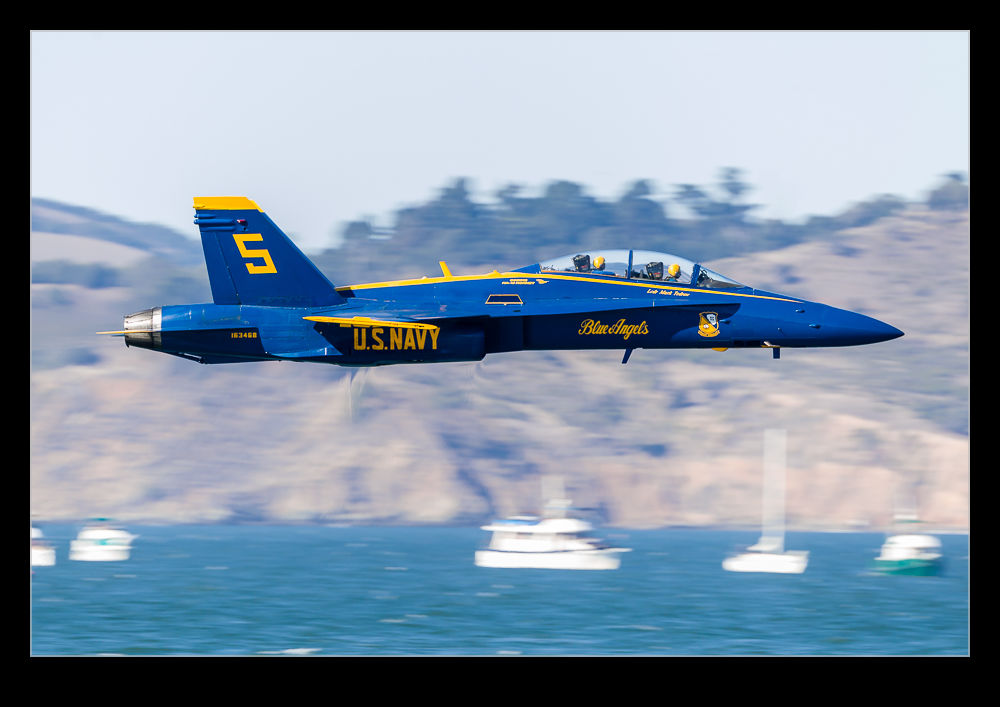 Just as everyone is getting over this, the other solo jet does something similar from crowd rear to make you all jump again.  The displays that are held over water provide an added option for the first sneak pass.  With no obstacles, the aircraft can end up very close to the water.  This makes things look even more impressive.  Also, the high speeds can result in some impressive vapor formations in the shock waves. 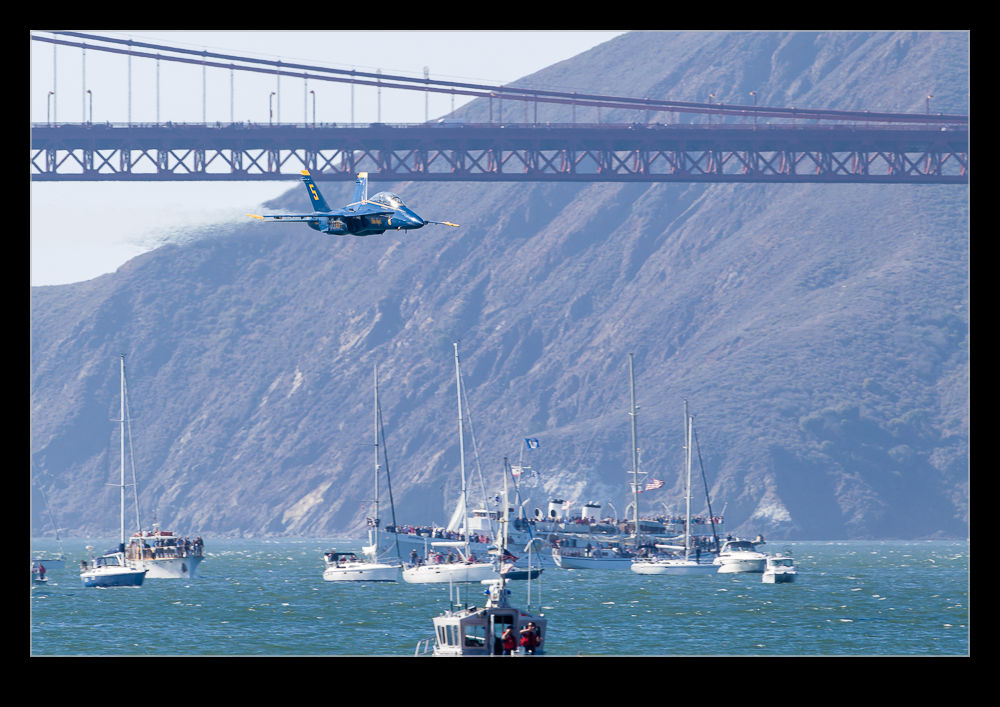 The Fleet Week display on the Friday had great weather conditions but, surprisingly for the Bay Area, the humidity levels were not terribly high.  Consequently, while the sneak pass had its usual surprise impact, it did not result in any vapor on the jet.  The upside of this was that the optical distortion caused by the shock waves was visible in some shots when a reasonable amount of background was included.  Not what I was aiming for but not a bad alternative.