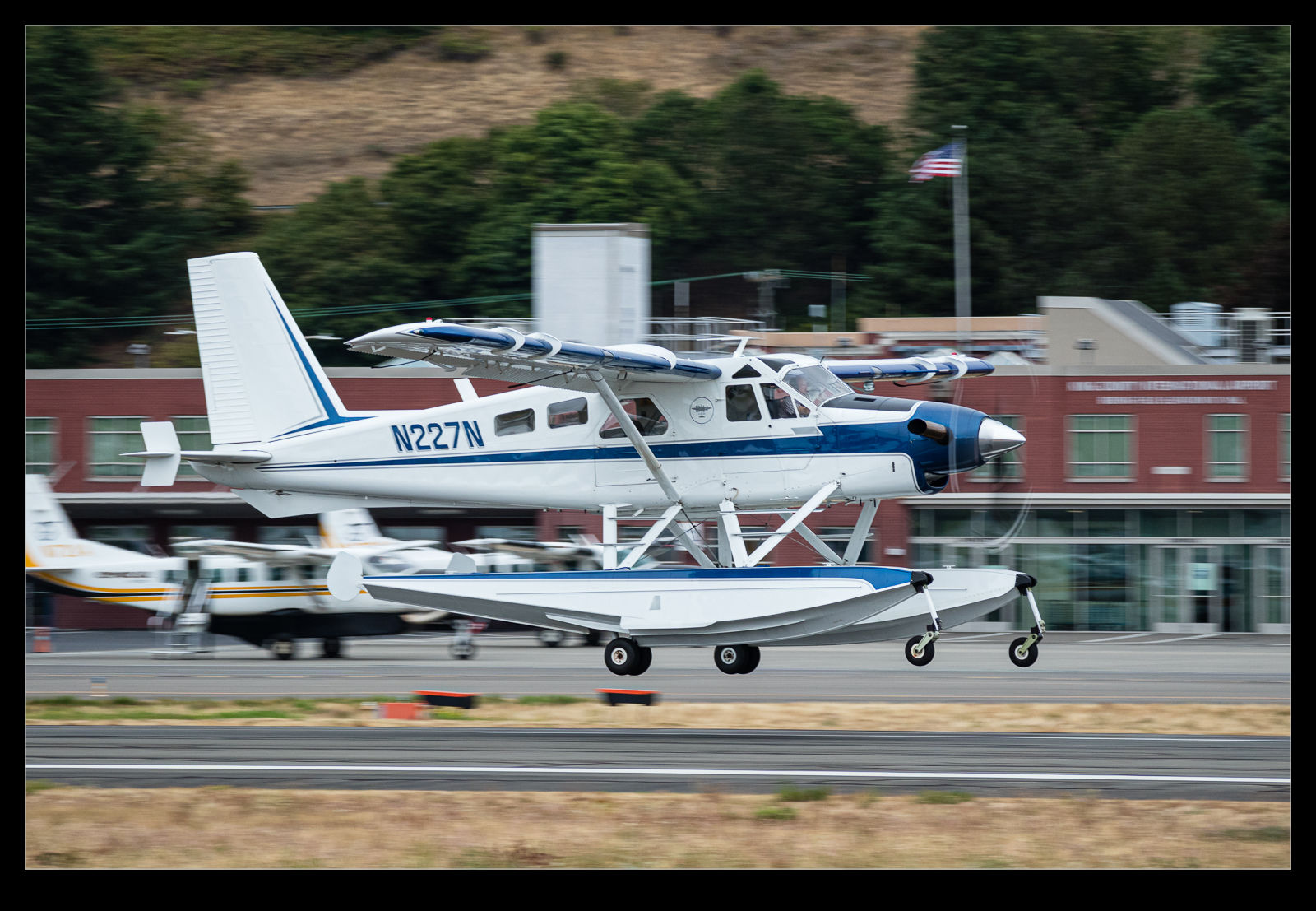 While walking along the main runway at BFI, the shorter runway remained in use.  Since I was at the north end, that meant walking parallel to some of the movements.  A Turbo Beaver was one of the planes to use the runway while I walked alongside so it would have been rude not to grab a few shots as it went by.  I was using the M6 which is not my usual camera for action work but you go with what you have! 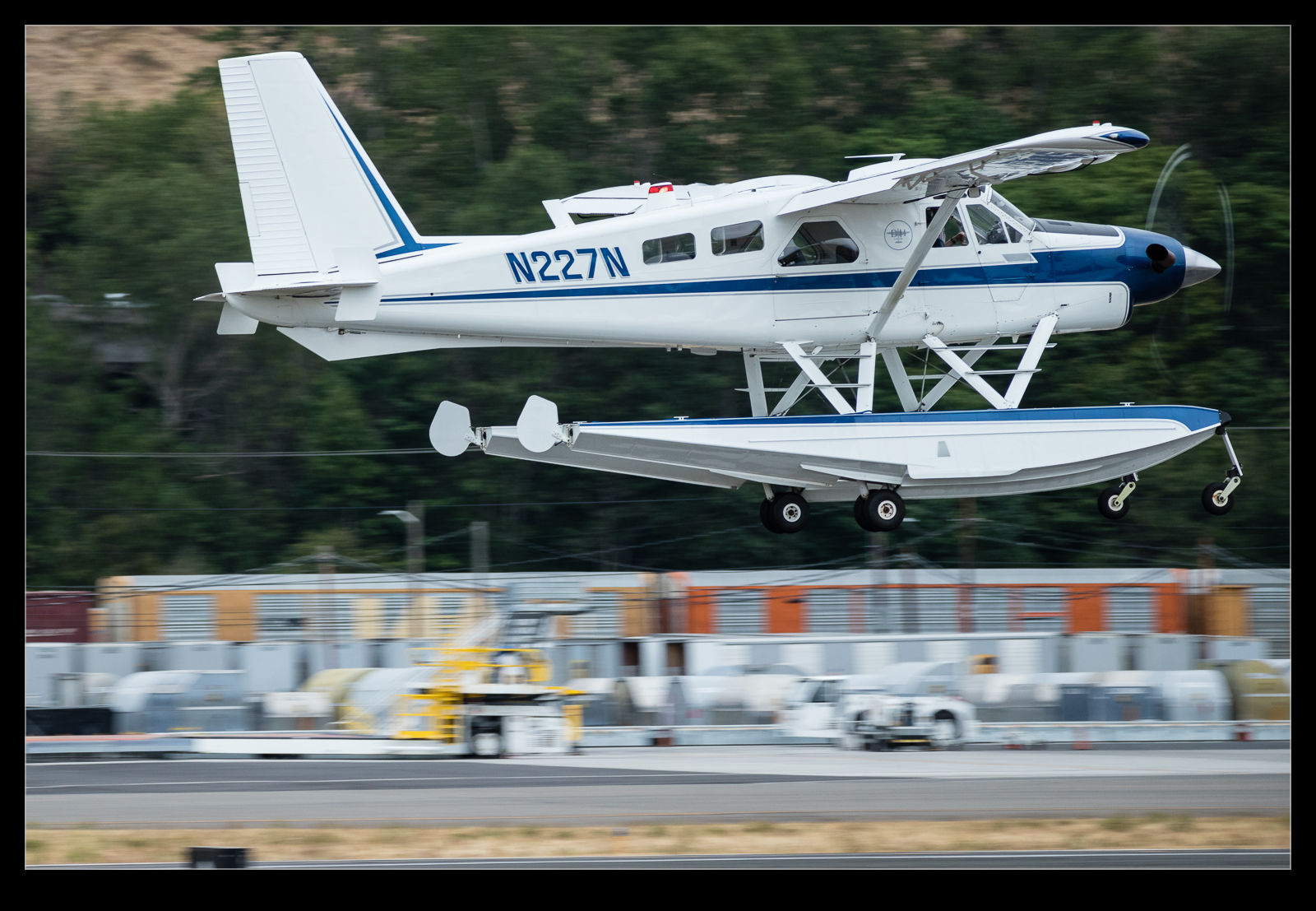