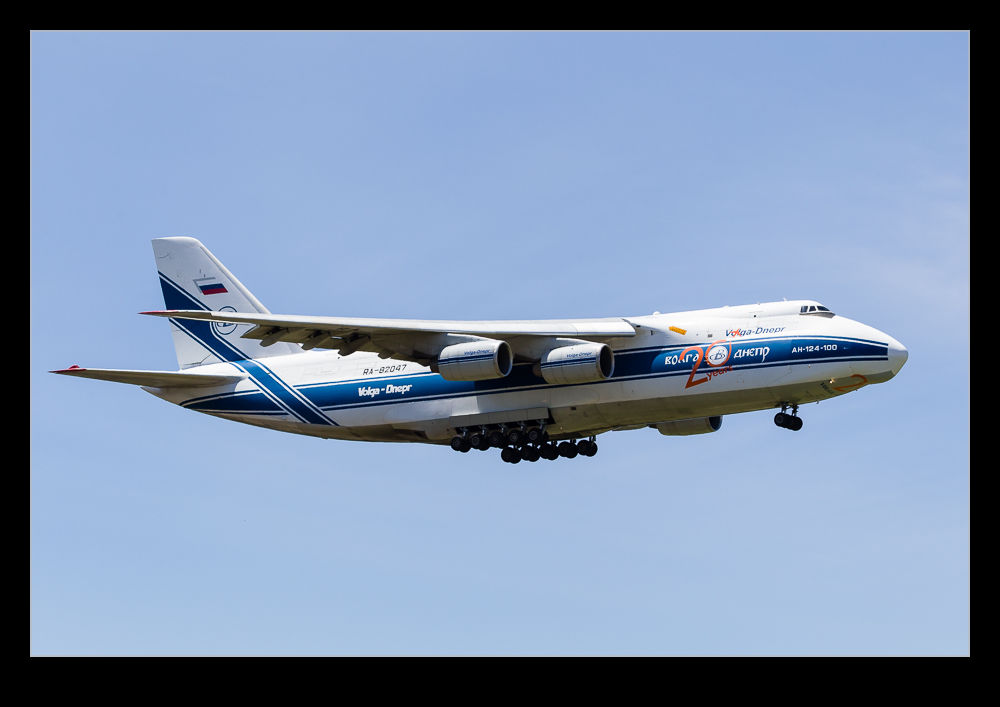 A long time holder of the title of world’s largest aircraft (until superseded by the single example of its big brother) was the Antonov AN124 Ruslan.  This giant freighter was created in the days of the Soviet Union by the Antonov design bureau in what is now Ukraine.  With the thawing of east-west relations, the utility of this aircraft was apparent to many western organizations both civil and military.  These days, the operators of the type have a steady business moving outsized freight around the world.  There has even been talk of restarting production although that remains just talk for now. 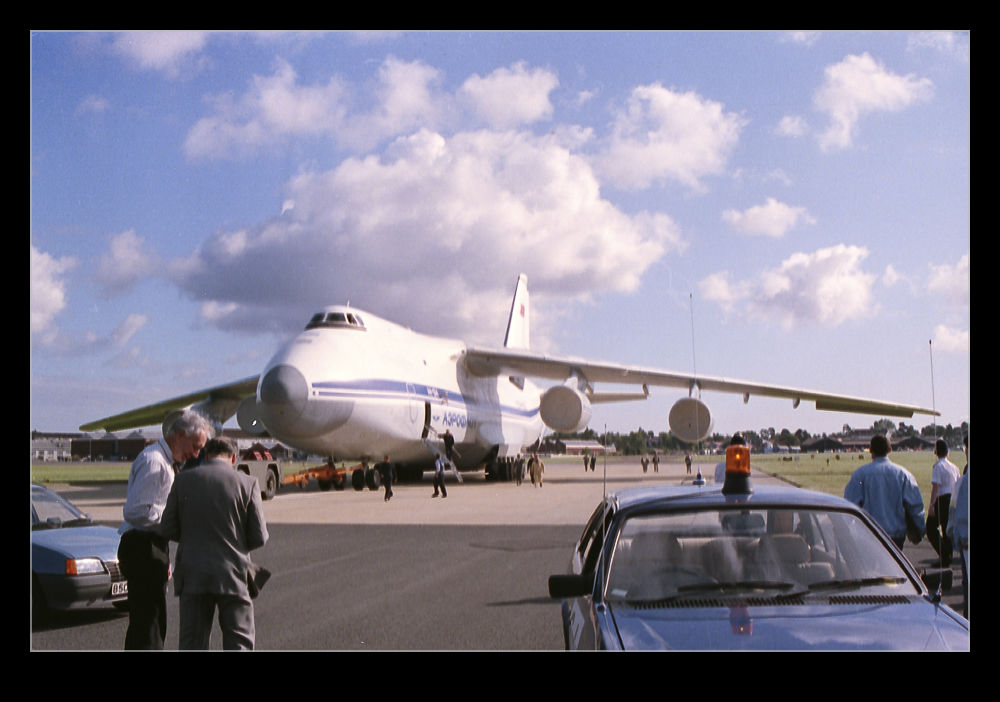 My first experience of the big Antonov came in 1988.  It made an appearance at the Farnborough airshow along with a pair of MiG-29s.  This was a big deal at the time and I remember being amazed as I stood next to these types that had been something previously unlikely to be seen unless something very bad had happened.  The MiGs flew impressive displays and wowed all who were there.  The Antonov was not so lucky.  On the first day of flying as I stood with everyone waiting for it to take off, it started to roll down the runway before a bang and flash indicated a surge in one of the engines and she stayed firmly on the ground. 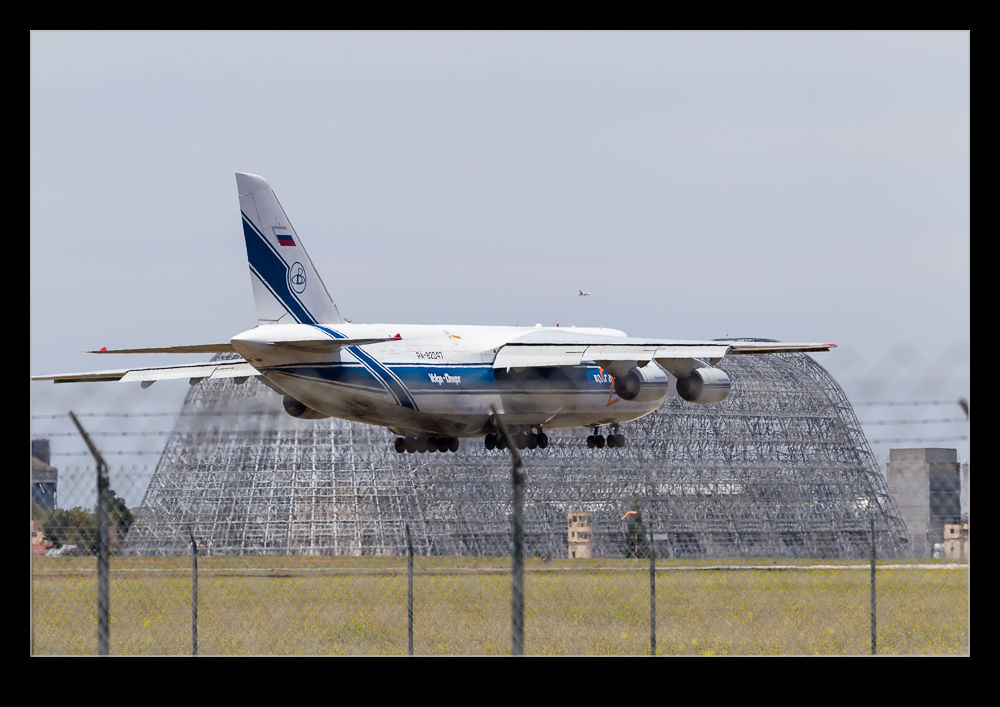 That was as close as I got to one for a long time afterwards.  I occasionally might see one parked in a quiet corner of an airport and once or twice spotted one flying far off in the distance but I never saw one up close and flying until a short while ago.  I have a Flightaware tracker on the movements of these beasts and one of them was due into Moffett Field on a Saturday.  I decided this was something I had to do so made the trip across the bay.  Everything ran according to schedule and I was there to get a shot as she came in across the fence (a fence that spoiled a nice finishing shot which I include just because it was almost nice.)  Not bad after 26 years of waiting!