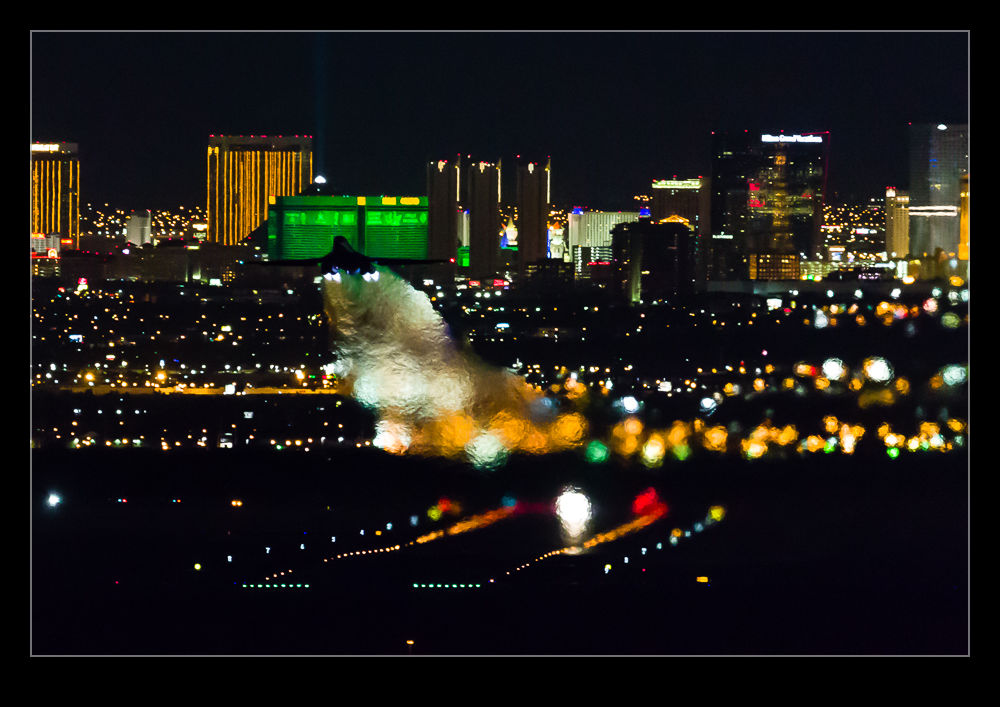 This is an example of what worked and what might have been. After night fell at Red Flag, we headed up to the far end of the base where you are looking down towards the runways and the city of Las Vegas is in the background. Here the jets are departing over your head for the night mission. Most of them are sufficiently high and fast to cancel afterburner before they reach you. However, the B-1s stay in burner for a lot longer. Getting a shot of them in the dark – or more accurately, a shot of their engine exhausts – was the aim o the game. 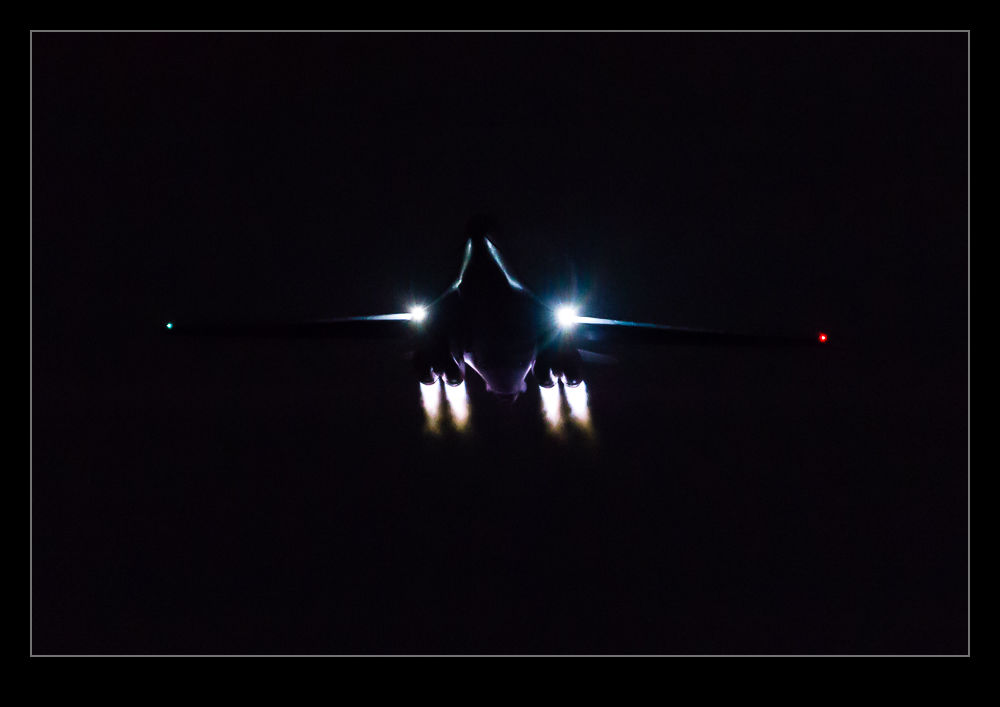 They really look very cool as they blast off the runway and head towards you. It is pretty dark so you have the lenses wide open and the ISO cranked up very high. Even then, the shutter speed is low so it is a bit hit or miss. I did get a few that came out pretty nicely. Meanwhile, I had been trying to get a series of shots with a second camera to make into a time-lapse. Unfortunately, I hadn’t brought a cable release with me. I was trying to bodge together something to keep the shutter depressed. It would work for a while and then I would have to try again. The result of this is that I was progressively moving the camera. No tripod for this effort. It was resting on the roof of the car! The resulting time lapse is shorter than I would like and obviously not very good but I include it below just so you can see what I was trying for. Another time perhaps. Meanwhile, the following week, Chris went back and had a better planned go. I think his results were far better. 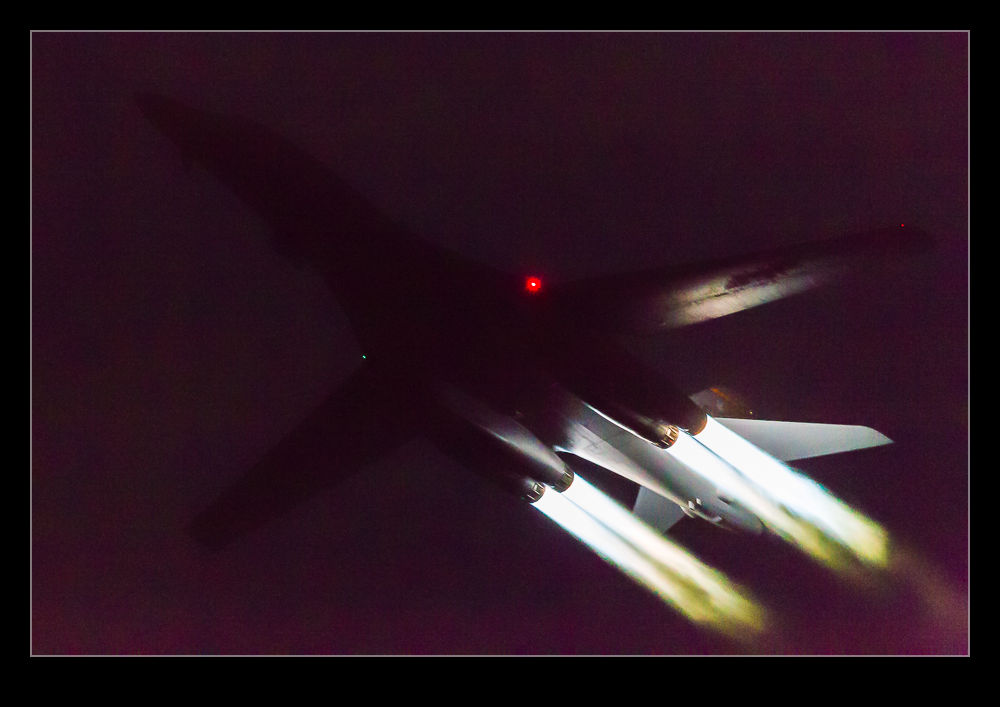