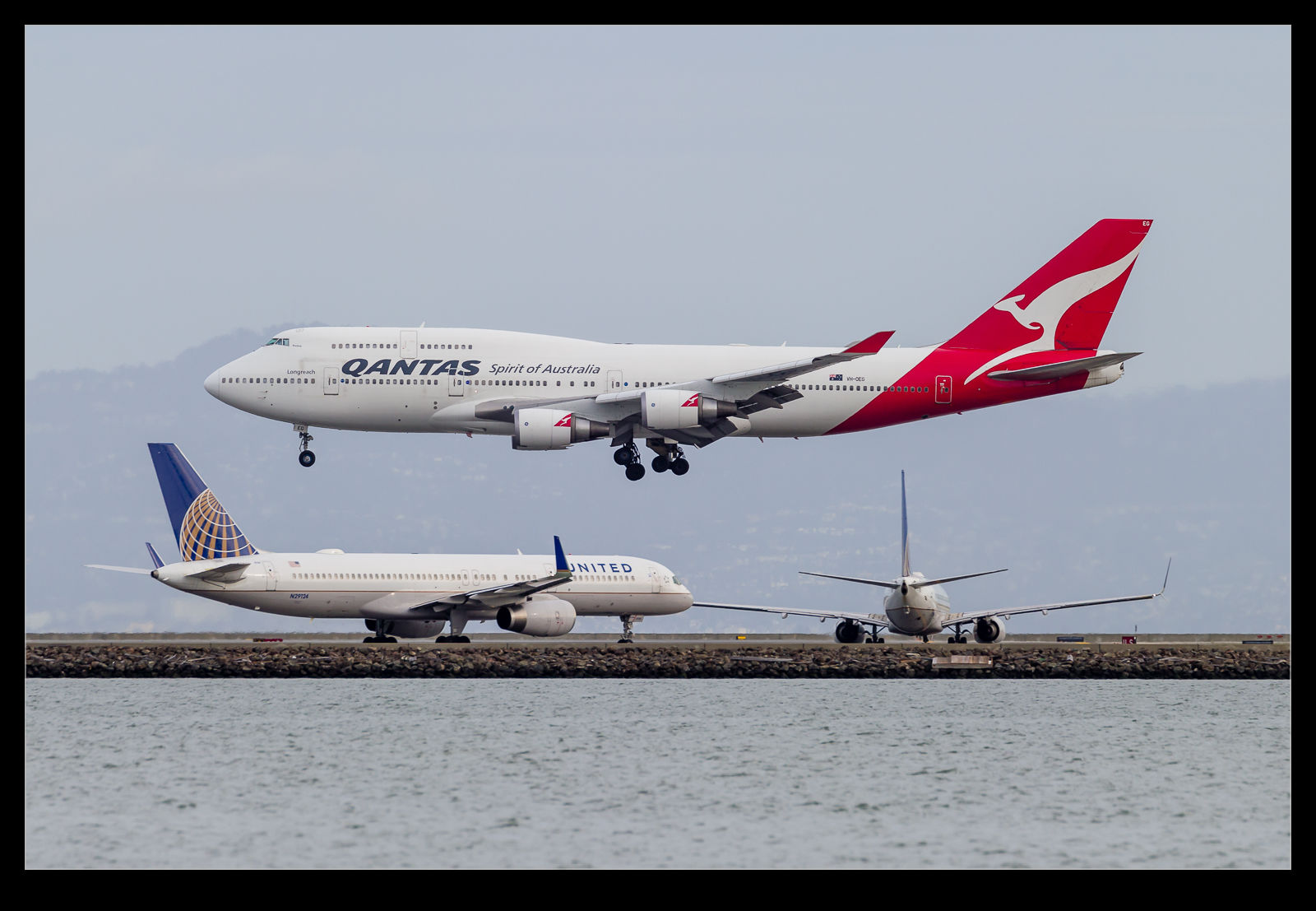 If you shoot a few times at the same place, you get familiar with what to expect. Consequently, the arrival of a new operator is something of interest. In this case, it is the return of an operator. Qantas used to operate to SFO but pulled out a number of years ago. Now they have returned with a 747-400 coming in several times a week. I got my first view of one of the jets when I was at the airport to pick some people up. The scheduling of their flights means that they land in the morning but don’t leave again until late the following night. In the mean time, the plane is parked up near the parking structure for the international terminal and it was from there that I saw it. 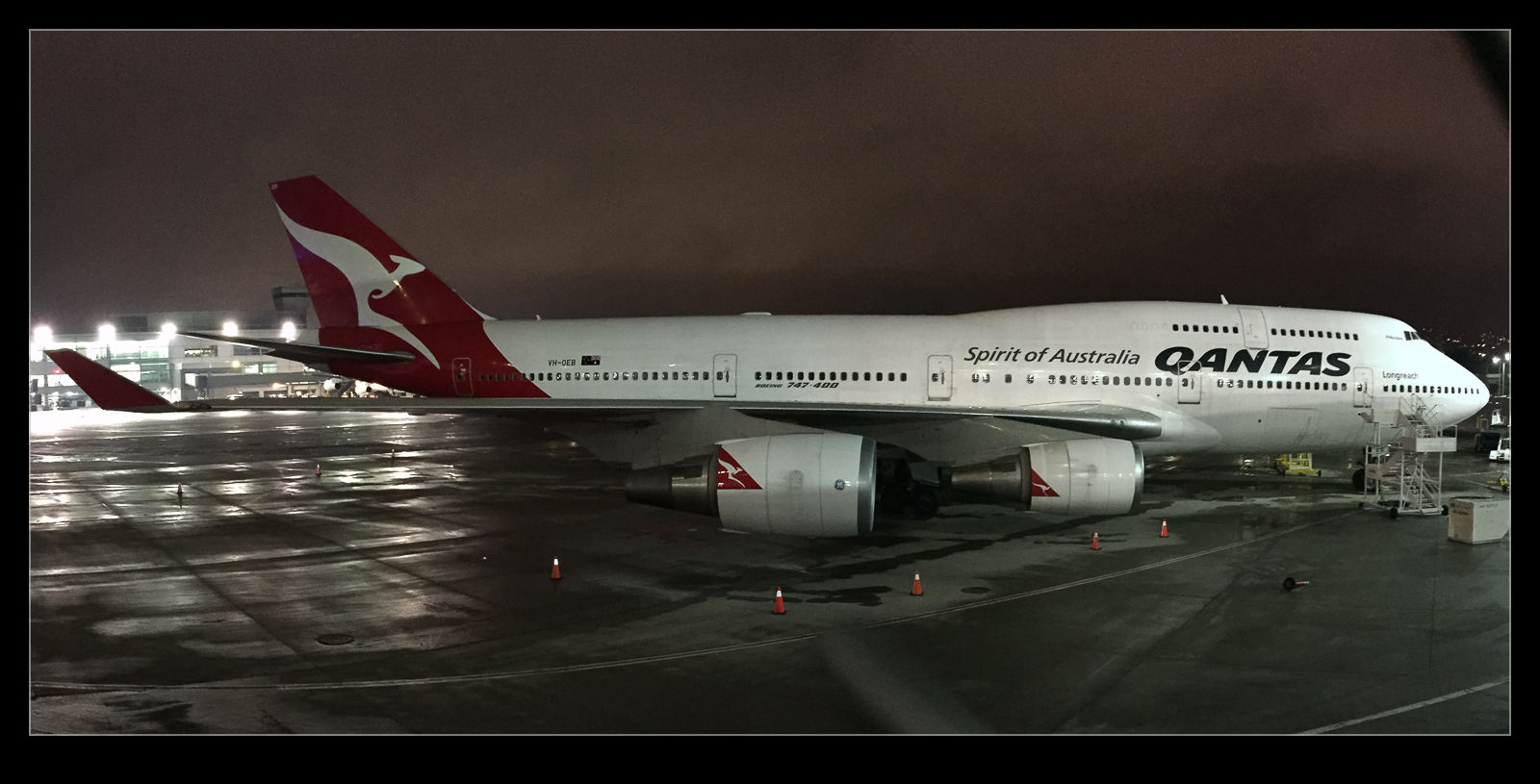 I thought I ought to get an airborne shot so headed our one morning to see the arrival. The weather forecast was for a nice start followed by cloud moving in. The forecast was almost spot on but was a little optimistic about when the clouds would show up. They arrived a little early. Having had some really nice morning light on earlier movements, the conditions got a lot more overcast and dull by the time that the jet showed up. I guess this means I will have to try again at some point. 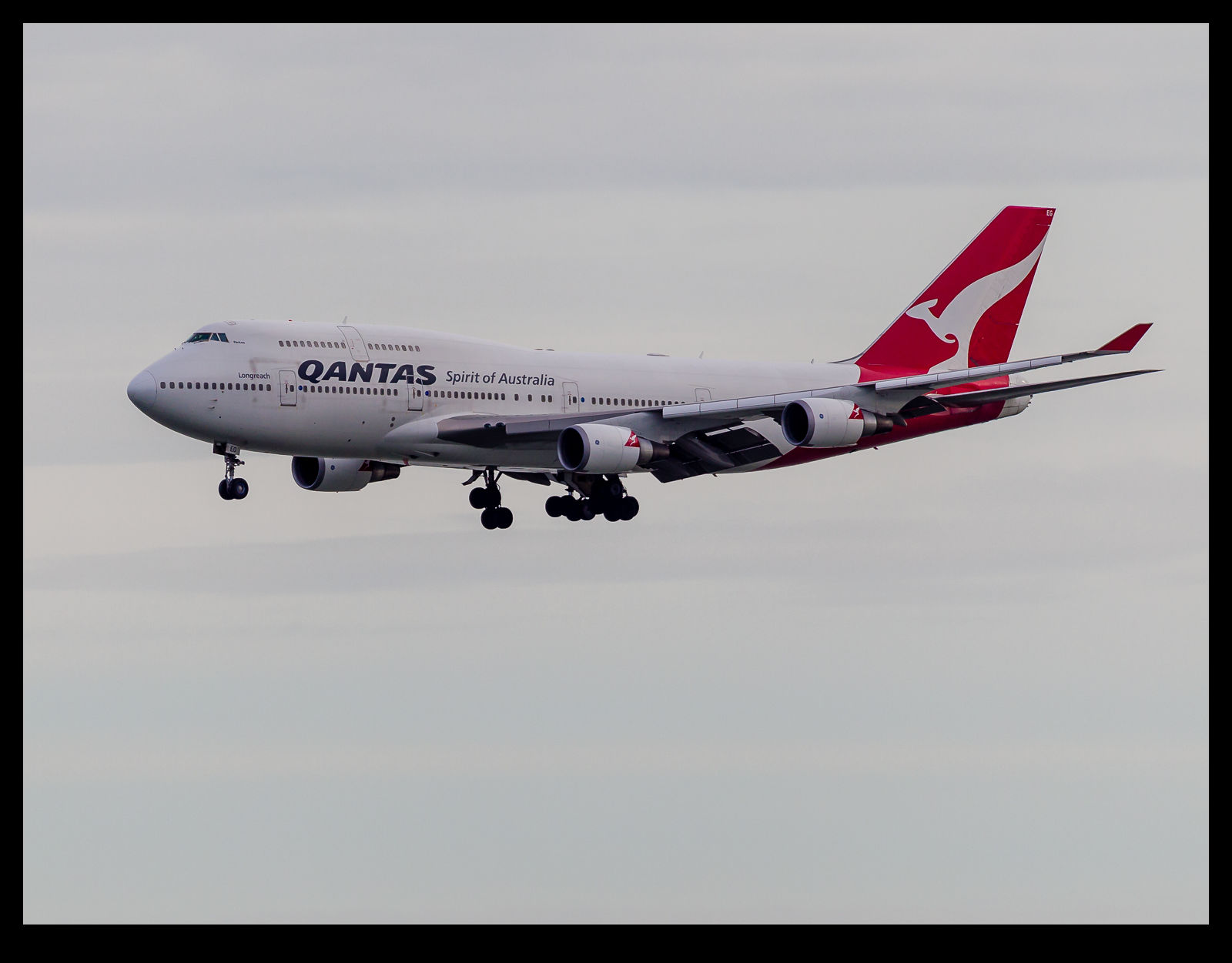