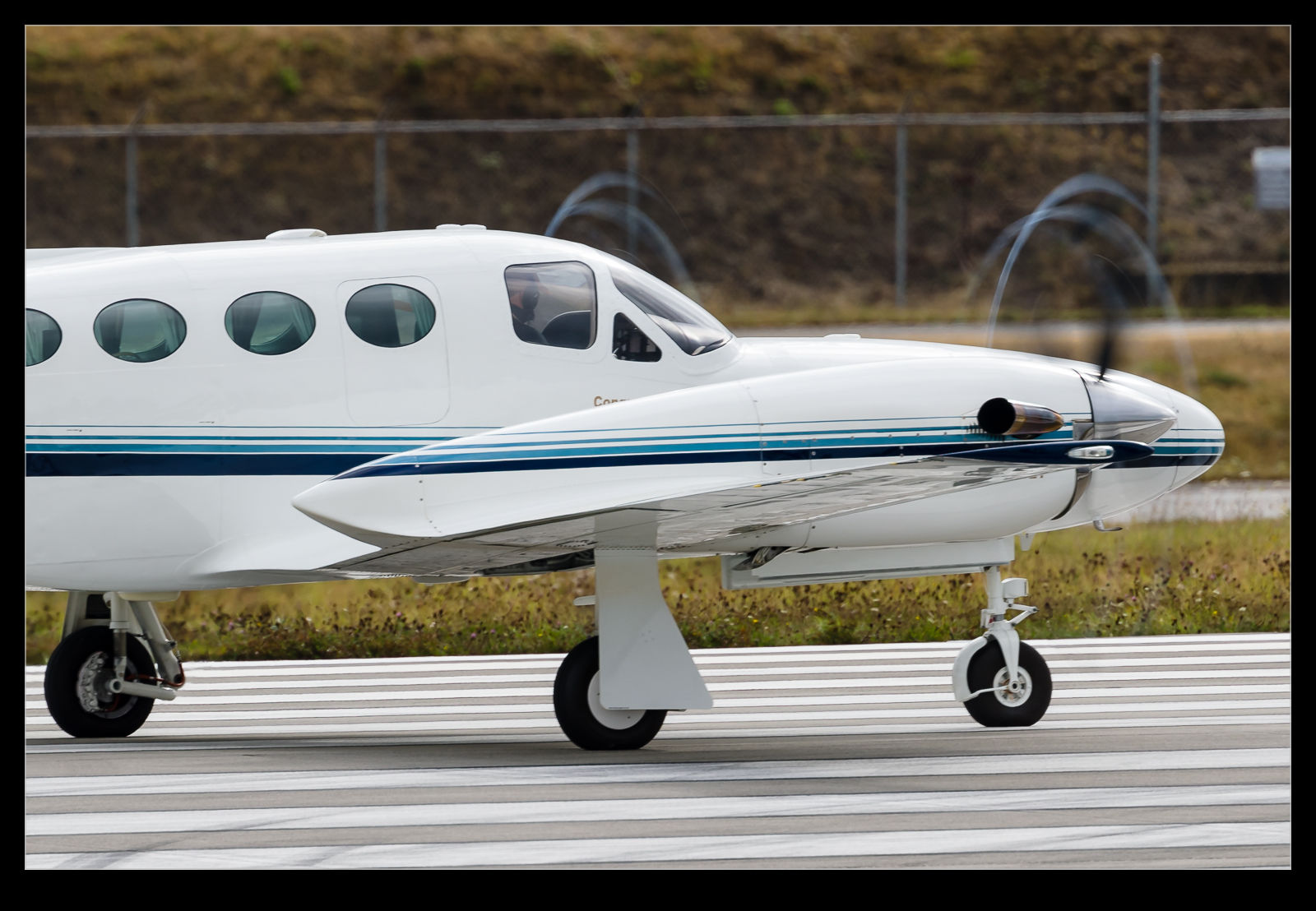 A small twin is not going to get a lot of attention from the local photographers at Paine Field on a busy day with lots of traffic.  However, it was still relatively early in the day and the air still had a fair bit of moisture in it.  I took a guess that this might result in some prop vortices so decided to shoot it anyway.  Sure enough, some swirls of moisture showed themselves.  Not a dramatic look to them but still what I was after and there wasn’t anything else to do anyway! 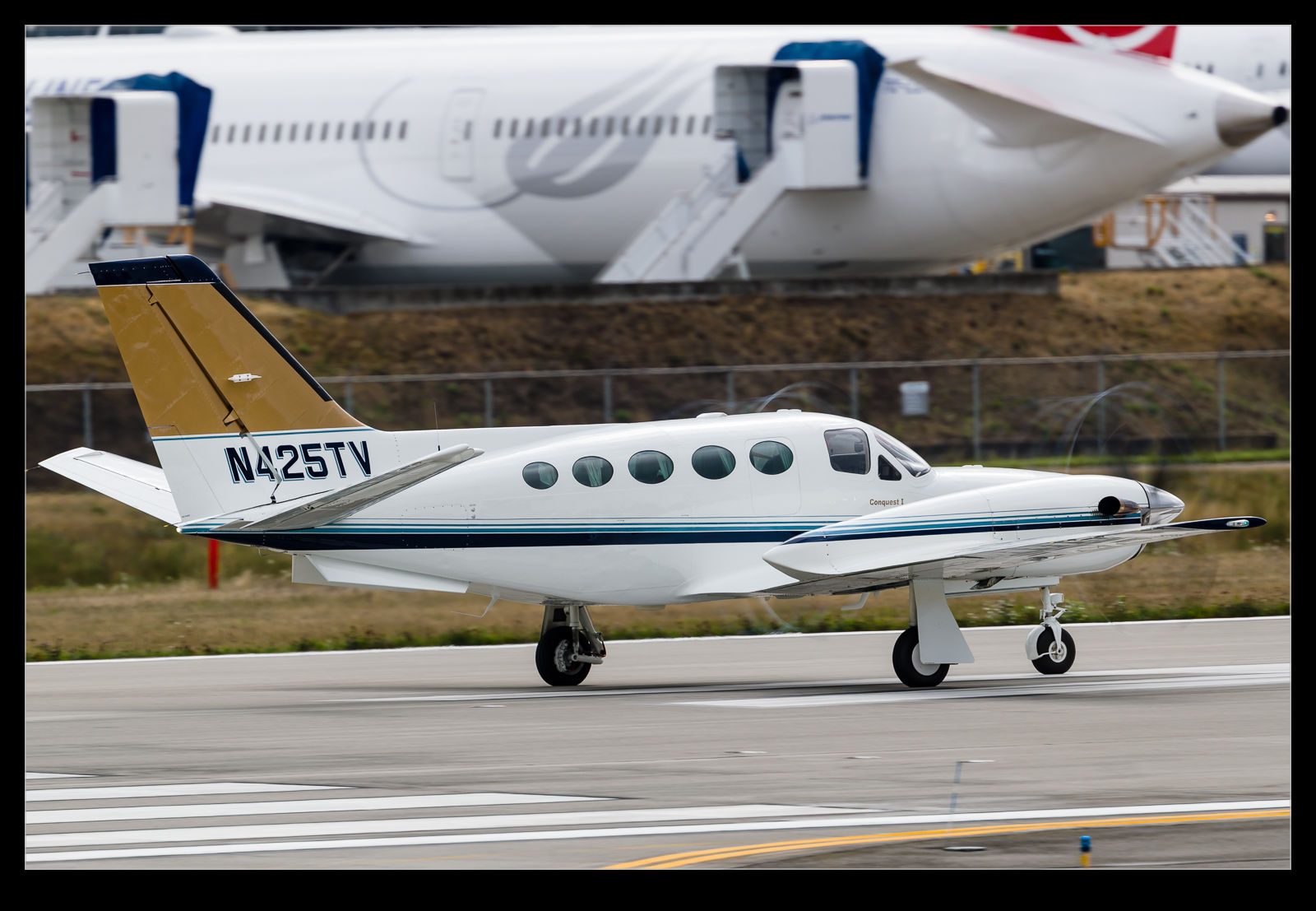