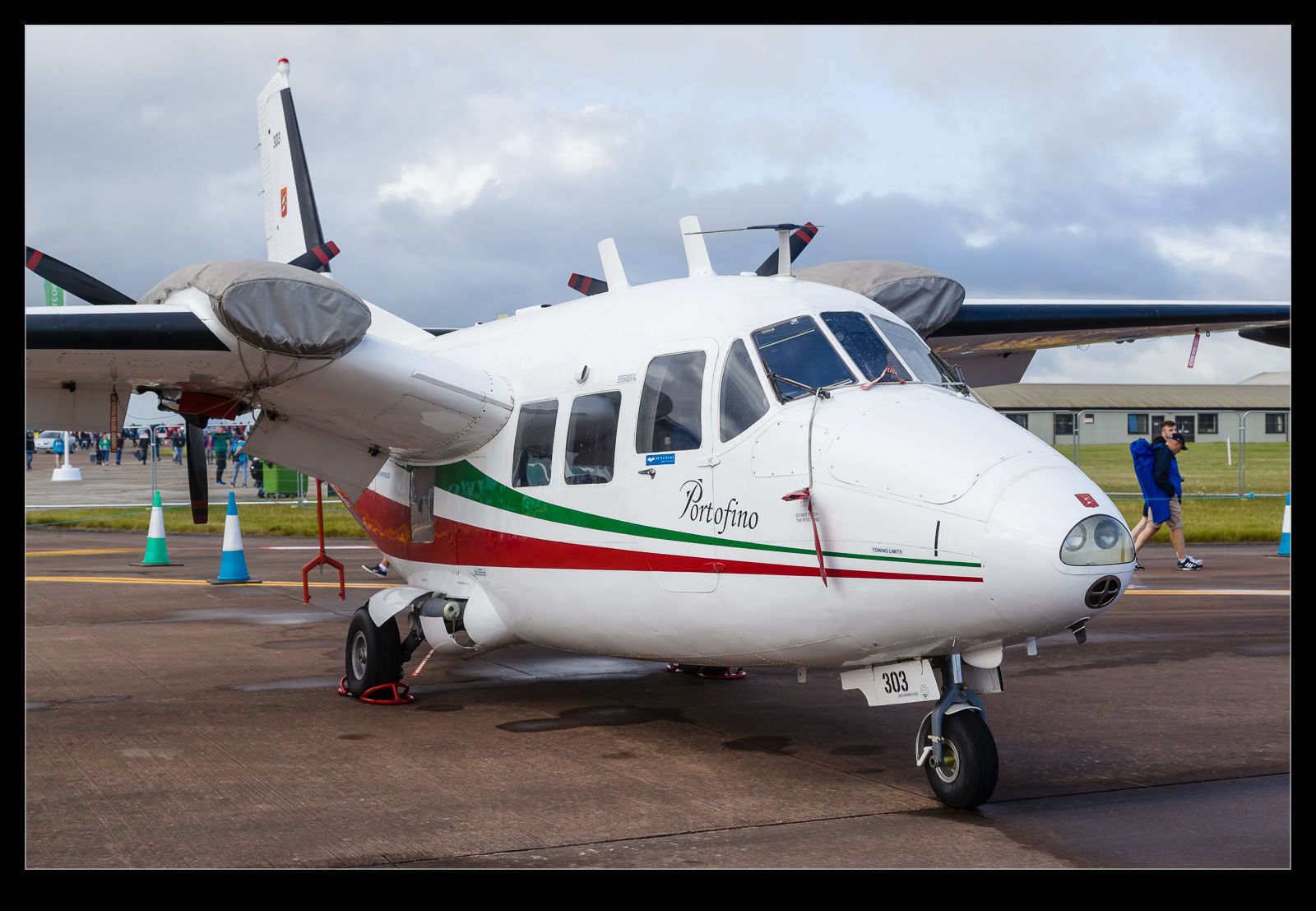 I am a big fan of a certain Piaggio aircraft this this post is not about the Avanti.  This is an older generation of Piaggio aircraft and a piston powered one at that.  However, it still goes with the theme of interesting configurations and it is a pusher.  The P.166 is an interesting looking plane and this one appeared at RIAT.  Apparently, it is a regular for the show but a first for me. 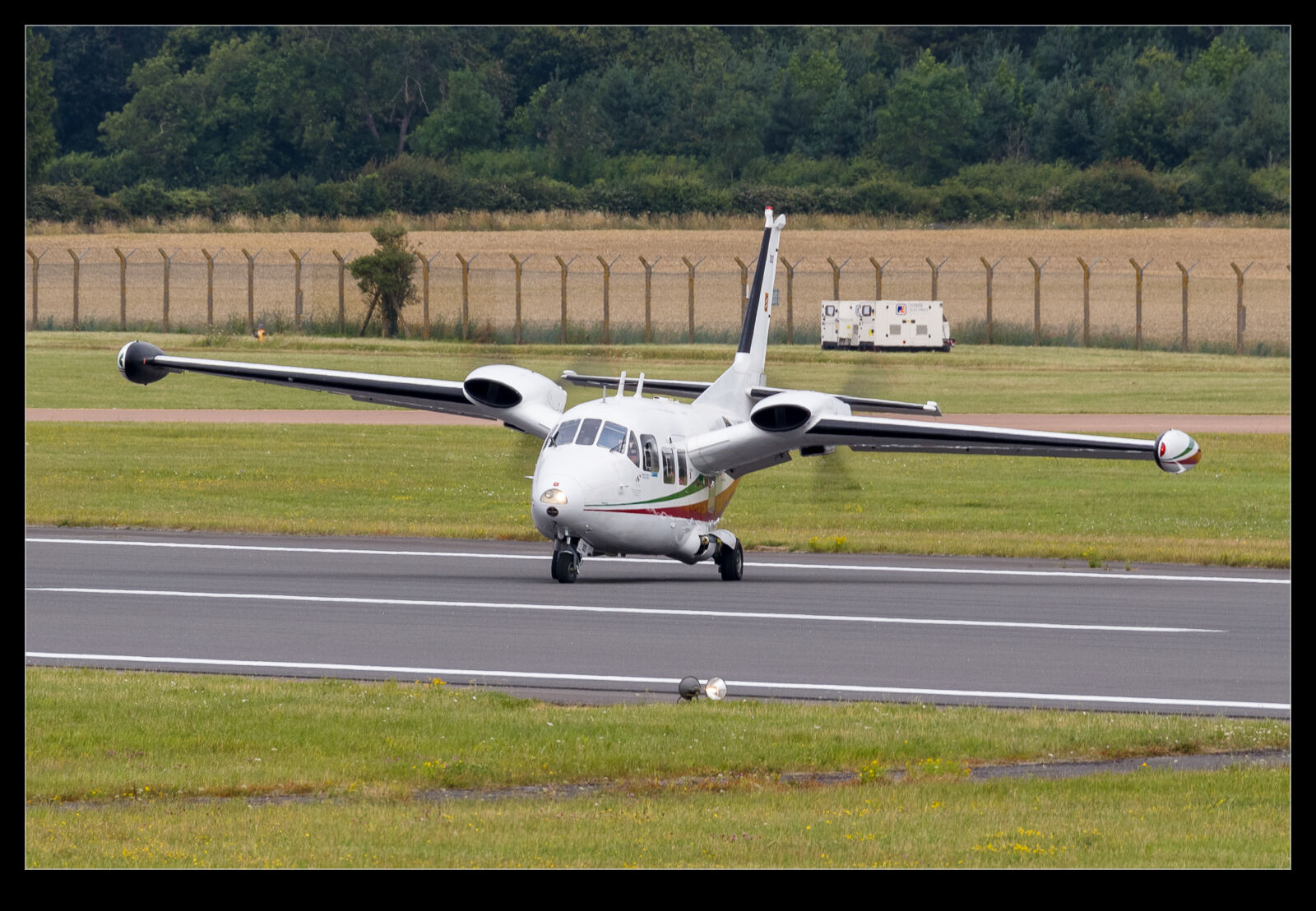 I didn’t see it arrive so my first look was in the static display.  It was parked up at the end of the field but this was the end where I was parking so I got to see it each time I arrived.  It was fenced off on the Friday but was easier to see after that.  I was hoping to get a good look at it on departures day but it only backtracked a short way and then took off away from the FRIAT stand.  That was a touch disappointing but there were a lot of planes to get out that day, so I guess there was no point making it use all of one of the UK’s longest runways! 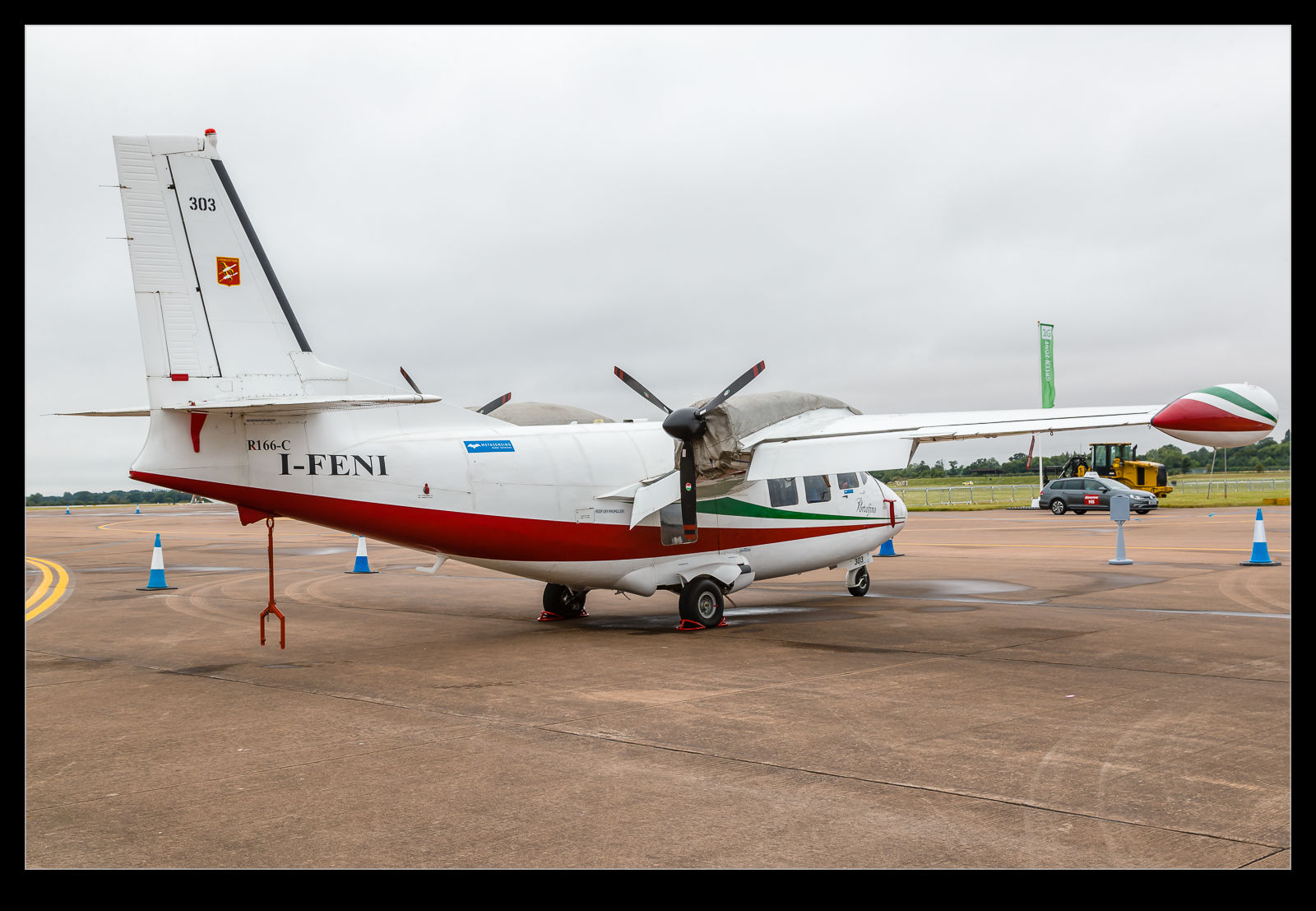