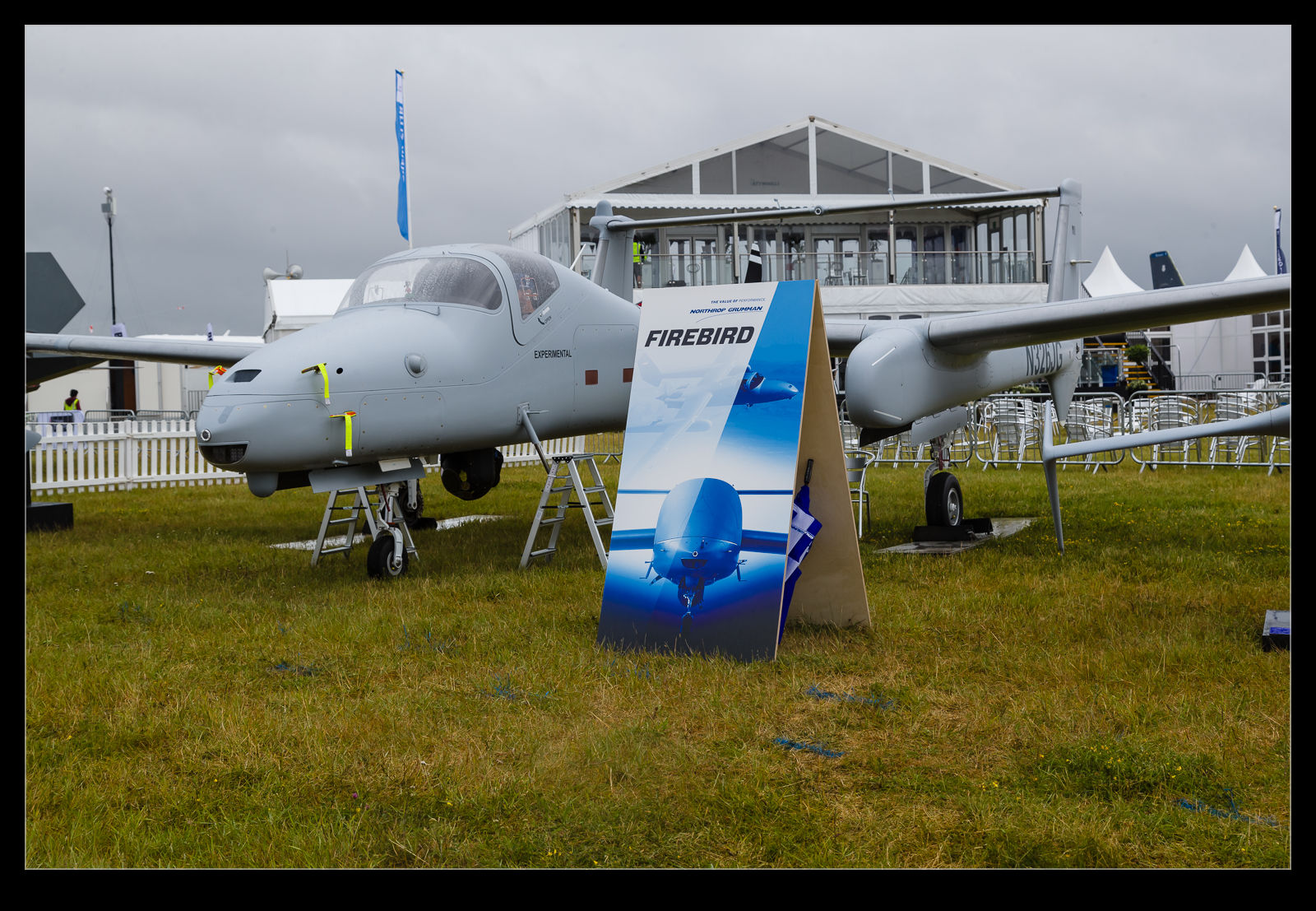 Northrop Grumman brought the Firebird to Fairford for RIAT.  RIAT is a big public show but it has developed a significant trade element to it and Firebird was clearly aimed at that audience.  It is a Scaled Composites design (with Northrop Grumman having bought Scaled a while back) and, while it has a cockpit, apparently it has the option to be flown unmanned.  I don’t know whether this is well tested or not.  Nor do I know the state of production examples.  I believe the one at RIAT was the prototype. 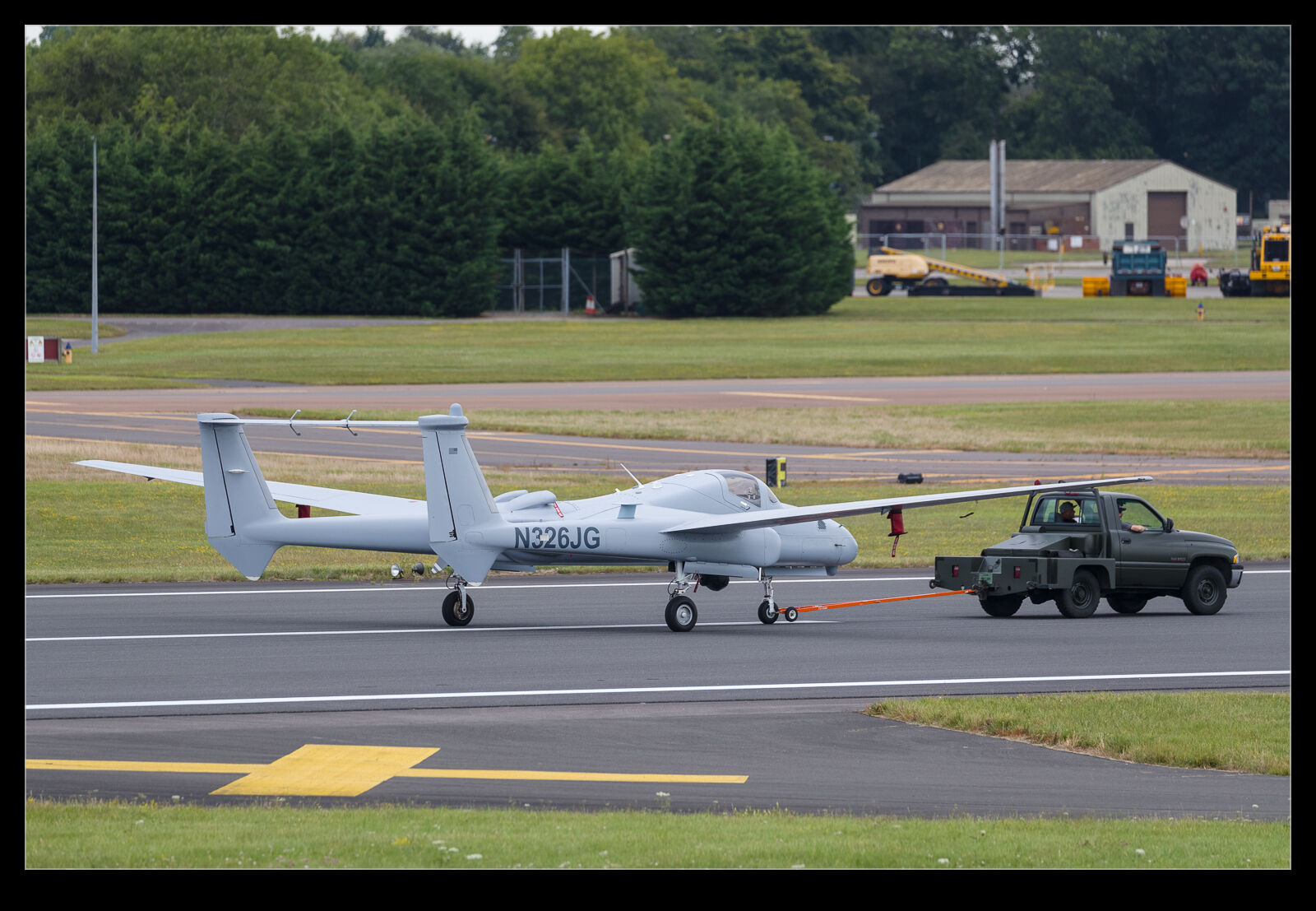 It was parked in the static park for a portion of the time I was there.  I did see it getting towed across to the north side at one point, presumably so it could be parked in a hangar rather than left out.  Supposedly, there is a US Government order for some of these and I imagine they will be fitted with some interesting systems.  Whether I shall ever see one is a different story. 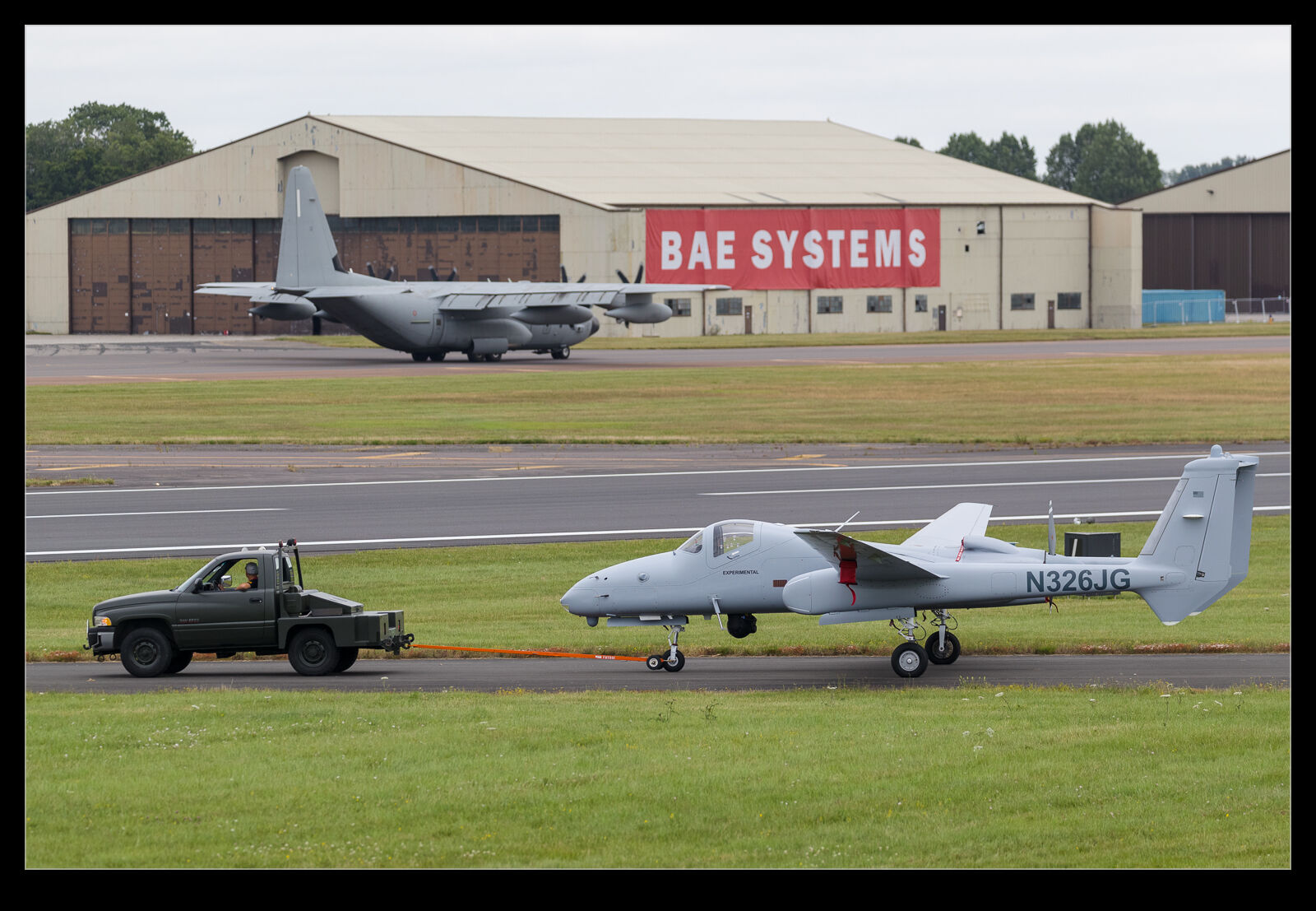 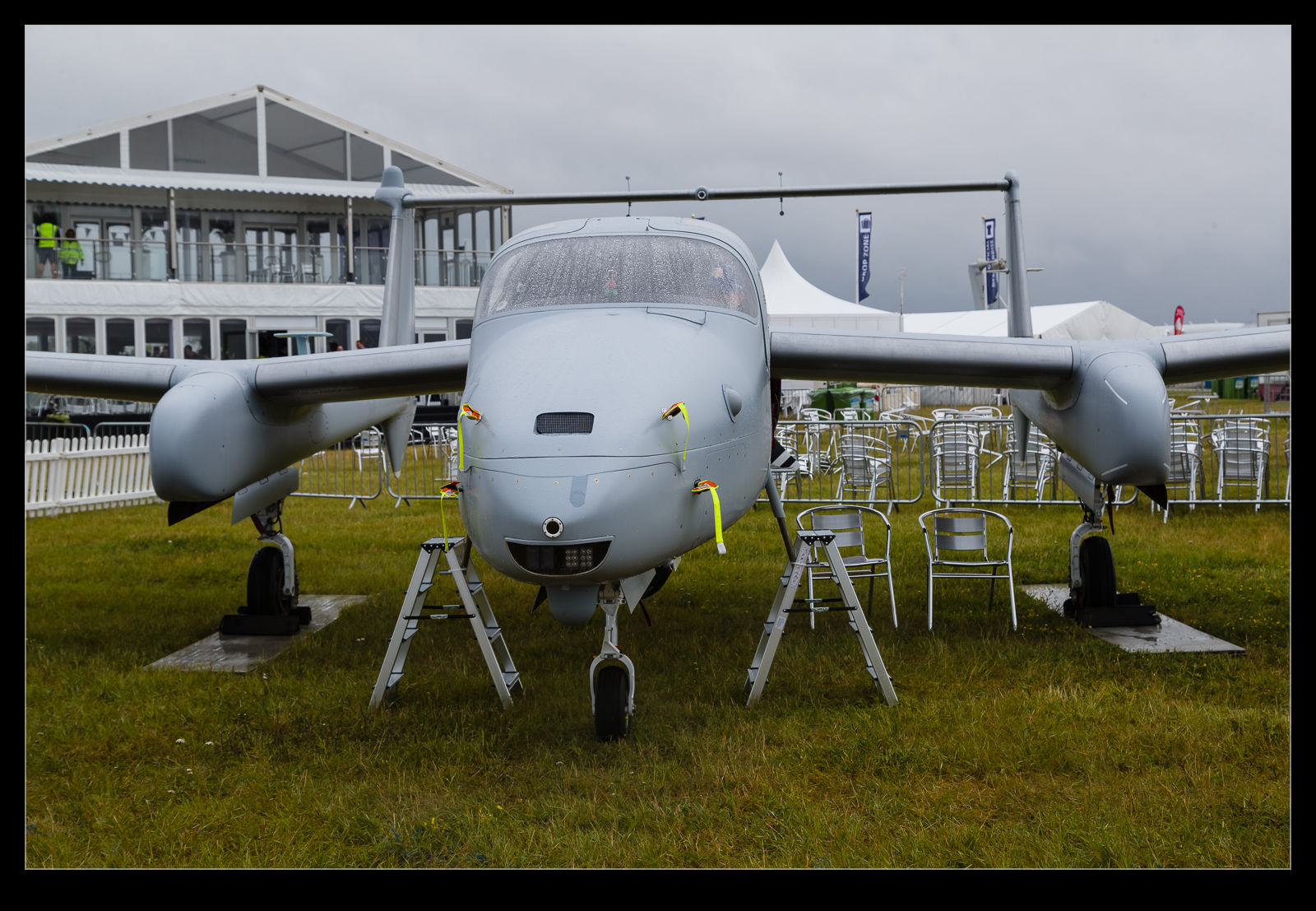