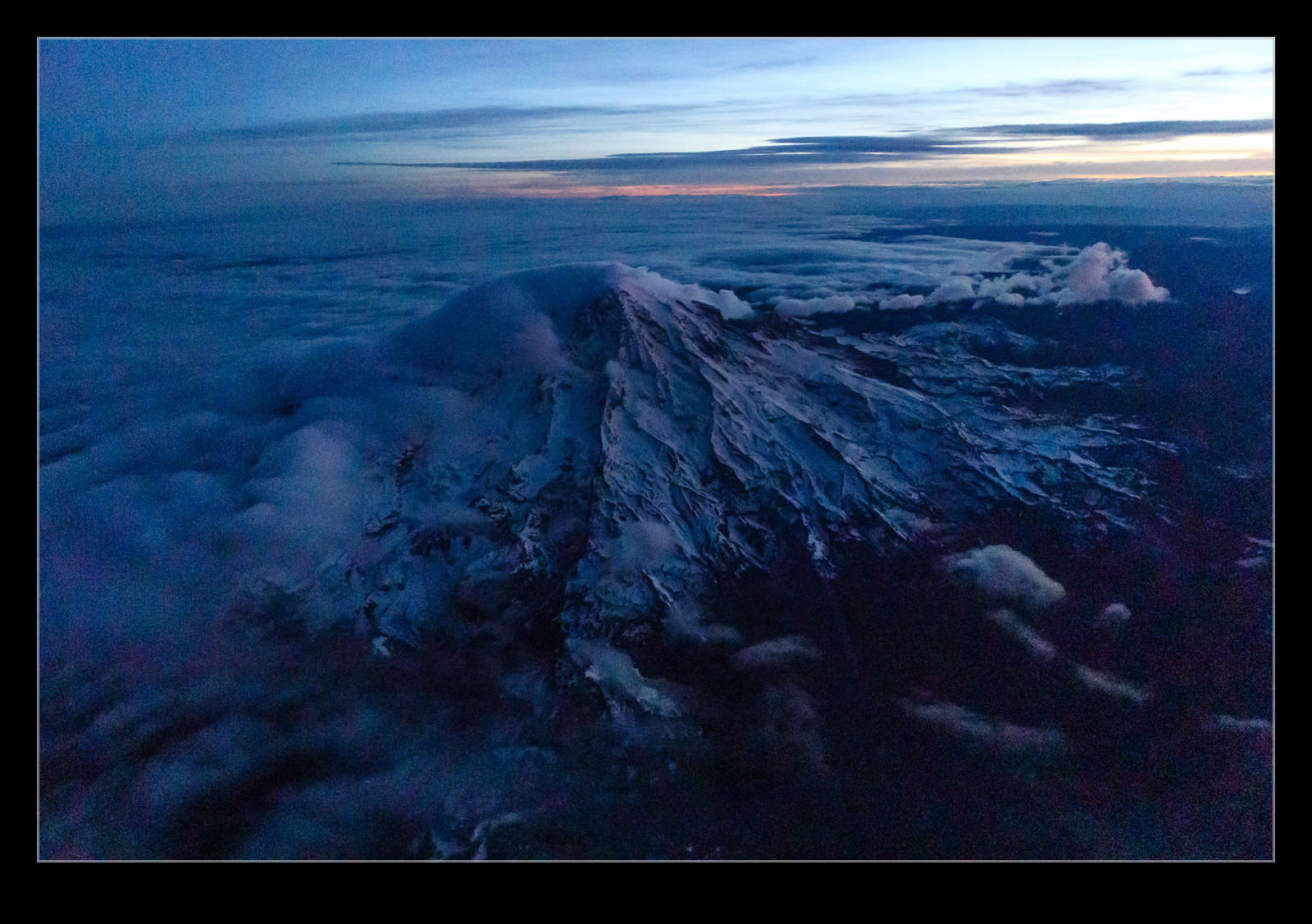 I was heading east for a work trip that needed an early start.  We got airborne from SeaTac before the sun came up and turned to the east after departure.  We were heading towards what I thought should be Mt Rainier.  However, I couldn’t see the mountain.  I could see a cloud that was above the majority of the cloud bank which I assumed was the mountain but I couldn’t be sure. 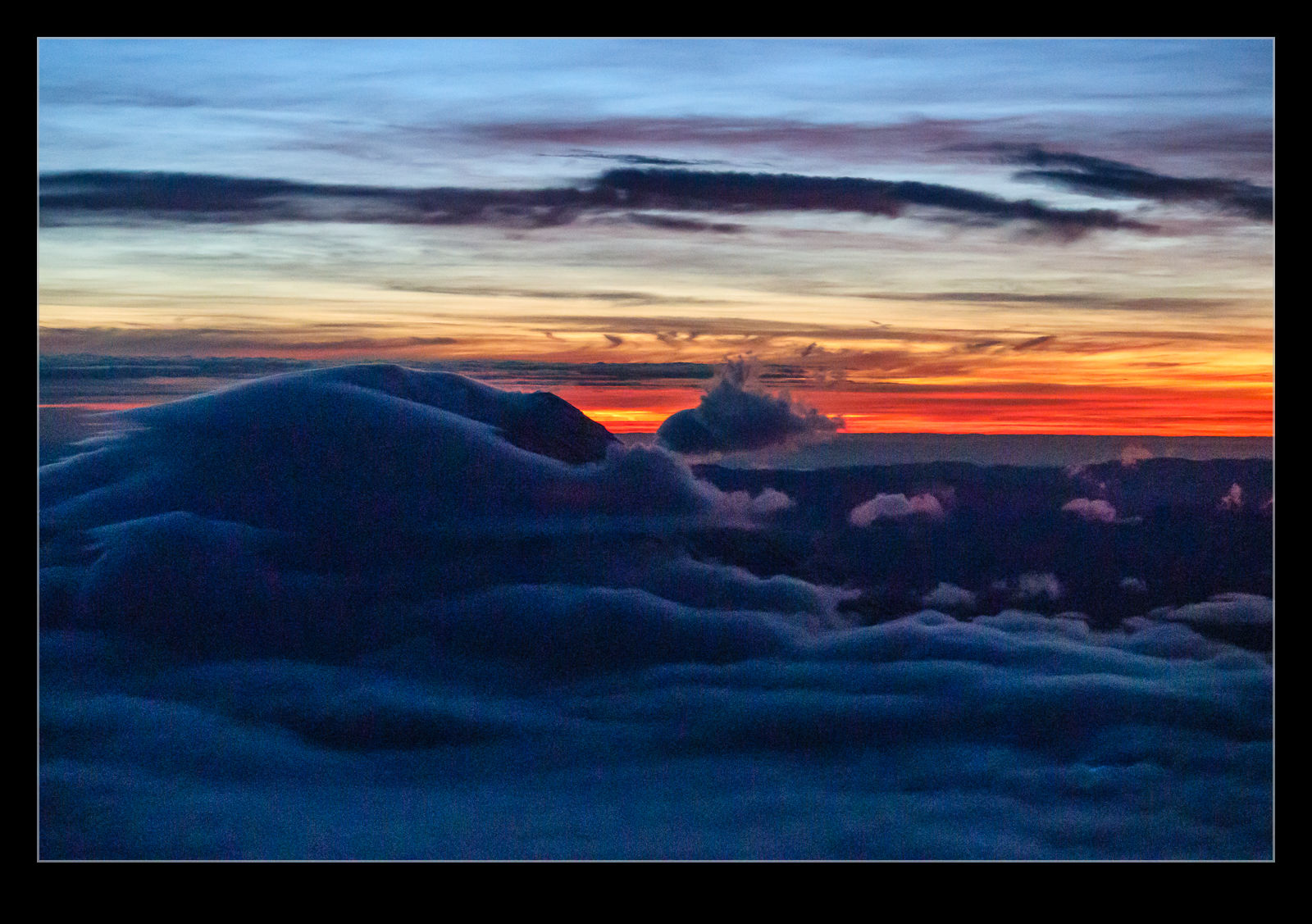 As we came around the south side I was able to see that the cloud was indeed once that was forming over the windward side of Mt Rainier.  The east side of the mountain was uncovered and, even though the sun had not yet come up, the early light was enough to give a view of the mountain.  I was using the M6 which is not so great in low light but, even so, I was able to get some shots of the mountain as the plane headed on its way.