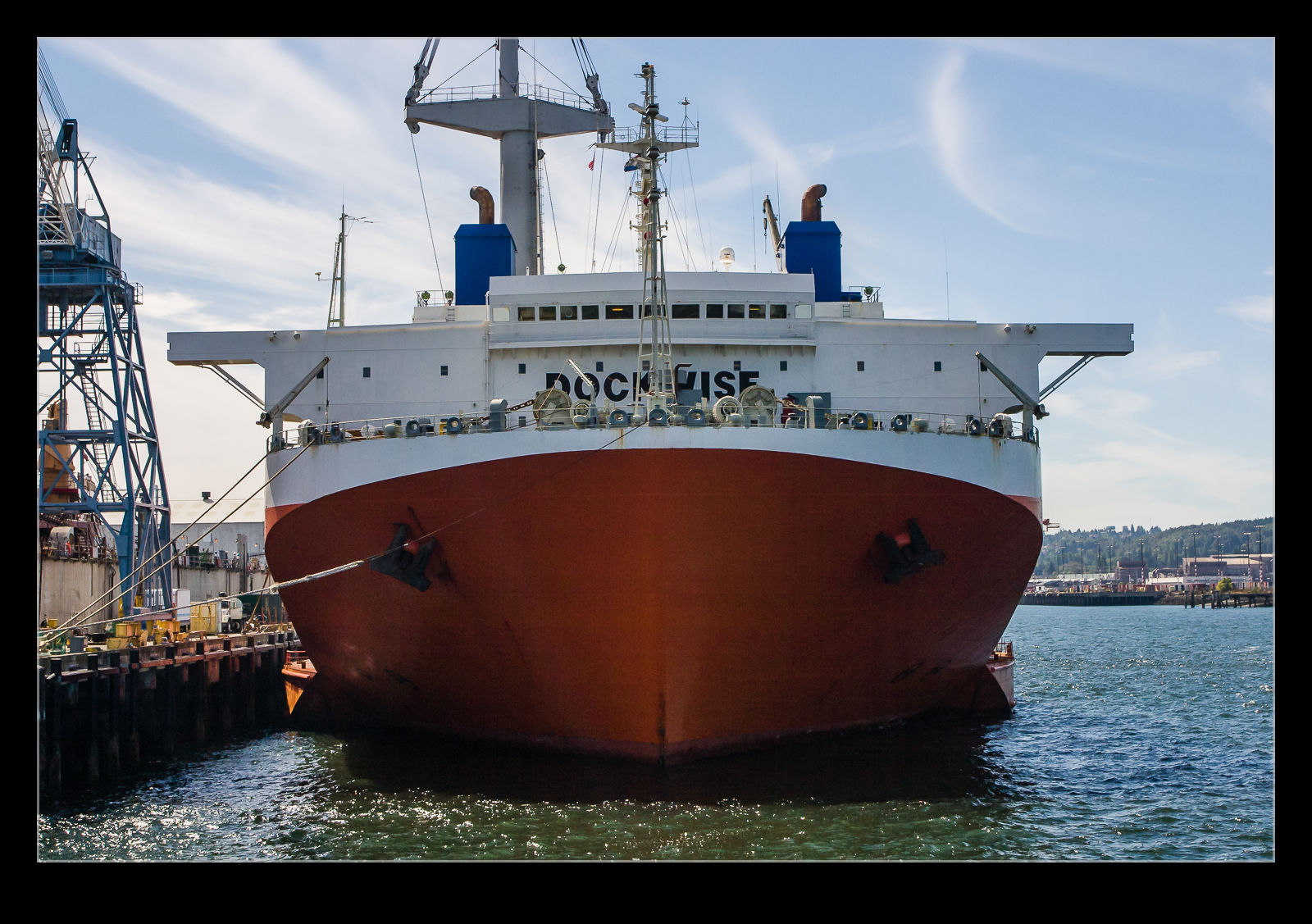 In a visit we made to Seattle in the mid 2000s, we took a boat tour around Elliott Bay.  One of the more impressive ships in the harbor was one that is designed to lift heavy loads and carry them long distances.  It will sink to allow the load to be floated on to the hull and then it will lift back up and leave the load on the deck.  You can see the markings for sinking the hull on the superstructure. 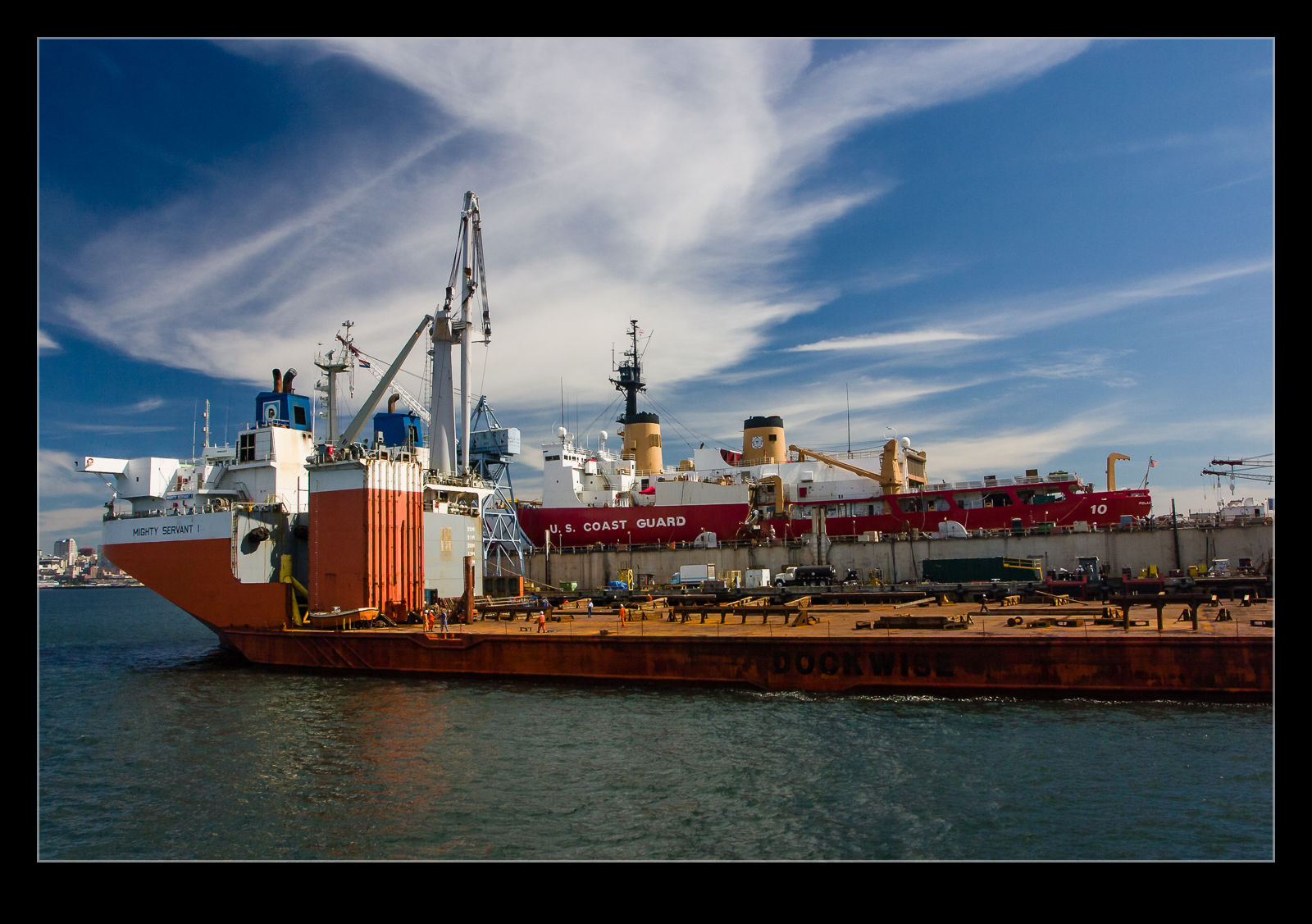 The most impressive view of the ship was from the front as we passed ahead of it.  The beam was something special to see.  It had a very muscular look to it.  These are the sort of ships that have been used to moved smaller ships when they have suffered damage.  The Royal Navy had a destroyer that hit a reef in the South Pacific once that was moved this way.  Quite an impressive capability. 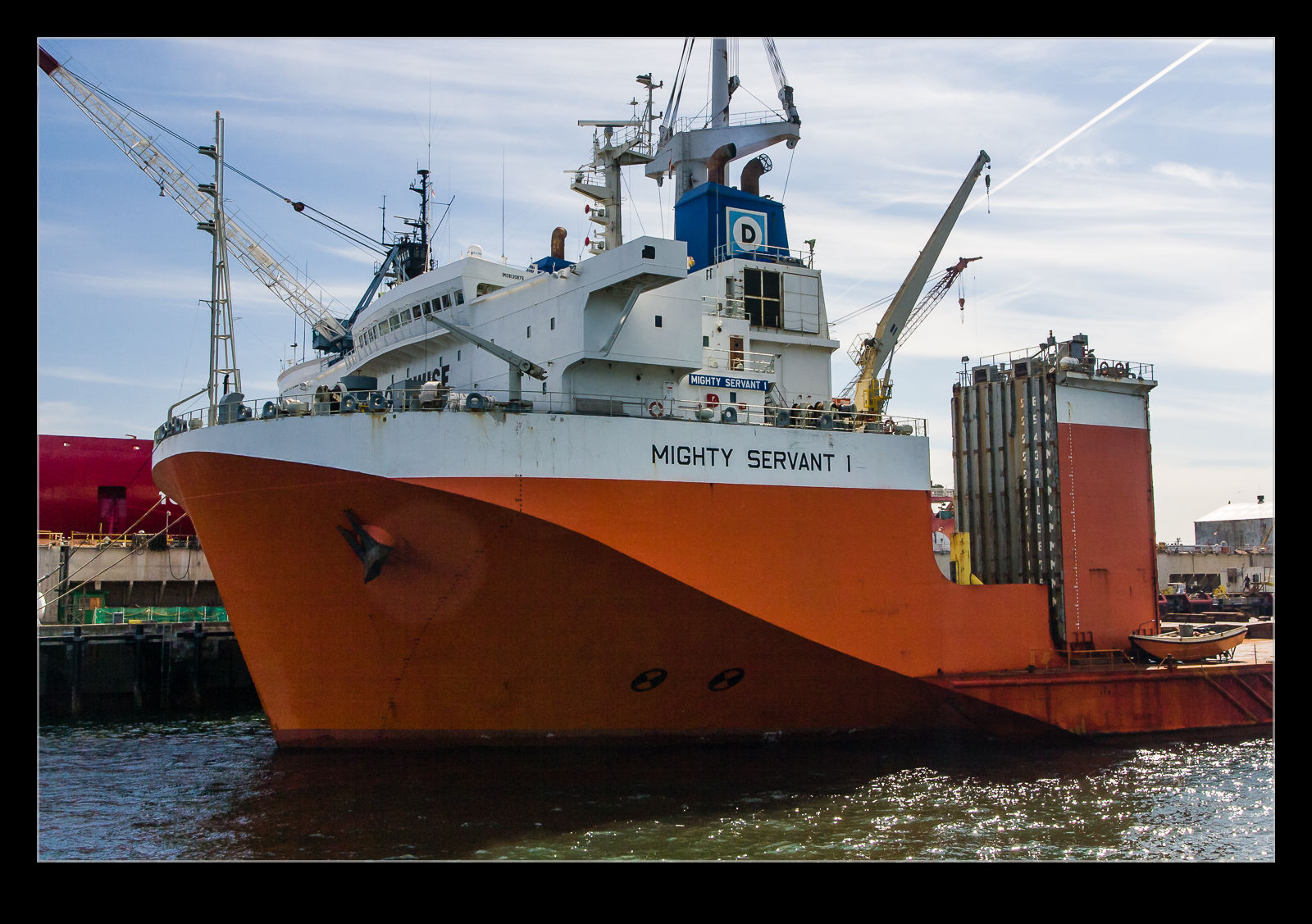