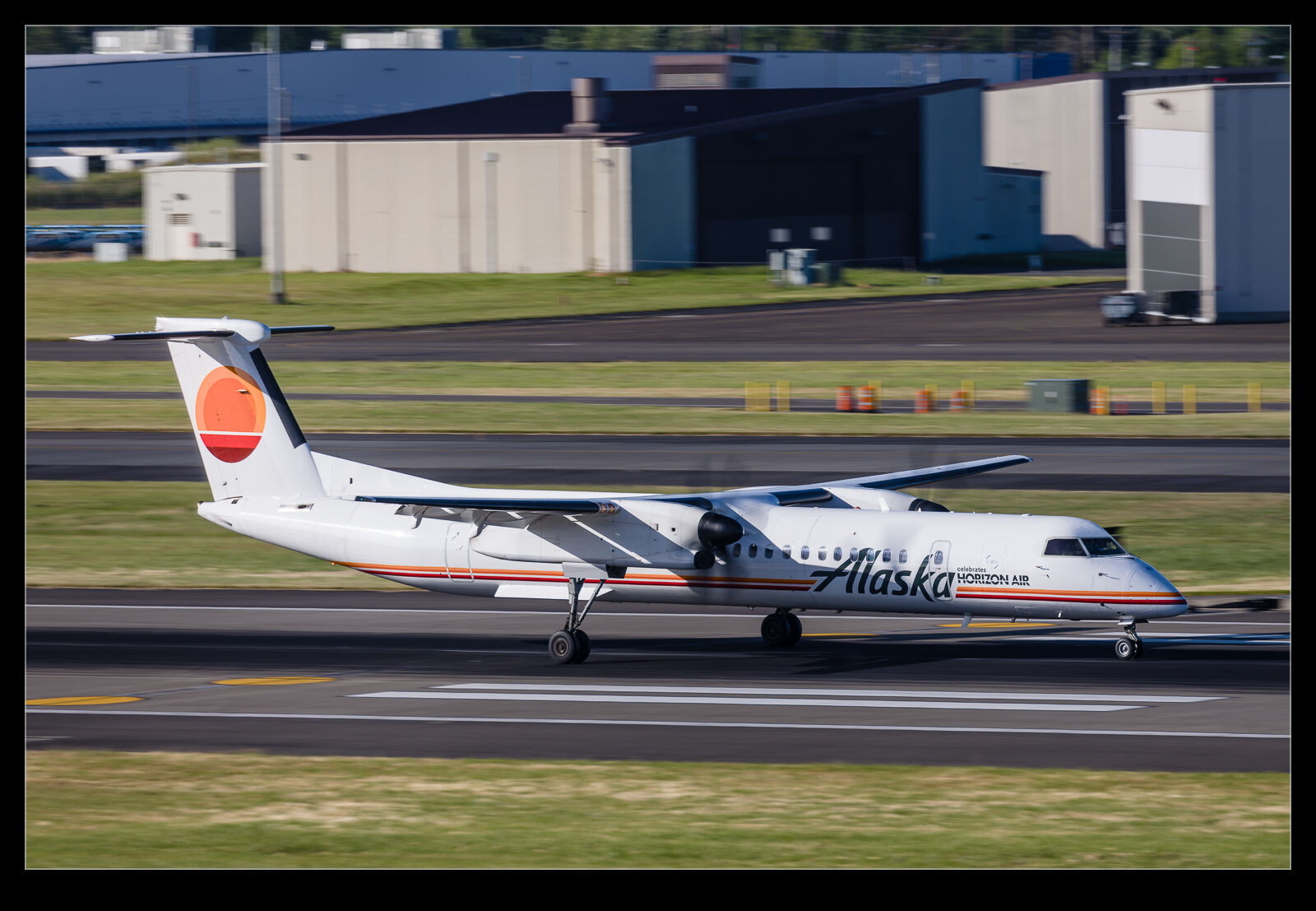 Alaska Air is going through a re-fleeting process in the near future.  They are consolidating types in service with some aircraft disappearing.  The Airbus fleet is on the way out which is no great surprise to anyone.  The Horizon fleet is also getting some changes with a focus on the Embraers and the Q400 turboprops also going away.  The Q400s have been ubiquitous in the Pacific Northwest for so long that I didn’t always pay them much attention.  Now I need to think about them a bit more. 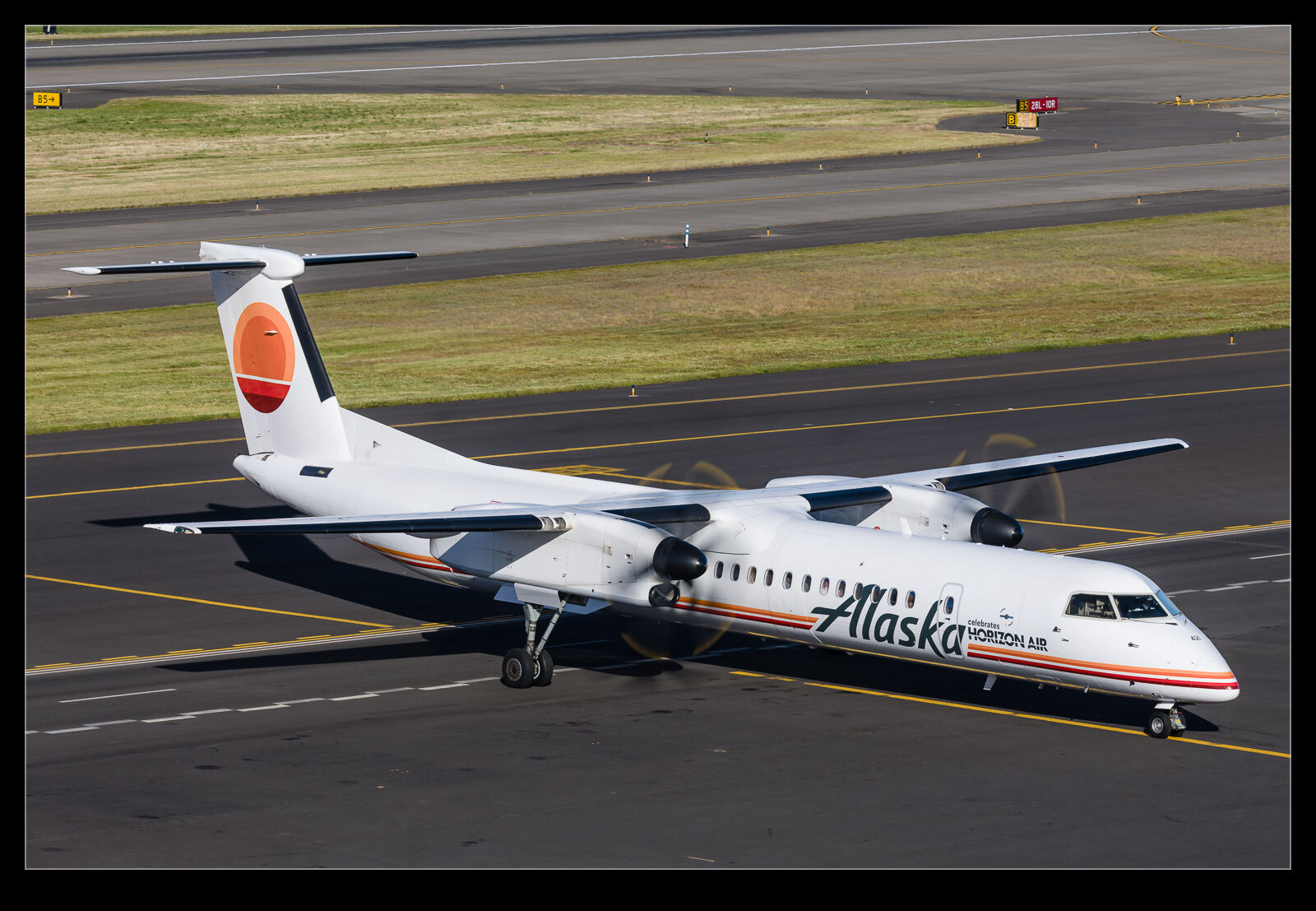 One of the fleet has been painted in a retro paint scheme for Horizon’s days gone by.  Despite it being a plane that should appear at Seattle multiple times a day, I had never seen it before.  Therefore, I was very pleasantly surprised to see it at Portland when we were down there.  Our photo location was directly above the ramp that the Horizon planes were operating from and the south runway, which was their runway of choice, was convenient too so I was able to get a bunch of shots of it in action.  How long before this plane and all of its sisters are gone from the area. 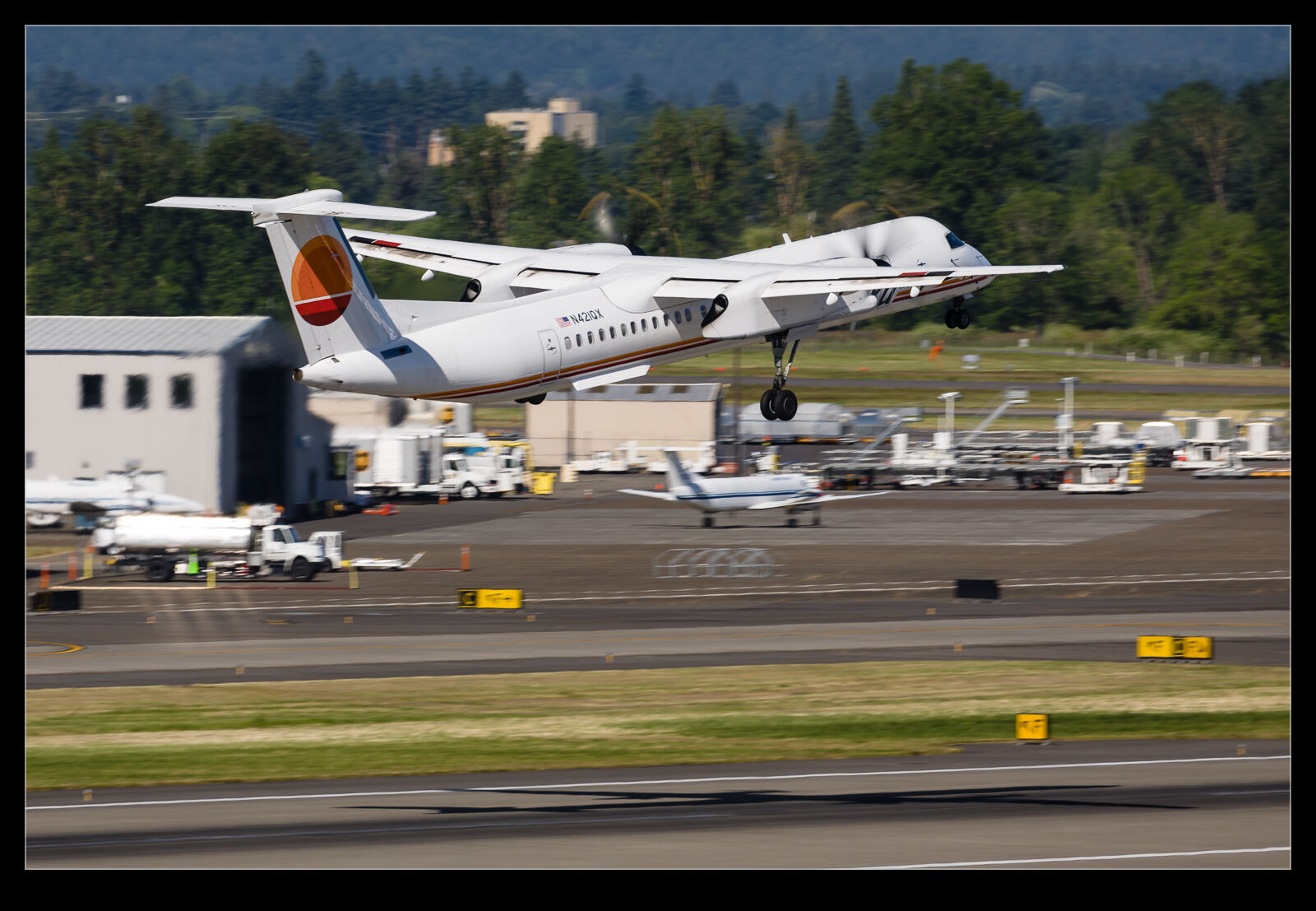 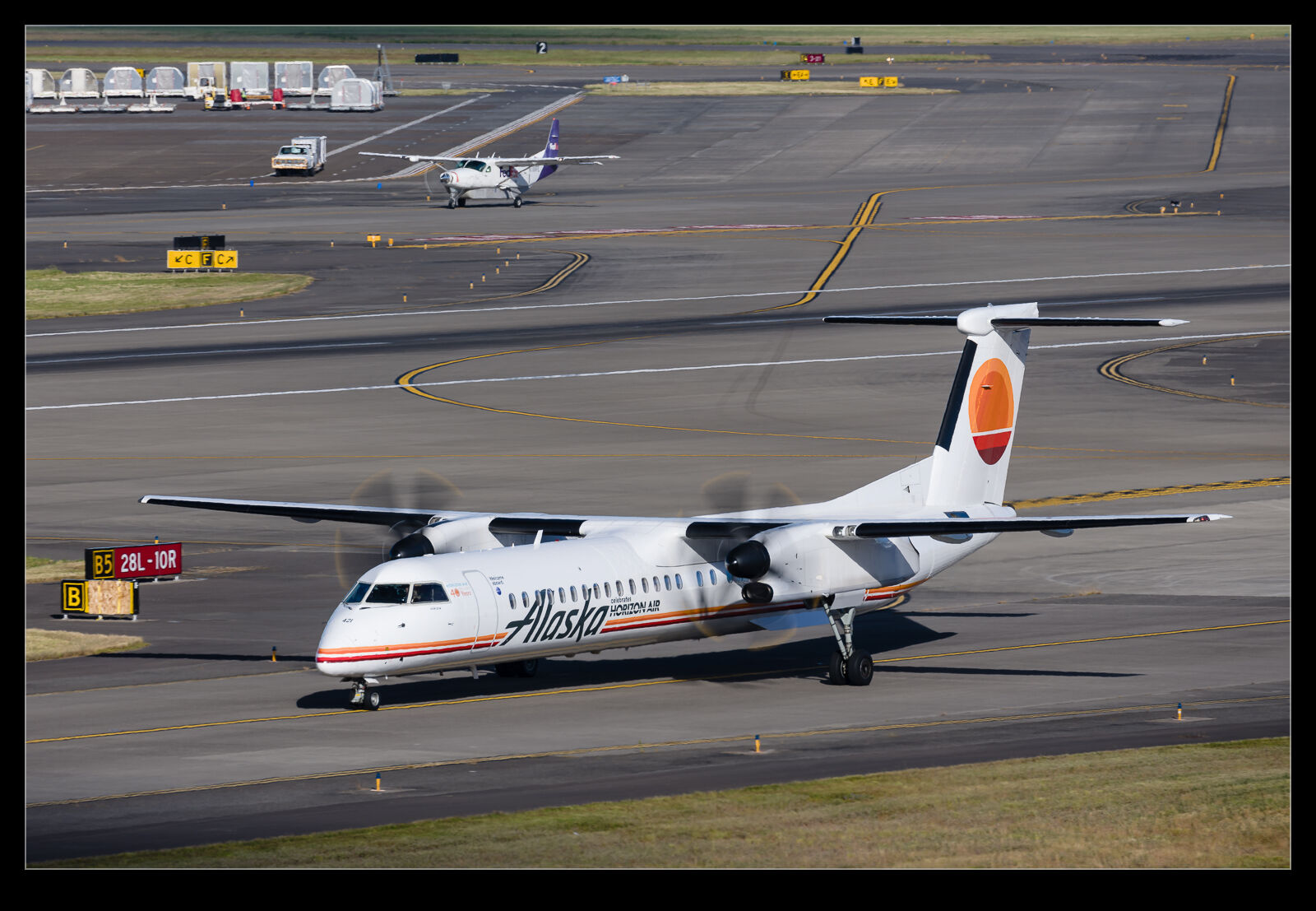