The Flying Heritage Collection has a museum facility at Paine Field that was the first thing to trigger in my mind when I was thinking about things to see up there.  The collection is owned by Paul Allen and they have got a great collection of vintage warbirds.  They also have some newer jets but they aren’t in the museum at the moment.  I have been tracking the collection on Facebook so wanted to drop in and see what they had. 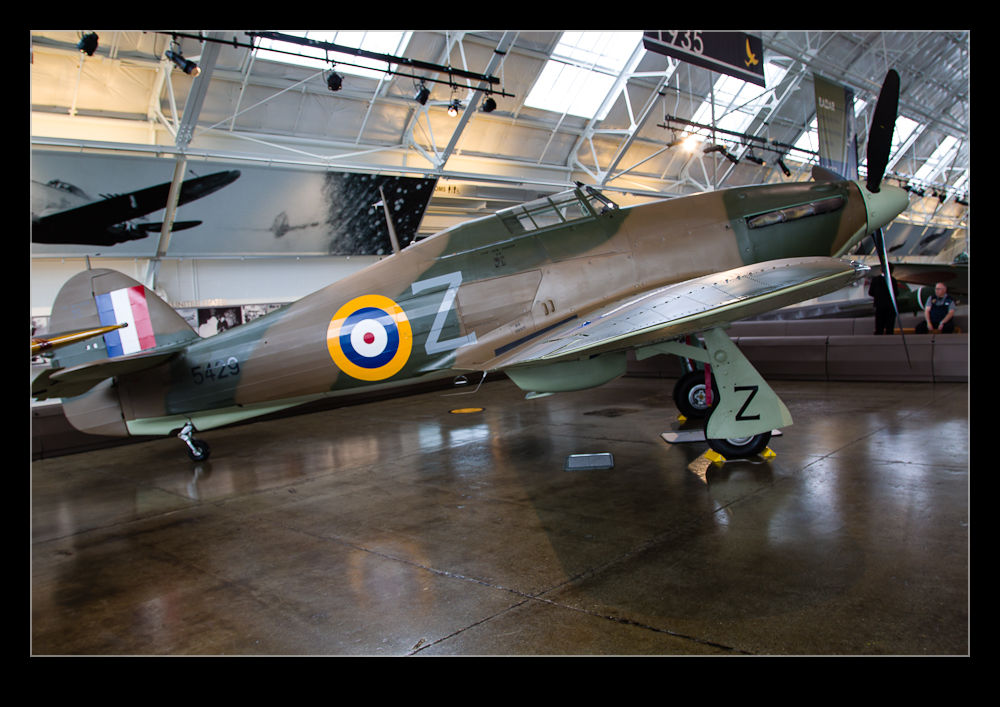 The museum was easy enough to find and if you can’t spot it, listen out for the noise of construction.  They are building a new facility next door and the crews were hard at work making quite a racket as a result.  The current building is an old hangar but it does the trick for the time-being.  Since nearly all of the aircraft are flown periodically, the hangar is a working hangar.  Work is done on the aircraft where they stand and the barriers are moveable so the planes can be taken outside when it is their turn to fly. 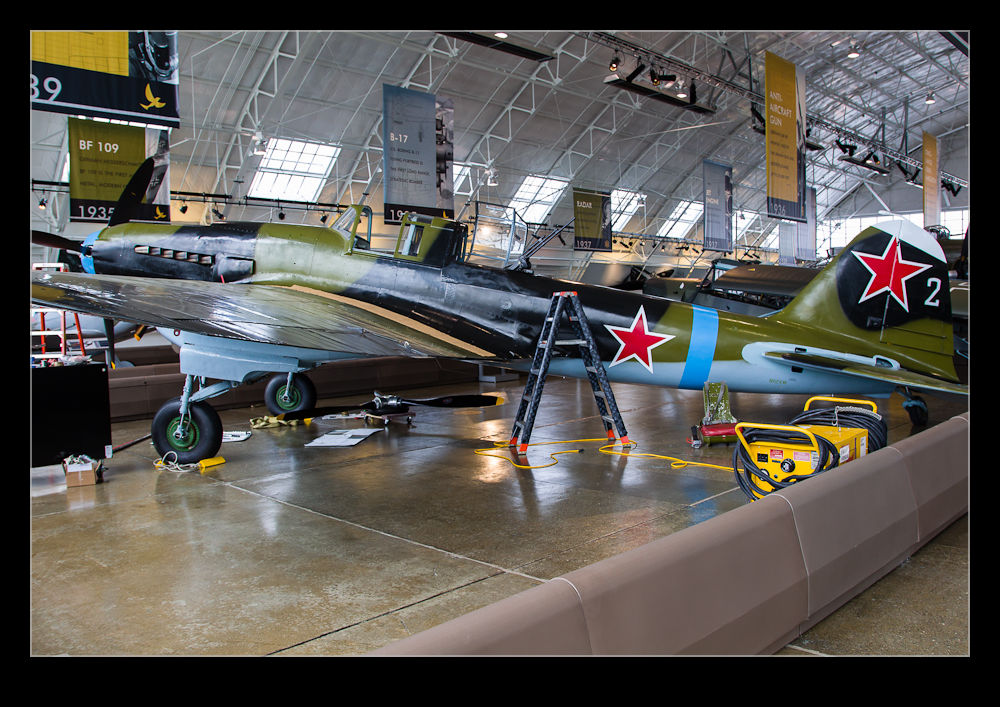 The place is not huge and you are close to the planes which is good from an interest point of view but makes photos a little more difficult.  If going back, I would take a wider angle lens.  However, it wasn’t too bad and the light was pretty reasonable too.  The Axis and Allied aircraft were very interesting but I was particularly keen to see their recent addition, the Ilyushin IL-2 Shturmovik.  It had not long been in the collection after delivery from restoration in Russia.  I was a touch disappointed when one of the docents told me that, with the flying of the German aircraft they had planned for the coming weekend, Steve Hinton was coming in and was going to take the chance to get the IL-2 up in the air.  Missing the flying at the weekend was one of those things but something even more rare in the air just after I left was rather unfortunate! 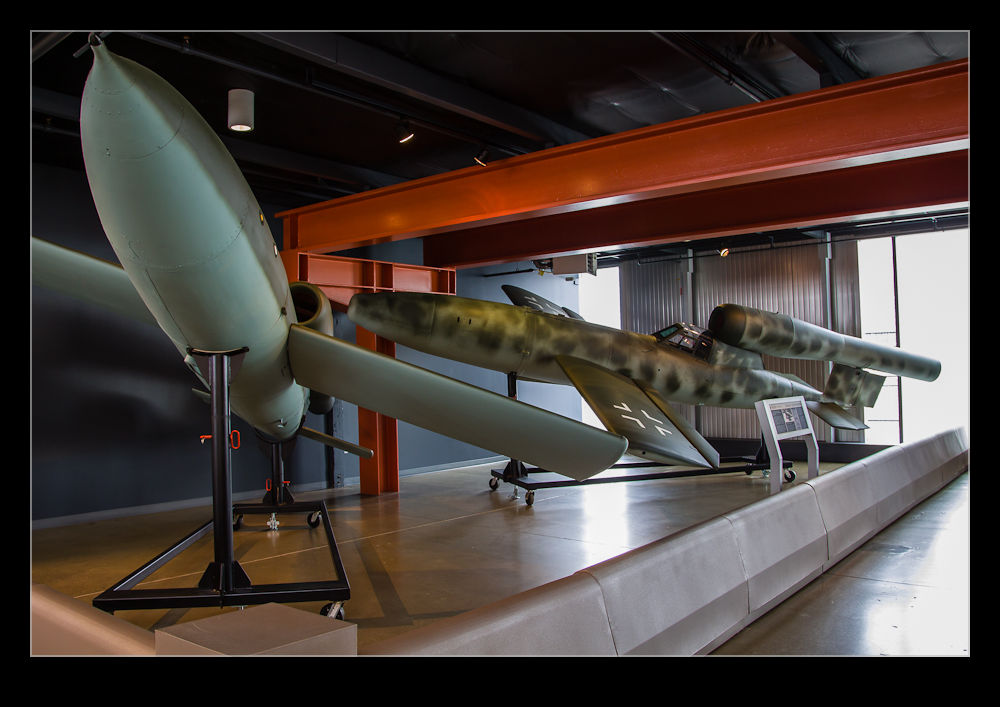 Putting that aside, it was good to take a look around the collection and I shall endeavor to get back there at some point soon – hopefully next time to see some of the collection up in the air! 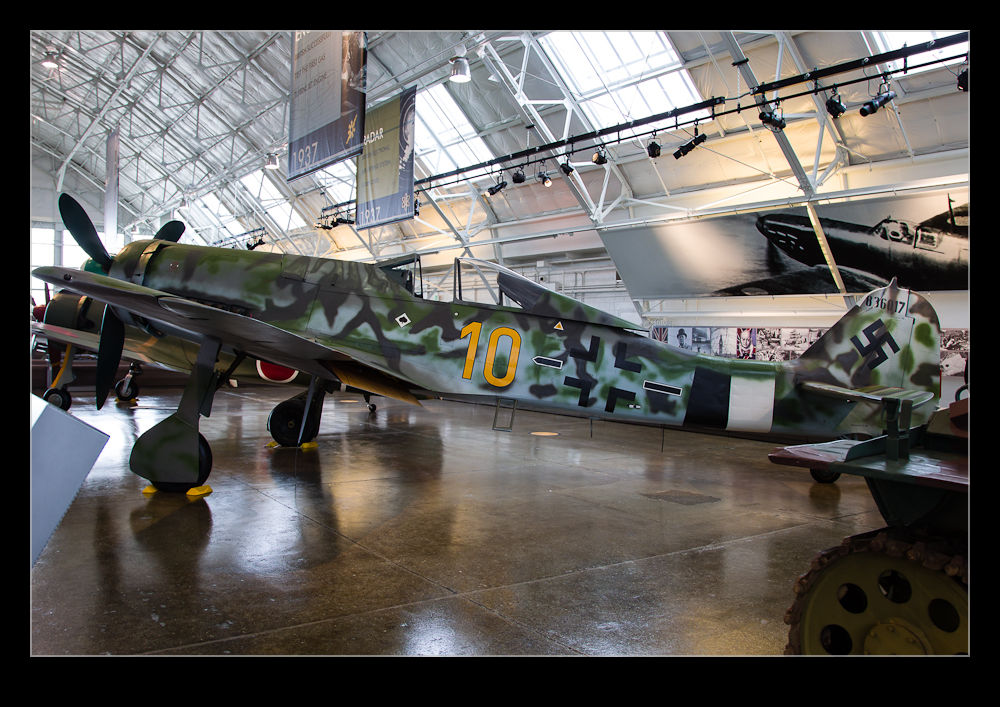