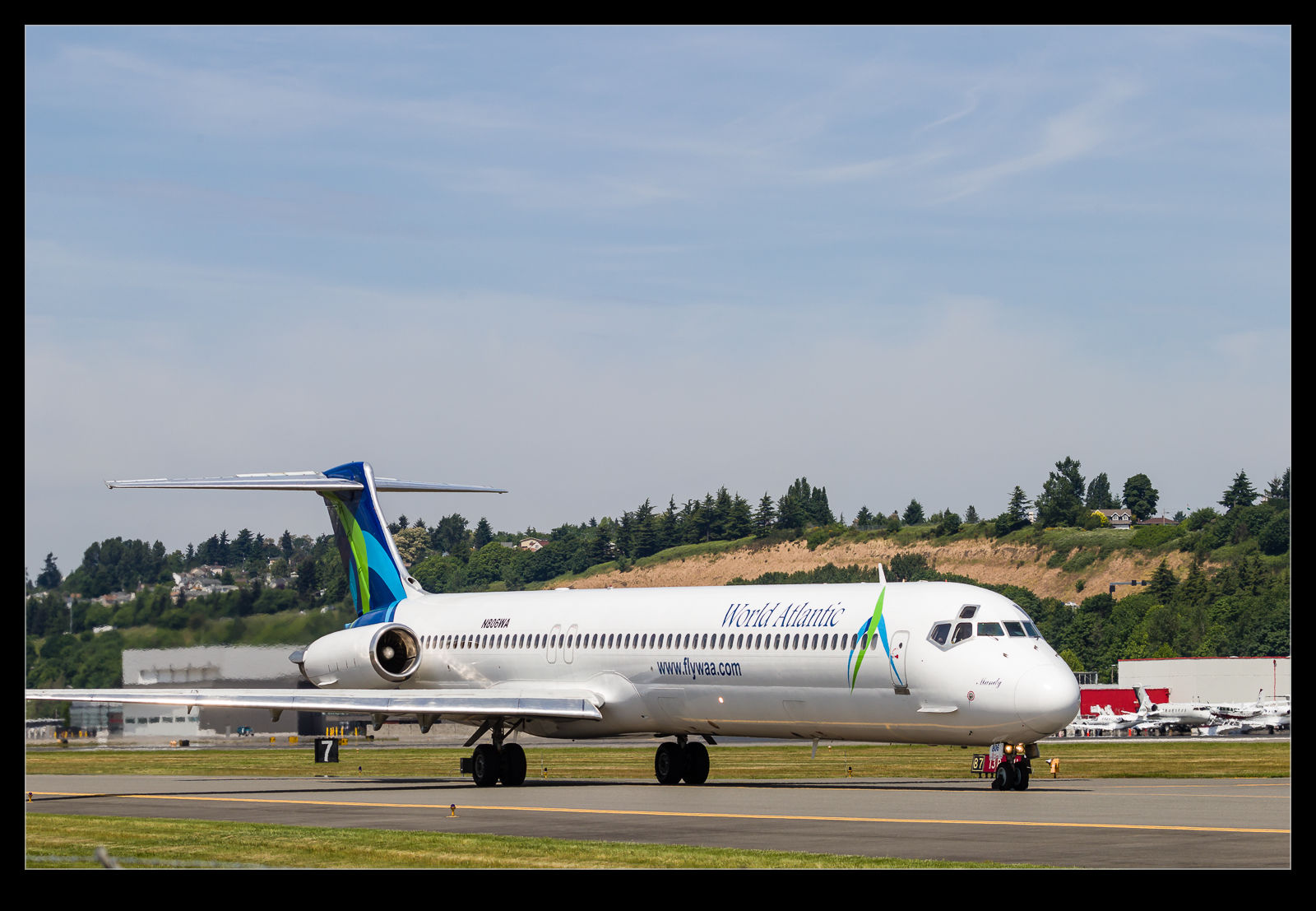 As airliners reach the end of their natural lifespan, you suddenly become aware of them disappearing. However, some have a second life converted for corporate charter use. One type I haven’t seen a lot of in private use is the McDonnell Douglas MD-80. However, one was in Boeing Field on a job recently and I was pleased to see it in use. It was parked up at the FBO when I arrived and so I assumed I would not see it move. However, I was wrong. 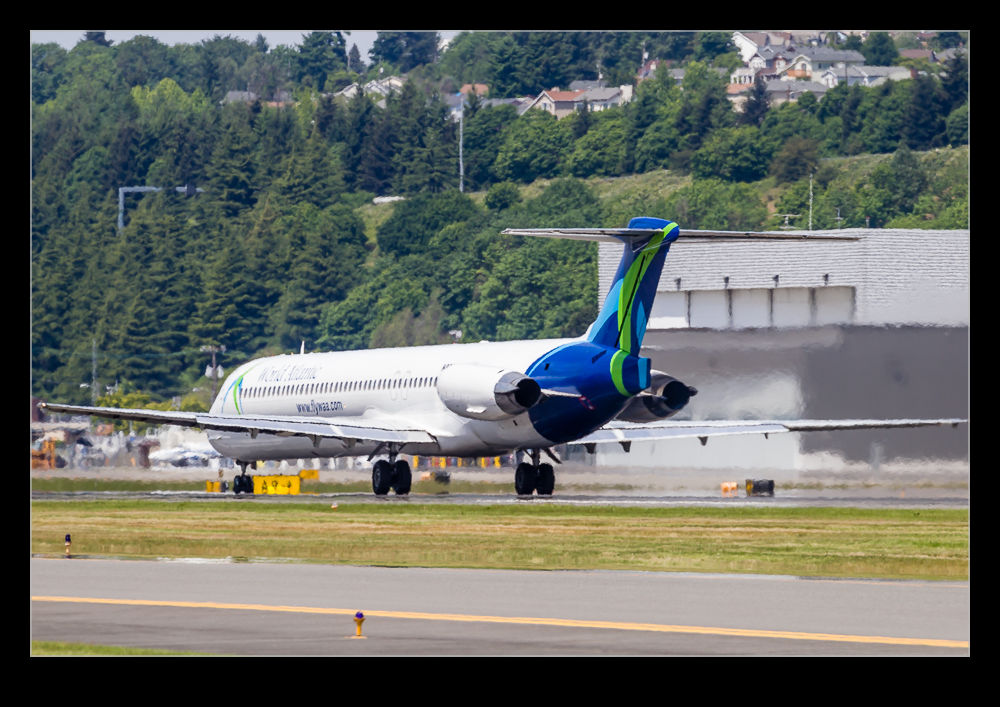 They taxied out and, as is the case for the larger jets, had to cross over to our side and come alongside where I was. A good close up view of the jet before it headed down to the threshold for departure. I don’t know how far it was going but it did not seem to be too heavily loaded as it got airborne quite quickly and climbed away. I don’t know how many of these jets will find a new role after retirement from airline service but hopefully there will be a few more. 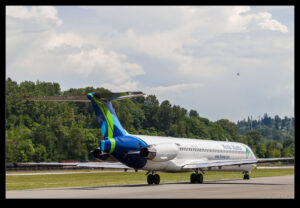