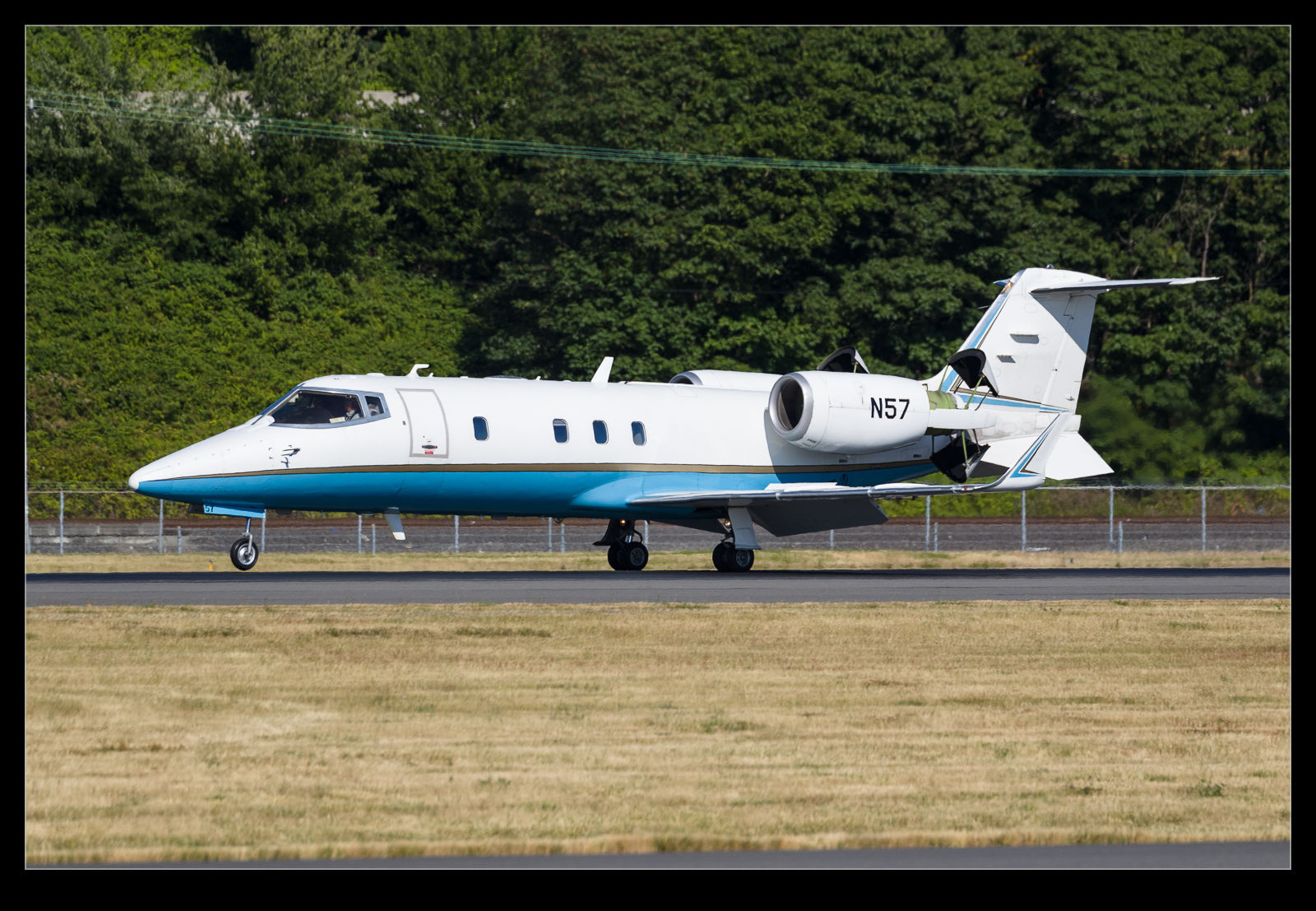 At was at BFI awaiting the arrival of something and I was checking FlightRadar24 to see what was coming in.  I saw a Learjet 60 on the screen south of SeaTac and tapped on it.  As soon as I saw the flight path, it was clear who the jet belonged to.  The shot below was what I saw and the repeated patterns around SeaTac suggested it was an FAA aircraft undertaking calibration flights for the airport instrumentation. 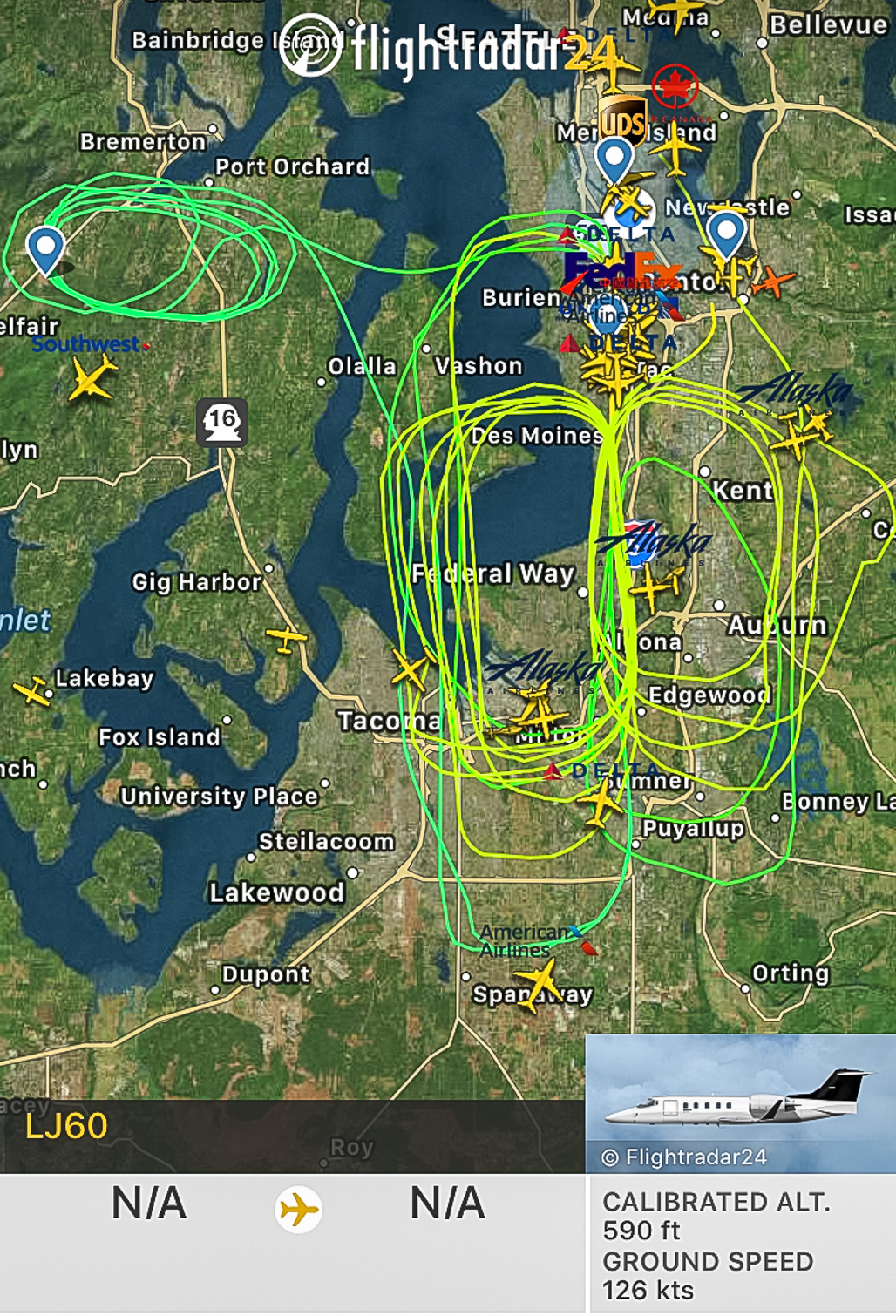 I stopped thinking about it for a while until I saw a jet appear on the approach to BFI that I hadn’t been aware of.  Sure enough, it was the FAA Lear 60.  They plonked it down right on the keys and quickly exited to the FBO.  I imagine that flying repeated sequences of approaches is not the most exciting way to spend the day so they were glad of the break. 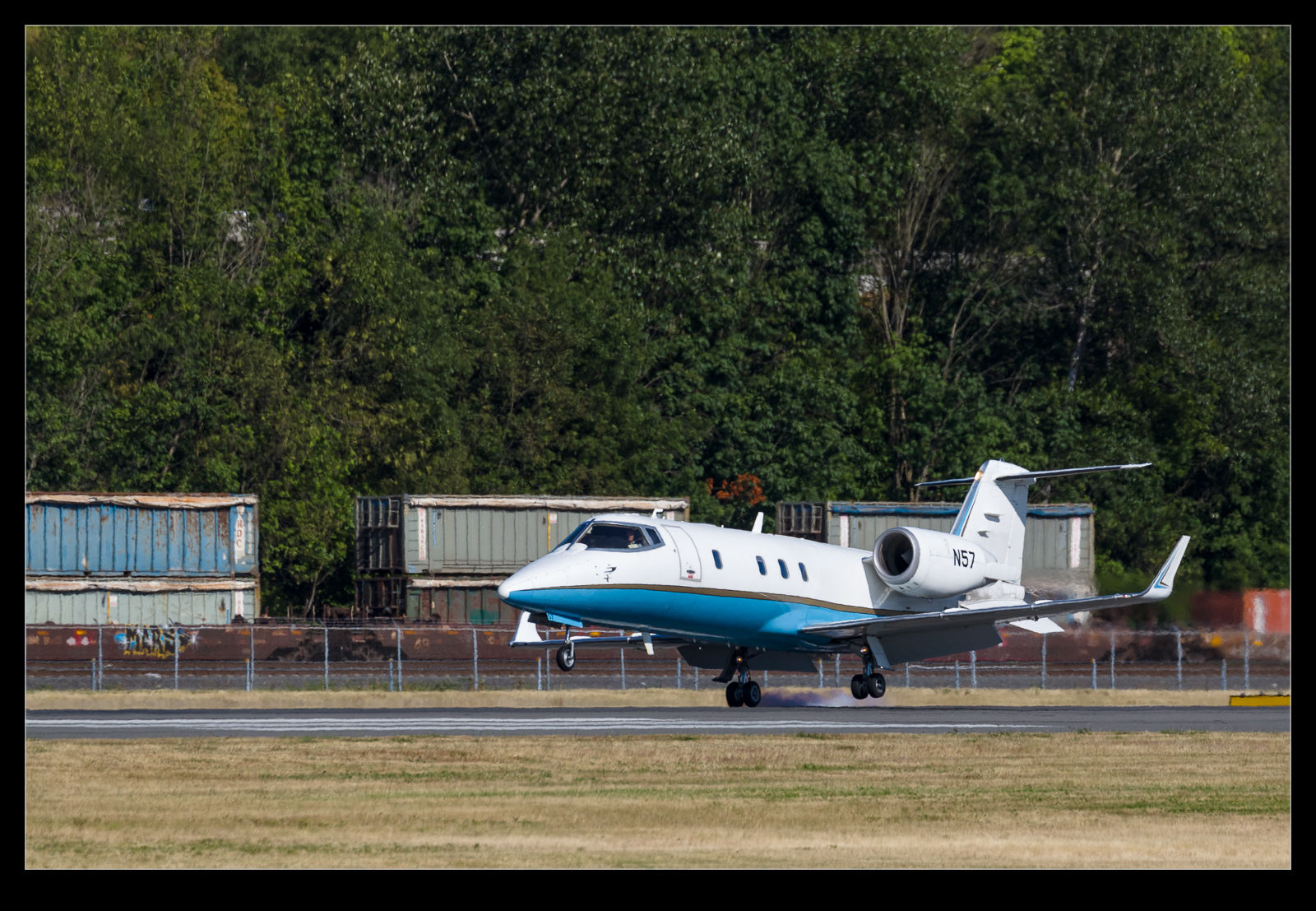