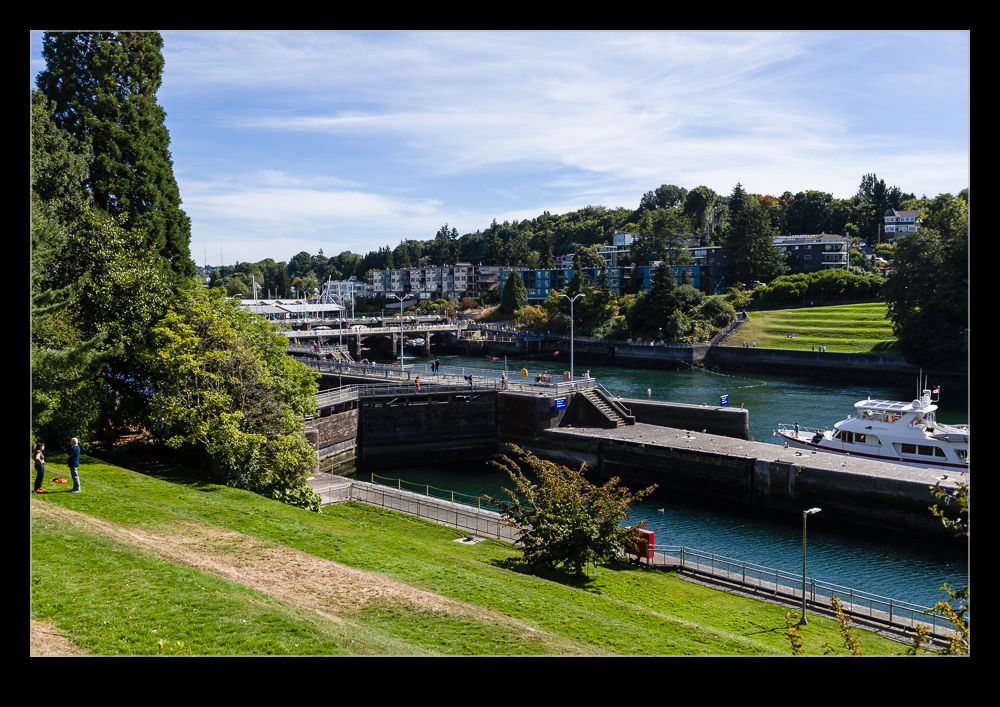 Just north of the center of Seattle is Ballard.  Aside from being an interesting area with shops, bars and restaurants, it is also home to a set of locks that connect the salt waters of Puget Sound with Lake Union and Lake Washington’s fresh waters.  The locks are the busiest in the US with a steady stream of traffic.  On the weekend, this is heavily dominated by pleasure craft but commercial vessels are also a big feature.  Indeed, while we were there, we found out that there is a hierarchy of which types of vessel get to go through first, even if some of the owners of the small pleasure craft were not up to speed on the rules! 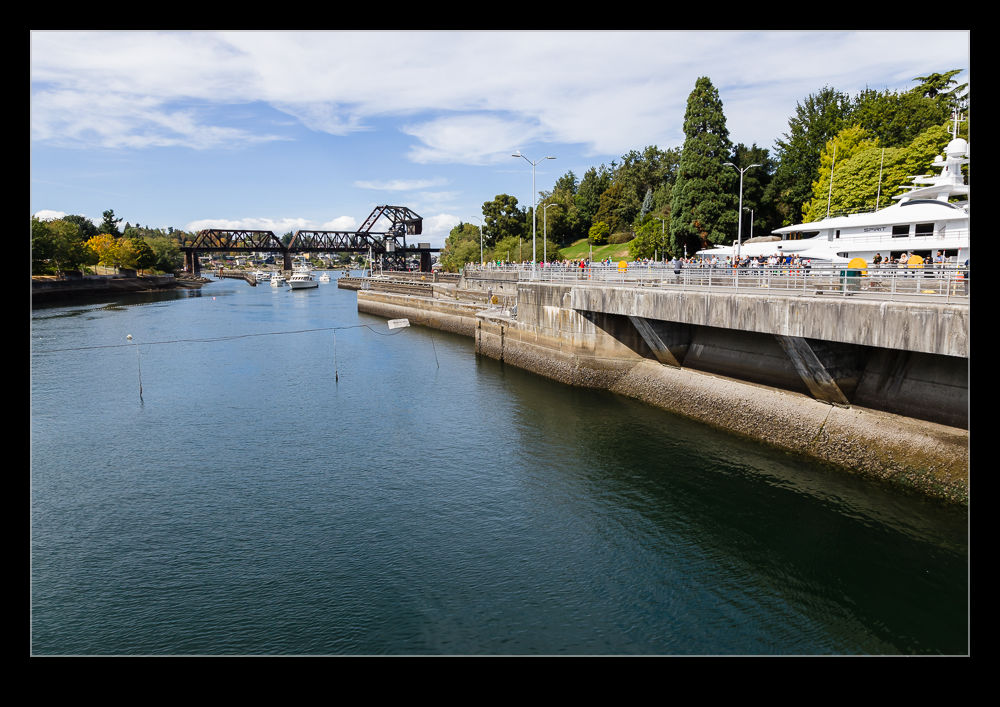 The locks are named after the man who was instrumental in the early phases of their construction.  Aside from leading a big construction project, he also was quite visionary in other areas but that will be the topic of another post soon.  There are actually two locks.  One is a small lock that suits pleasure craft or small commercial vessels.  The other is far broader and longer and can be operated with a middle set of gates if less vessels are coming through.  It can also take a lot of smaller boats wedged together like a giant game of Tetris when demand is high such as is the case on warm holiday weekends. 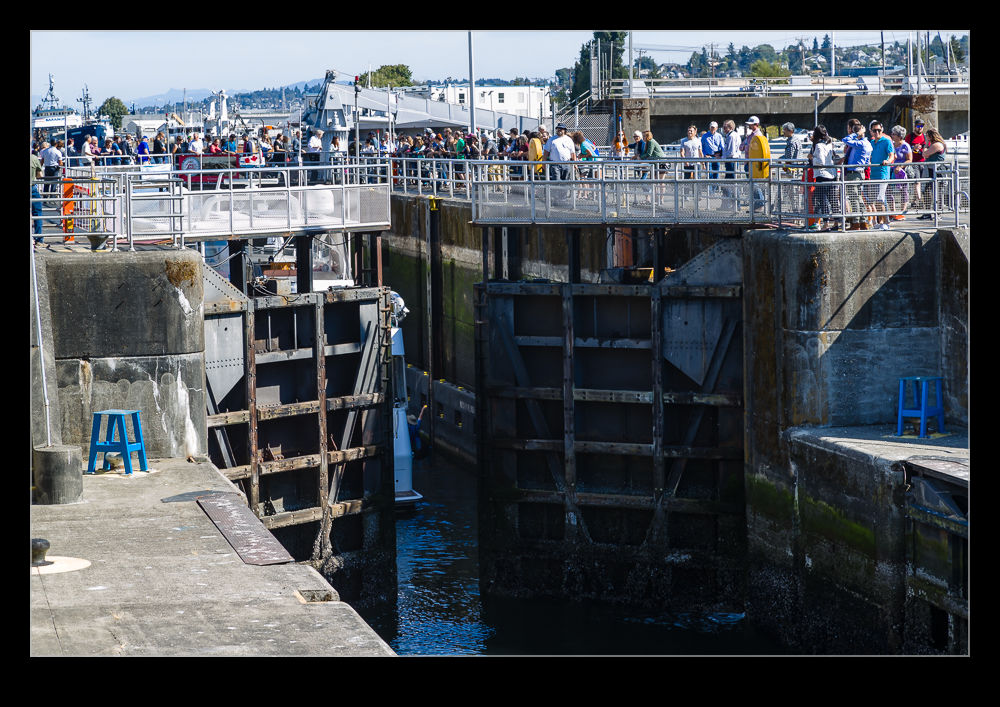 The locks are open to the public along with a small botanic garden.  You can cross over the top of the gates (although these are rather narrow and can get congested when people decide to stop and hang around rather than keep moving).  There is plenty of space along the sides of the locks to watch the boats as they come in and as they rapidly rise or fall when the water levels are adjusted.  We obviously weren’t the only ones to find it a relaxing spot to hang out for a while. 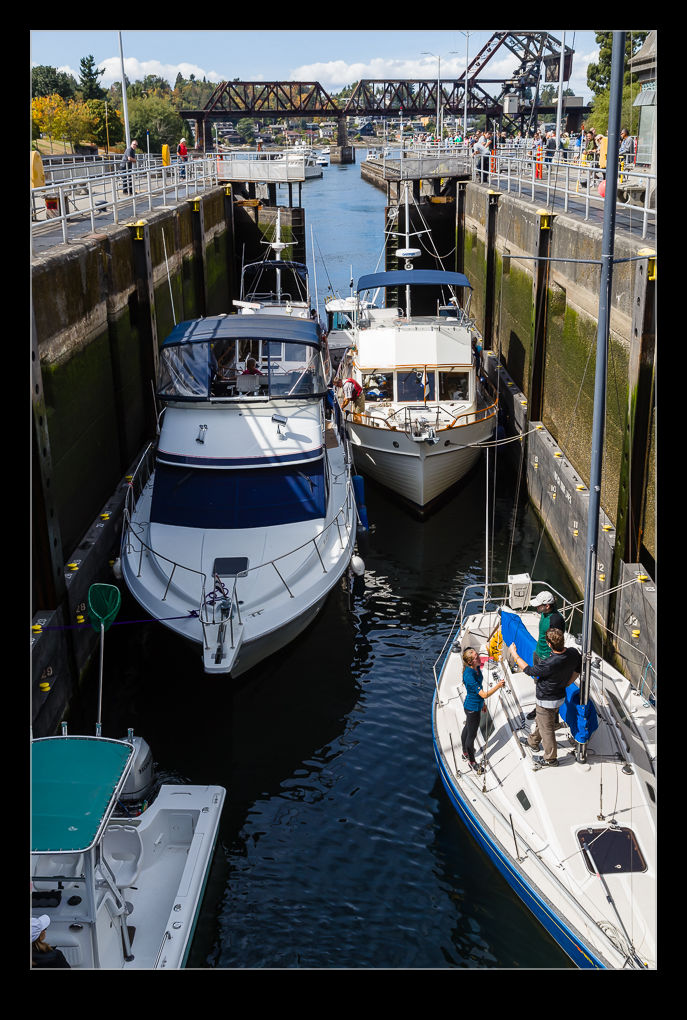