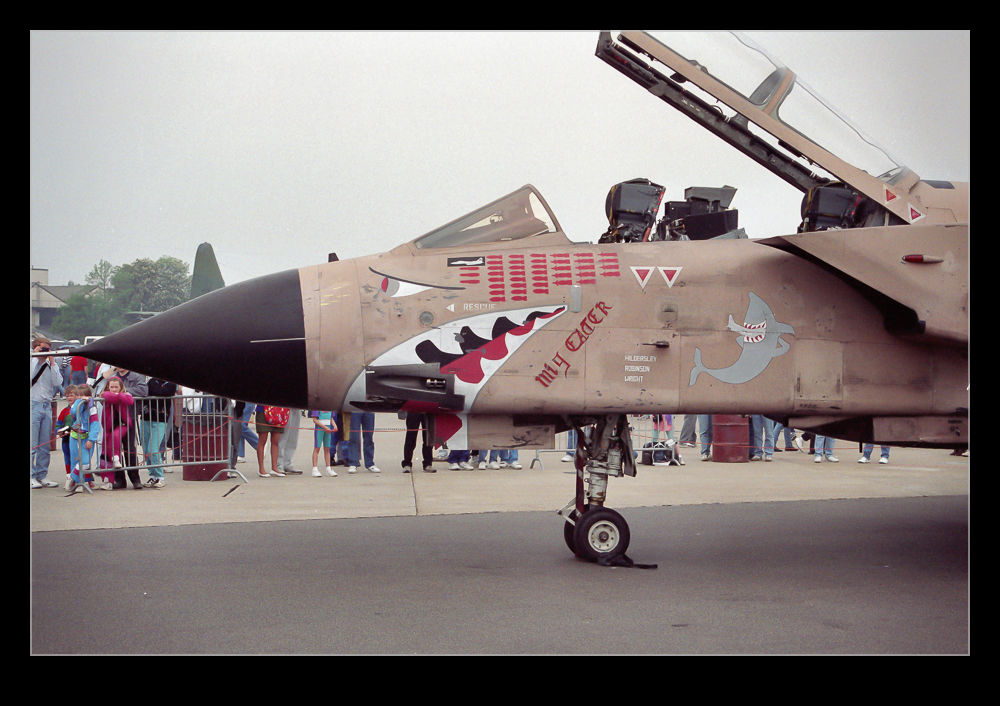 My friend, Ben, put some pictures on Facebook of a Jaguar being restored in Arizona that is being painted in the desert pink colors that were used during the first Gulf War.  I worked a little on Jags in my days at BAe and have always thought it was a cool jet.  It is nice to see one showing up in restoration over here.  It triggered a discussion between a few of us about the colors that were used at that time. 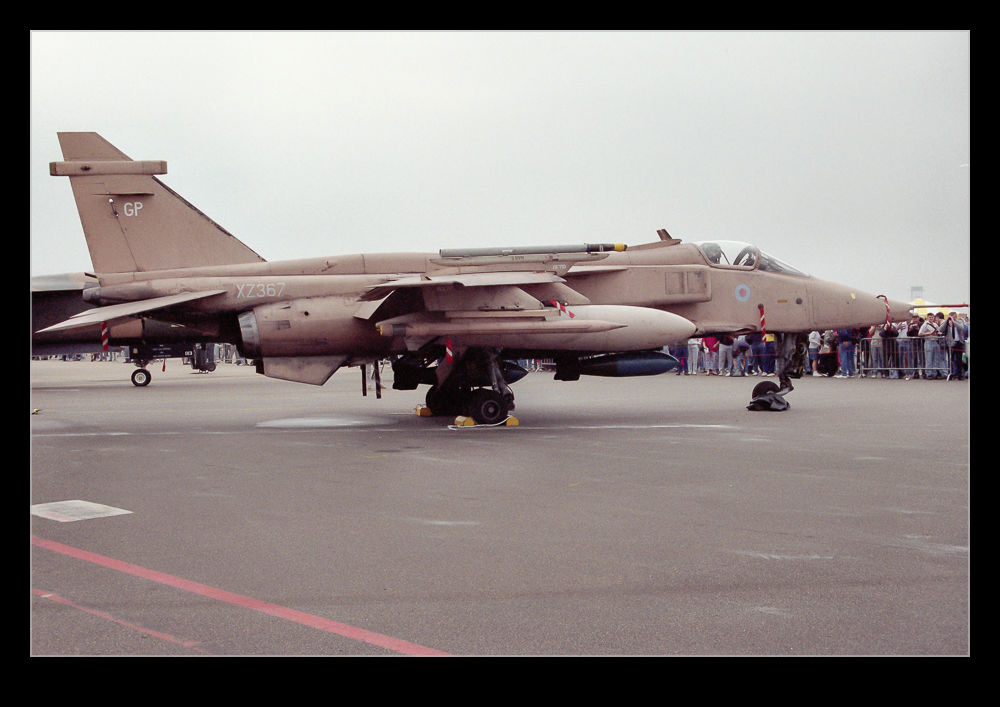 In 1991, I went to Mildenhall for the, then annual, Air Fete.  The Air Fete went away a while back and now it looks like Mildenhall itself will follow into the realms of “once upon a time”.  However, there was a time when the Air Fete was possibly the premier military air show in the UK.  For a while it was a regular feature of my year.  (The weekend before my university finals started was I a) studying hard at college or b) at Mildenhall for the show?  I was studying aeronautical engineering so surely it counted?) 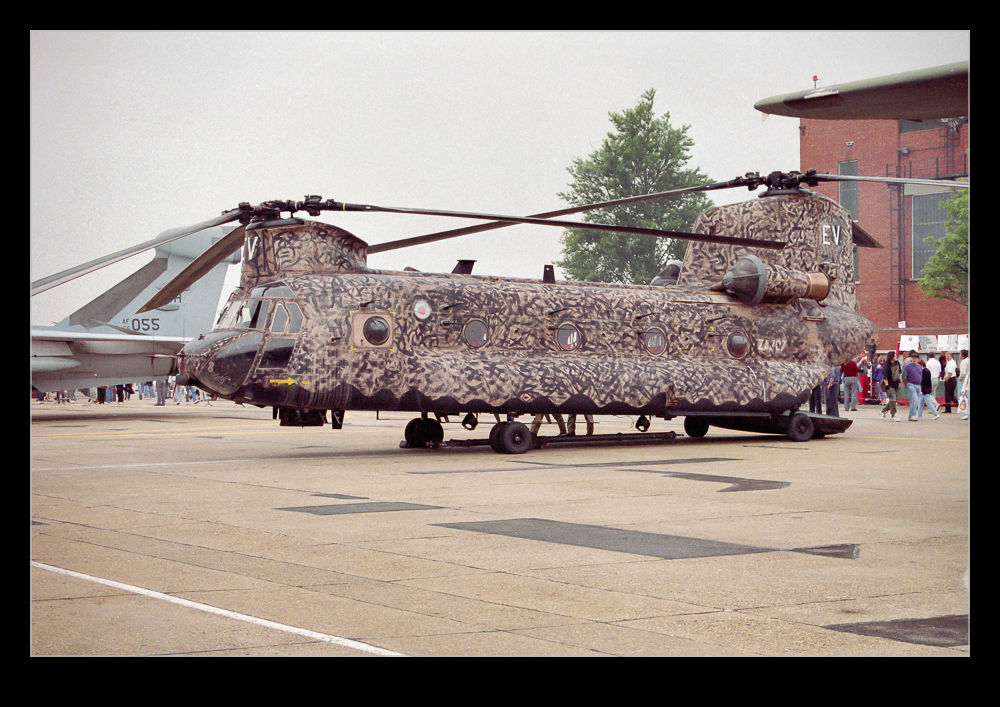 This was the first big show after the end of the war in the gulf and a lot of the aircraft that were on display were pretty much unchanged.  This included the desert colors that had been applied in a hurry along with mission markings and less official images that the crews had painted.  One of the Tornados on display showed how quickly things had been done.  They had painted the jet with the flight refueling probe still attached which, when removed, left a grey patch amongst the pink on the front fuselage. 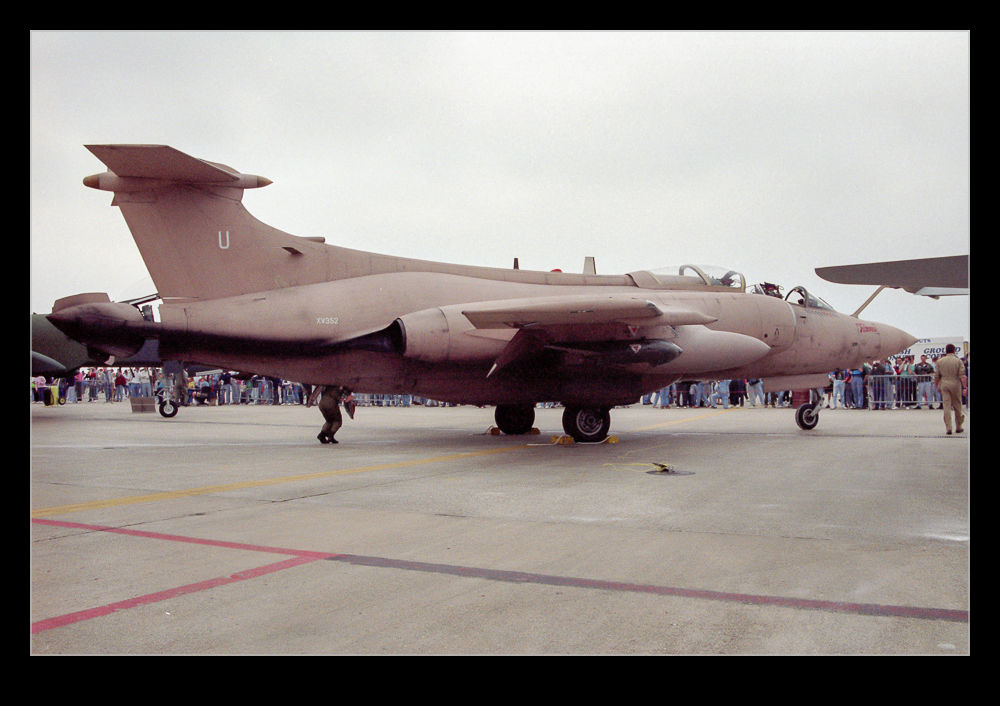 Not everything was pink.  The tankers that went over had already adopted a hemp color in the previous years so they were already quite well prepared.  Also, a Chinook was on display that had a mottled finish that was supposedly the result of being used for special forces missions. 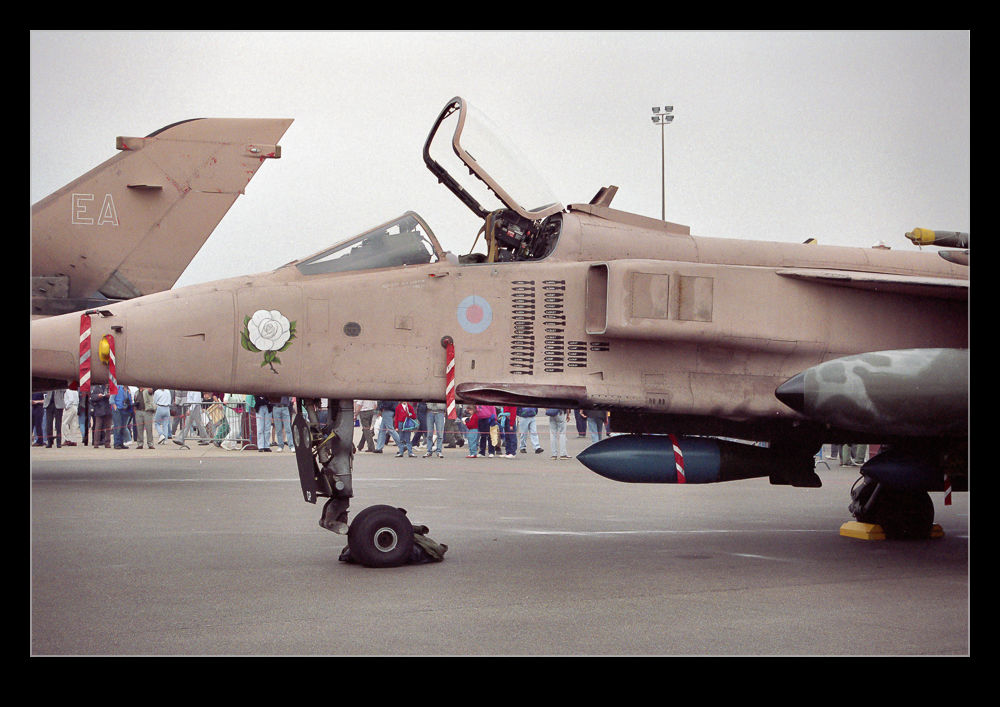 Needless to say, most of these colors were pretty quickly removed as the aircraft where cleaned up after their return and put through some deeper maintenance and the rapid war modifications either removed or upgraded to a clear condition.  (Lots of mods were done under a “war only” approval.  They were less likely to kill you then the opposition but hadn’t gone through the full clearance process.  They weren’t approved for peacetime use until a more thorough evaluation had been done.  Of course, we had a fair bit of testing experience to do the clearances with given how much they had flown in theater!) 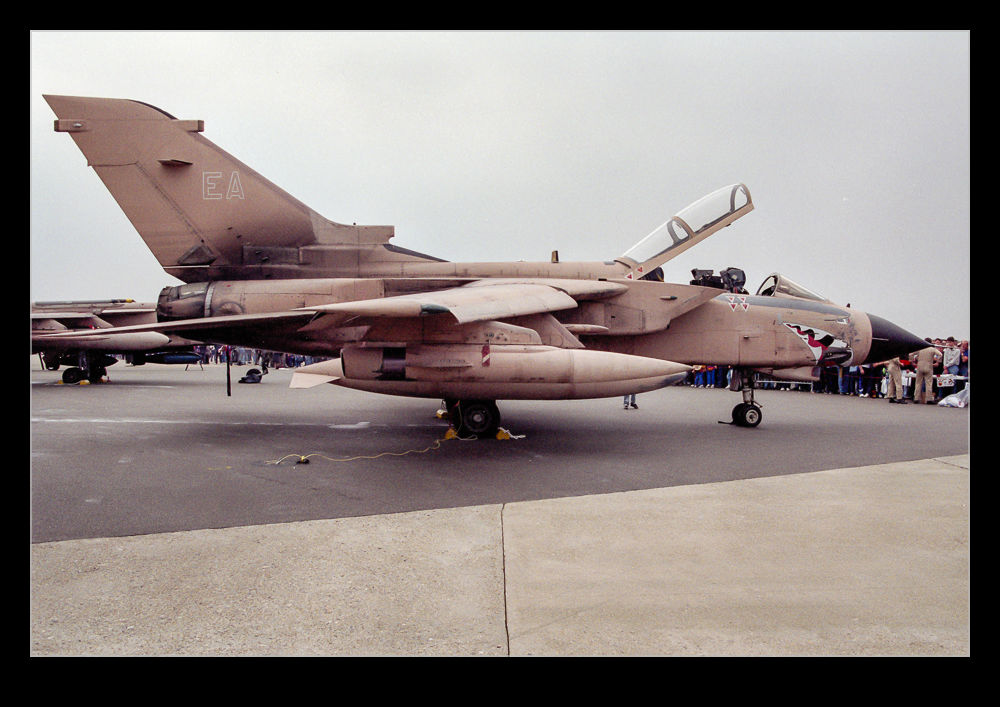 The pictures are scanned from old negatives so not fantastic but they are a snapshot of an interesting time! 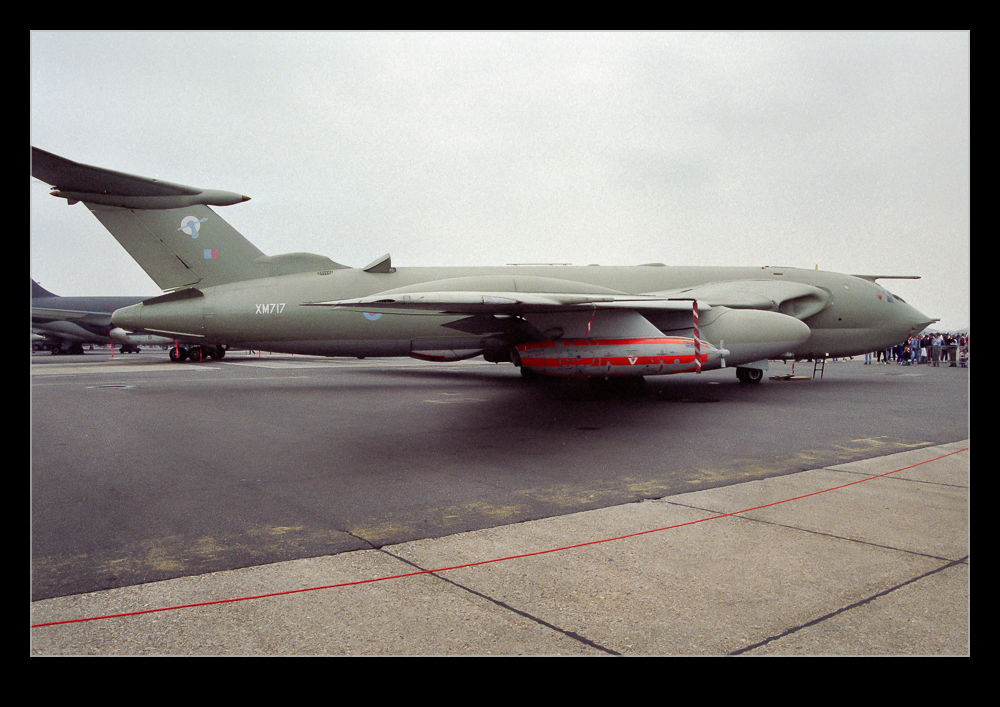 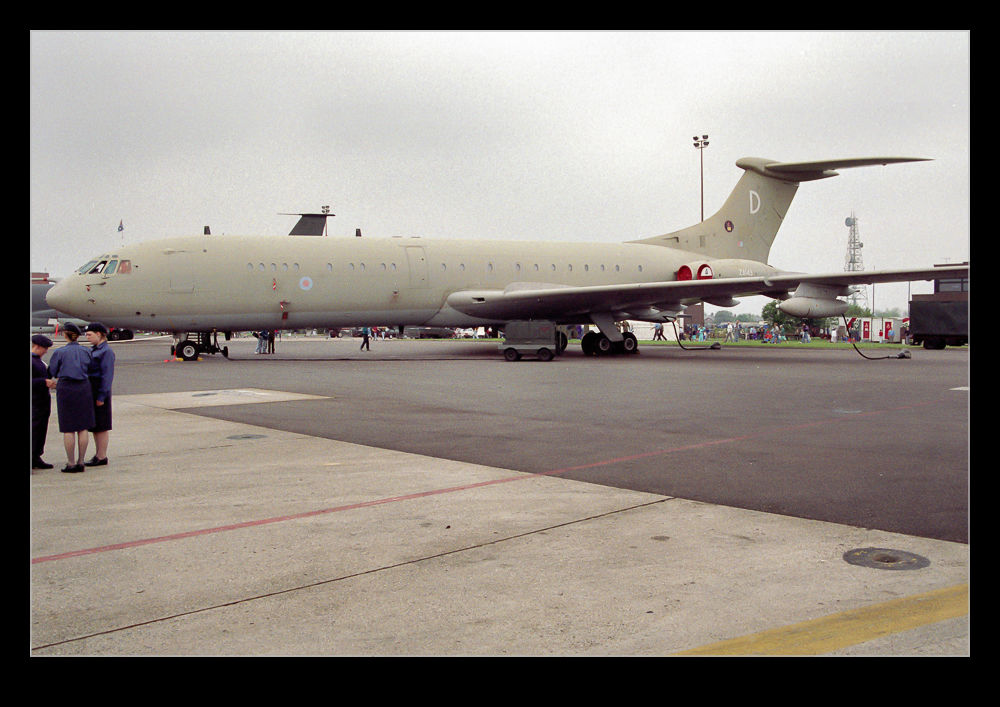