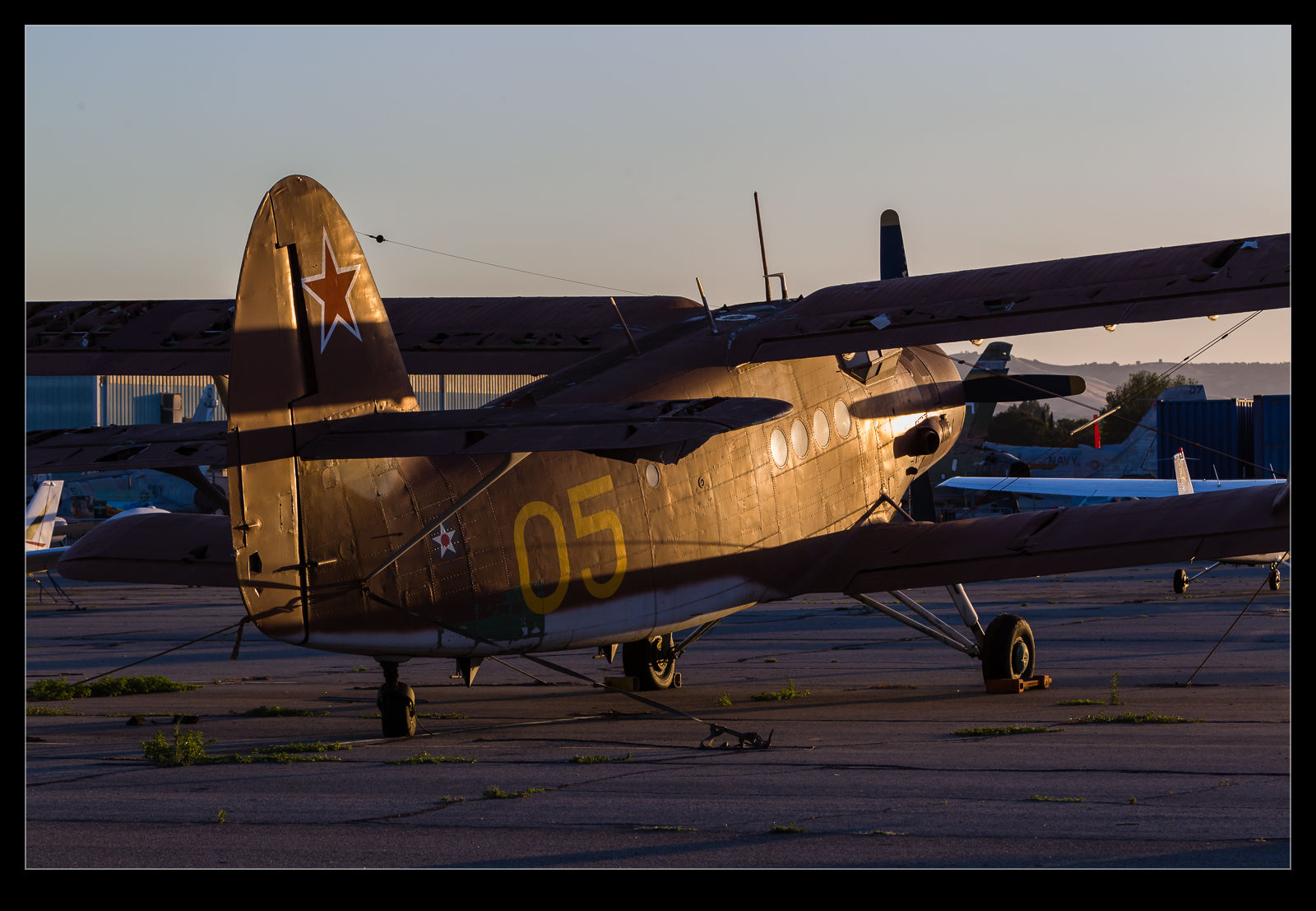 If you want a rugged workhorse with a substantial payload, you can do a lot worse than the Antonov AN-2. This bi-plane, powered by a substantial radial engine, has been a workhorse of many operators around the world – particularly in the old Soviet Bloc. It might look very dated – production started in 1947 – but some examples were still being assembled in 2001. However, the reliance on Avgas and the general age of the type means it is progressively disappearing from service. 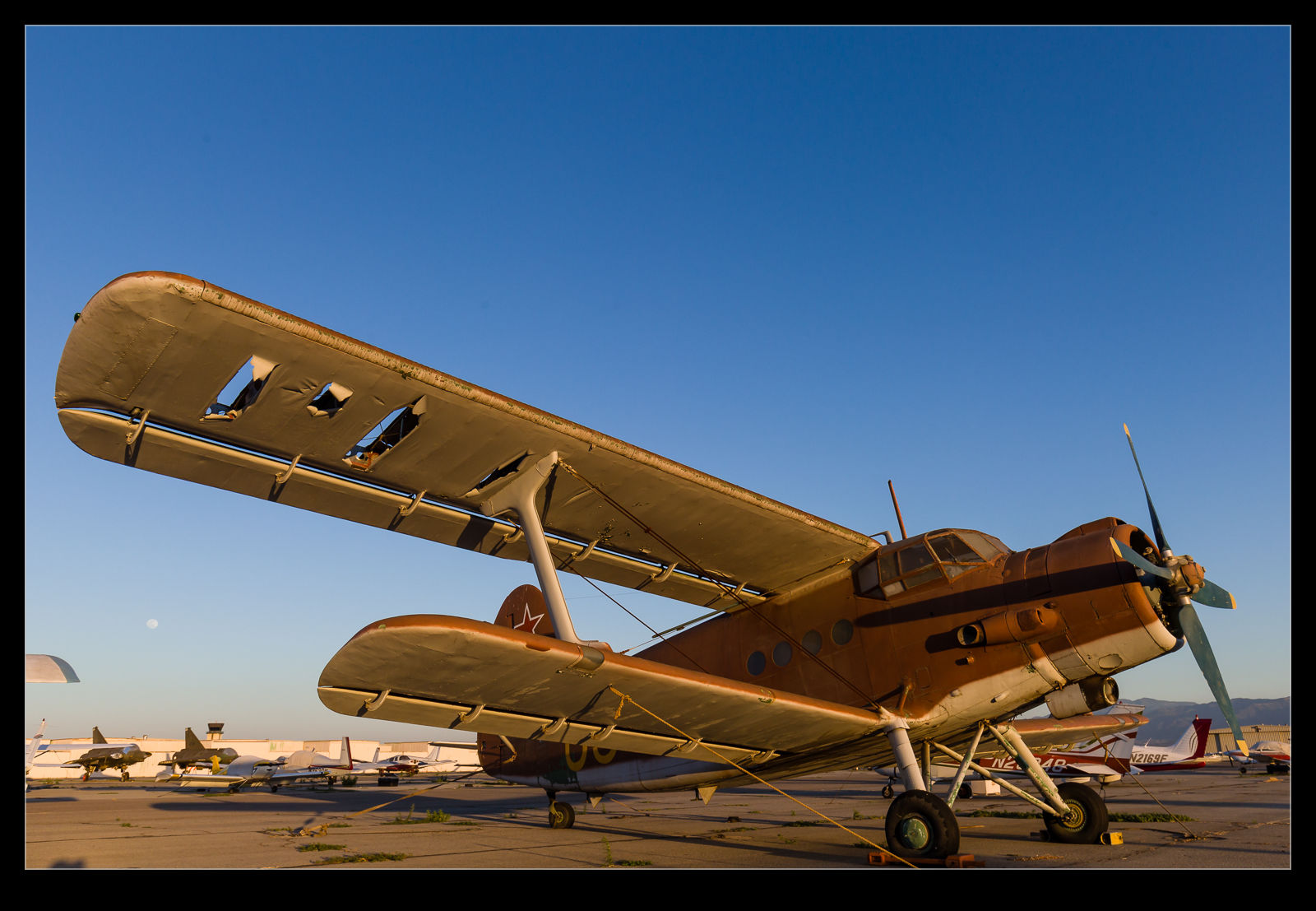 There are still plenty about though and I came across one at Chino as the sun was setting. At first I thought it might be in good condition and possibly a flyer. Getting a bit closer, though, showed that the fabric on some of the control surfaces was coming apart and this one must have been sitting around in the California sun for a while. A shame since they are a mighty thing to see in action. I have no idea what the future is for this airframe but maybe it could rumble into life again.