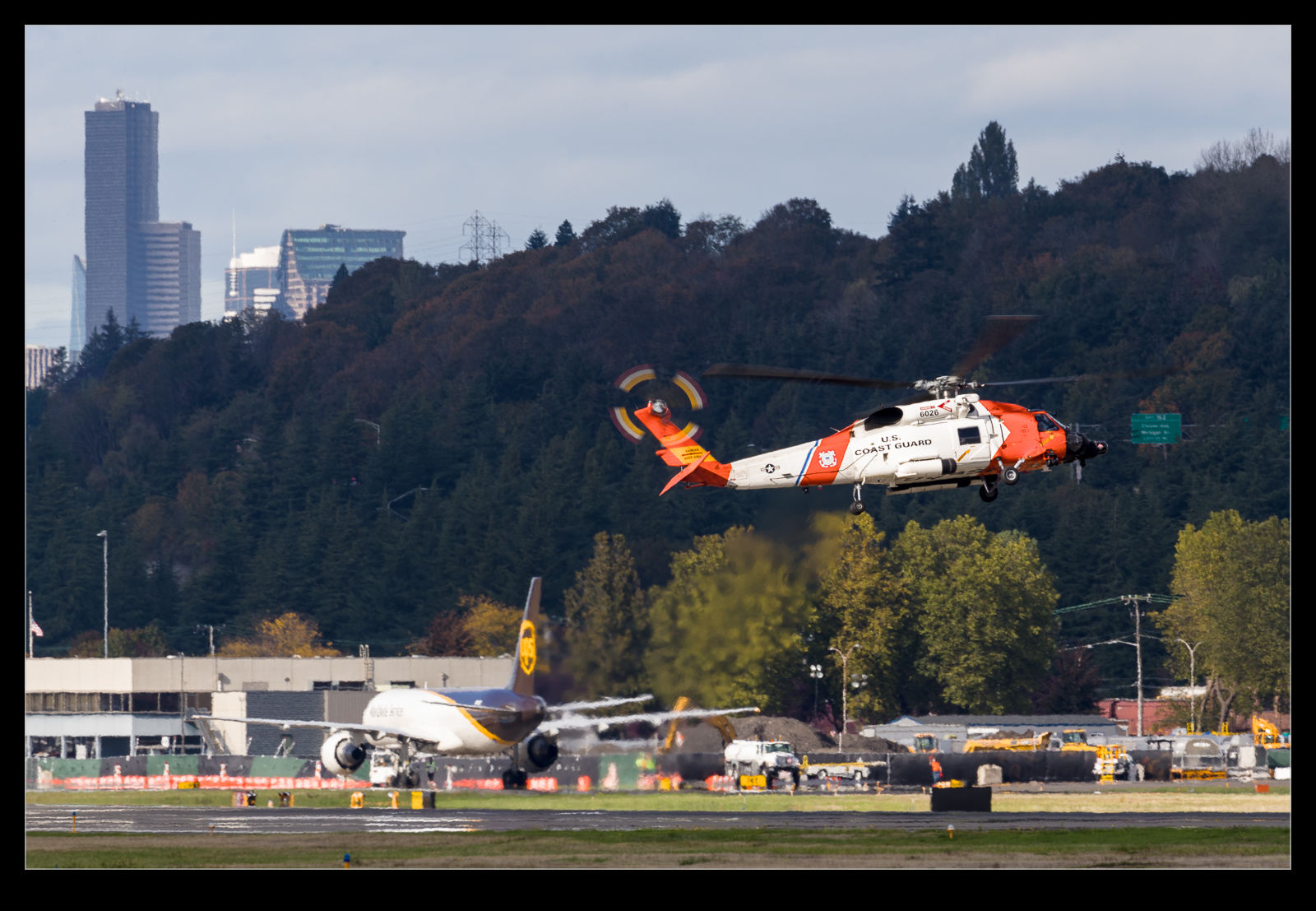 While at Boeing Field on a sunny day, I was pleased to see a Coast Guard MH-60 Jayhawk flying along the runway.  MH-65s are the local Coast Guard helicopters so a Jayhawk is a nice change.  Having seen the MH-65s doing a fly through before, I was hoping that we would get the same but they actually pulled up and turned in the the FBO.  However, once on the ramp, the kept rotors running so I knew they would be out again soon. 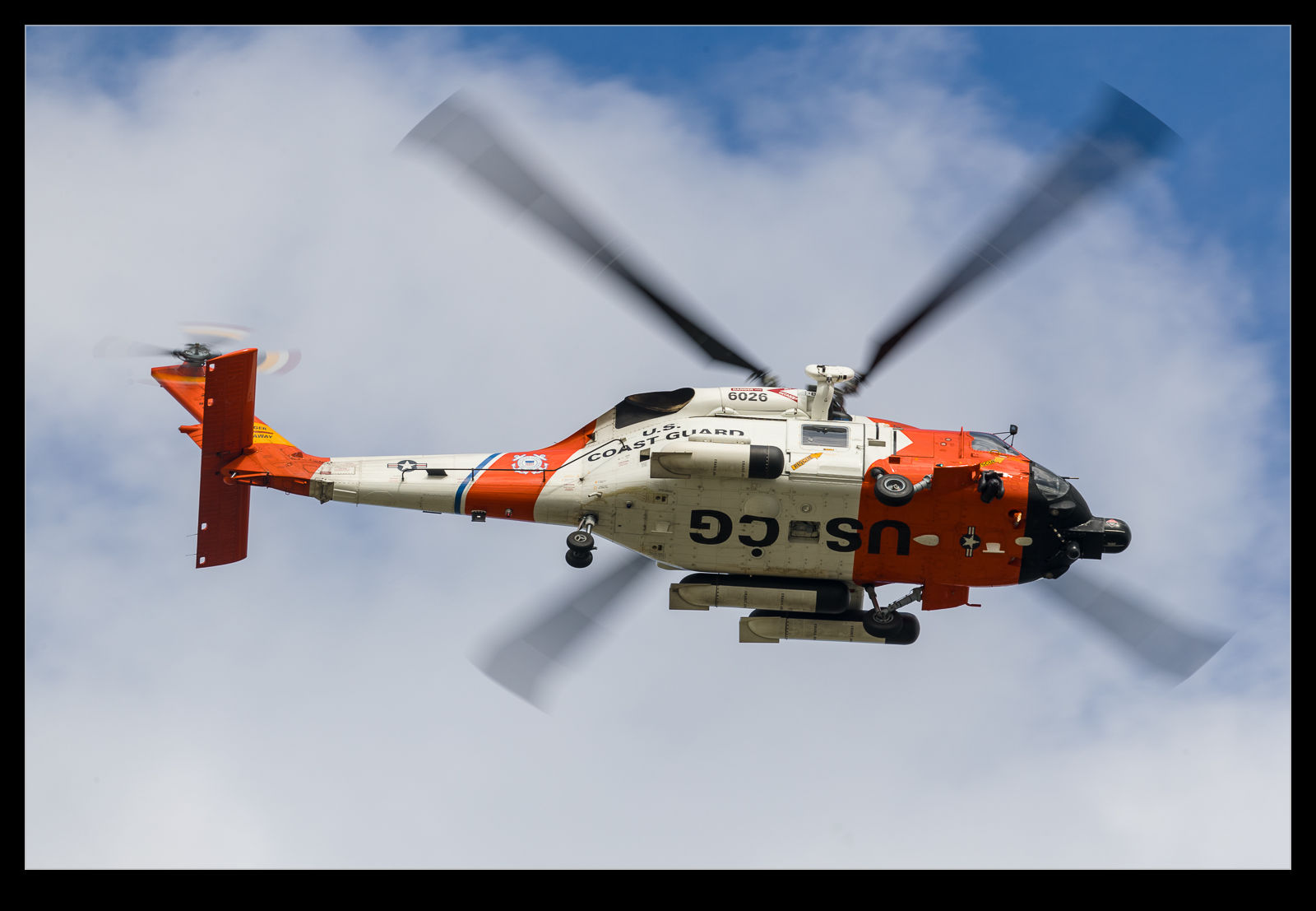 When they did come out, they actually back taxied to the far end of the field.  I would have been a lot happier with them making an intersection departure closer to me but that wasn’t to be for some reason.  Consequently, they had gained a fair bit of altitude by the time they came level with me.  A belly shot was not what I was after but never mind.  The underside view gives a good view on the three external tanks that the Jayhawk can carry.  That gives some serious range when heading far offshore to rescue someone in need. 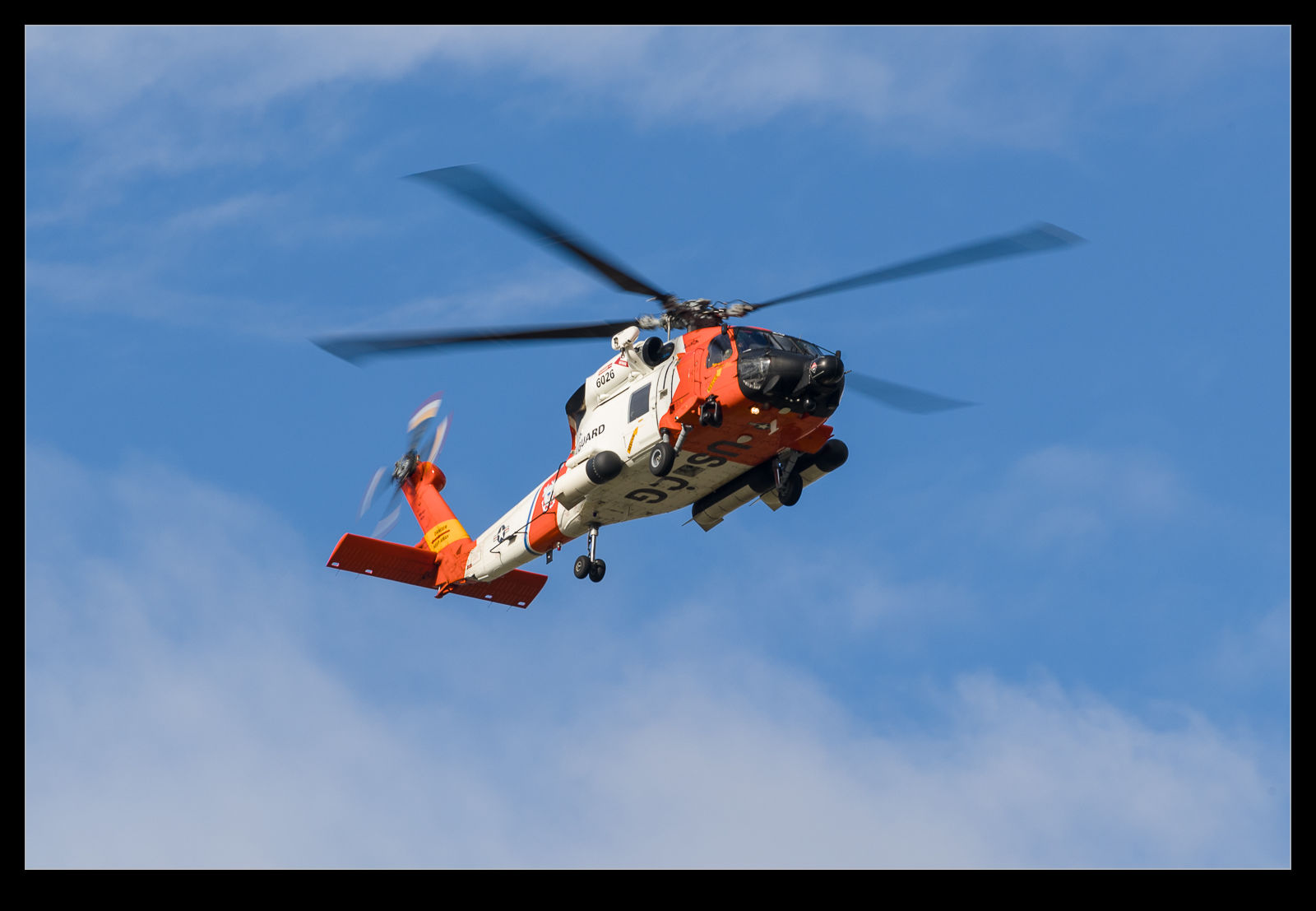