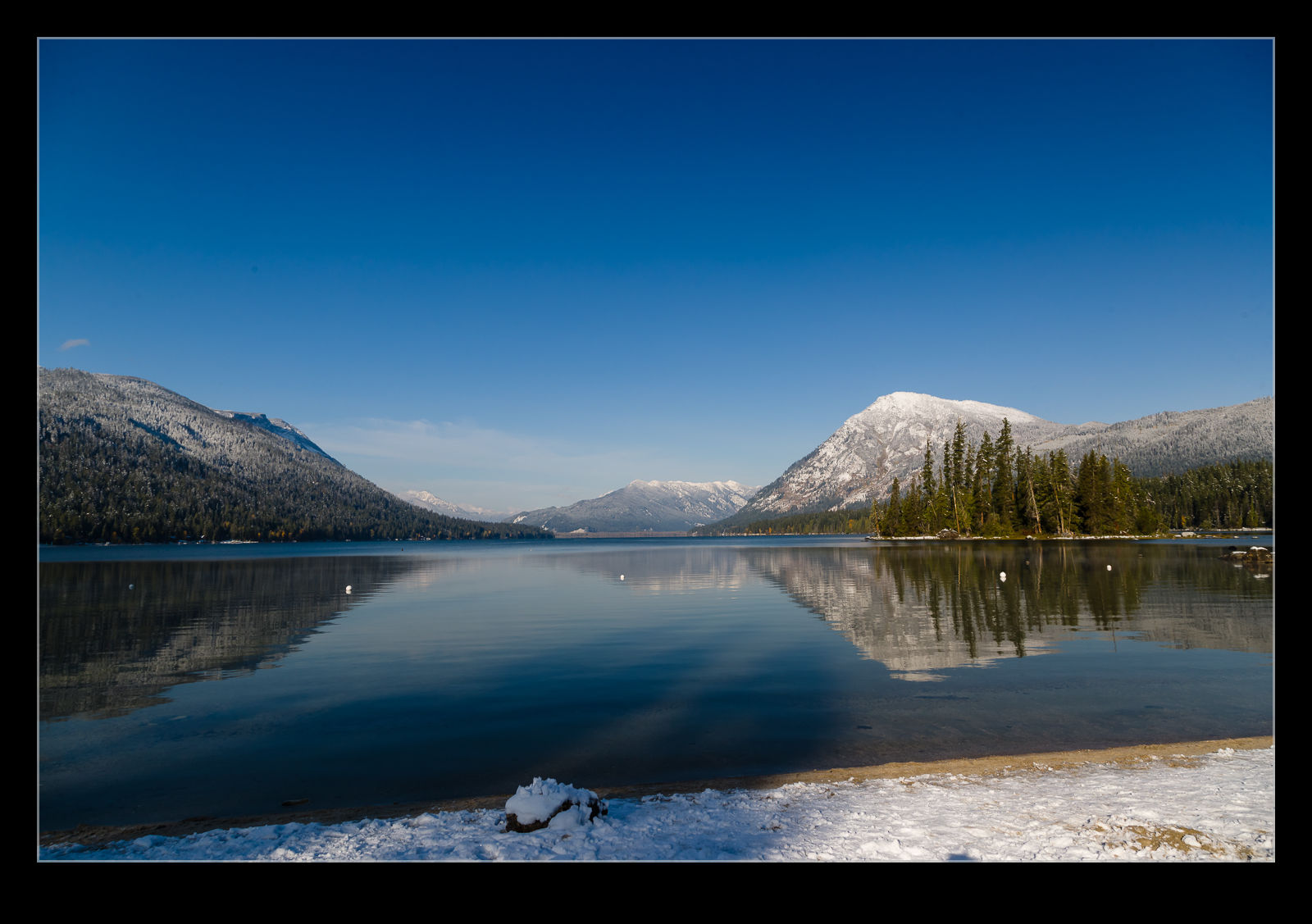 Sometimes trips that are set up with something specific in mind end up delivering something totally different.  We knew it was a little late but planned a trip up into the Cascades with the aim of checking out the fall colors.  We went up towards Stevens Pass but rapidly realized that, while there was some color in the trees, the more important issue was the amount of snow on the ground.  The temperatures up in the pass were well below freezing and the ice across the highway was something that focused the mind. 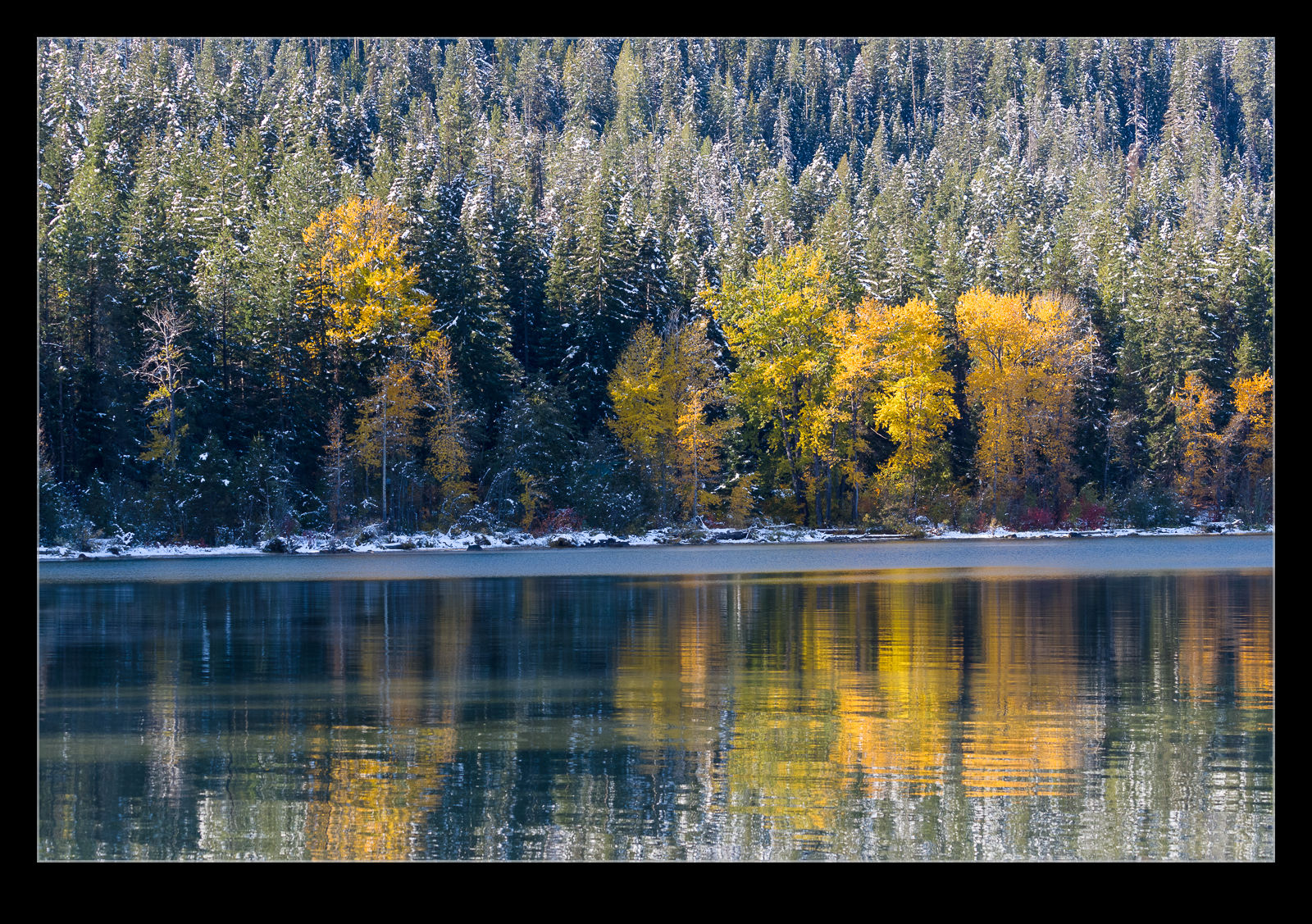 We were heading for Lake Wenatchee State Park and the park was certainly a lot more snowy than we expected.  It has a north and a south entrance and, having not been there before, we headed to the north entrance first.  It turned out that this was mainly the campground and heading around the roadway which was pretty snowy got us nowhere interesting.  A reversal of course and we tried the south entrance which was far more productive.  It took us down to the edge of the lake and a wonderful vista.  The combination of blue skies, a lake, snow and some tree colors was beautiful.  While the air temperature was low, there was no wind.  Consequently, it was quite comfortable.  Add in the lack of other people and you felt like you had discovered something special. 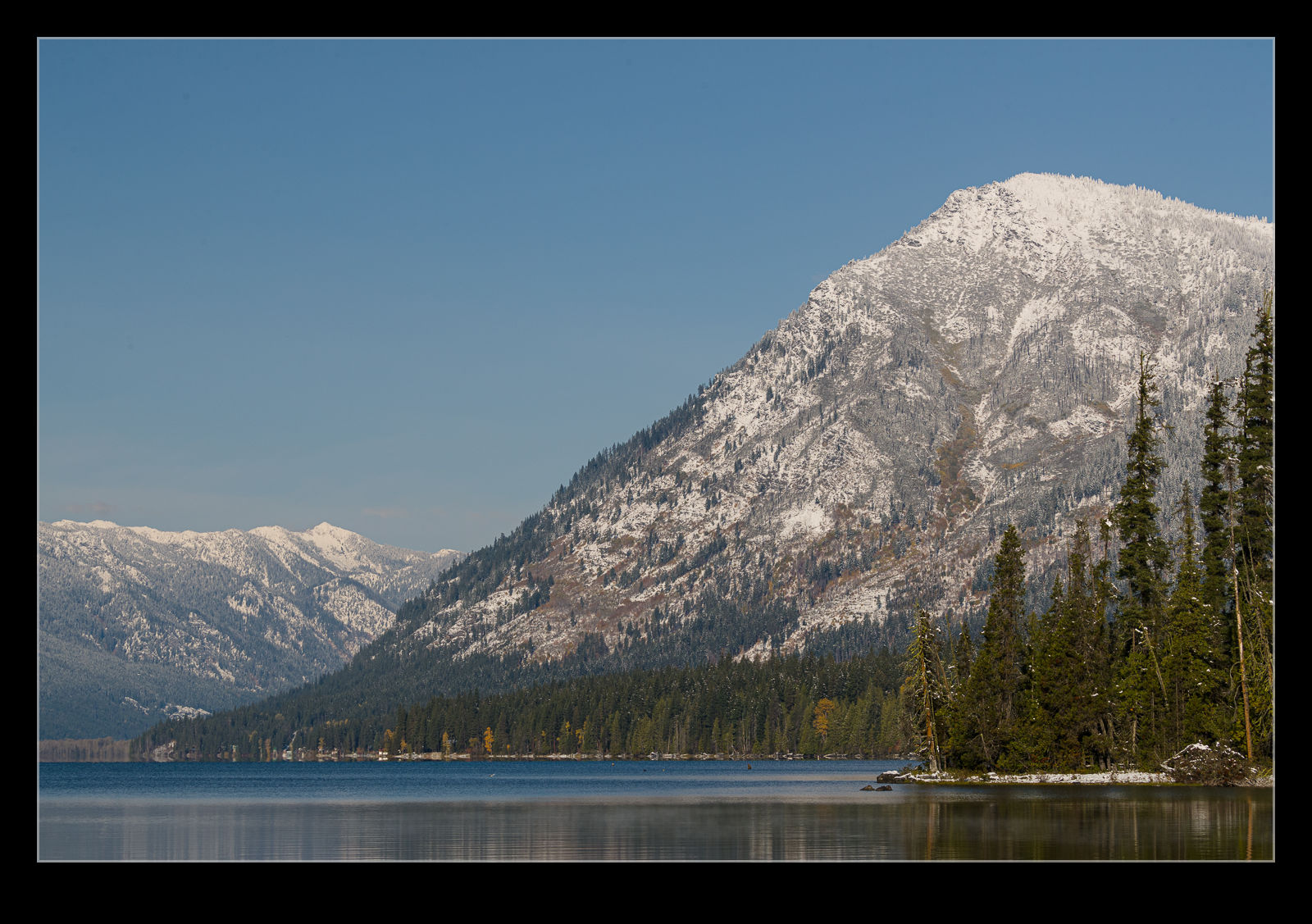 Our original plan had been to walk along the trails in this part of the park.  However, the depth of the snow was not something we had brought boots for so that was not going to happen.  Instead we stayed in the area near the parking lot and enjoyed the views across the water before retreating to the car with its plentiful heat! 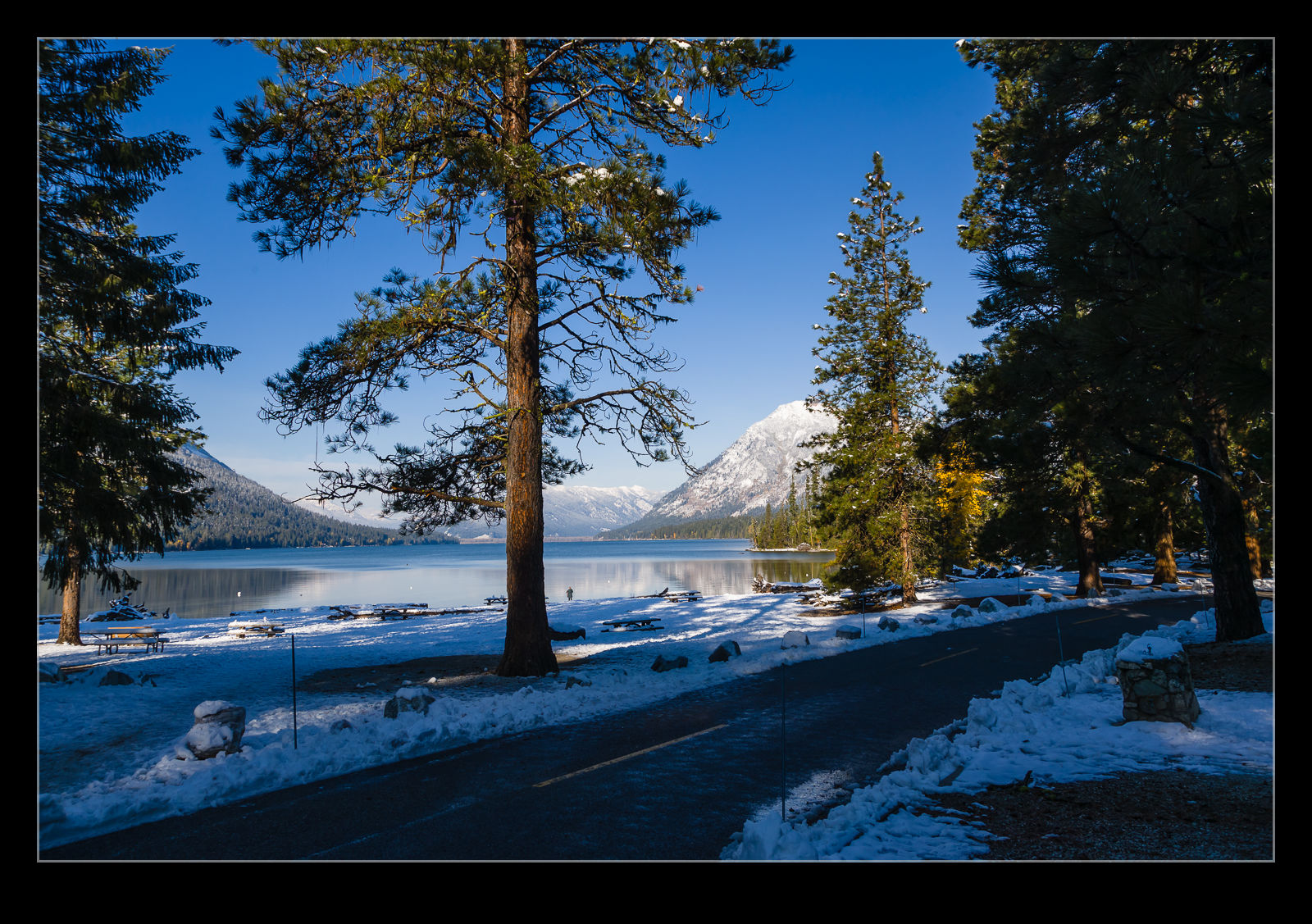 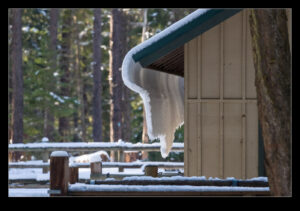 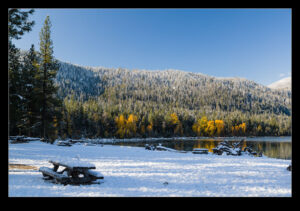