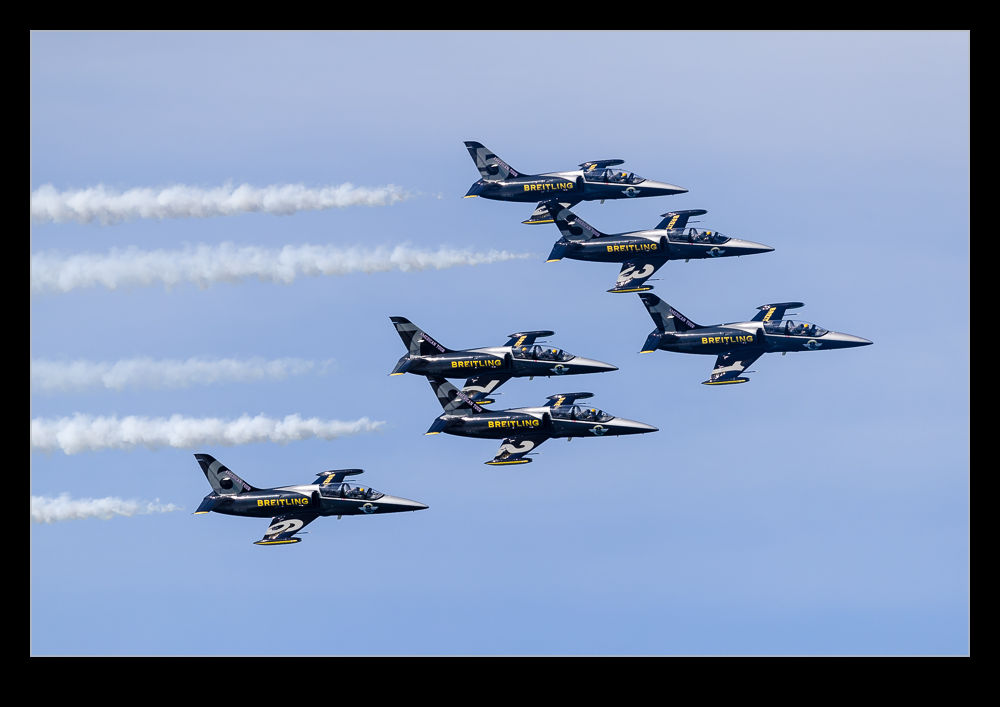 There are a number of jet display teams that are operated by militaries around the world.  Private jet demo teams also exist although there are a lot less of them.  The Aero Vodochody L39 Albatros is an airframe that has proved popular with private teams.  In the Midwest, the Hoppers used to display with four jets while out west the Patriots team are a regular fixture.  In Europe, the Breitling team has been around for a long time.  I saw them when we still lived in the U.K. at a couple of shows but they decided to bring the team to the US for a couple of seasons. 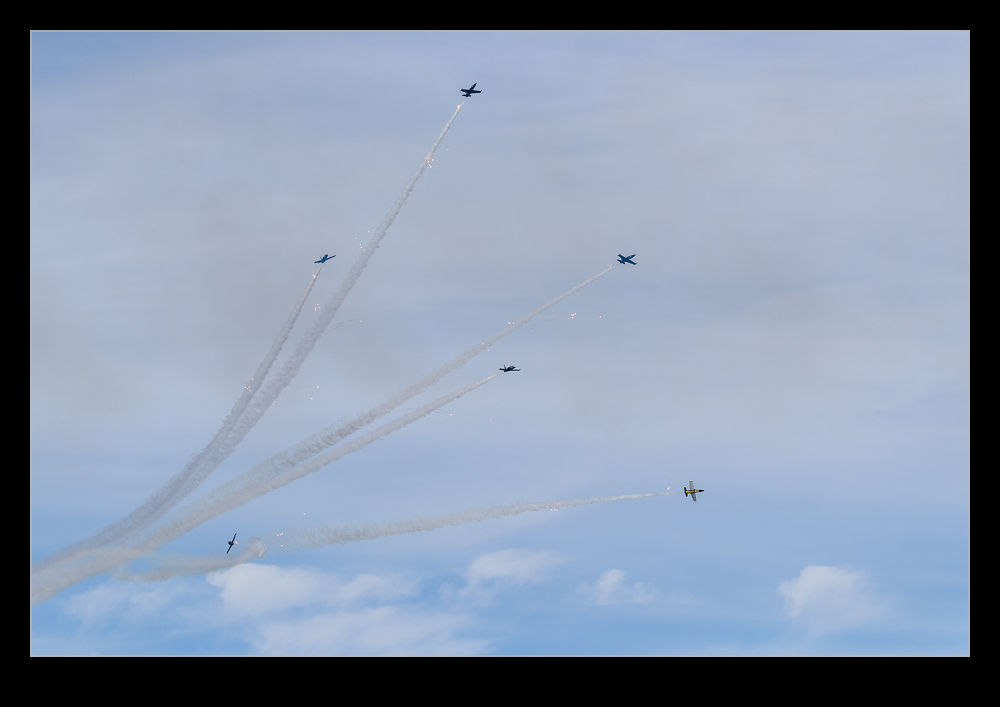 My first chance to see them was at San Francisco Fleet Week.  I didn’t have any expectations about how the show would be and I wasn’t super excited about seeing the team.  However, I was pleasantly surprised by the show that they put on.  The display was well planned and kept something going on in front of the crowd.  The Albatros is not a powerful jet so they need to manage the energy well to keep the display going and they did this effectively.  The backdrop of the bay was obviously a good addition to the display.  They did combine the individual jets with the formation jets well.  They also made good use of flares at one point during the vertical maneuvers.  That is something you don’t see enough these days.  Sadly, it doesn’t always translate as well on photos as it appeared when you are seeing the display. 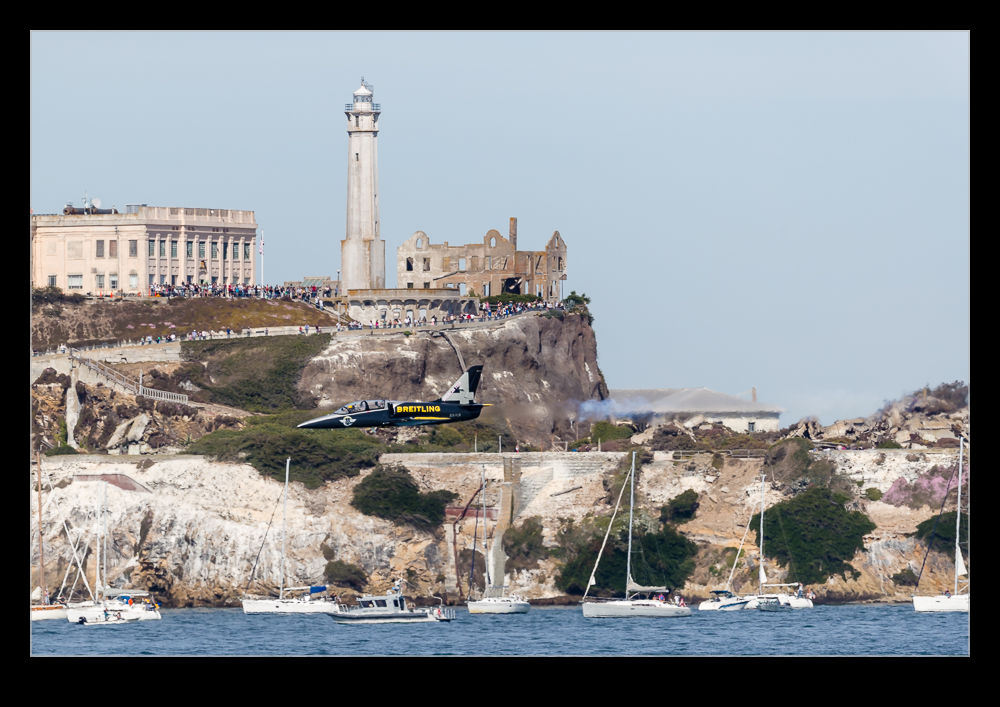 I don’t know what the plan is for the team this year but I imagine they will need to go back to Europe at some point.  Two years away must have been an expensive proposition and means they will not have made any appearances over there.  Maybe they will be here again but I can’t count on it.  I think they are done.  Good job though. 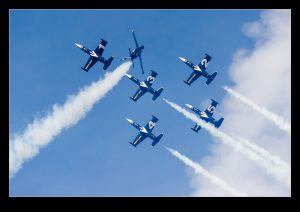 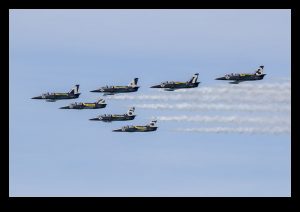 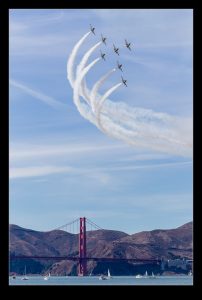 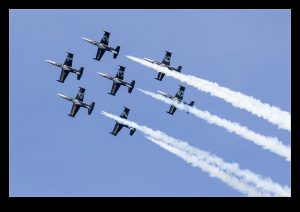