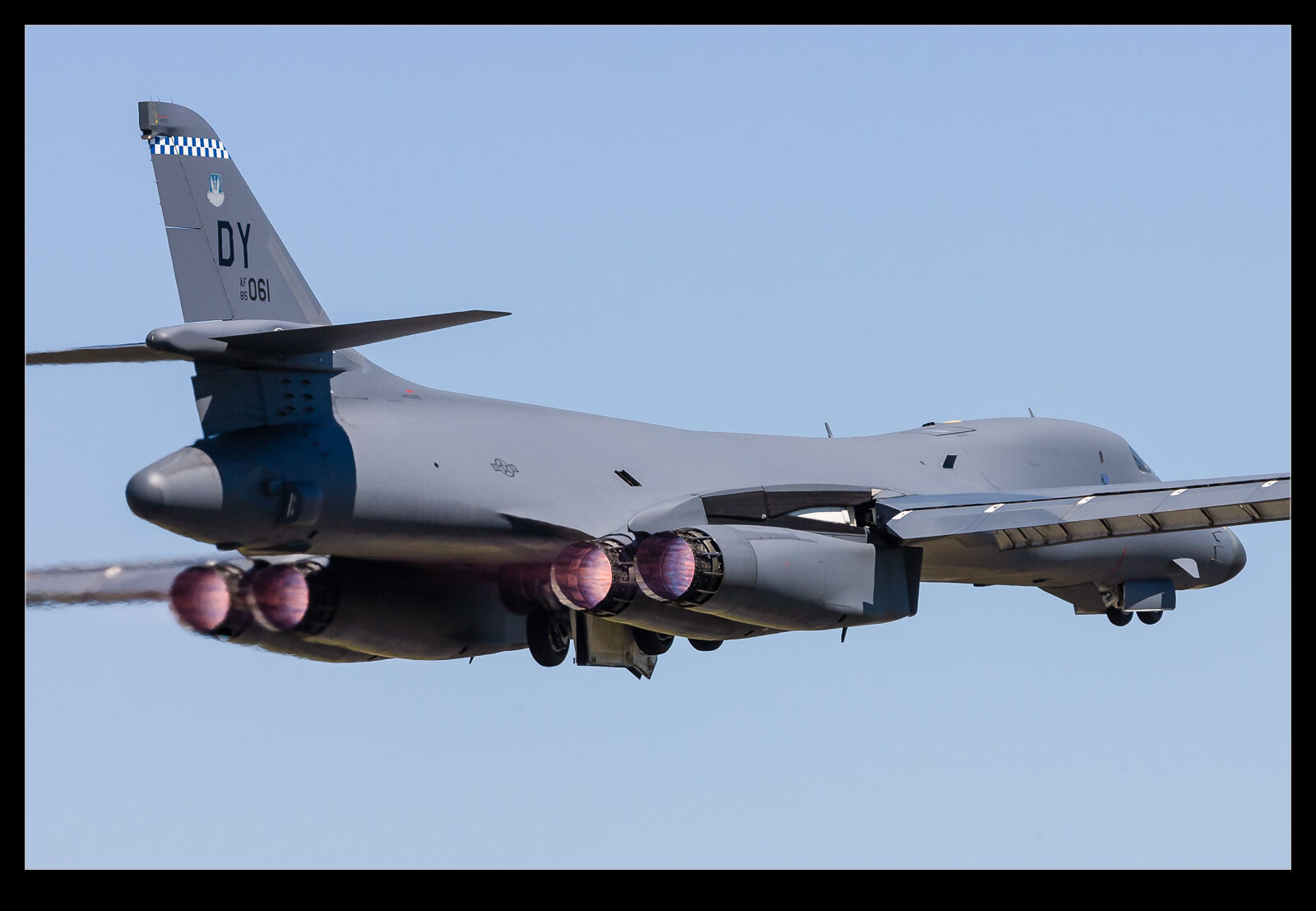 The B-1B Lancer (or Bone to almost everyone who cares) is an impressive piece of hardware.  It might have some performance limitations resulting from the redesign it underwent from the original canceled B-1A to the B-1B – changes that might not look that obvious but run quite deep – but it is still a very capable jet.  The blended airframe shaping really appeals to an aero guy like me while the swing wing is now a concept that is disappearing as other types retire so it is becoming the last of the line.  Add to that four afterburning engines and you get something that makes an impression.

It used to be a regular performer at air shows but these days you don’t see them as much.  However, it can still turn heads when it makes fast passes and plugs in the burners.  A bit of vapor can also be pulled as they get the speed and load on.  Seeing them launch from close to the runway is always worthwhile.  They are such an imposing jet.  Sadly, their limitations and the cost of supporting them will probably mean they get retired long before the B-52s that they were once considered to replace.  Here are some shots of my Bone encounters. 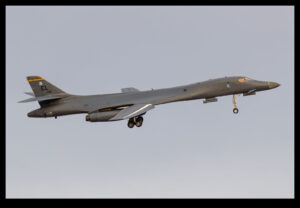 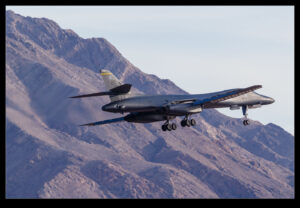 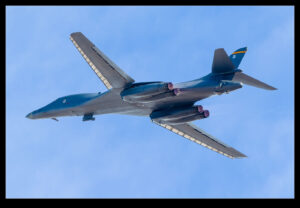 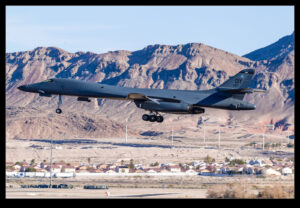 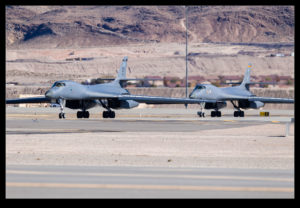 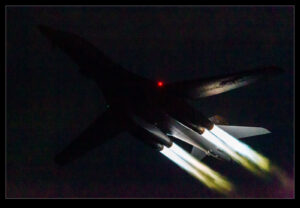 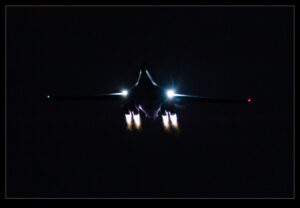 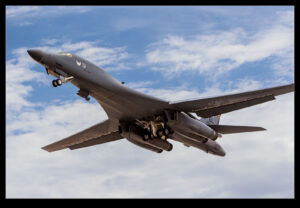 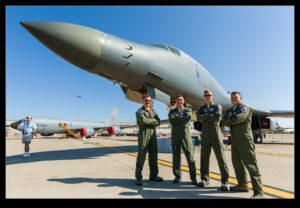 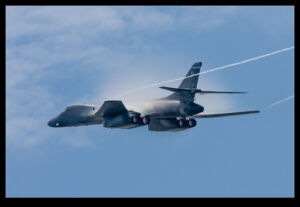 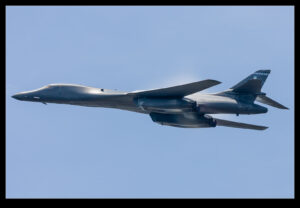 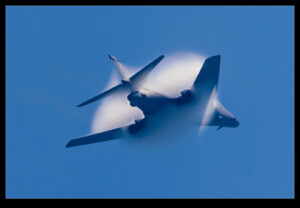 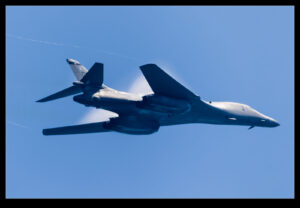 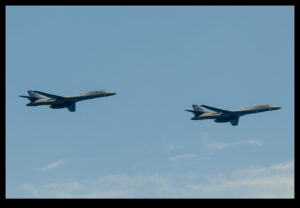 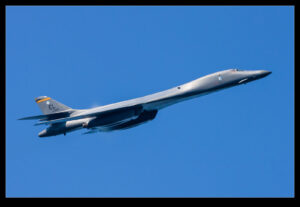 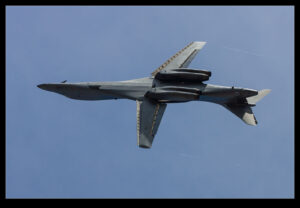 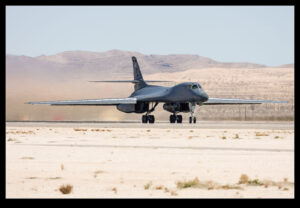 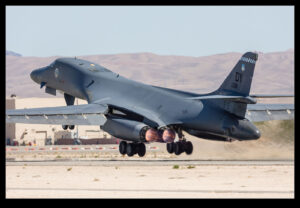 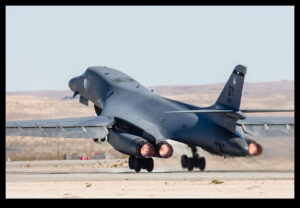 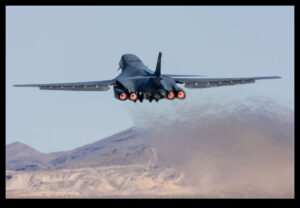 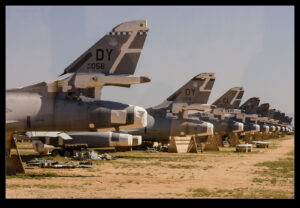 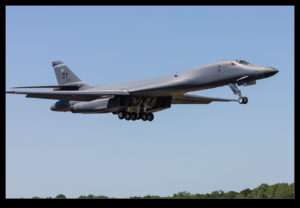 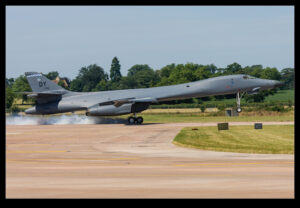 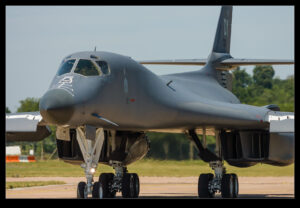 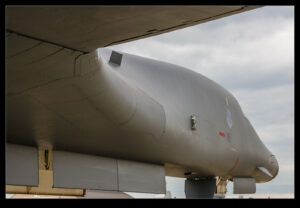 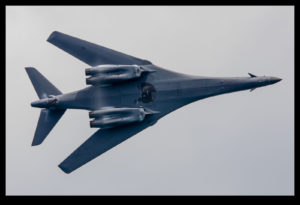