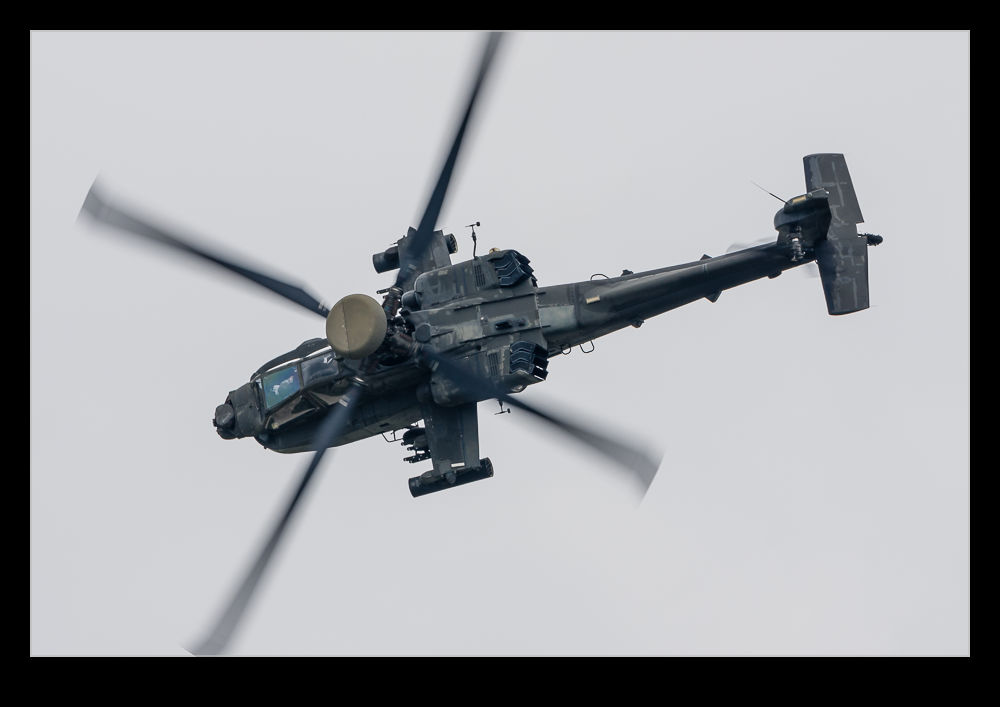 One display at Dayton that I liked was the US Army Apache display. I have seen a few displays by Apaches over the years but they are not a regular feature of shows. The Apache is an impressive looking machine and given its nature, it can be kept close in front of the crowd to make a display that never loses your interest. Service pilots don’t tend to put the machine through as aggressive a flight demo as a company pilot might when trying to sell it. However, they do still show it off well. 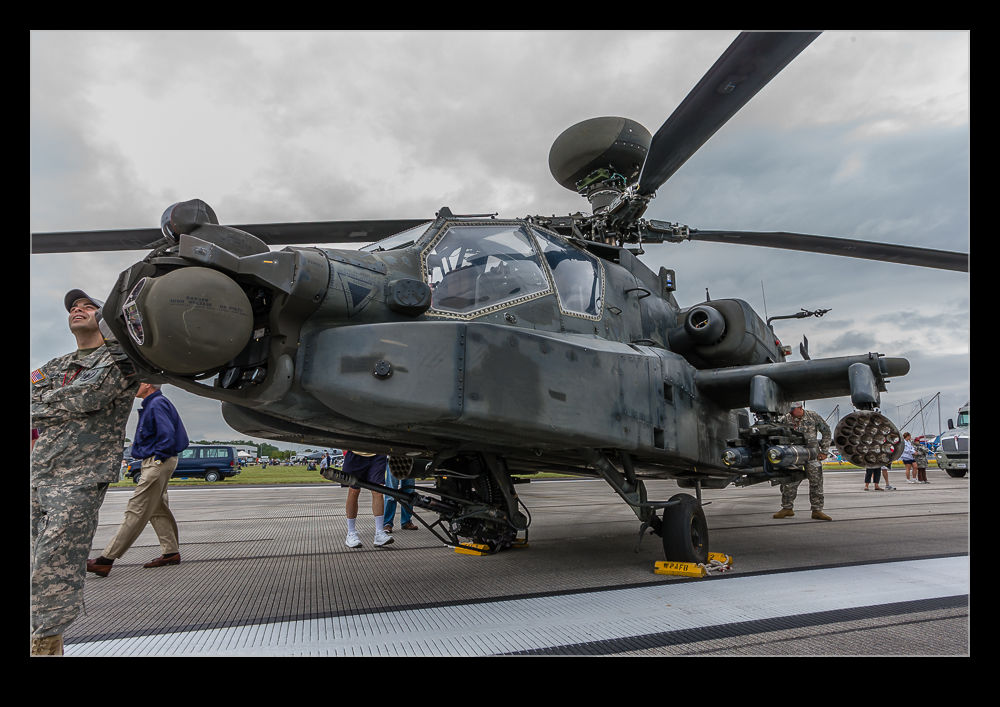 The subdued finish on the Apache makes for a harder time getting shots on overcast days. However, it does take away the problem of harsh shadows on an already dark airframe. The subtlety of the different greens on the airframe are hard to show in some cases but here they do actually become apparent.