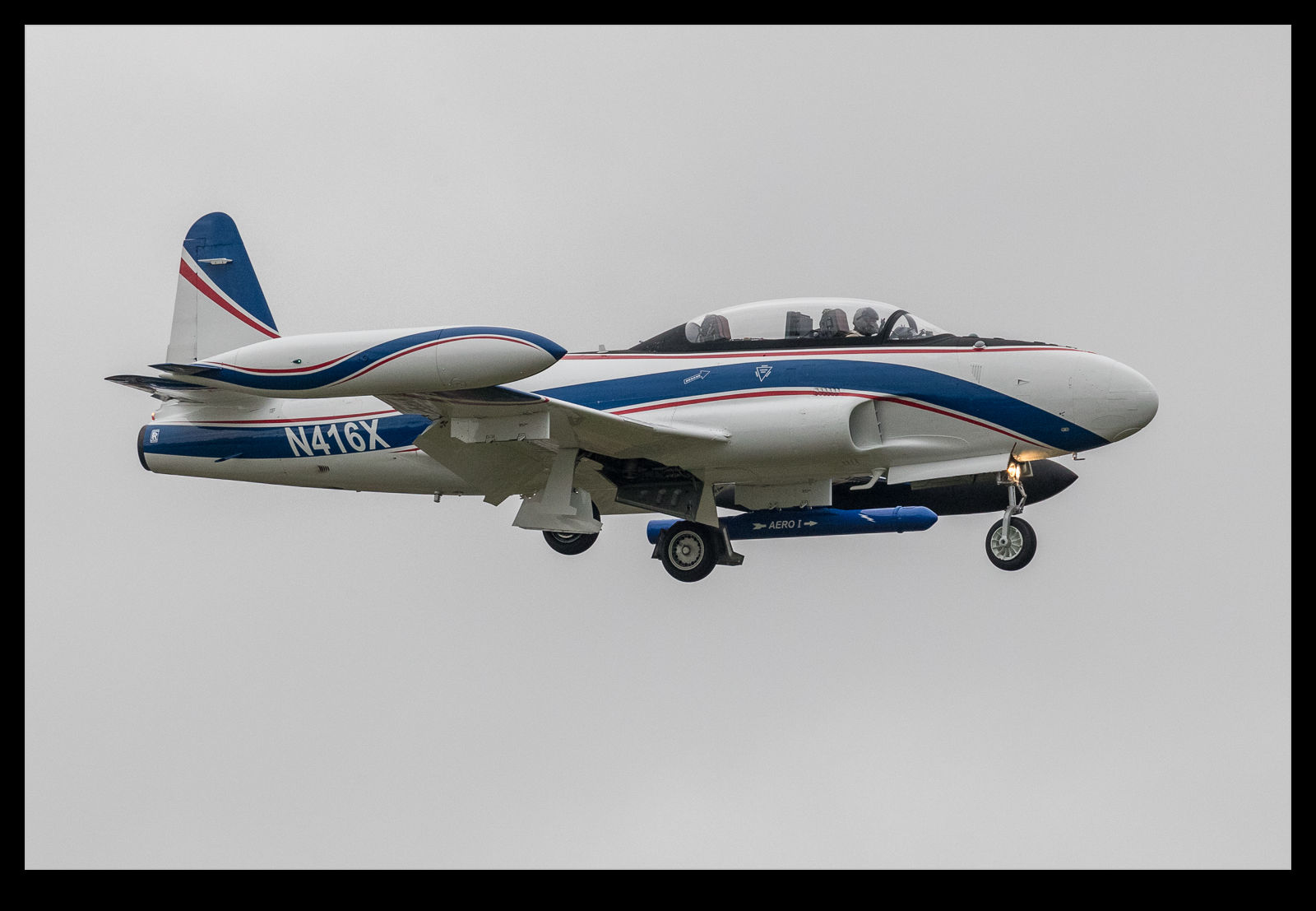 A previous post talked about wanting to get the Boeing T-33s after having seen one of them flying over my office.  I saw that two T-33s were actually operating out of St Louis.  They appeared to be operating with the Catfish 757 testbed.  A couple of days later I happened to see that the two jets were operating cross country, presumably en route back from St Louis to Seattle.  Sure enough, that was what they were doing. 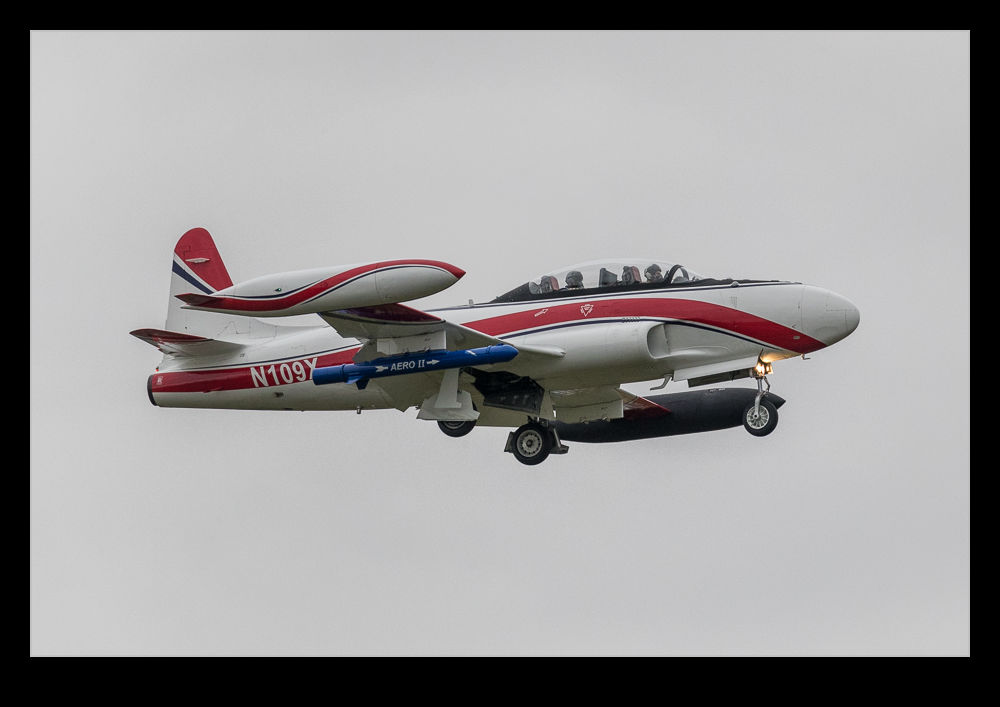 I was able to get to Boeing Field when they were completing the return journey.  The tow jets were operating about ten minutes apart.  The weather wasn’t great, unfortunately.  There had been some nice sun a little earlier but, by the time they arrived, the clouds had rolled in.  Even so, it was good to catch both jets.  One of them was operating solo but the other had someone in the backseat who seemed to spot me and watched me most of the way down the approach. 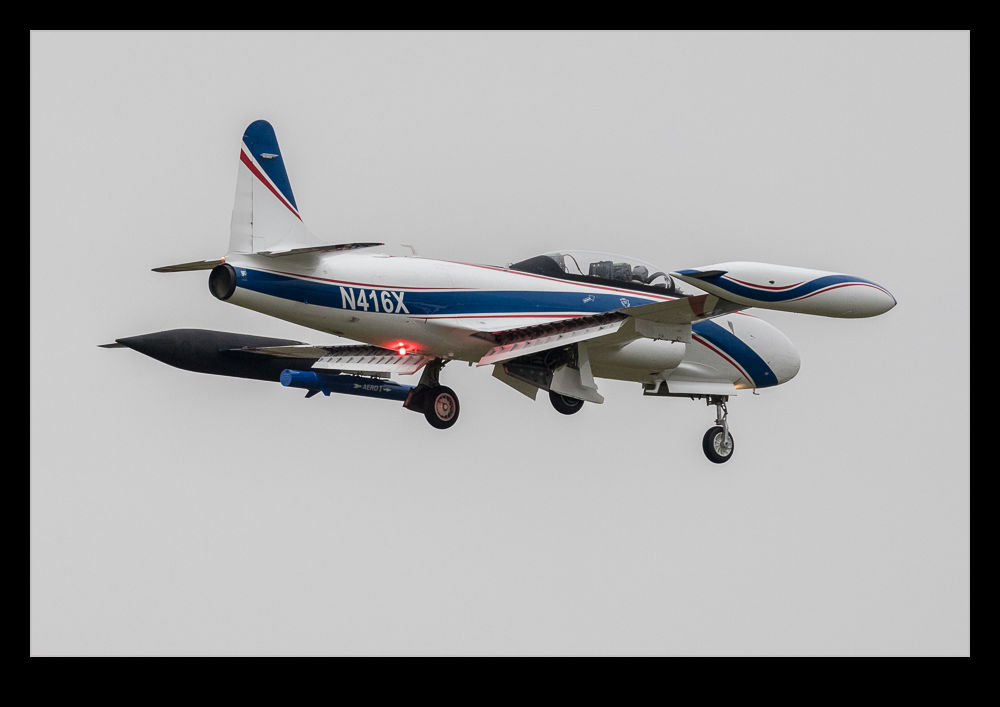