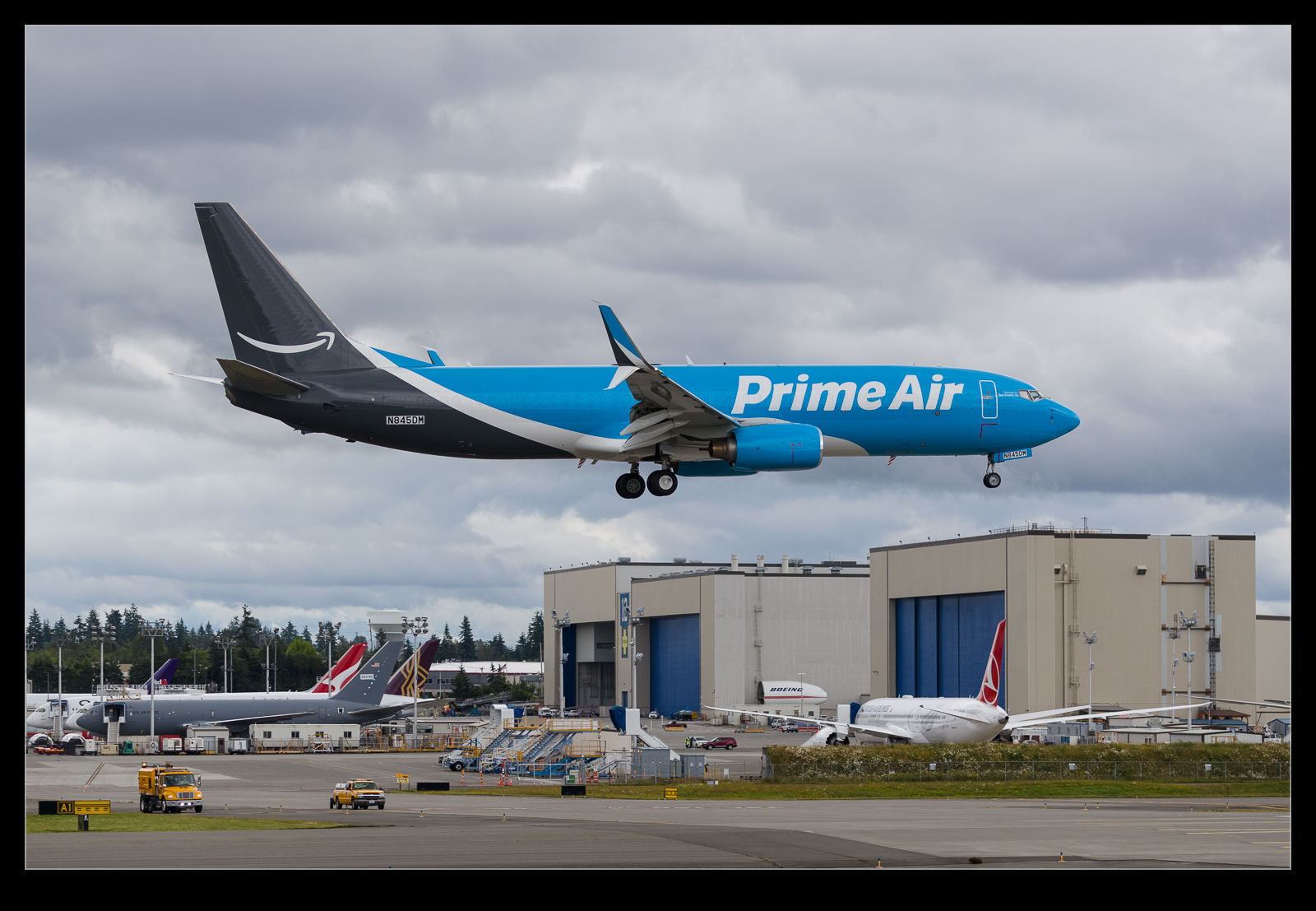 In this recent post, I showed a shot of an Amazon Prime Air 737.  With a bit more notice and better timing from an availability point of view, I saw that another jet was coming in to Paine Field from Anchorage.  It was being delivered from the conversion line in China and would have the finishing touches taken care of by ATS at Everett.  I was there and set up in plenty of time – except… I had one camera ready to go but the other one had been previously used for some video at home and was on manual focus.  I was shooting with the 500mm initially and all was well.  As the jet got closer, I switched to the 100-400 and everything was wrong.  Nothing would focus.  It seemed like forever but I must have realized fast and flicked the focus switch because I was able to shoot it as it came level with me and crossed the threshold.  What an amateur mistake.  Fortunately, I got away with it! 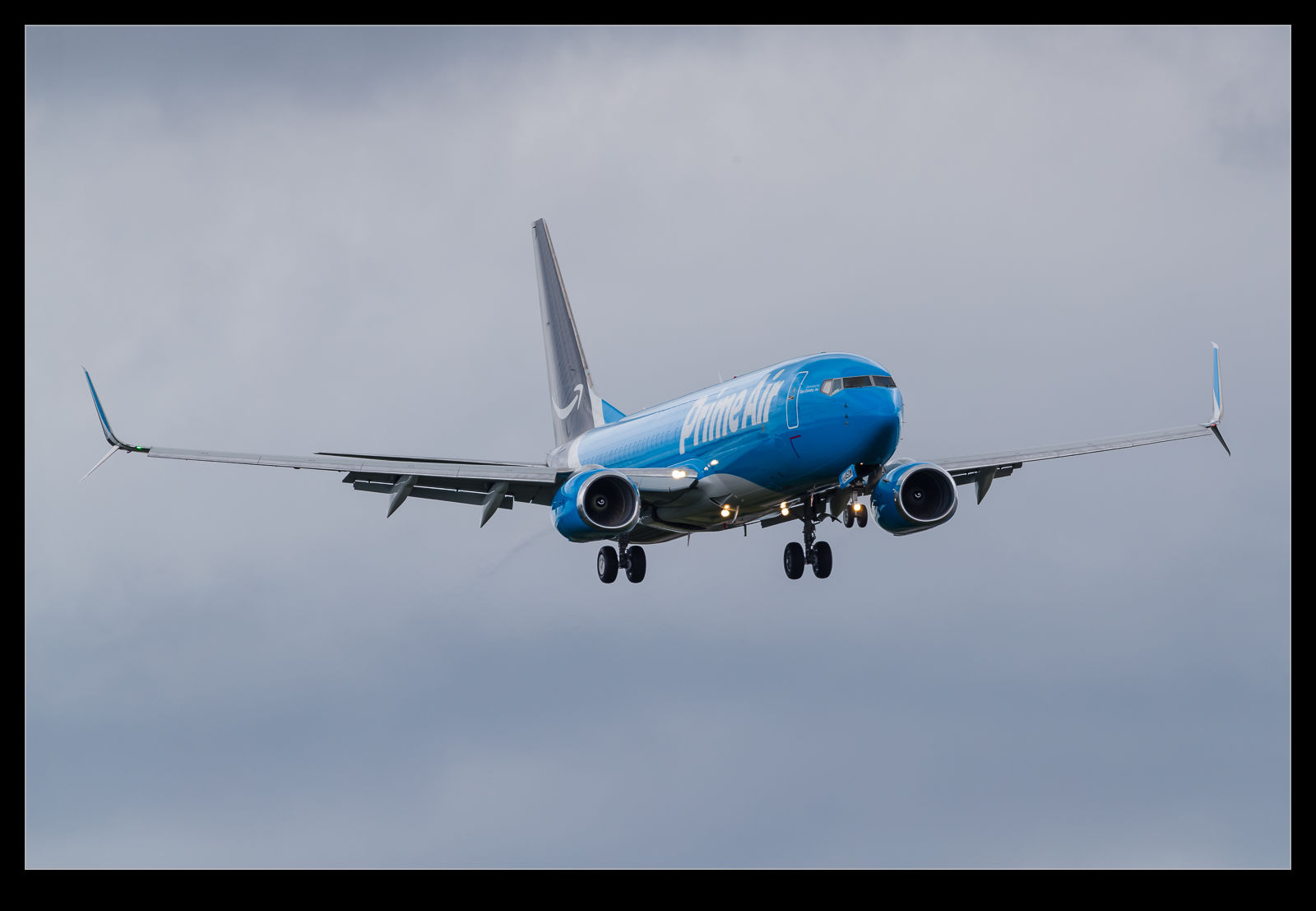 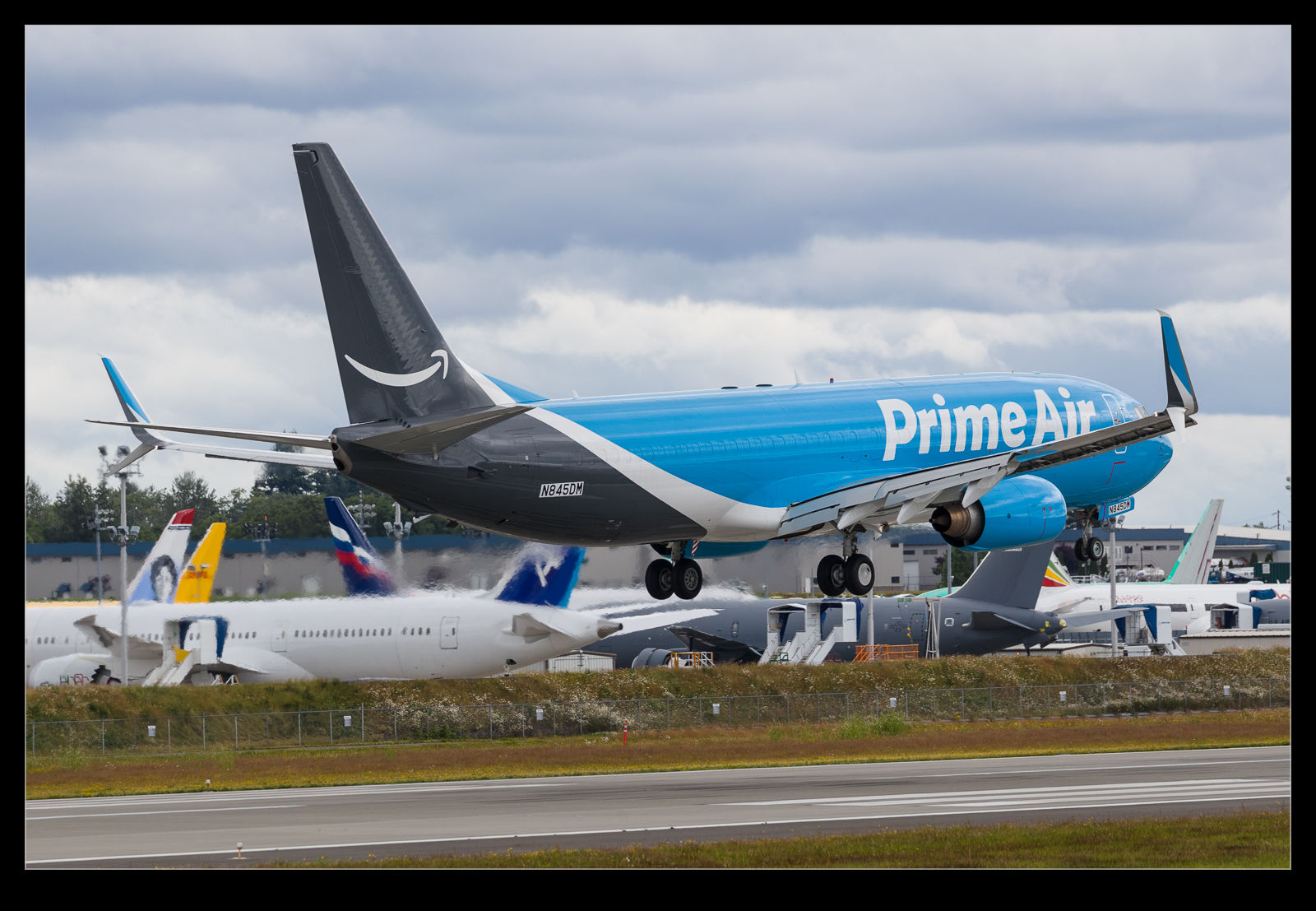