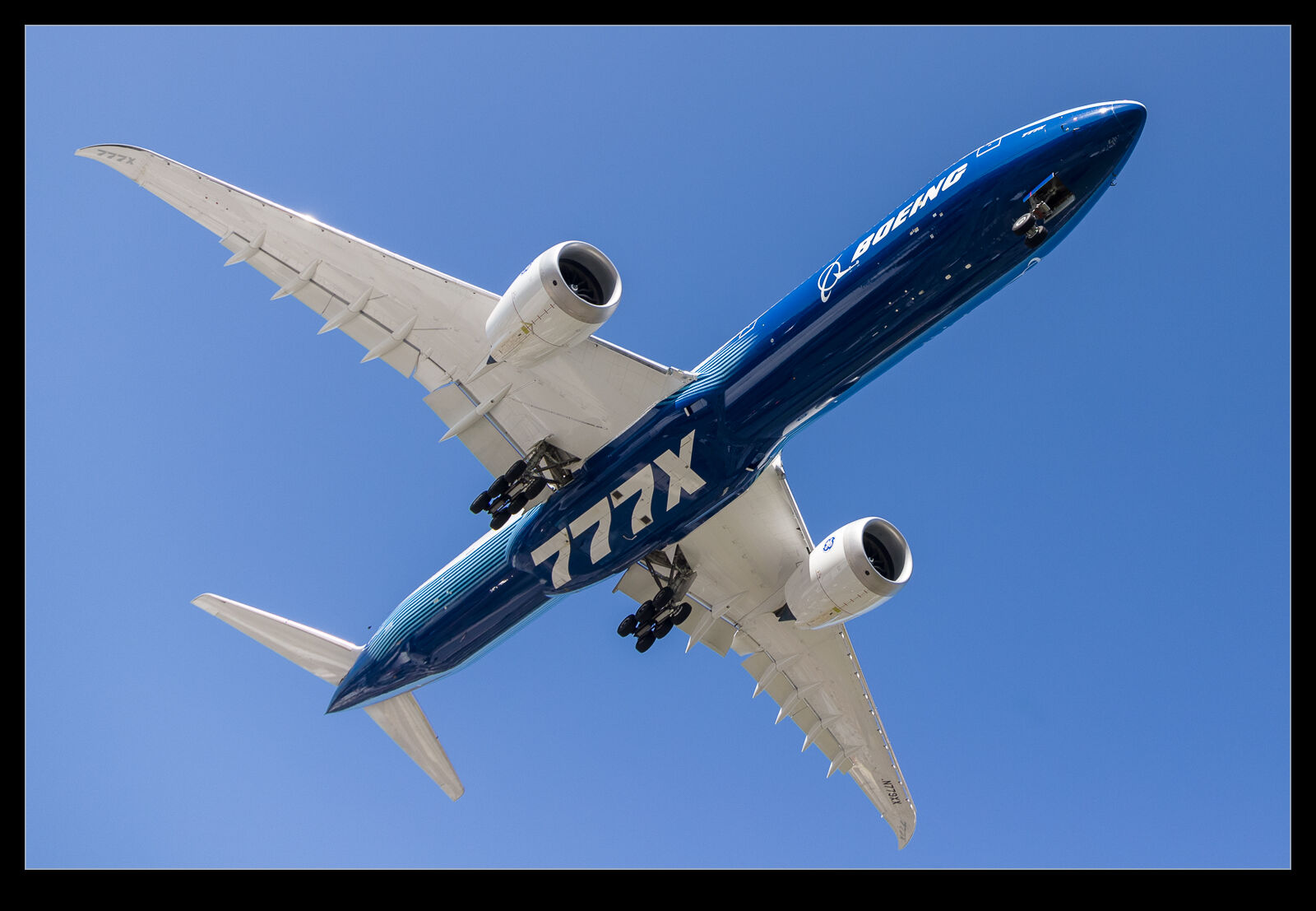 Having shot the 777X test aircraft a bunch of times, I was looking for something a little different.  I figured I could head out to the north end of Boeing Field and be under the jet as it was on short final.  I shot something similar at LAX a number of years ago and liked the results so decided to have a go.  This was not as simple as I had hoped for.  First, the plane is out of sight for most of the approach with buildings and power lines in the way. 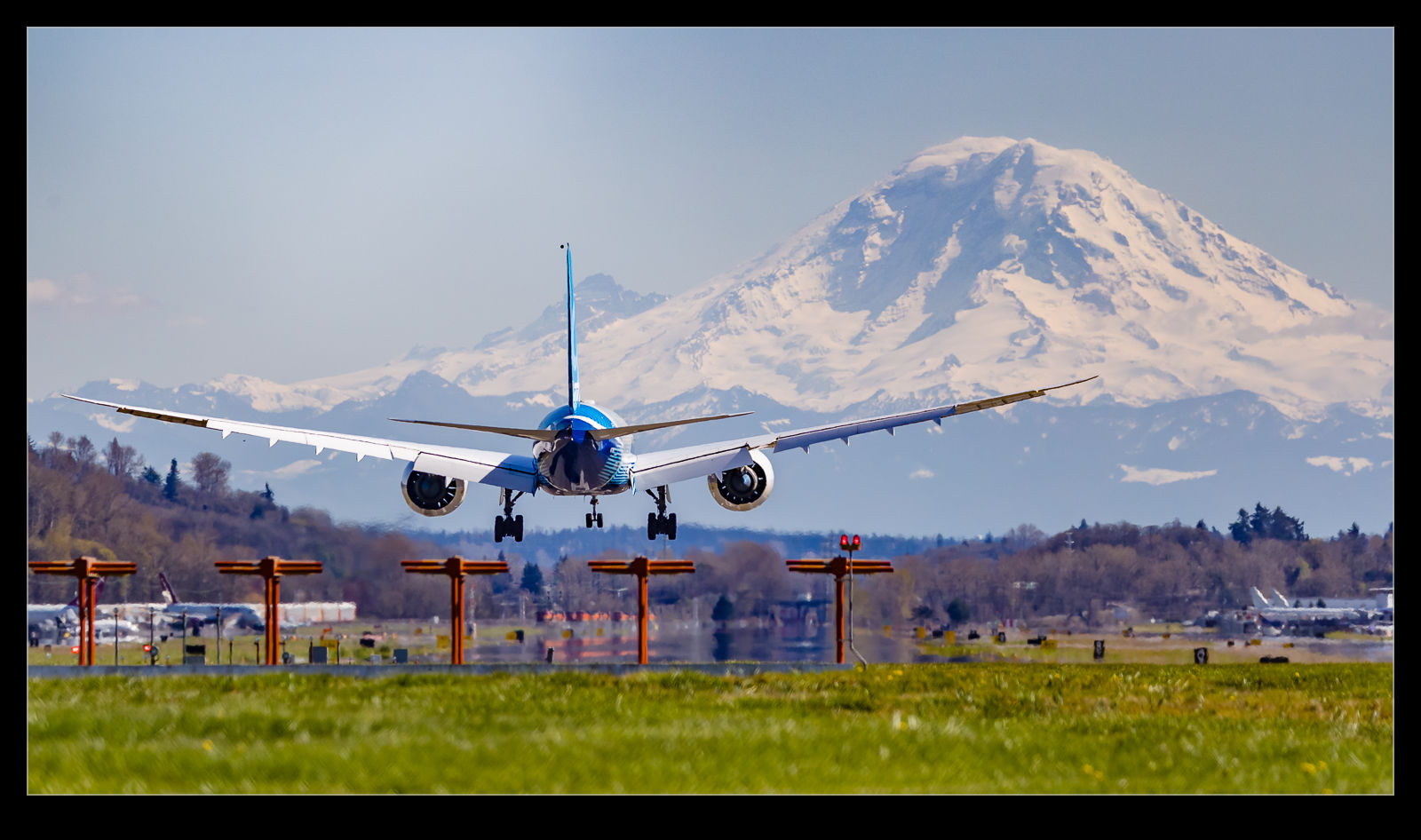 Second, I didn’t have lots of big jets to pay with.  It was my first opportunity so I didn’t have time to get the hang of it.  As it was, I didn’t do as good a job as I would have liked.  I was shooting with a wide lens and tracking the airframe to fill the frame was trickier than expected.  In the early shots, it was too far to one side of the frame and I ended up with the nose closer to the middle than ideal with the result that many shots lack a back end of the airframe.  I will try it again with these issues in mind and I shall skip the long lens shots first.  Making a quick switch meant I was not as well prepared as I could have been.  I did grab a shot through the fence of the jet heading for touchdown with Mt Rainier in the background too.