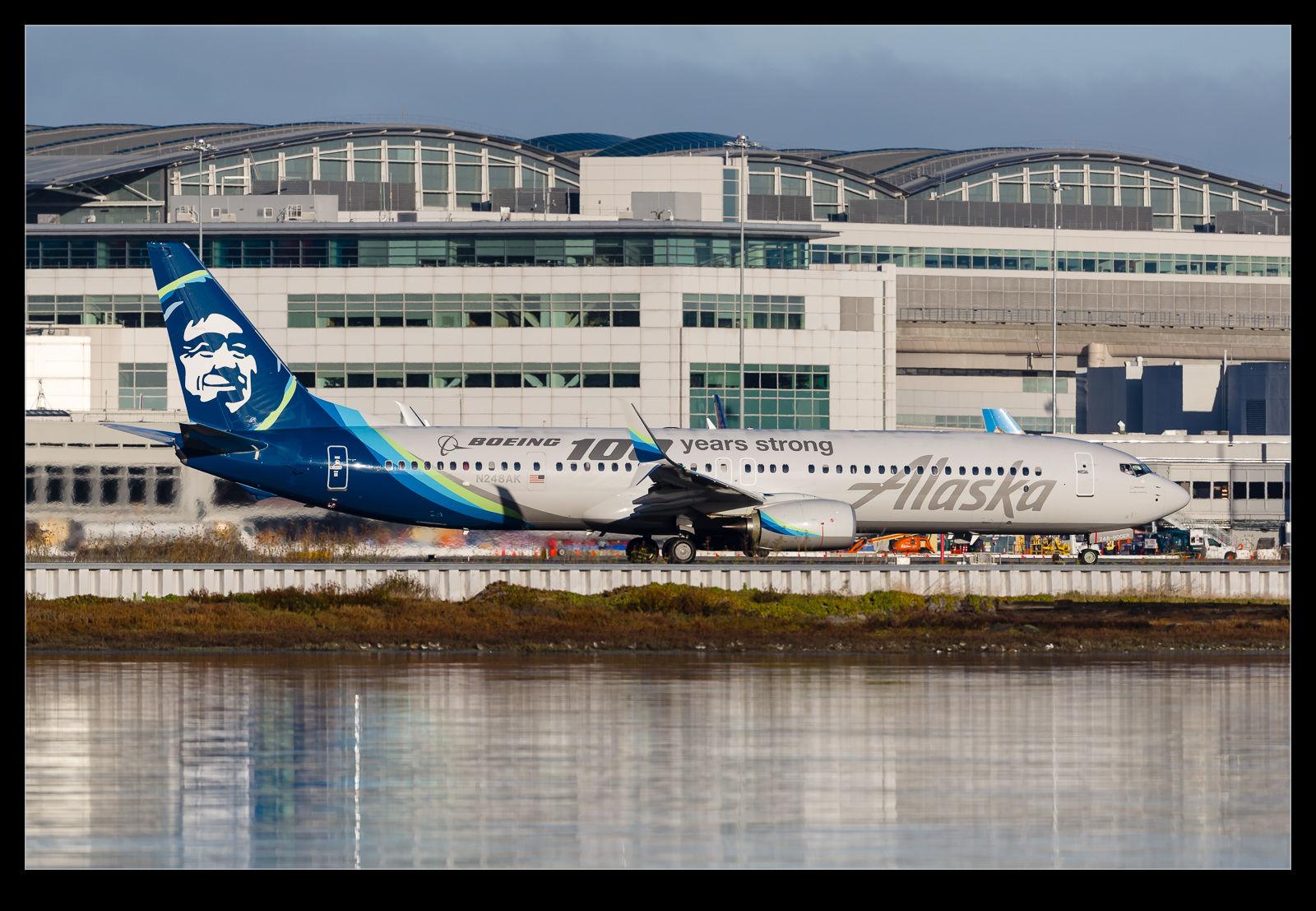 Alaska Airlines makes a big deal about being an “All Boeing” airline (which I assume does not count the Horizon Q400s and the Skywest Embraers).  With Boeing celebrating their 100th anniversary, Alaska put some special markings on one of their jets.  I was wondering where this jet was operating so I could shoot it but I lost track of it for a while.  Then, imagine my surprise when it happened to be at SFO when I was there for something else.  It lined up for departure early in the day when the light was best.  Thanks Alaska! 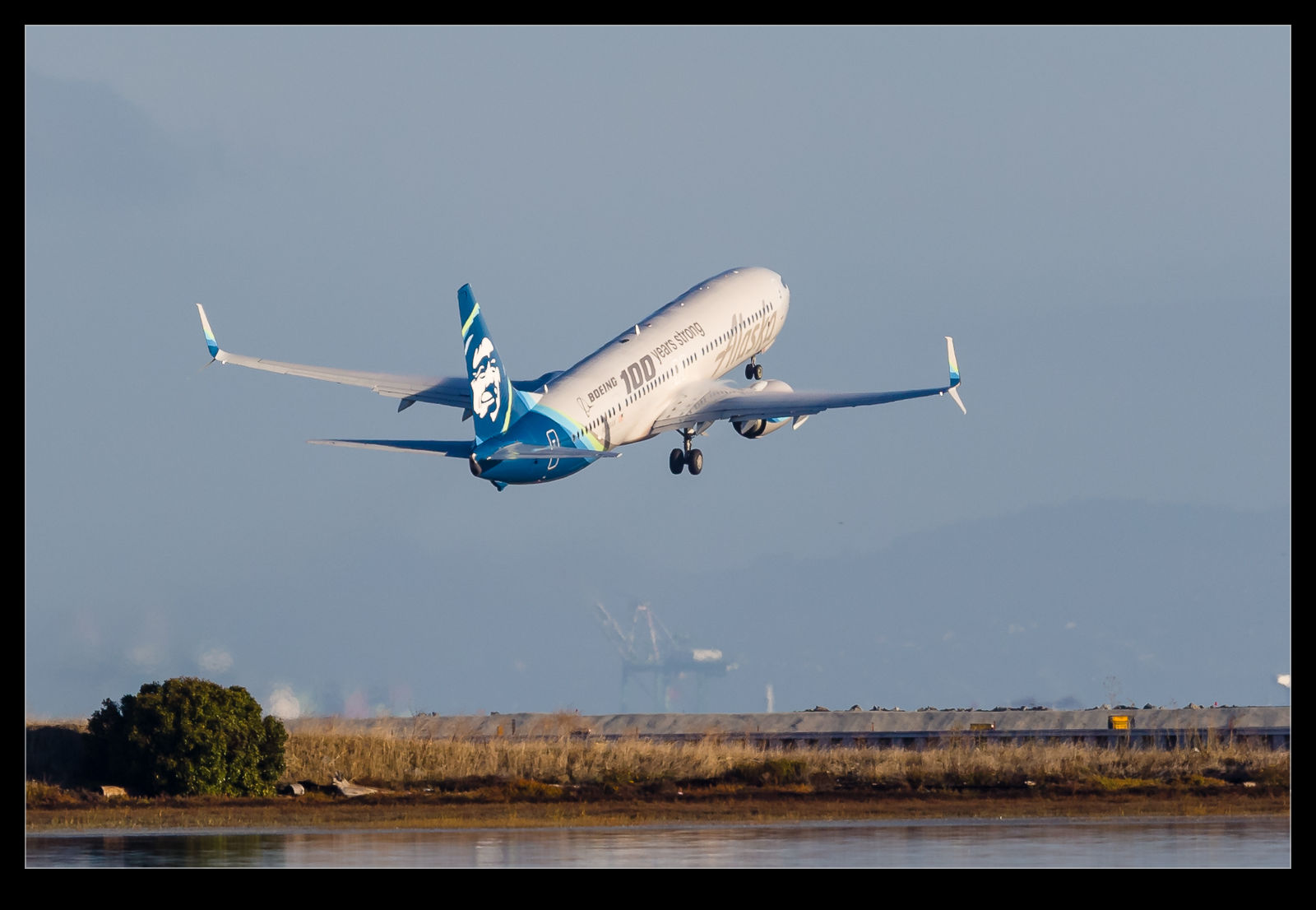