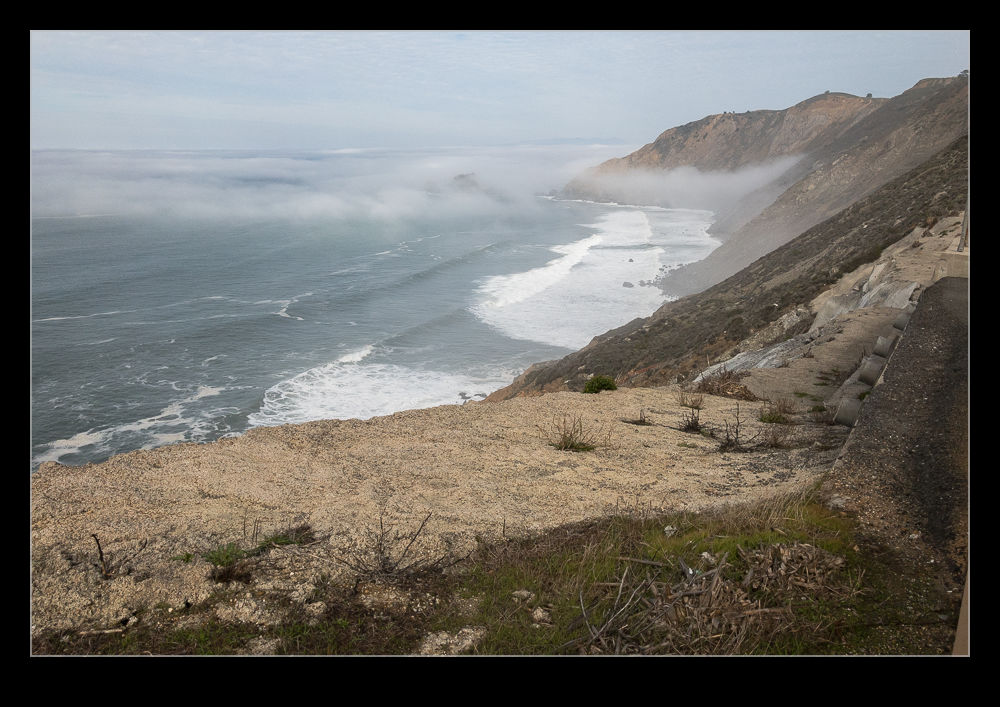 When my mum was visiting, I thought it would be a good idea to take her to Devil’s Slide to walk along the coastal trail.  We drove out there and, coming across the bay we went into some pretty thick fog.  I was tempted to bail on the plan at that point but we decided to keep going and see how things were.  Even as we were on Highway 1, it was still foggy.  It really didn’t look like a good idea at all.  The best bet for turning around was at the parking for the trail so we went there anyway.  It still looked bad but we got out and decided to take a look.  The sun felt like it was trying to poke through the overcast so we took a chance. 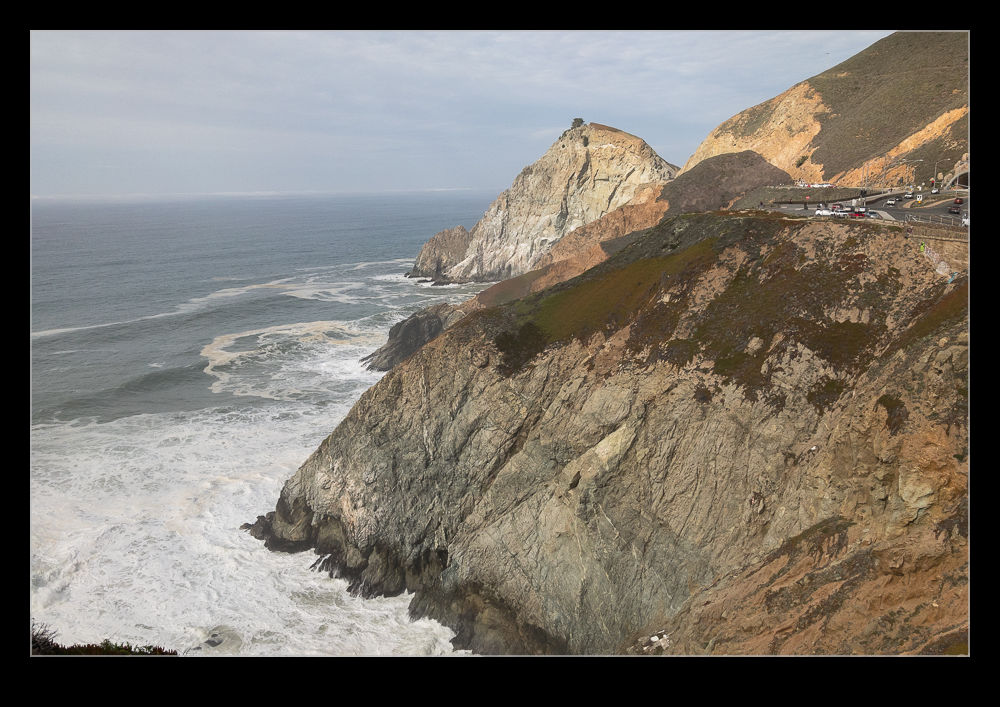 Turns out we were lucky.  As we walked along the trail, the sun was burning through and the view was opening up beneath us.  There was still a lot of cloud around but it seemed to be receding from us as we walked.  Equally importantly, the conditions meant there was little wind unlike my previous visit when I felt like I could get blown off my feet at some times. 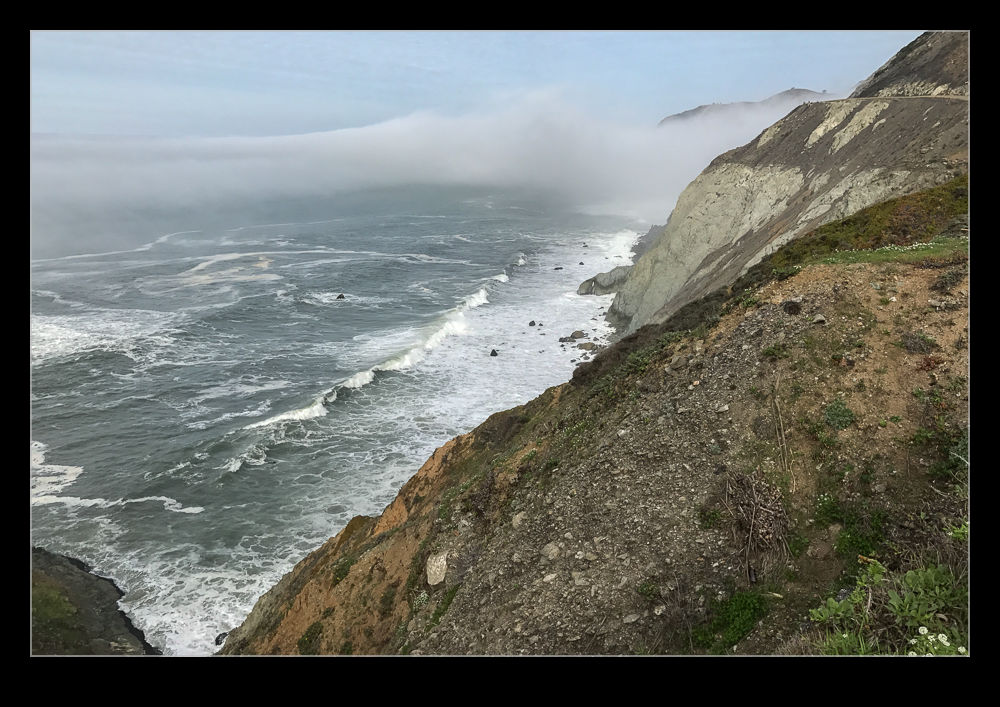 We walked most of the trail and then headed back.  It was a great time to be up there and the waves crashing below us looked great.  The whole time, I was only shooting with my phone.  I hadn’t anticipated the walk working out so I had left the main camera in the car while we checked things out.  Instead, we kept going.  I was shooting in RAW for the first time on the phone and that will get a post of its own in due course.  It turned out our timing was really good.  Once we were back and driving up the coast, the cloud started to drift back in again.  I think we got rather lucky.