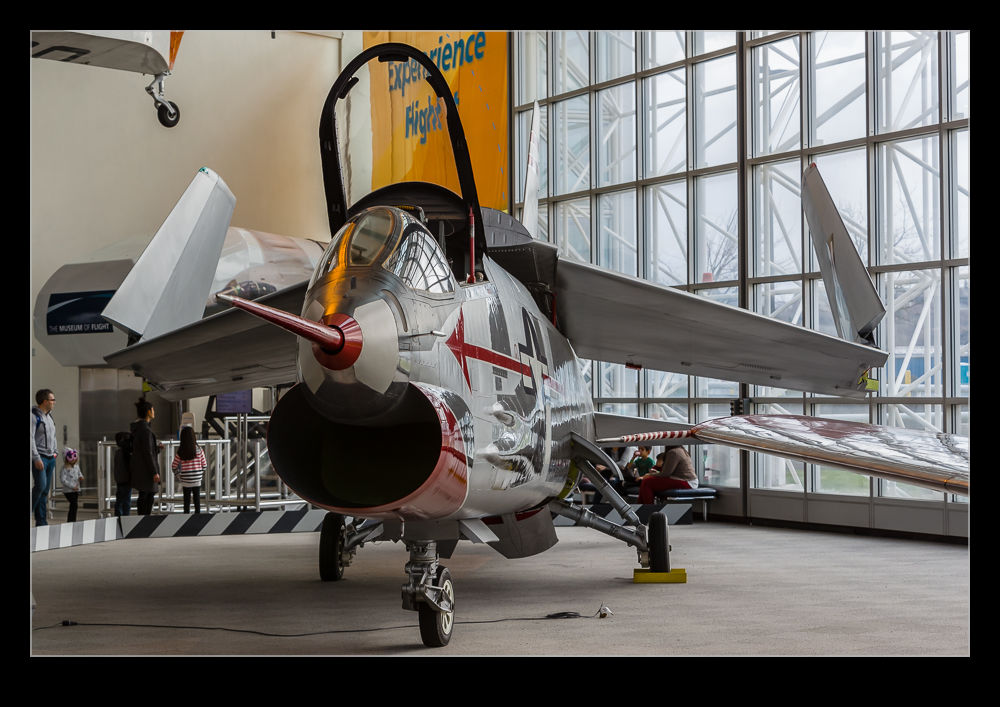 I certainly won’t stand out from the crowd by claiming that I am a bit of a fan of the F-8 Crusader.  Plenty of people think it is a cracking jet.  I didn’t get to see many of them.  French Navy jets were still in service and, while the RF-8s were in use with the Navy at the beginning of my interest in aviation, I don’t think I ever saw in in service example.  Doesn’t stop me liking them though.  The Museum of Flight has the prototype jet in their collection.  Prior to the unification of the type identifiers between the services, it was known as the XF8U-1. 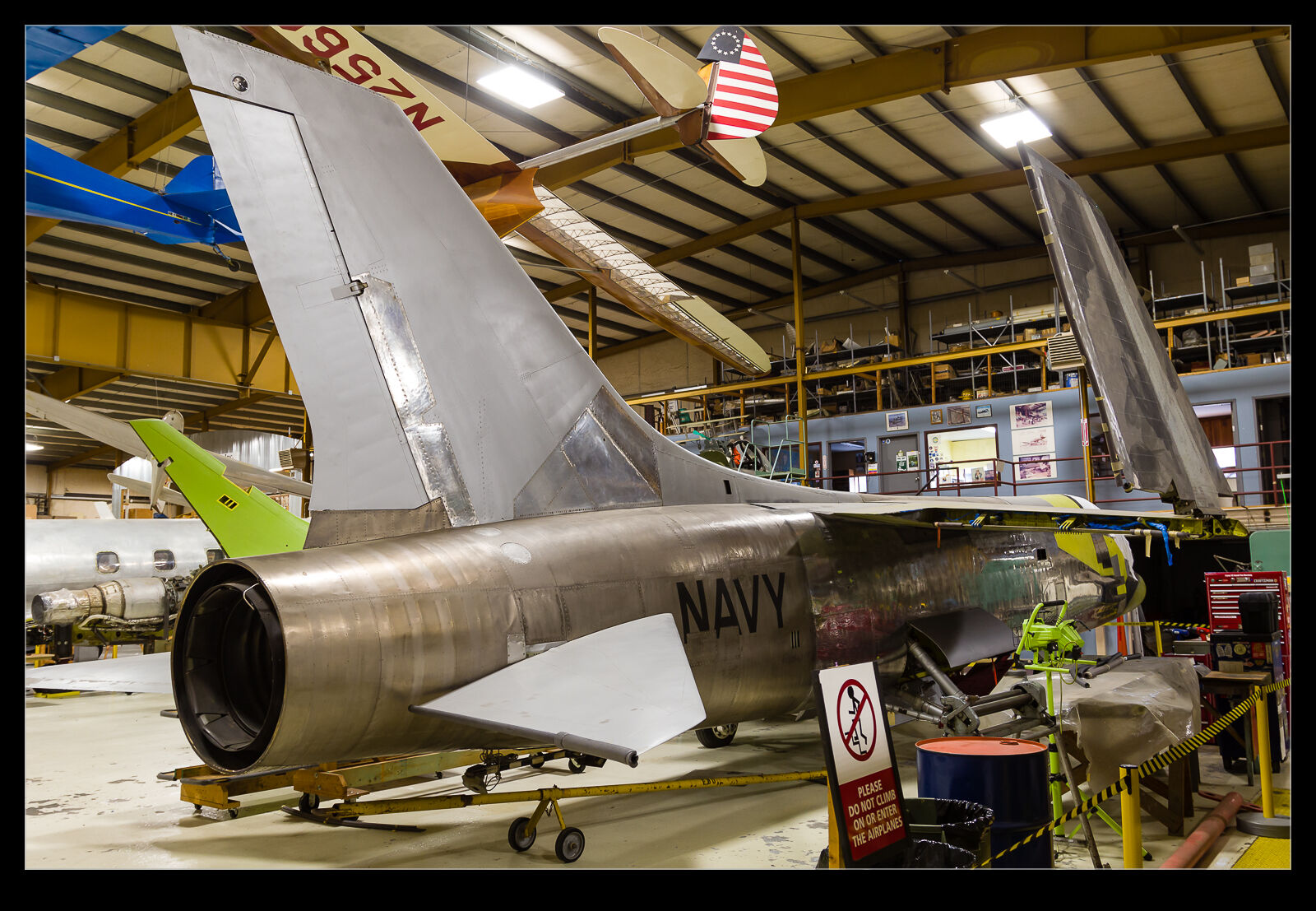 I first saw it while it was undergoing restoration at the museum’s facility at Paine Field.  My first visit there was when it was free.  You could just show up and wander around.  Now you have to pay to get in but it is still a good visit to make.  Restoration is when things are a lot less glamorous but you do see the work underway to makes things look great. 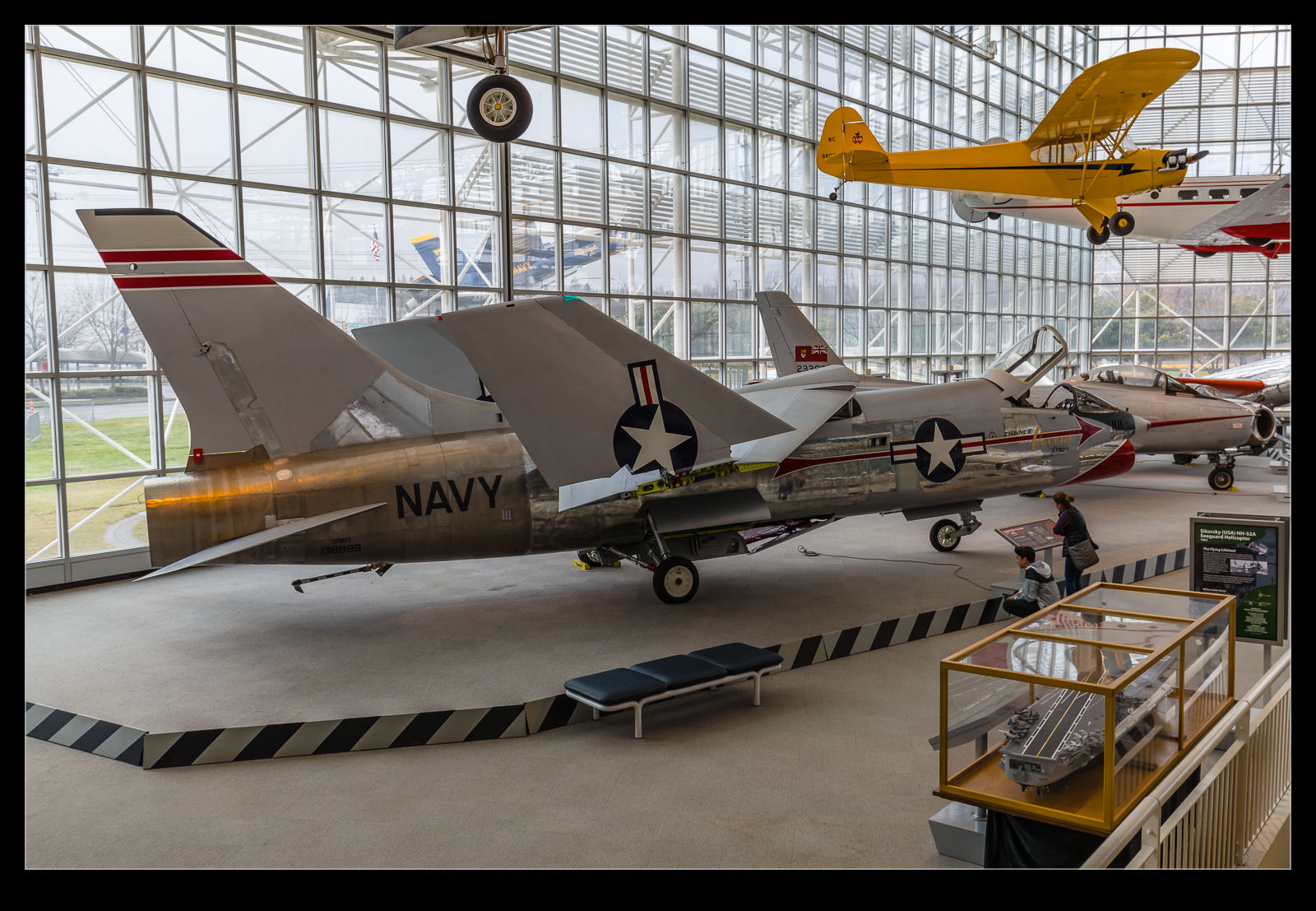 Now the jet has been moved to the main museum facility at Boeing Field.  It is polished to a fine finish and is complete with an air data boom.  The markings it carries appear to be authentic based on some original photos of the aircraft and, with its location close to the window, it does gleam nicely.  Oh to find someone with a lot of money and a desire to have one of these jets airworthy again.