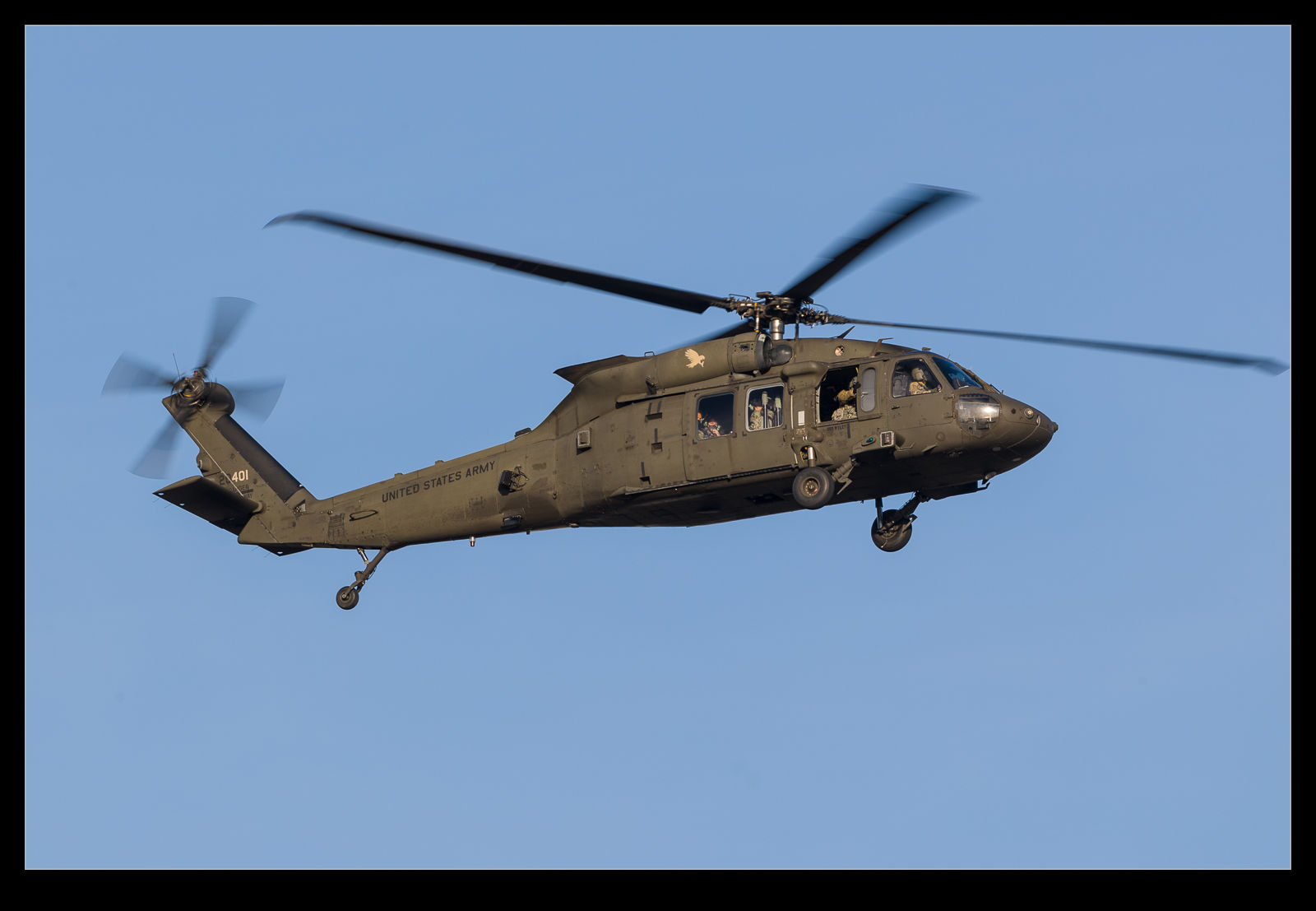 The evening departure of the C-32 was covered in this previous post.  I hinted then about the arrival of some of the passengers.  I’m not sure where they had been visiting but they returned Ina. Three ship of Black Hawks.  Some of those who had been around earlier in the day had seen the departure and apparently it followed the same process. 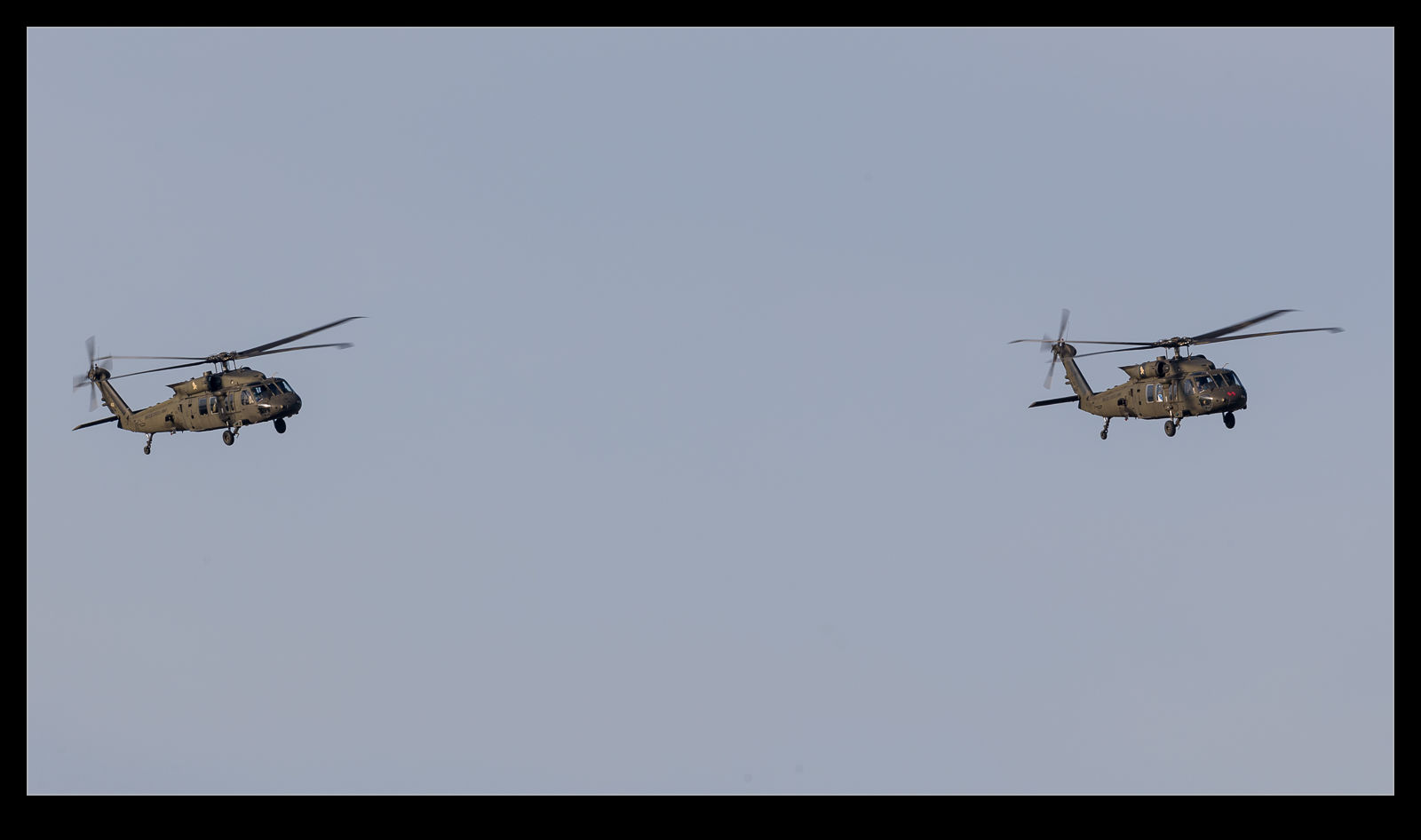 The three ship of Black Hawks flew downwind on the west side of the field having approached from the south.  They then turned to final in a stream, descending to a lower level and flying the length of the runway prior to setting down near the fire station and close to the awaiting C-32.  Since it was late in the day, the light on them was really nice once they were over the field (conversely, they were seriously backlit while downwind). 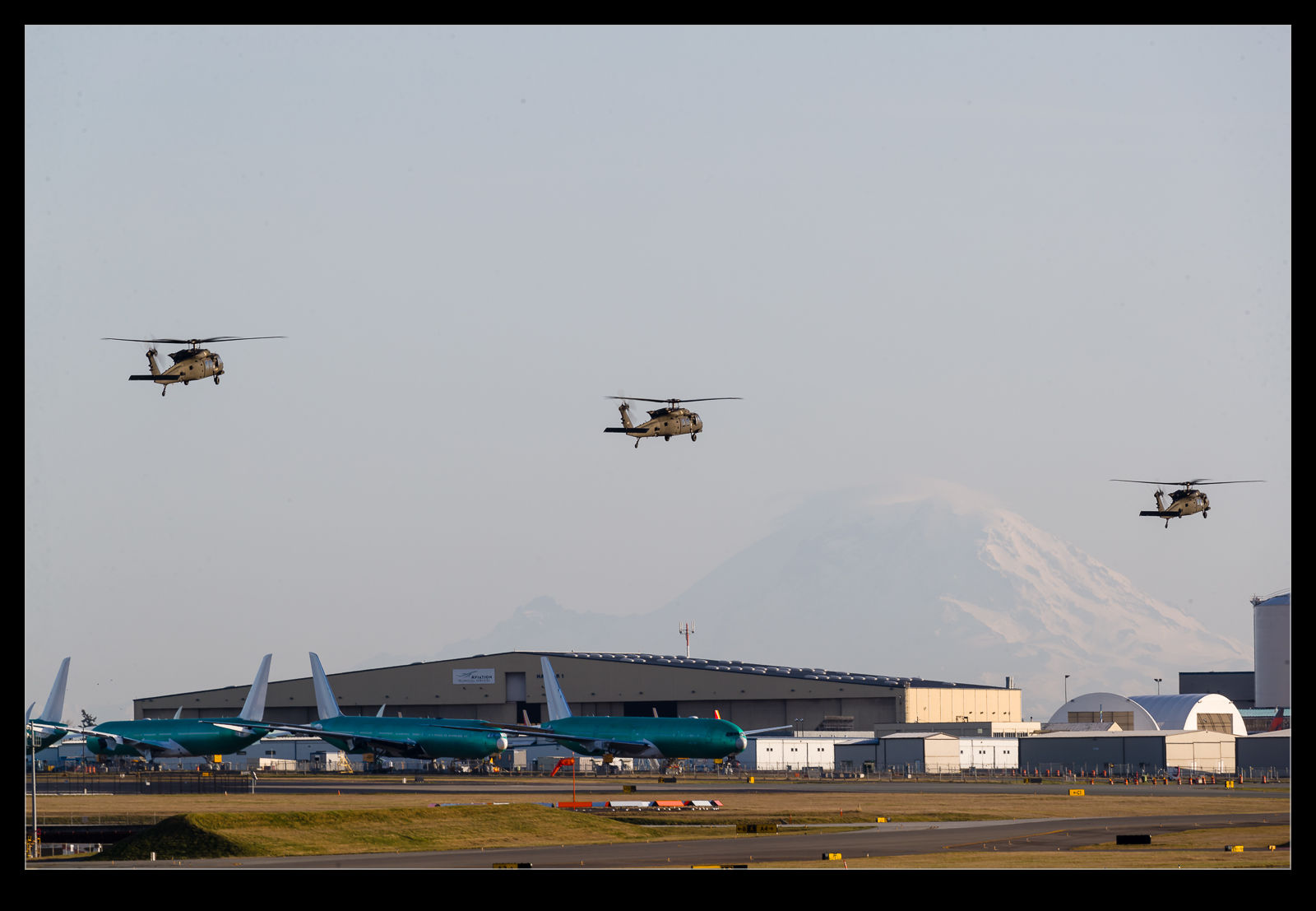 After dropping off their passengers, they pulled up and departed back to the south, presumably heading towards JBLM.  I haven’t seen any UH-60s for a while so this was a nice change from the norm.  It was also fun looking at the crew on board with the helmet and face masks as they looked back at us.  Hopefully they didn’t mind being photographed too much! 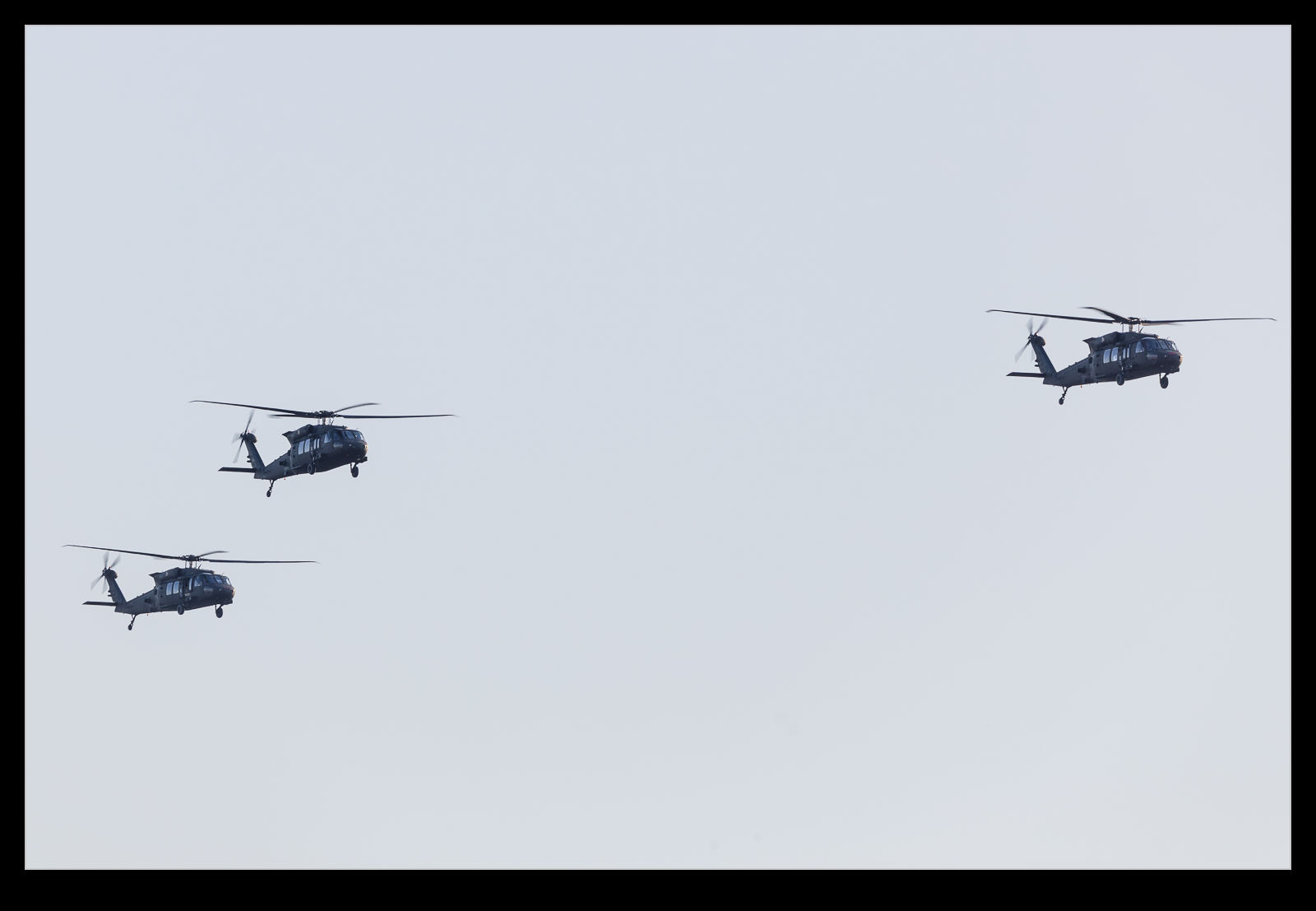