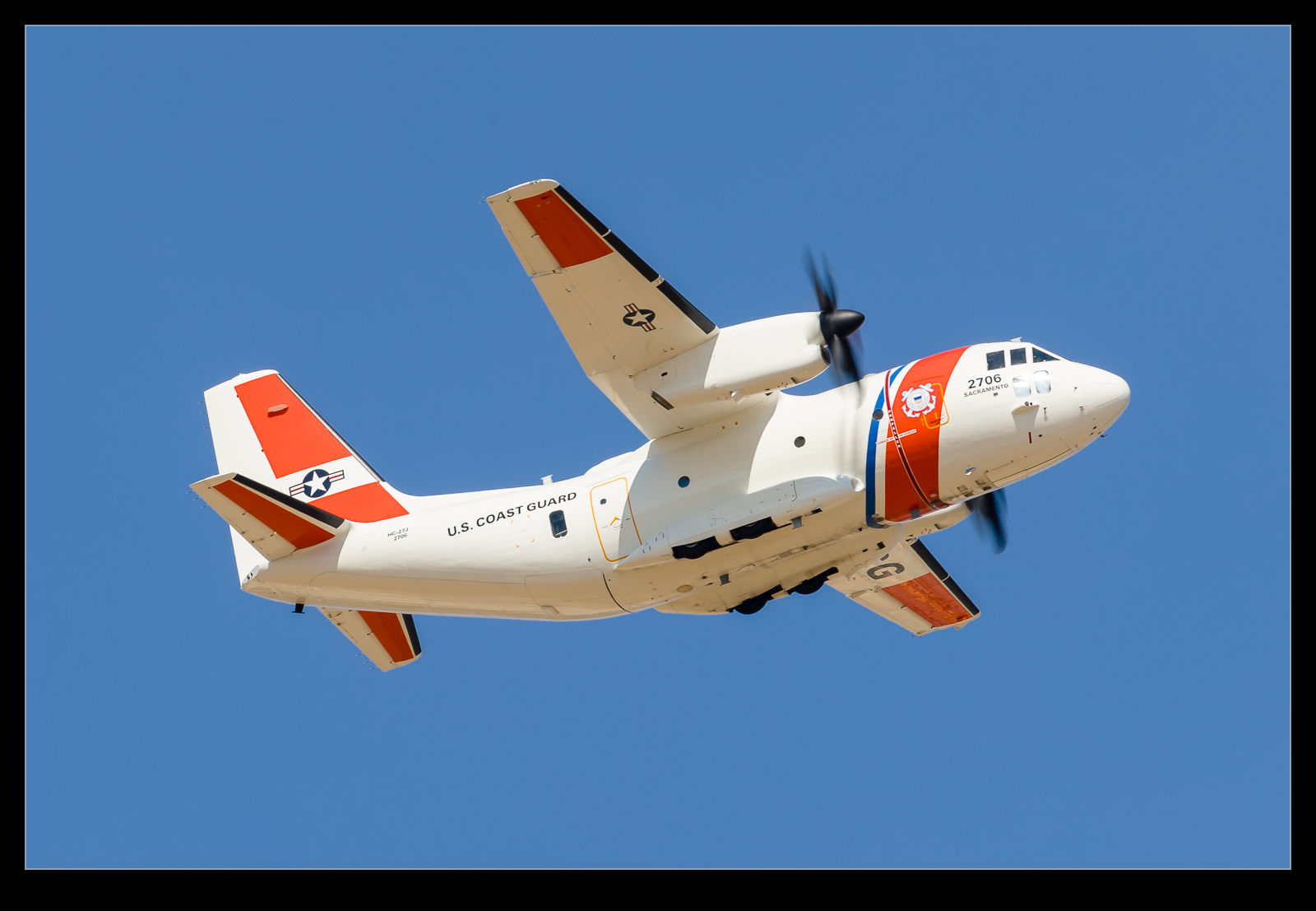 When I went up to McClellan for the firefighting conference, I got to see the HC-27J airframes that had been transferred to the Coast Guard.  They will replace the C-130 airframes that they have been using.   I posted about that airframe in this post.  I was recently staying back up in the area so decided to see what was happening at the field.  The Coast Guard has now started repainting the airframes so now they are showing up in their own colors rather than being in the grayness which they were transferred.  There was also a C-130 parked up.  It didn’t look too active.  I assume it will be heading off for firefighting conversion soon. 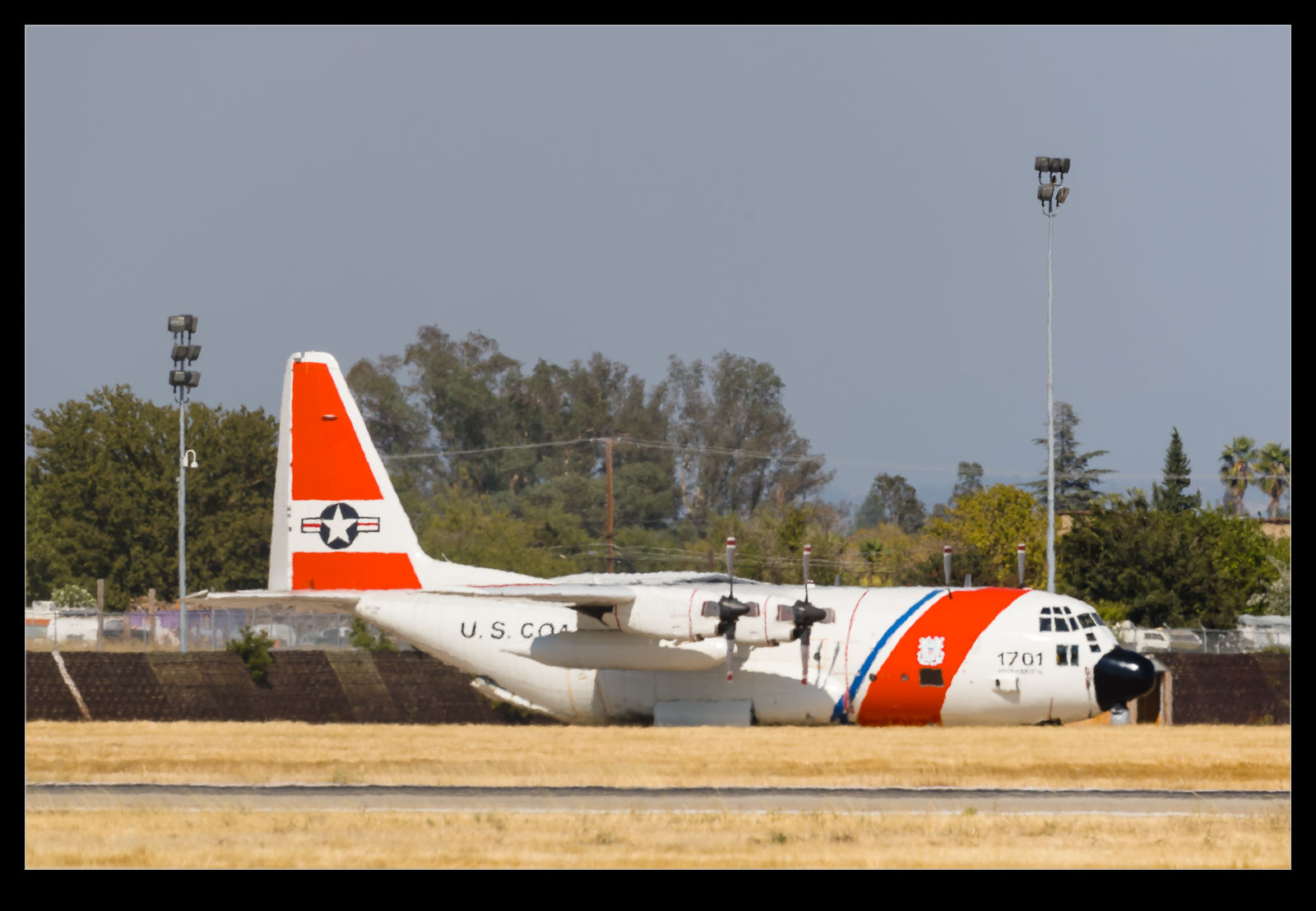 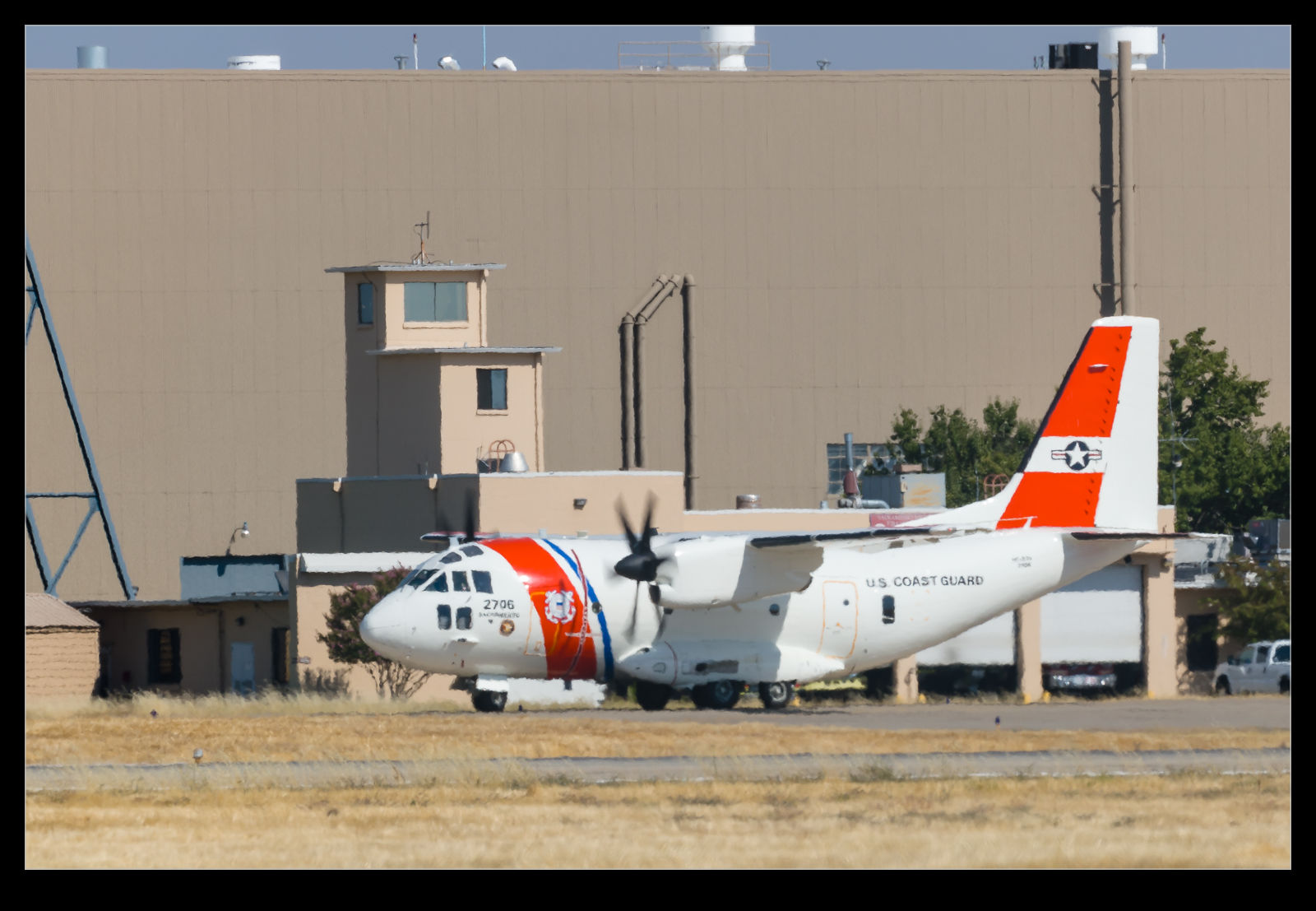