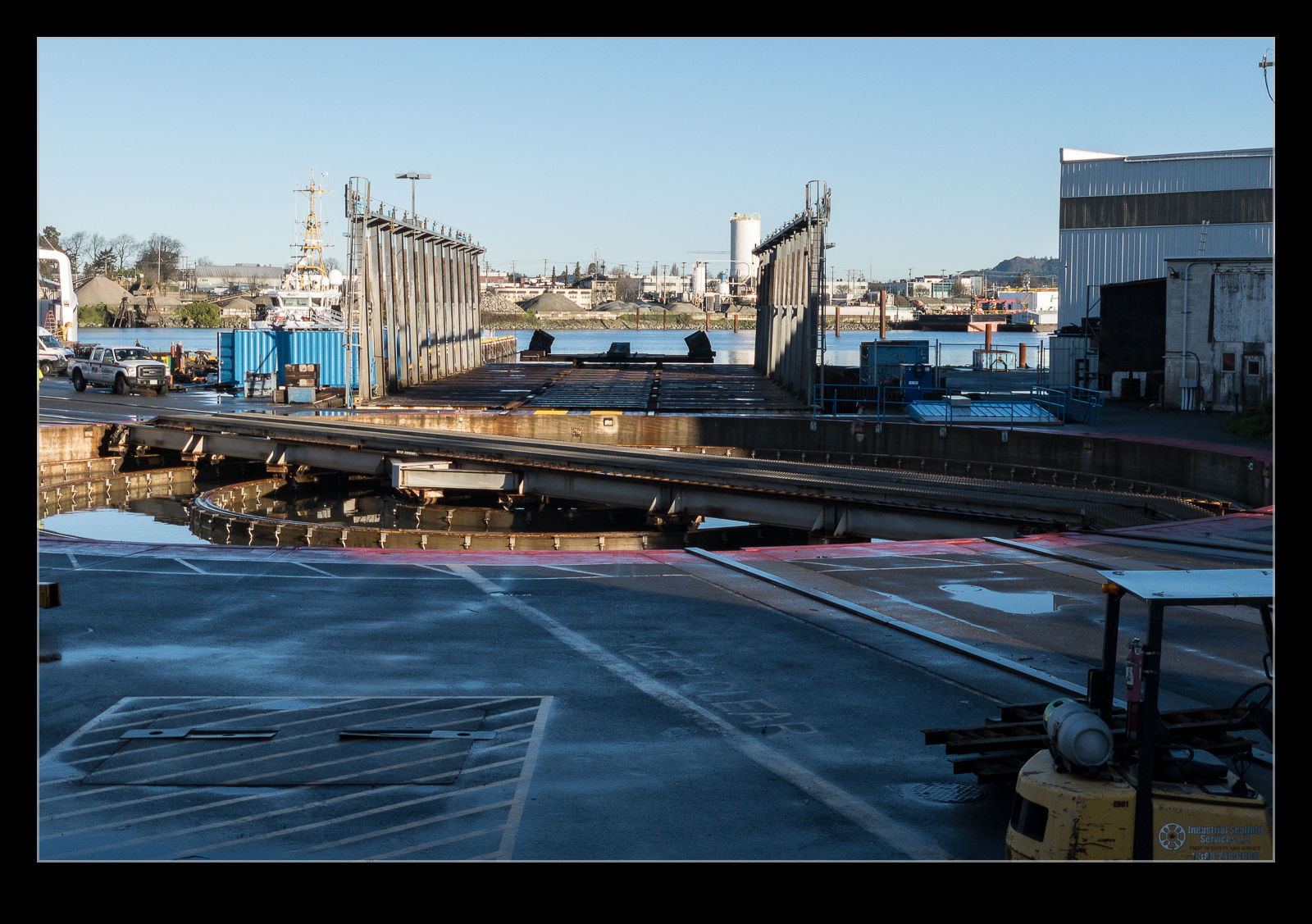 The walk from our hotel in Victoria to a favorite breakfast spot took us alongside one of the local shipyards.  This yard had plenty of decent sized vessels out of the water and being worked on.  I was quite taken by their method of moving the boats around.  They have a lift area in the water and then the ships get put on supports on rails.  There is a turntable in the yard which allows each vessel to be moved to a different part of the yard.  I had seen a hint of this on Google Maps before we went so was interested to check it out when we walked by. 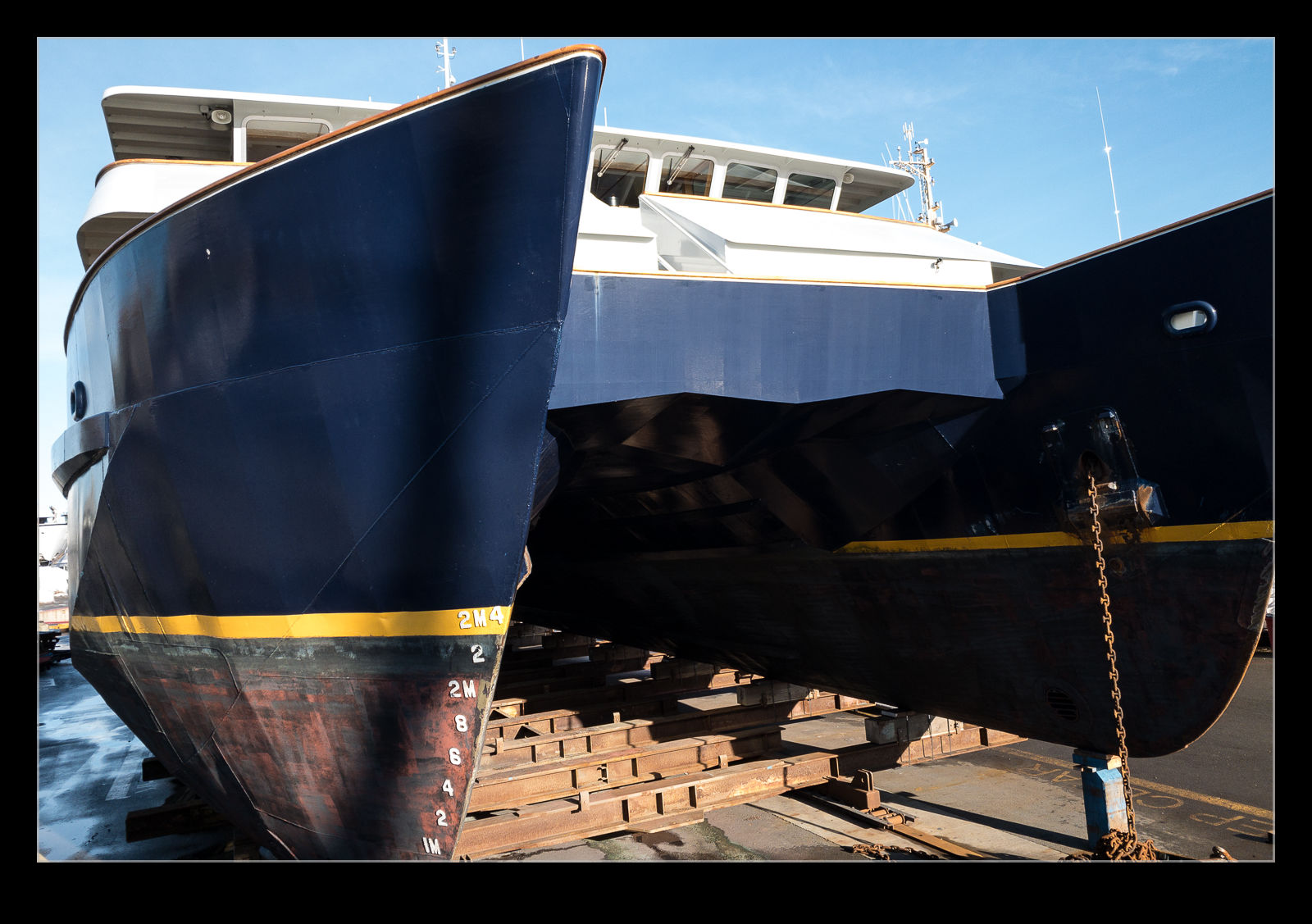 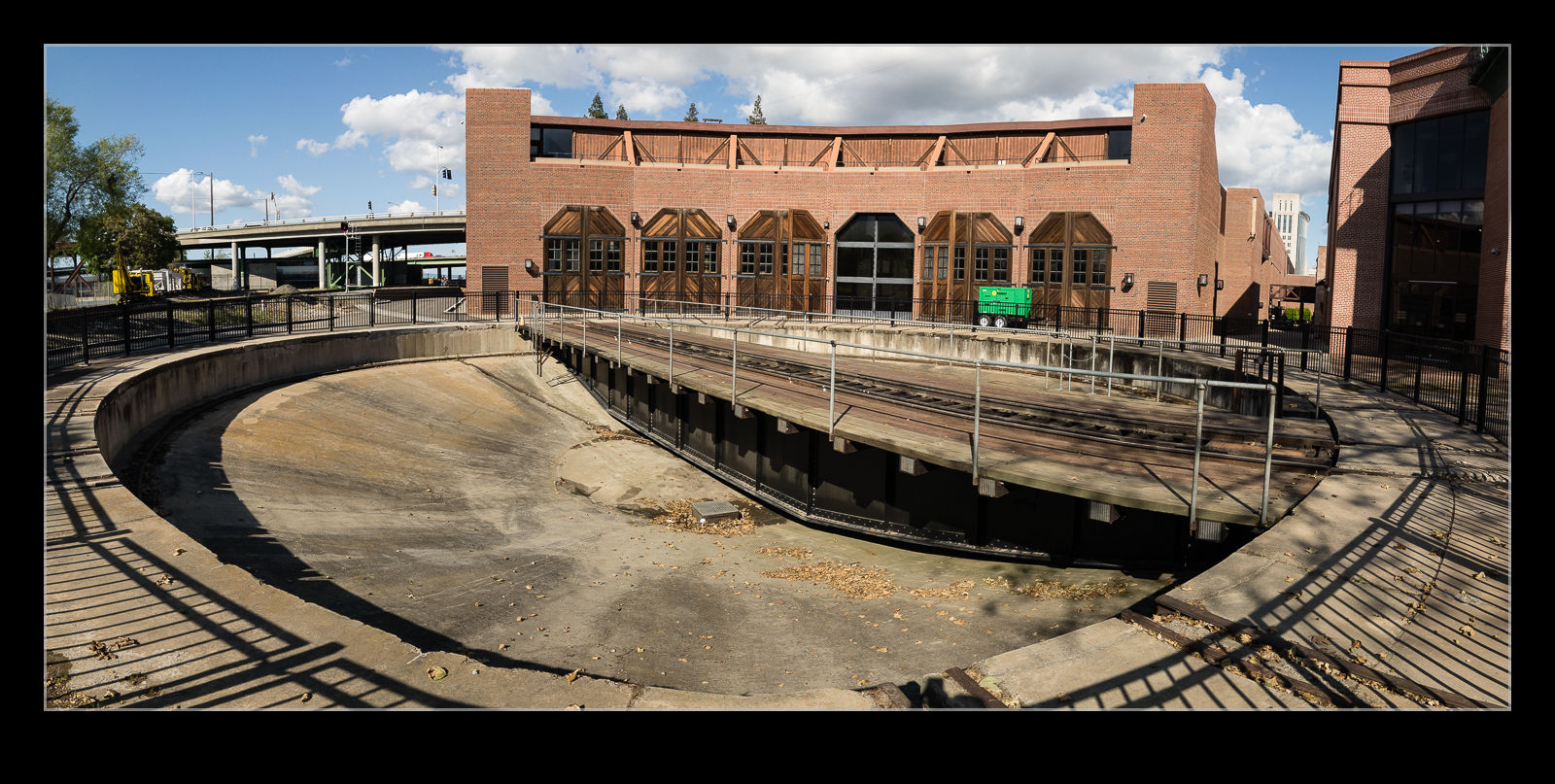