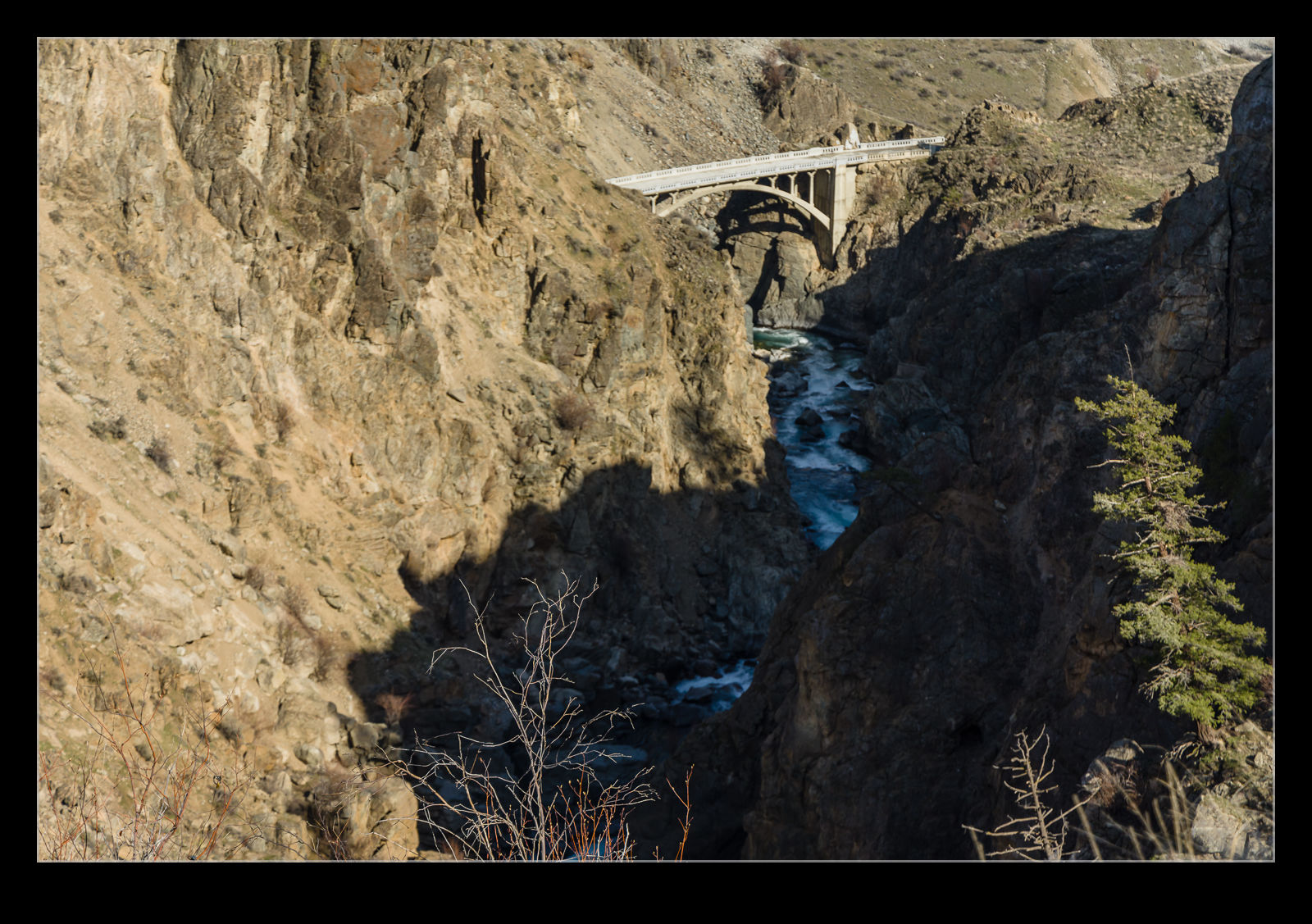 A few years back, we made a trip across the North Cascades Highway and back across Stevens Pass.  One of the stops on that route was Chelan Falls.  I was hoping to get photos of the falls but they were hard to see and the sun was backlighting them anyway.  I still had a post about it but there wasn’t a huge amount to show for it.  Work recently took me to Chelan and I figured I would try finding another view on the falls after the conference day was done. 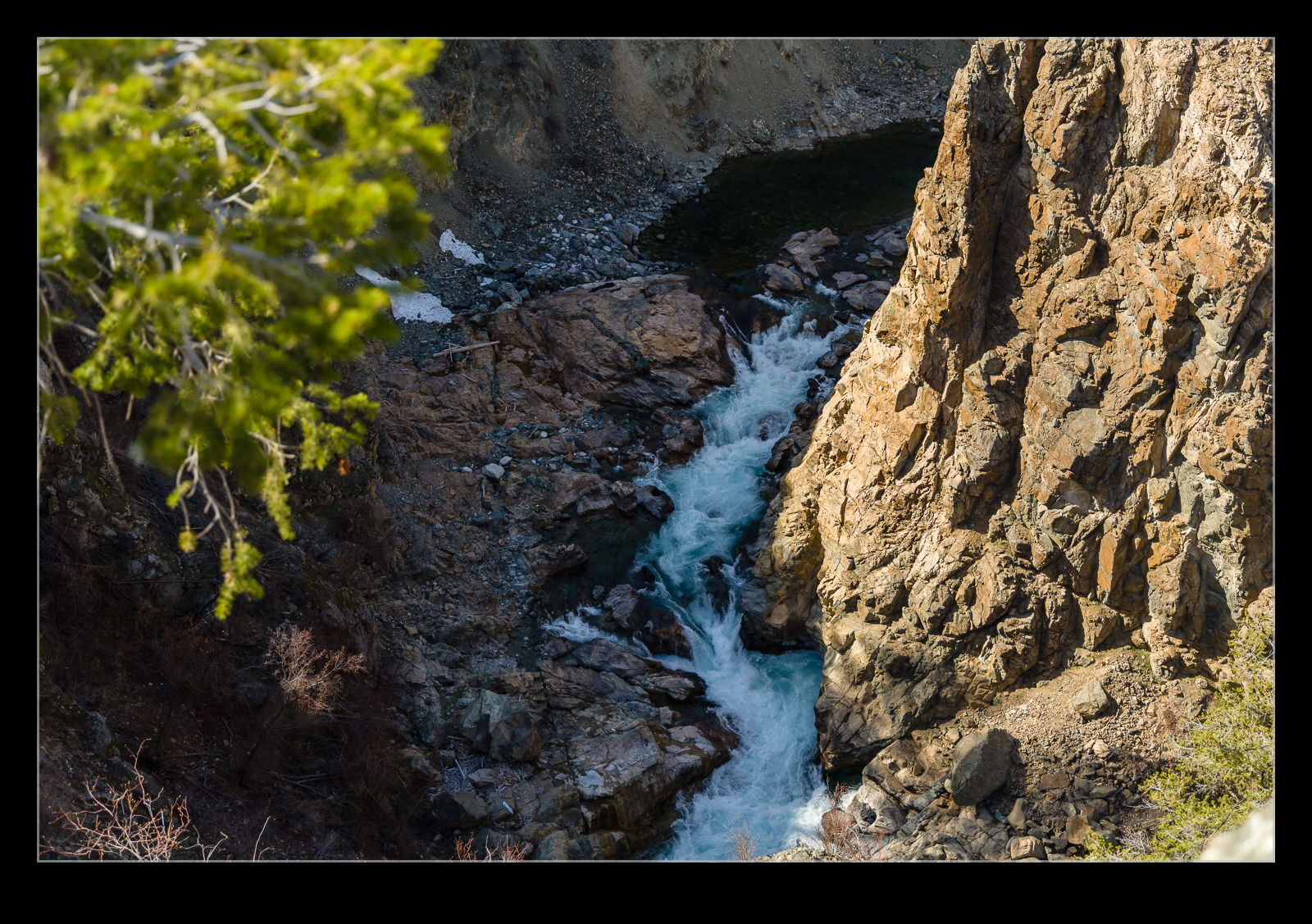 Looking at Google Maps, there was a road that ran alongside the gorge that the river was flowing through.  This road was confusingly named Gorge Road!  It was not a paved road but it was actually a very smooth dirt surface.  What was more intimidating about it was that it had some very steep drop-offs at the edge with a long drop below them! 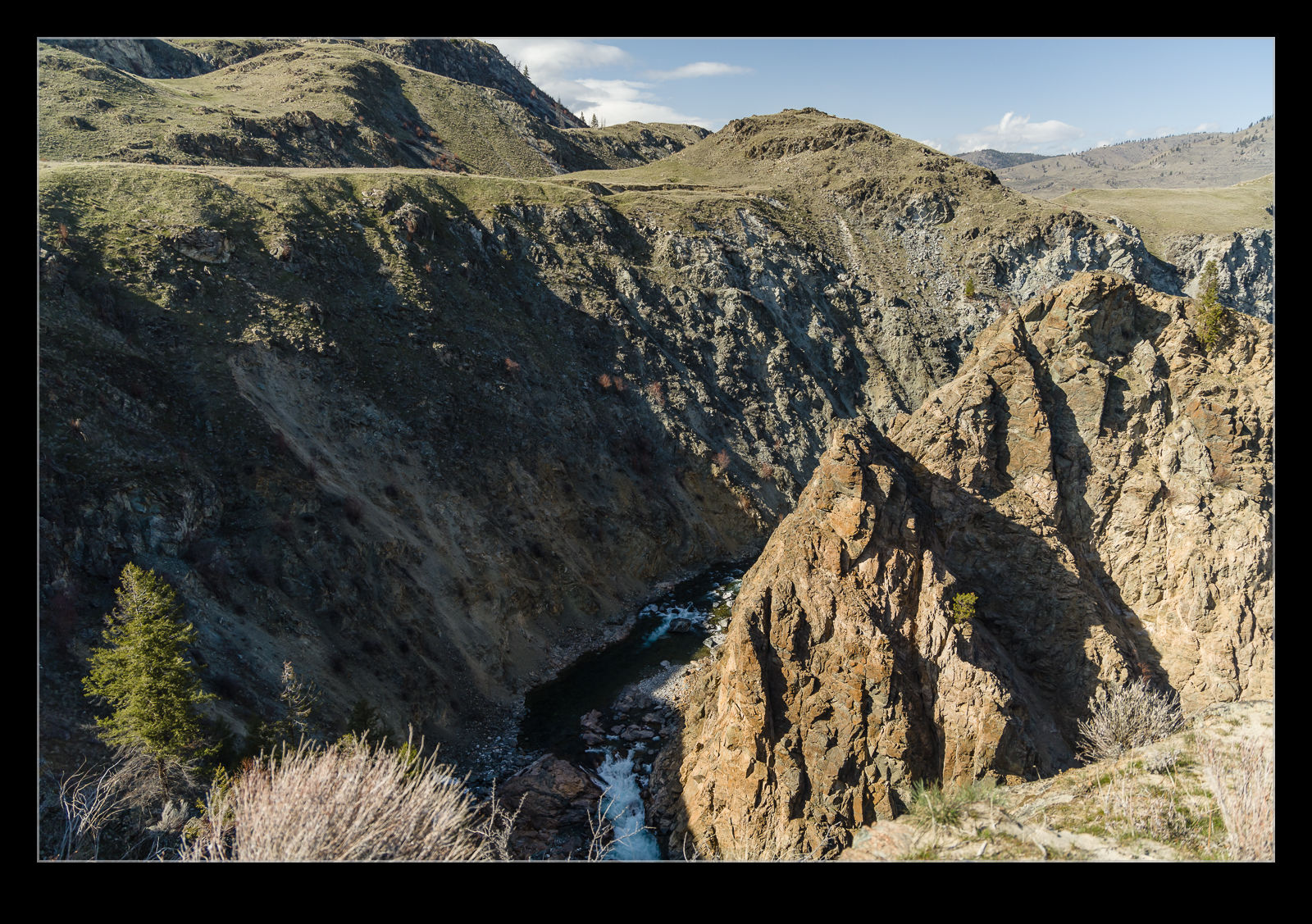 I was able to see some of the river areas from the road but, being so far above it, meant things were rather distant.  I could also get an oblique view of the lower falls and the bridge across them.  It was a lovely sunny late afternoon so a nice time to be out and about with the camera.  It was also a bit warmer than on our side of the mountains so a good time to explore.