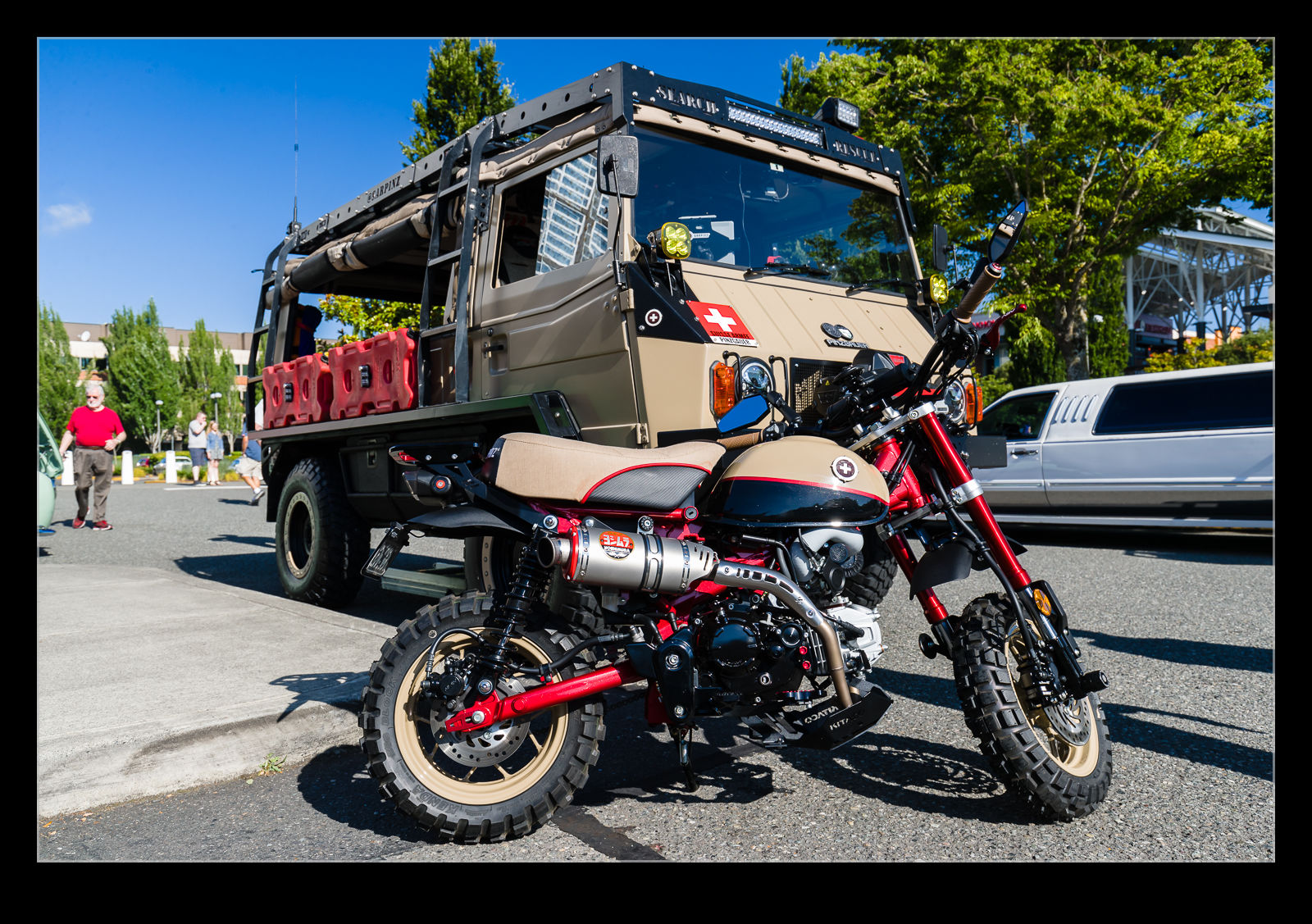 More from Exotics@RTC with this one, a Pinzgauer.  This was a beast of a vehicle.  Looking at it the idea of Paris-Dakar sprang to mind.  It looked like it would be capable of taking on any number of adventures.  It’s entirely possible that the owner doesn’t go further afield than local car meets but maybe they really do put it to the test.  Either way, it was quite a cool looking vehicle.  From what I understand, this is an early generation of the vehicle and, while they were sold to militaries around the world, they were also sold to the civilian market.  A newer generation came along but this is the older version.  Production has stopped at this point. 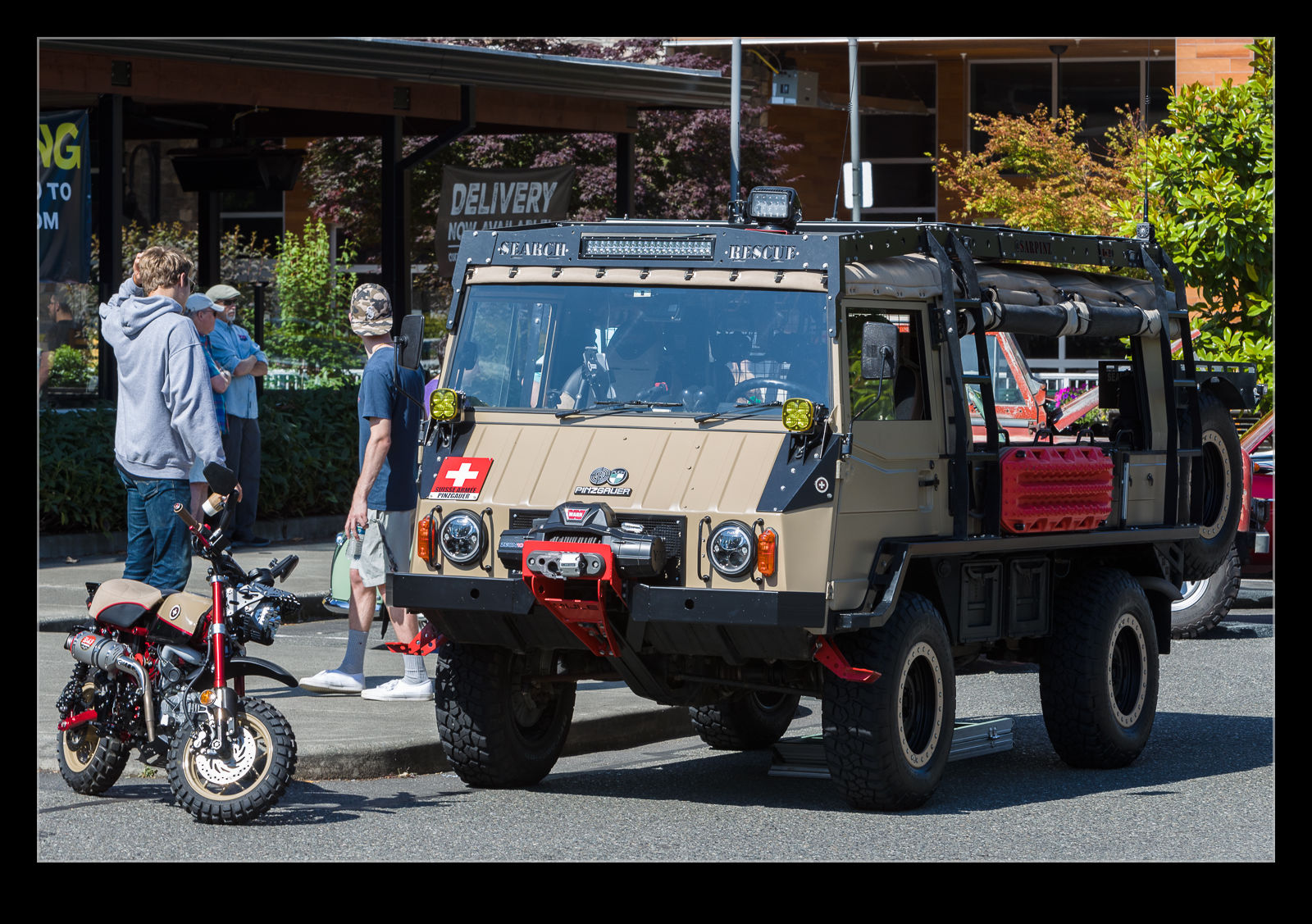