A while back I took a drive around some streets on the hill overlooking Boeing Field.  I was looking for a good location to get a shot of the field and, since you have a lot of elevation, to see whether you could get a look down on arriving and departing traffic.  At the time, I didn’t find much.  There is a lot of tree growth up there where there aren’t buildings and I thought I was out of luck.

More recently, I was looking at some photos posted by local photographers and saw exactly what I had previously been looking for.  I took a look at the backgrounds to the shots and tried to triangulate where the photographer might have been.  I focused on an area that looked like it would be right and then took a closer look on Google Maps.  There appeared to be a pathway through the bushes to an open area so I figured an exploration was in order. 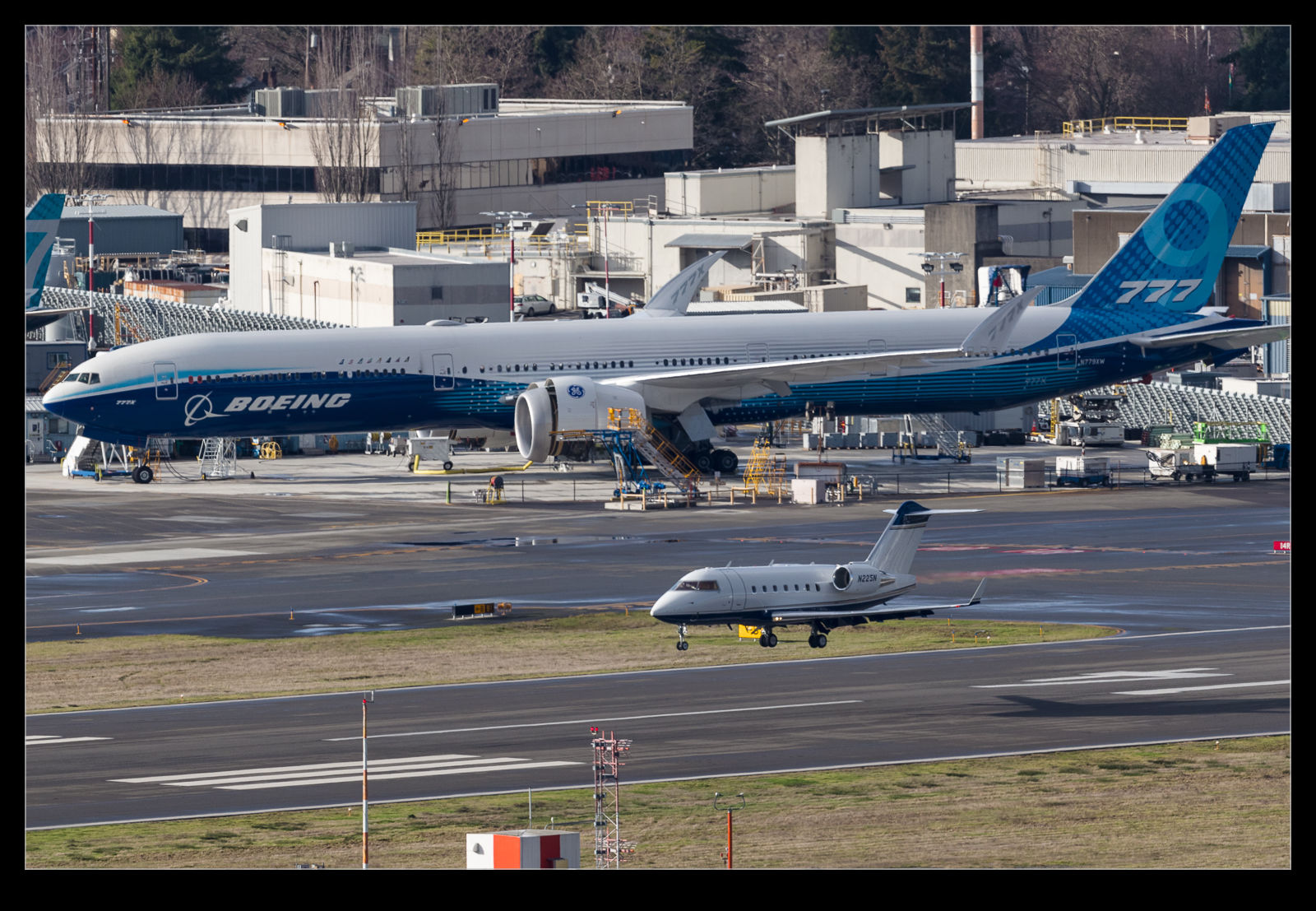 The path was there if a little overgrown.  There was some crap at the entrance which made me wonder whether this was somewhere I really wanted to go but I walked in sans kit to see what it was like.  Turned out to be a pretty good spot.  A great view over the airfield looking down on the ramp but the terminal and the Boeing ramp on the opposite side.  It is a morning location ideally because, at this time of year, the light has moved around by late morning.  However, while I was late, it was still an option.  If things get cloudy, it helps a lot. 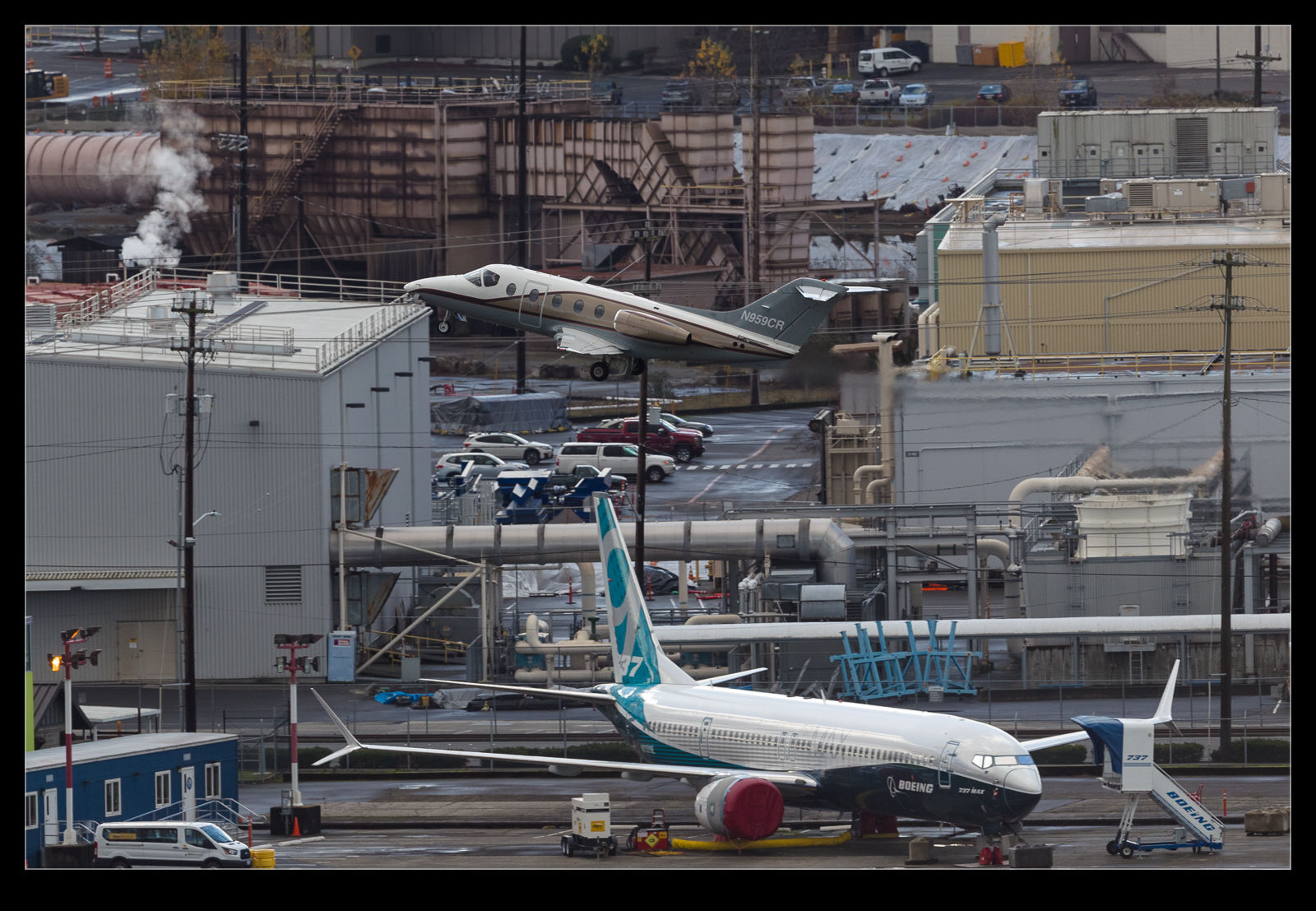 You are quite a way from the action.  It was time for the longest lenses and, even then, a bit of cropping is required for some angles.  Also, you get some cluttered backgrounds against which the smaller planes can be lost making the shots of little value.  It does provide for a different view and, unlike the other spots I shoot at BFI, you can get arrivals and departures.  I did try a second visit one morning but it was foggy and the field was shut down!  However, I shall given the location another visit at some point soon.  The light would last longer in the summer but I suspect heat haze will be a real problem by then.