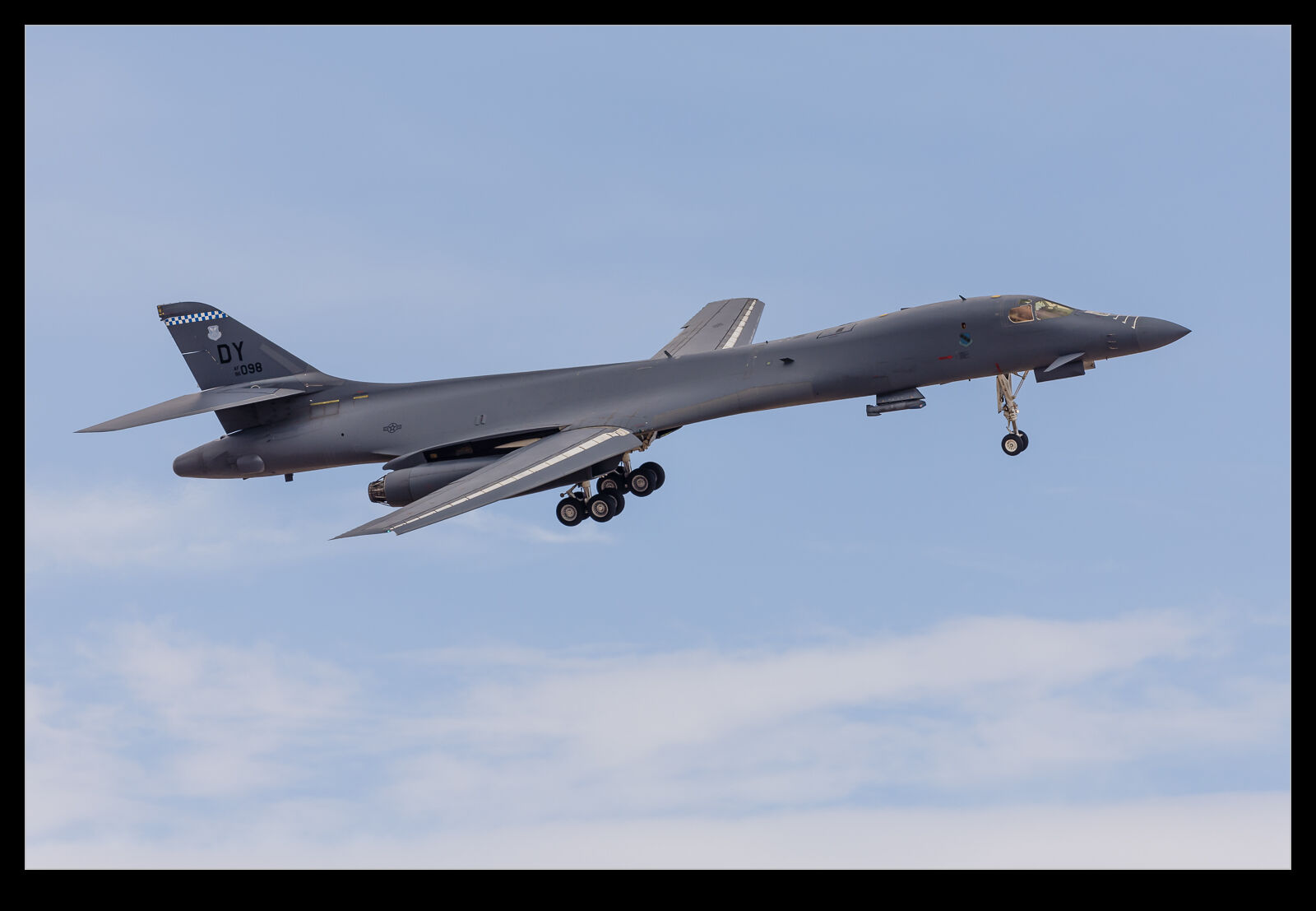 Red Flag 22-2 included a detachment of B-1B Lancers.  The Bone is a cracking jet as it combines the size of a bomber with the shaping and engines of a fighter.  It is an elegant shape whether the wings are fully swept or not.  I have shot them at Nellis a few times over the years but I was still keen to get some shots of them on this trip.  Unfortunately, things did not quite go to plan. 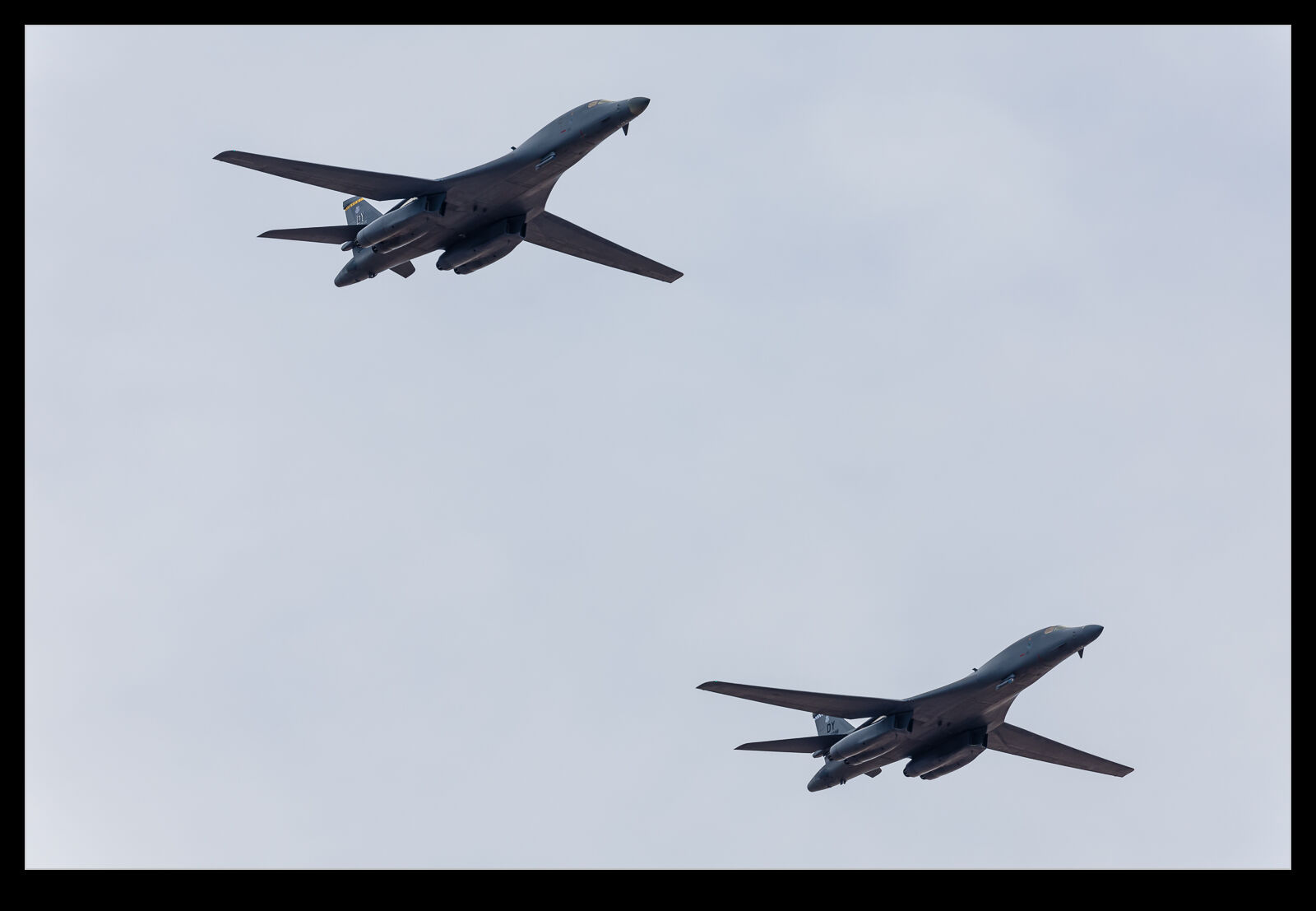 They didn’t fly on the day that I arrived.  I had gone out in the evening for the night launch but they were not part of it.  The following morning, they launched a lot earlier than I expected so I was still at Cheyenne when they went.  My last day, they again didn’t launch.  That meant the recoveries from the early launch were my only chance. 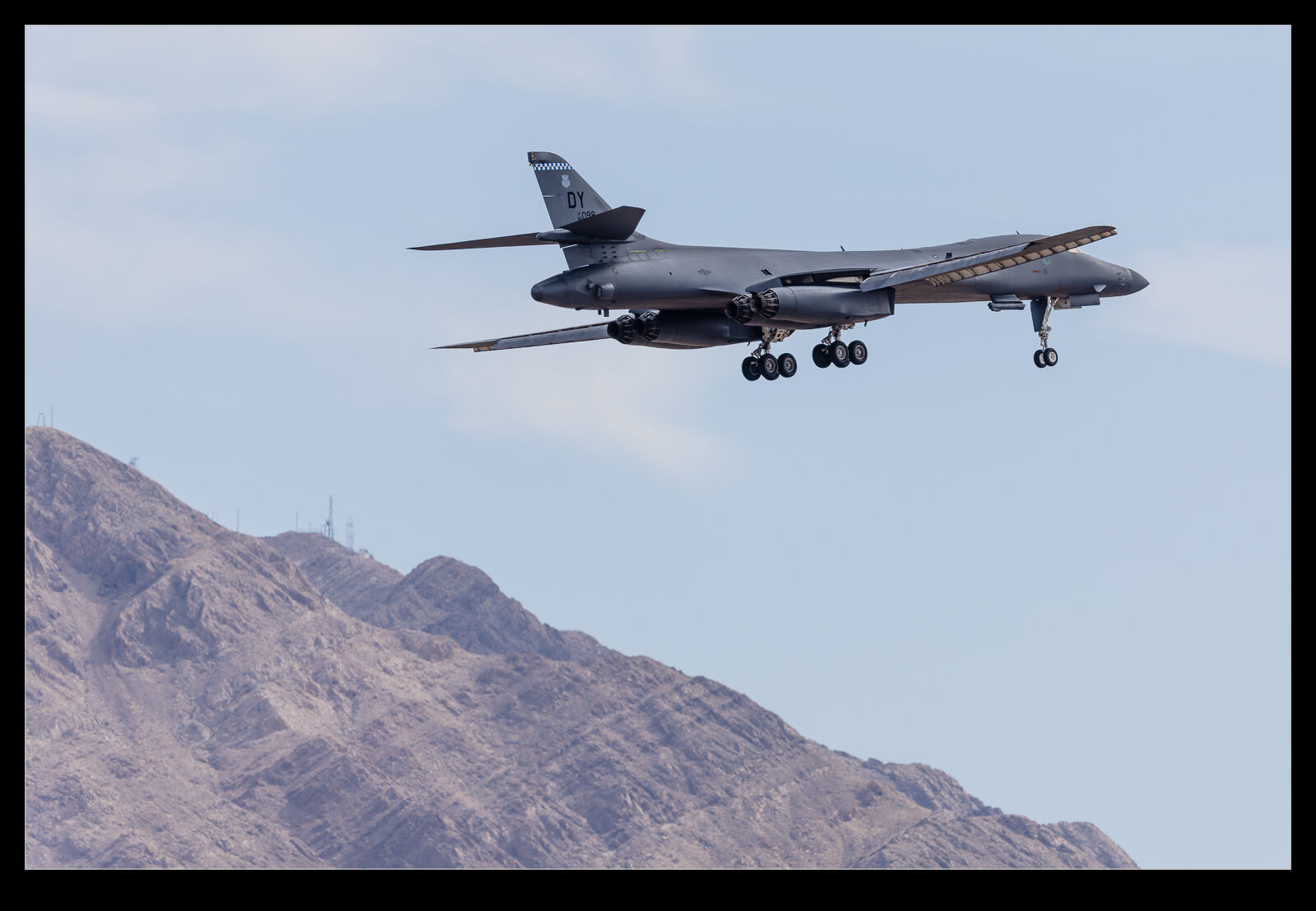 Weather was not helping too much.  This was not just for the Bones.  It was pretty overcast for a good chunk of the afternoon.  The two jets came back in formation and broke into the pattern.  Thankfully, the arrivals were using the 21s and they were allocated to the right runway.  A pretty sporty pattern for a big jet combined with me having chosen a good spot by the Speedway meant that they were almost filling the frame as they turned on to final.  Some nicer light would have been great but, since this was all I was getting in daylight, it would have to do. 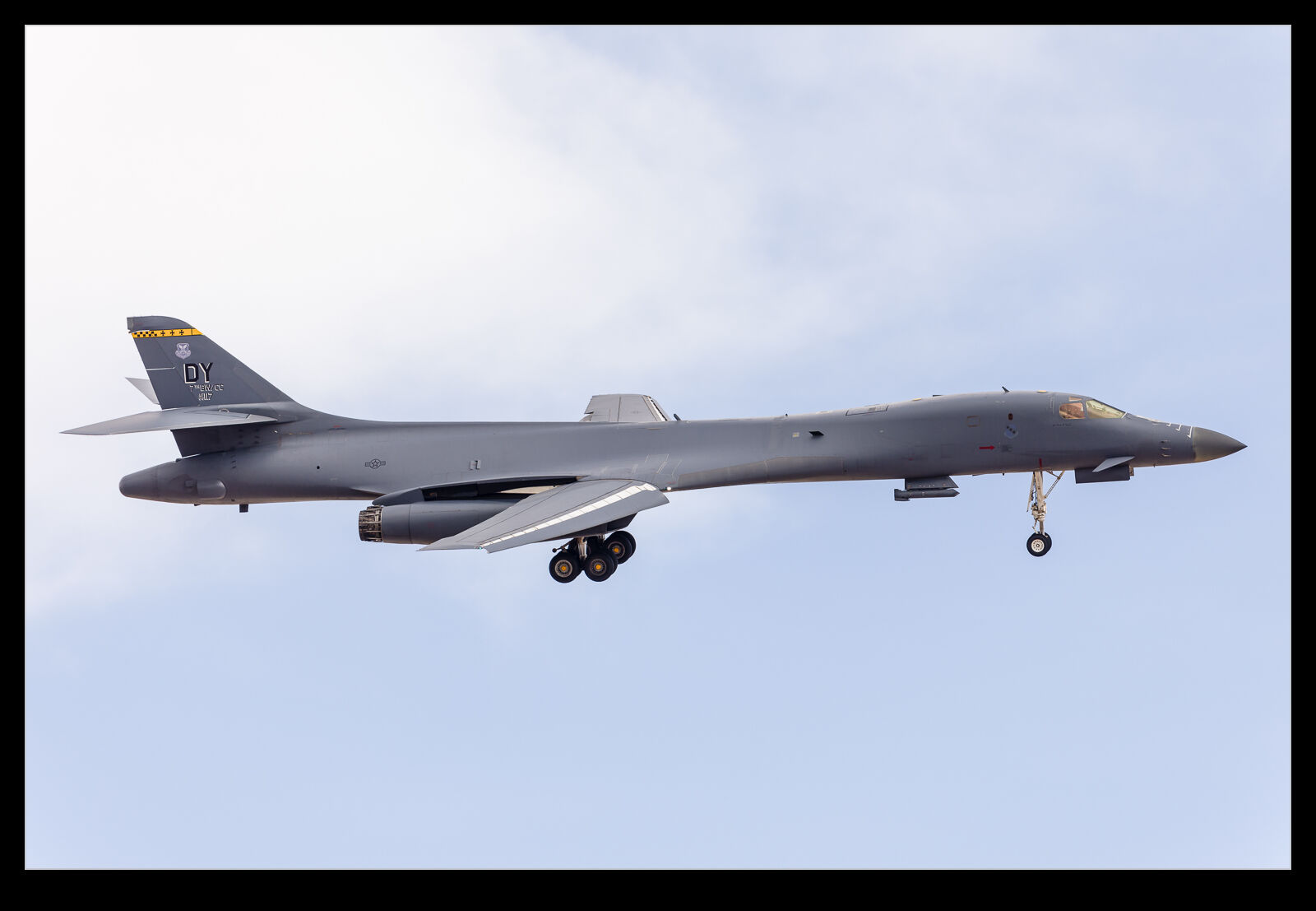 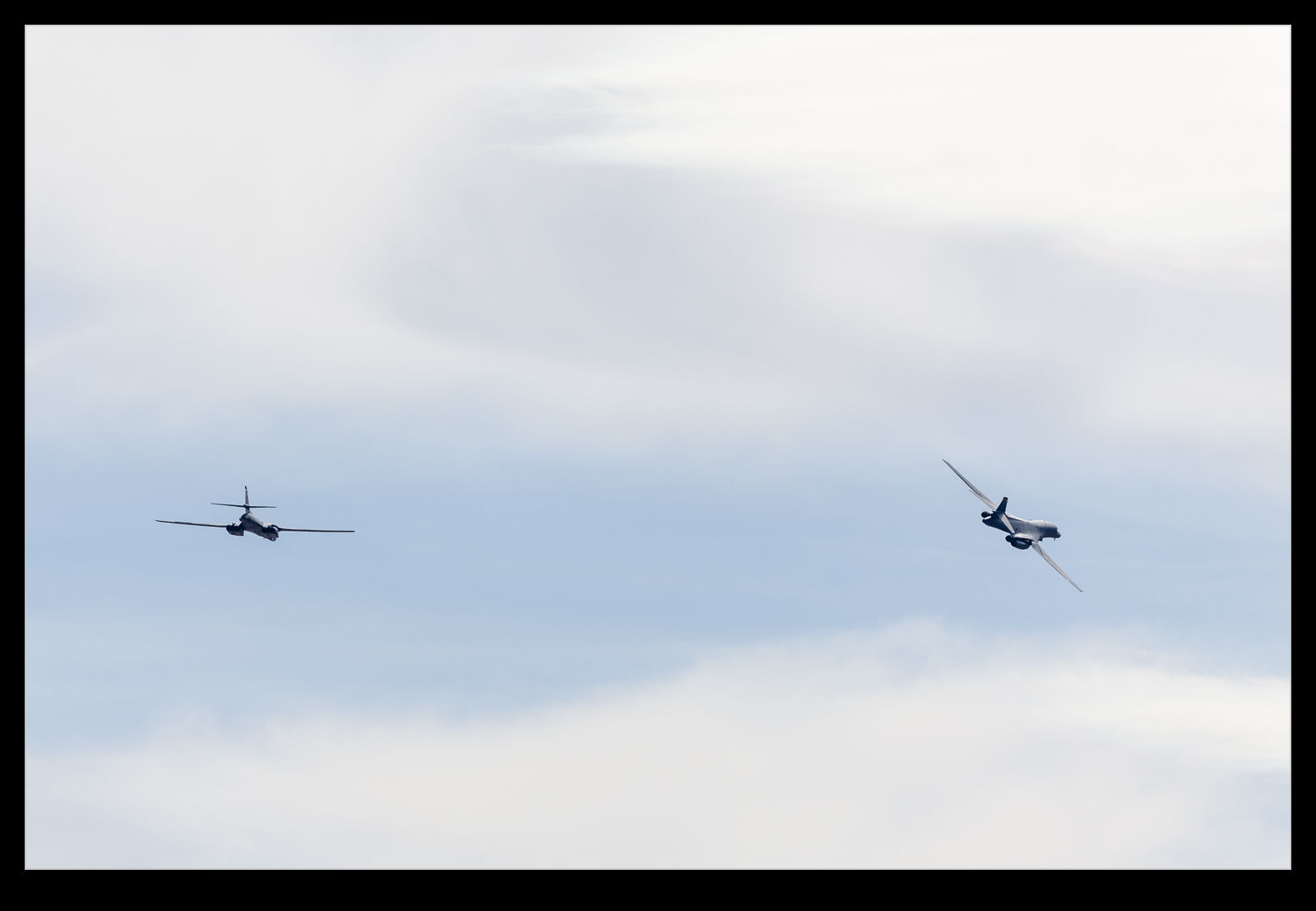