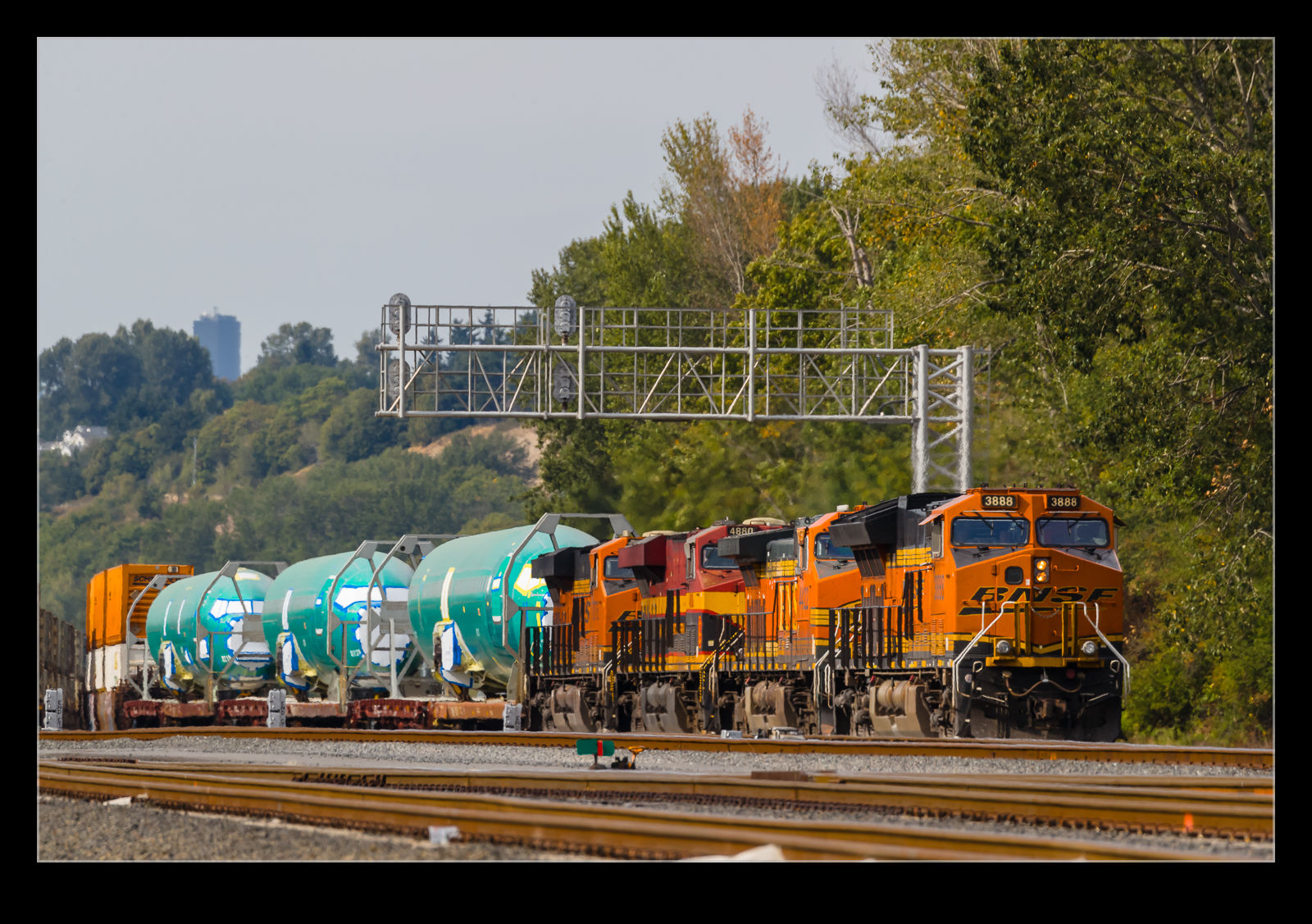 I might be sneaking some planes in to a post that would normally be a non-aviation day but I am going to claim that this is a post about trains rather than planes.  If you don’t agree, I shall refund your subscription fee!  The BNSF main line runs alongside Boeing Field and I saw a train run past the north end of the field heading south with three 737 fuselages on their railcars.  I figured I wouldn’t be able to get around in time to see them up close but then the train seemed to slow. 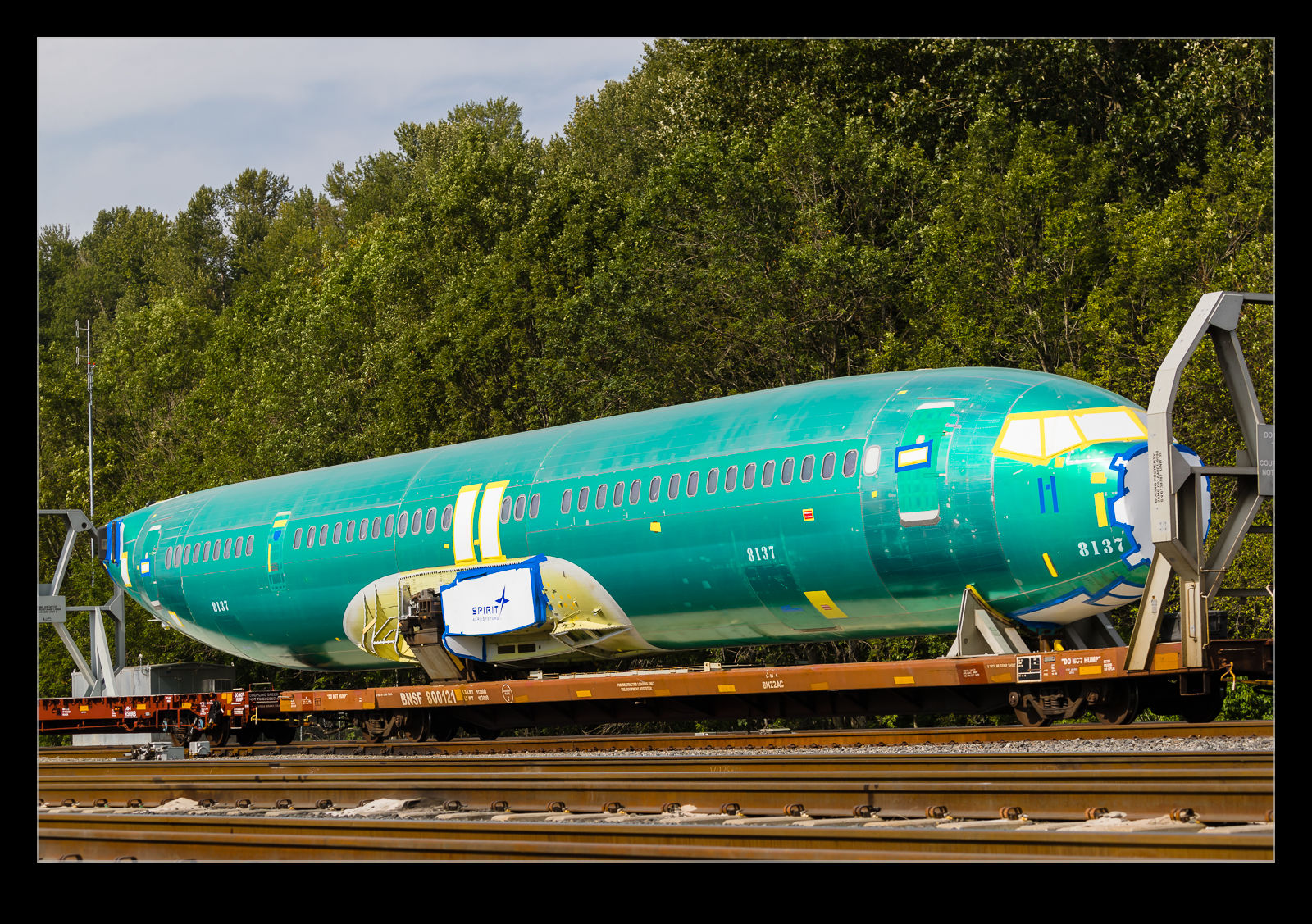 I figured it was worth a shot and drove around.  The train has stopped but it was also behind another stopped train so I couldn’t see it easily.  Instead, I head further along the track to a location where you could look up towards the train and where you would have an angle on it as it moved again – assuming it did of course.  There was quite a wait for some passing commuter trains before it finally got going.  The three fuselages will probably have been switched out at the yard just south of where I was and then moved to the Boeing factory at Renton. 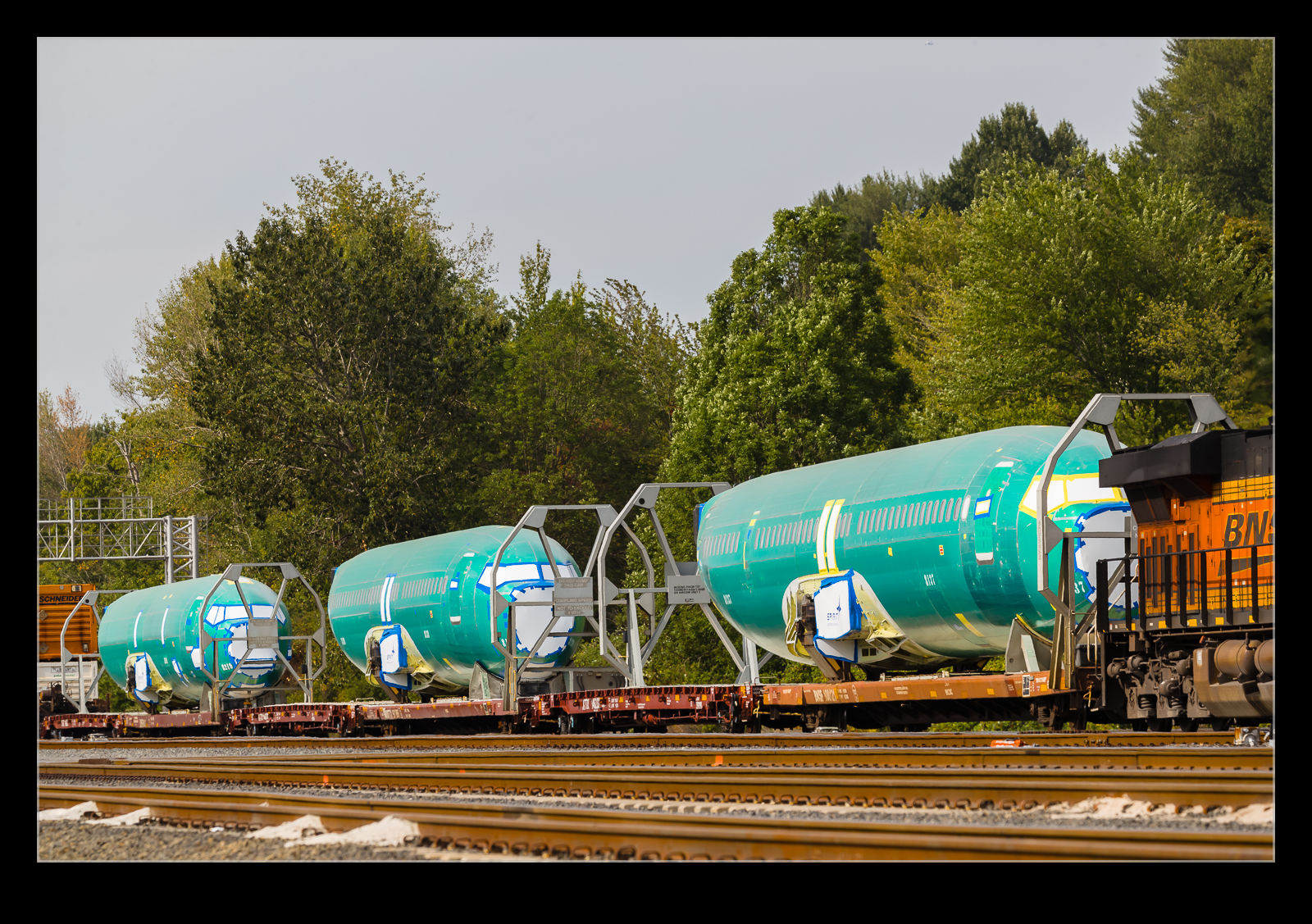 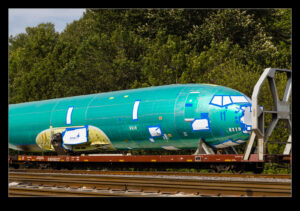 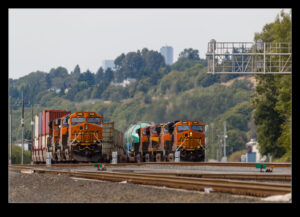