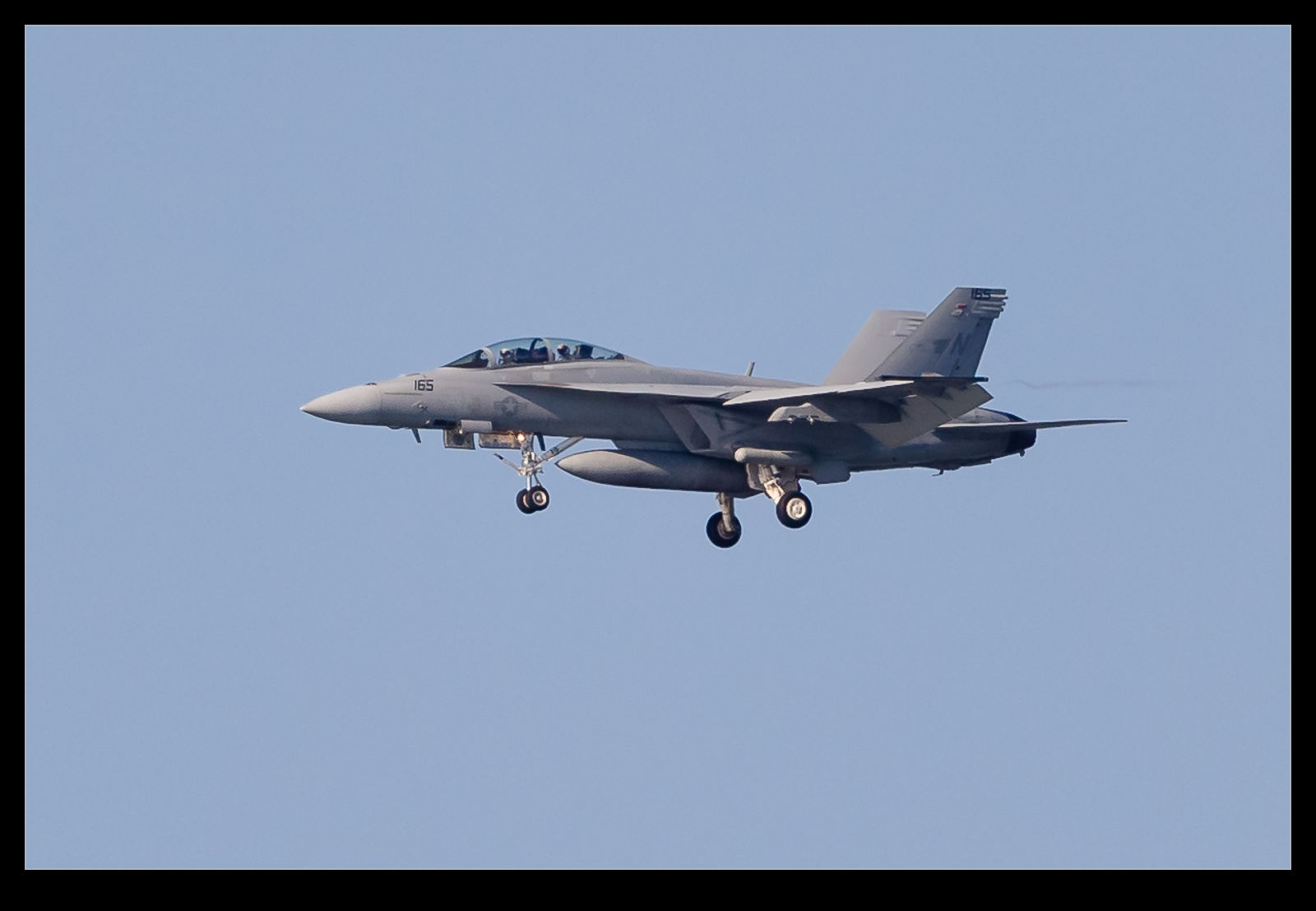 SFO might get the occasional military movement but it is primarily civil traffic you see there.  Roger and I were chatting when we noticed something small on the approach.  Initially I assumed a business jet but then the shape became clearer and it was a Super Hornet.  In fact, there were two with the second close in trail.  From our location they were a bit far out but still an interesting pair of visitors to photograph. 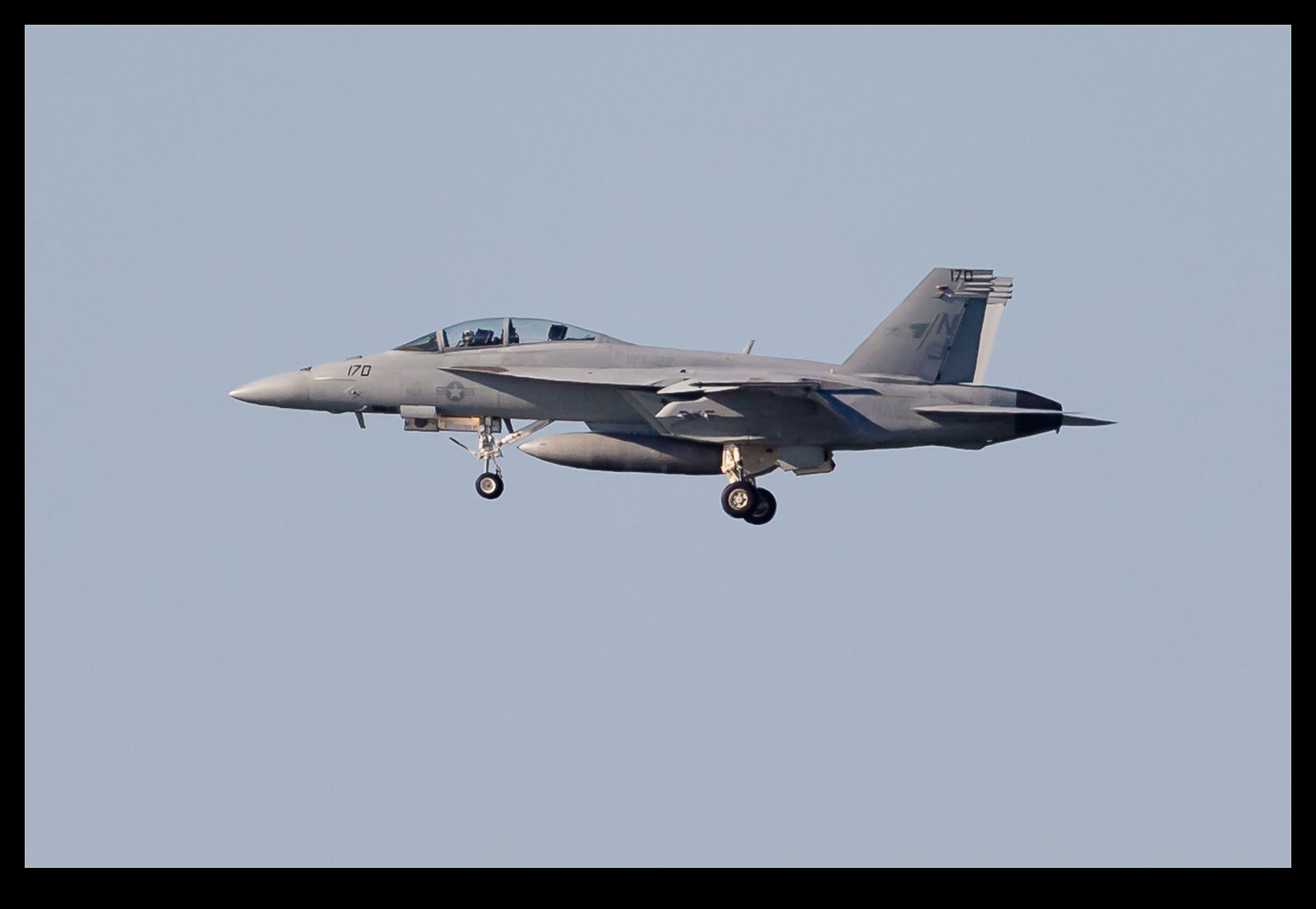